It’s a testament to just how impactful the e-shift system is that we
haven’t yet mentioned that more traditional strength of JVC’s D-ILA
projectors: contrast. Even though the JVC X75 is nothing short of
astonishing in this department.

The depth of blacks the projector hits are to our mind unprecedented, certainly on any projector below £10,000. The black ‘gap’ between the black velvet frame around our projector screen and the in-image blacks delivered by JVC’s projector is almost indistinguishable, with practically none of the usual grey wash effect.

Put within the context of the image on the screen rather than the frame around it (!), this spectacular black resolution has a profound effect in numerous ways. First, since the JVC DLA-X75 achieves its extraordinary blacks without having to compromise its light output, images deliver a huge sense of contrast, as the immaculate blacks sit right alongside bold, punchy colours and strikingly pure, dynamic whites in a way no other projector tech – not even DLP – can deliver. Even if you spend thousands of pounds more.

The appearance of such excellent black colours also enhances the look of the rest of the colour palette, enabling the reproduction of a gorgeously subtle, natural and diverse colour range in dark parts of picture, as well as helping to give extra lustre to bright colours by giving them such a dark foundation to stand out against.

Also pretty remarkable is the impact the JVC X75 black levels have on the sense of depth in the image. The thing is, since the projector achieves its blackness natively, without having to dim the image’s overall brightness, it’s able to deliver subtle shadow details in dark corners and backgrounds that get crushed into oblivion on lesser projectors. This helps dark scenes achieve a sense of depth every bit as profound as that witnessed with bright scenes, which in turn makes the X75’s dark scenes look wholly consistent in depth terms with bright scenes, adding up to a more immersive experience.

One more great attraction of the X75 with 2D viewing is how quietly it runs. We found the low lamp power setting gave the best picture results in a dark room, and in this configuration the projector emits hardly any running noise at all. Outstanding. 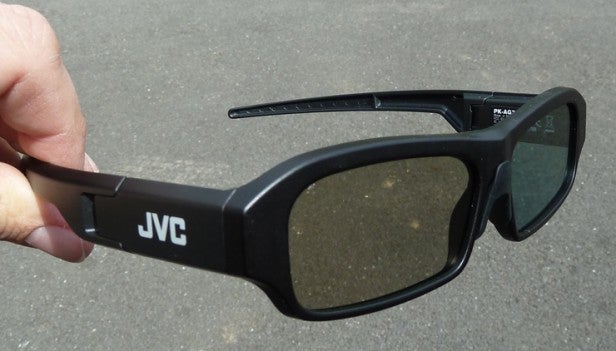 Donning a pair of JVC’s 3D glasses mostly continues our love affair with the JVC X75. The extreme contrast performance helps to delineate an outstanding sense of depth and space in the 3D frame, and shadow details galore remain in evidence during dark scenes despite the dimming impact of the glasses. Fine detail levels are high too, and colours still look punchy and natural.

There are a trio of little 3D niggles, though. First, the projector doesn’t automatically shift to its 3D image preset, even though that preset delivers colour tones calibrated to compensate for the effect of JVC’s glasses. Second, motion looks a little uncomfortable, with some slight double edging over some objects as they pass across the screen.

Finally, selecting the 3D preset puts the projector into high lamp output mode, resulting in a substantial increase in the projector’s running noise. Because of this latter issue you might prefer to use for your 3D viewing a tweaked version of one of the other picture presets that doesn’t use the high lamp mode. But if you try this, you’ll have to be prepared for quite a reduction in the 3D image’s brightness.

Despite the trio of 3D issues, though, the JVC DLA-X75 remains a hugely enjoyable 3D experience overall – especially as 3D always makes far more sense when it’s applied to a screen as large as a projector can satisfy. 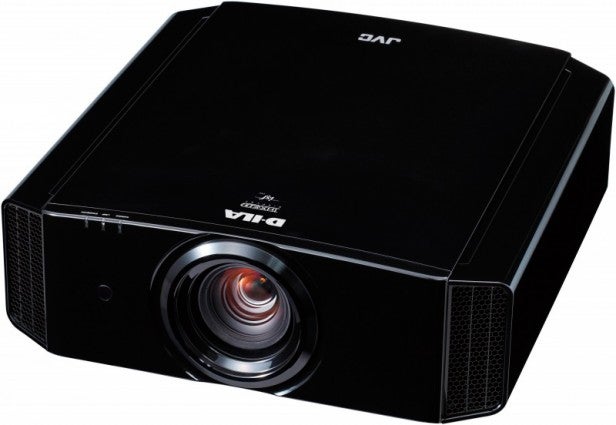 The X75 is comfortably the finest sub-£10k projector we’ve ever tested – a true reference projector that’s also great value considering the quality on offer. If you’re a true home cinema enthusiast, it’s the projector to aspire to.