If you’re already feeling a bit confused by this whole new 4k resolution thing that’s starting to happen this year, we’re about to confuse you a bit more. For pointed at our 100in test screen right now is a 4k projector that isn’t really a 4k projector.

The model in question is JVC’s DLA-X55. And despite our slightly sinister-sounding opening paragraph, it’s actually a model we’re seriously excited about.

First off, let’s address the 4k question as straightforwardly as possible. The thing is, the X55 is the first JVC model to offer the second generation of the brand’s ‘e-shift’ system – the aptly named e-shift 2. What e-shift does is pass the projector’s images through two Full HD optical devices, one offset diagonally by half a pixel from the other, so that the number of pixels used to produce the final picture is essentially doubled to a pixel count of 3840×2160 – the same number you’d get in one of the new 4k TVs starting to arrive on the AV scene. 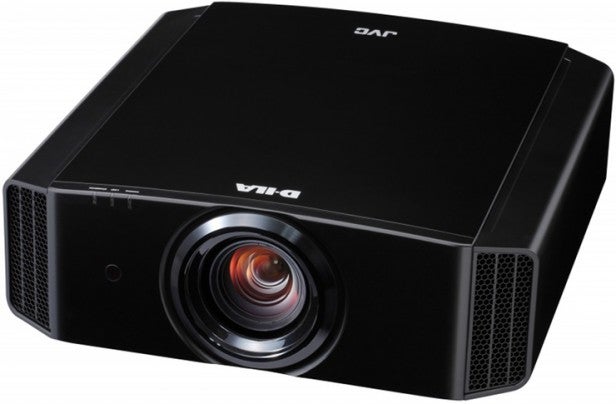 However, unlike true 4k projectors and TVs, the X55 can’t play native 4k sources. Its e-shift technology is designed to add more pixel density to standard HD sources – no more, no less.

Some might find this ‘sort of 4k, but not really 4k’ approach a bit cheeky on JVC’s part; a misleading attempt to cash in on the growing interest in the 4k format. We’d rather take the view that JVC’s motives are pure though. For while the X55’s e-shift system won’t deliver the same sort of video thrills you might expect from a true 4k projector, we know from seeing it in action on last year’s JVC X70 and X90 models that it can, without costing a fortune, improve HD picture quality, creating a more textured image free of the sort of jagged contouring and line/pixel structure that affects normal HD projection at the sort of very large image sizes associated with front projection.

JVC has improved the e-shift system for its second-generation outing, too. The new e-shift 2 engine, as it’s imaginatively known, features more powerful upscaling technology that a) analyses sources using an eight-band filter rather than the simple two-band (i.e – just high and low frequencies) filter that was used previously, and b) assesses sources at a 21-pixel by 21-pixel level versus the previous 6 x 6-pixel it was capable of scrutinising before. Both of these are considerable improvements that should result in a more accurate and subtle upscaled image.

JVC has also improved its e-shift functionality by giving end users a decent level of control over it. It was always on with 2D sources with the X70 and X90, whereas now you can turn it off if you find its influence unhelpful with some sources. Better still, you can now also fine tune its impact on the final look of your pictures via a new onscreen menu system. 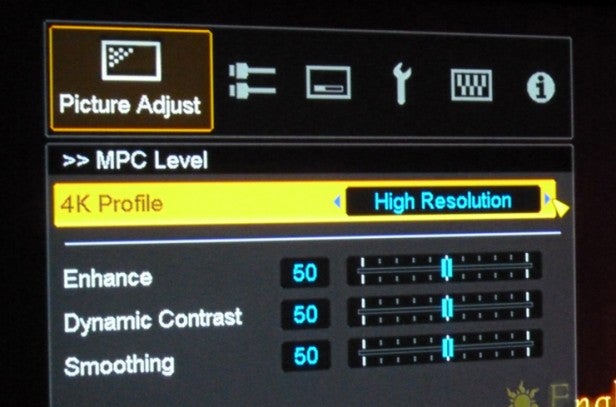 If you’ve followed JVC projectors over the years, you might be feeling a little puzzled by the X55’s name. After all, it doesn’t fit in with the 3, 7 and 9-based naming conventions employed by JVC’s previous projector ranges. The answer to this is that the X55 is a wholly new proposition from JVC, designed with one rather excellent purpose in mind: to make the 4k e-shift technology we’ve just been talking about available at a much cheaper price point than it was last year.

So, whereas the X70 entry point model for e-shift in 2012 was the best part of seven grand, the X55 costs just under five. It’s still not cheap by any means, but does represent a fairly significant drop in price nonetheless.

Next
Set up & 3D Performance Review