Every year it’s seems like it’s the same old story with iOS updates and performance. During the 12 months or so the update is available, it slowly gets less buggy, smoother and more refined. Then when the next big update hits, most of that work seems to be lost.

The same can be said for iOS 9.

When compared to iOS 8.4.1, iOS 9 noticeably stutters on my iPhone 6. It’s not constant, but it happens in places it didn’t before. Dragging down the Spotlight search, for instance, or quickly jumping from one app to another. I won’t dwell on these issues for too long, because I’m sure they’ll get fixed, but it’s shame they’re here to begin with. 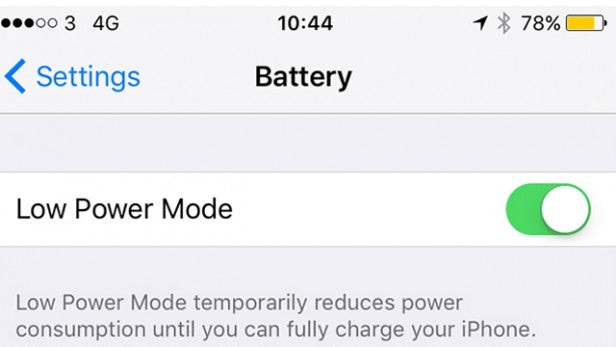 They’ve been common on Android devices for years, but in iOS 9 the iPhone – interestingly not the iPad – finally has its own low power battery saving mode.

It’ll automatically flip on when you dip below 20% and hit the red, but it can be manually toggled on and off in Settings. You’ll know it’s on because the battery indicator turns yellow, and the iPhone becomes noticeably more sluggish.

To save battery, the mode removes certain animations, slims down background downloads, and halts app refresh. You could do most of this manually before, but it’s nice to have a neater and more automated solution available.

I’d say it’s about as successful as Android’s native solution, though seriously less powerful than alternatives from HTC and Samsung. I get about an extra 30-minutes of use – give or take – with the mode on, but it hampers performance seriously. Whether the trade-off is worth the extra battery completely depends on the situation. It’s great if you’re out and need the phone to keep going, but not for much else.

Content blockers – Even though ad-blockers have been commonplace on laptops for a while, similar solutions have never really made their way to mobile. On iOS, this has been because developers couldn’t build apps that directly affect how Safari functions. That’s all changed in iOS 9, with the addition of content blockers. 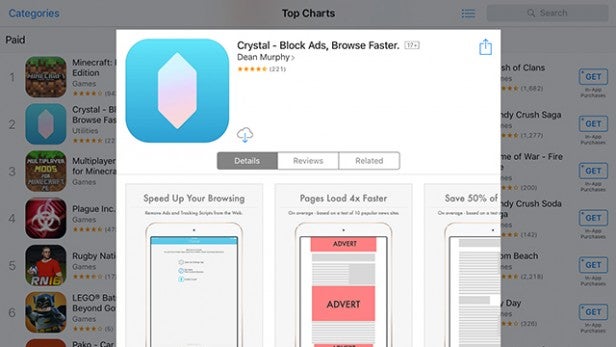 They work like this: Once you download a ‘content blocking’ app from App Store, a new option will appear in the Safari section of the Settings app allowing you to enable it. Some of the apps, 1Blockr is a good example, then let you delve deeper and be more specific about about what content it blocks.

Apple doesn’t specifically refer to these as ad-blocker as such, but it’s clear that’s what their main aim is. For the majority of people that’s going to be a great feature. No more pop-ups or screen filling ads, just content.

But, in adding in this feature, and for making it acceptable by allowing the apps on to the App Store and promoting them, Apple has opened up a whole can of worms. Websites, like the one you’re reading this review on, depend on ads for revenue. To keep on producing content. Yes, ads might be annoying, but they’re necessary. These content blockers don’t stop ads in Apple’s new News app. Ads which Apple takes a 30% cut from.

Smaller Updates / App thinning – When iOS 9 hit last year, my 16GB iPhone 5 didn’t have enough space to complete the upgrade, so I had to delete apps and photos for it to finish the installation process. A pain, especially when you consider iOS 8 needed over 4GB of free space to get going. With app thinner and smaller downloads, Apple has managed to bring the iOS 9 file size down to just over 1GB. A big improvement that will let help users with 16GB phones upgrade without having to sacrifice their memories. 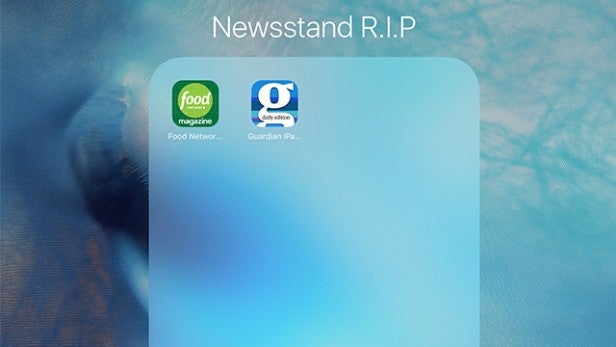 Newsstand R.I.P – Newsstand loyalists are few and far between, but I am one of them. Or, was one of them. The magazine aggregator that featured in iOS 8 is no more, replaced by a near useless folder with icons to dedicated apps for each of the subscriptions. It seems an odd thing to do, why get rid of it unless you somehow build it into the new News app?

If you’ve got a compatible iPhone, iPad or iPod Touch, I recommend you go ahead and update to iOS 9. There isn’t really any reason not to. It’s free, your device will be up-to-date and there are enough new features to make it worthwhile.

But, probably more than ever, iOS 9 is the start of a new era of the OS. Whereas everything used to be siloed off into individual compartments, it is now connected. Siri can create notes inside third-party downloads, Spotlight search isn’t restricted to the built-in apps and content blockers can directly affect what’s displayed in Safari.

If you’re an Android user this sense of openness won’t be something new, but it signals a change in direction from the once staunchly closed off iOS ecosystem.

Then you’ve got the more visual improvements. The changes to the keyboard are welcome, and while it’s far from perfect, the new Notes app is a massive improvement. Multitasking is implemented, and importantly works fantastically well. I still have reservations about the way apps are organised in the split-screen UI, but that’s a minor quibble.

Notifications are still poor though, and Apple’s insistence on pre-installing a shed load of useless apps is frustrating. Maybe these will finally get the updates they deserve in iOS 10, or iOS X.

A very good update for iPad owners with a enough useful additions to make it worthwhile.