Aside from News, Maps and Notes, changes to the stock iOS apps are minimal. Passbook has been renamed Wallet and can now be accessed with a very handy double-tap of TouchID from the lock-screen, though its functionality and overall looks remain the same.

Contact images now display next to senders in Messages on the iPhone 6 – this was previously reserved for the larger 6 Plus, while Mail’s only new features seem to be redesigned icons for marking items ‘read’, ‘archiving’ and ‘deleting.

The new iCloud Drive app is an interesting one, mainly because instead of being a default addition to your homescreen you have to manually toggle it on in Settings. Personally, I wish all, if not most, of Apple’s stock apps worked this way. I’d love to hide Stocks, the awful and constantly annoying Game Center, the even more useless Tips and the Watch app that pairs to my non-existent Apple Watch.

iCloud Drive is far from the smoothest and feature-rich storage solution, but at least the new app gives you a place to easily access everything. It’s the closest thing iOS has ever had to a file-system, which in itself is something of a disappointment, especially with the iPad Pro in the wings. 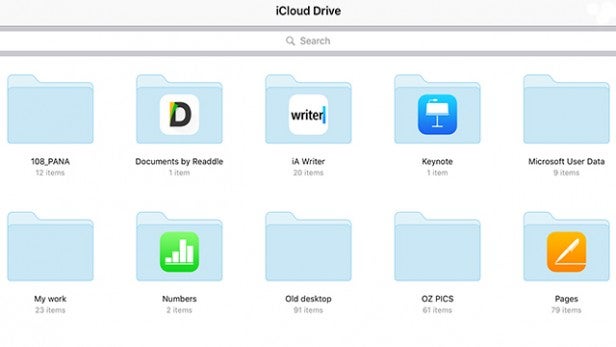 iOS 9 feels like the first version of the operating system where Apple has put its tablet before its phones during a software update.

‘Proper’ multitasking is the headline feature, so you can have two apps open side-by-side taking up half of the screen each. Or, one app can take slightly more room and give the secondary one a third of the display. If you’ve ever used two apps side by side on a Surface/Surface Pro running Windows 8, or Samsung Galaxy Android tablet, it’s the same sort of thing going on here. 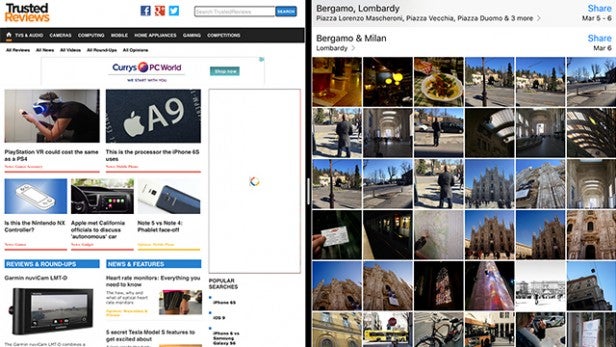 It works fantastically well, but there are some caveats. First-off you need an iPad Air 2 or the iPad mini 4, anything below that only gets you Slide Over, which lets you pull an app in from the side but not use two simultaneously. 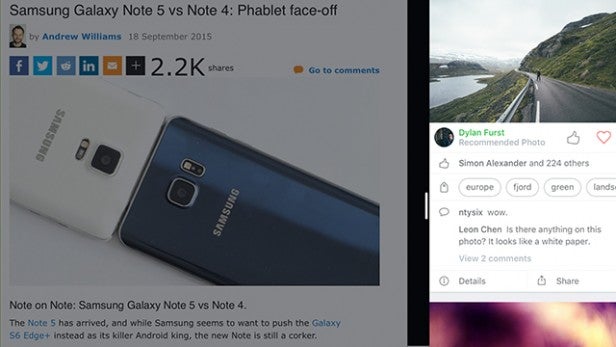 The next issue is compatibility – only apps that have been updated can support the feature. Scrolling through my list of supported brings up a couple I use everyday – The Guardian, Twitter and Word, plus a load of Apple’s stock apps – but there are plenty missing.

I also have issue with the way apps are presented in this multitasking view. When you swipe in from the right hand-side, you’re shown a list of all supported apps. But, you can’t remove any, reorder them or put them in folders. Once more apps support it, this space is going to  become a nightmare to navigate.

Still, it’s great to finally be able to do two things at once on an iPad. Send an email with a browser page open at the same, check Maps and send an iMessage, you get the idea. It’s smooth, fast and there doesn’t seem to be any performance issues. 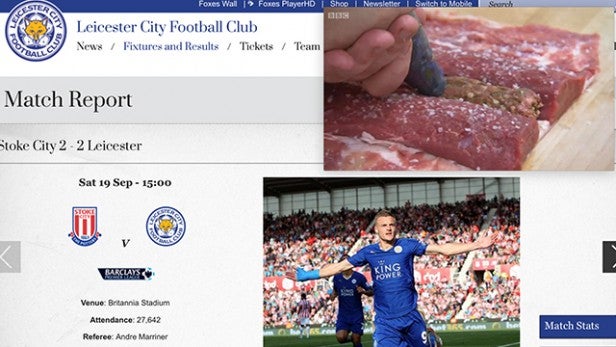 The final piece of the multitasking jigsaw is Picture-in-Picture, which is pretty self explanatory. If you’re using a supported app, you can keep a floating video window open while you’re doing something else. Again, it’s great, simple and obvious and probably should have been there from the start, but it really does make the iPad a more complete device.

The only real shame is that none of these features have trickled down to the iPhone 6 Plus, or even this year’s 2GB RAM toting iPhone 6S Plus. I don’t see any reason why Split View couldn’t work on the phone, it would even give the iPhone 6 Plus a bit more of a differentiator against the regular 6. Aside from the fact it’s bigger.

The iPad gets most of the new features here too, though the iPhone isn’t completely left out.

It’s much easier to tell whether you’re typing in upper-case or lower-case as the letters themselves don’t appear all capitalised as they did before. It’s minor, but something I really notice now when I pick up an iOS 8 device.

Switching over to the iPad, the keyboard can now be used as trackpad to more intricately position the cursor in your text. This is done by pressing two fingers and dragging them down. It might seem minor, but it makes a huge difference when using the iPad for knocking out long emails. A double tap on the keyboard selects all the text, another nice touch.

Bluetooth keyboards have learned a few new tricks in iOS 9. Shortcuts, to be precise. These work system-wide and in updated apps – Microsoft’s Office suite, for example – and, again, they work really well. A tap of the ‘Command’ key brings up an overlay of the supported actions and you can switch between apps, search the web and copy & paste all without touching the screen. 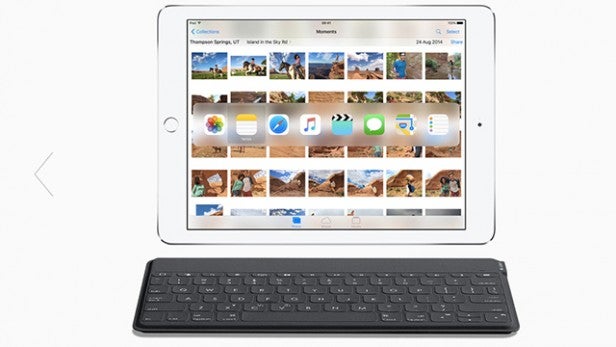 Taken individually, these enhancements seem minor. But when combined with all the new aspects of multitasking, the iPad suddenly becomes a device that’s much more productive. I’m not saying it’s a laptop replacement, far from it, but it certainly makes it more than a slab that’s just for watching movies.

Whether it’s dwindling sales or just to push the iPad as more of the work tool, possibly to open it up to more markets in the process, Apple’s implementation of these features is much needed.