When it comes to using the latest Skylake chips for gaming, we tested both the integrated graphics and how it performs purely as a CPU partnered with a high-end graphics card. We used the Sapphire Vapor-X R9 290 for the latter, which is a card that’s fast enough to ensure it isn’t the bottleneck in our higher-end games tests.

For the integrated graphics we tested at 1,920 x 1,080 (1080p) but set the games’ detail settings to medium. Meanwhile for the high-end test we used the same resolution but pushed the detail up to its maximum. While we could have pushed the resolution higher we wanted to create a scenario where there’s a reasonable chance the CPU but while still being somewhat representative of how some users would use such a high-end graphics card.

Battlefield 4 can be very taxing on the CPU in multiplayer games. However, it’s very difficult to test consistently in a multiplayer environment so we instead record the framerate of the game during an on-rails section of the single-player game. Although this makes it a largely GPU limited scenario we do see some variation in framerates with the discrete card. What’s more it makes for a great test for the integrated graphics as Battlefield 4 is just the sort of game that a more casual gamer might drop into every now and then. 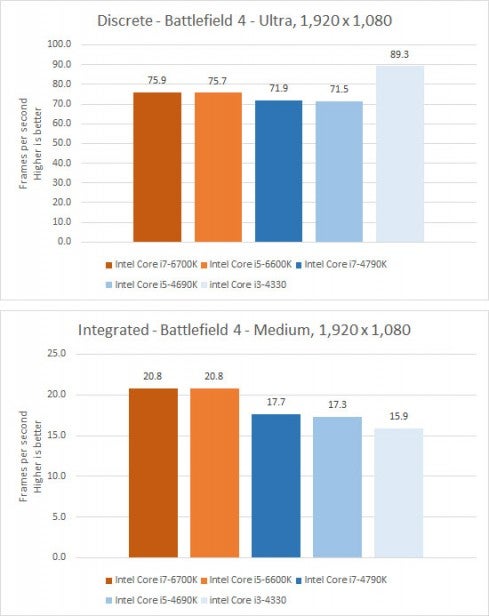 Bioshock Infinite is simply one of our favourite single player games of recent times and represents a good average for current PC game workloads. Its very high potential framerates with our test graphics cards also gives an even clearer indication of the performance difference between a discrete card and the integrated graphics. 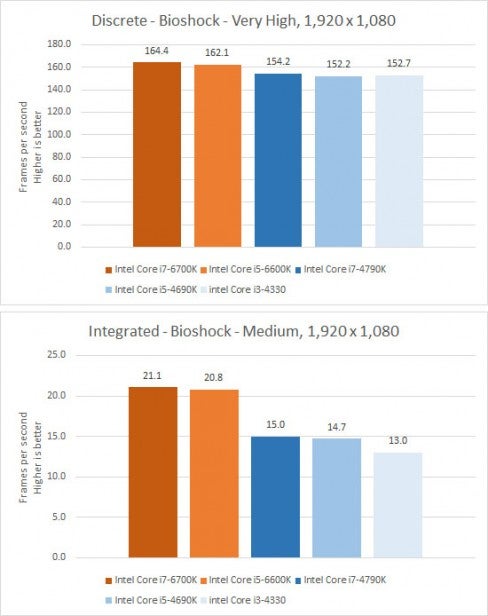