The 6.1-inch near-edge-to-edge Full HD+ FullView display on the Huawei P20 Pro is a pleasure to behold. It sports an unorthodox aspect ratio (18.7:9 in regards to the Pro specifically), similarly to almost every other smartphone that’s launched in 2018. Unlike its like-minded siblings, the Pro is the only member of the P20 family that boasts an OLED panel, however (the others use different forms of LCD). In theory, that means better contrast, deeper blacks, punchier colours and lower power consumption.

As I mentioned earlier, there’s a small notch at the top of the screen à la iPhone X. I’ve used a couple of smartphones that feature similar cut-outs, so I didn’t find it to be too much of a nuisance. That said, I can certainly see how it could be a bit of an eyesore for some users. 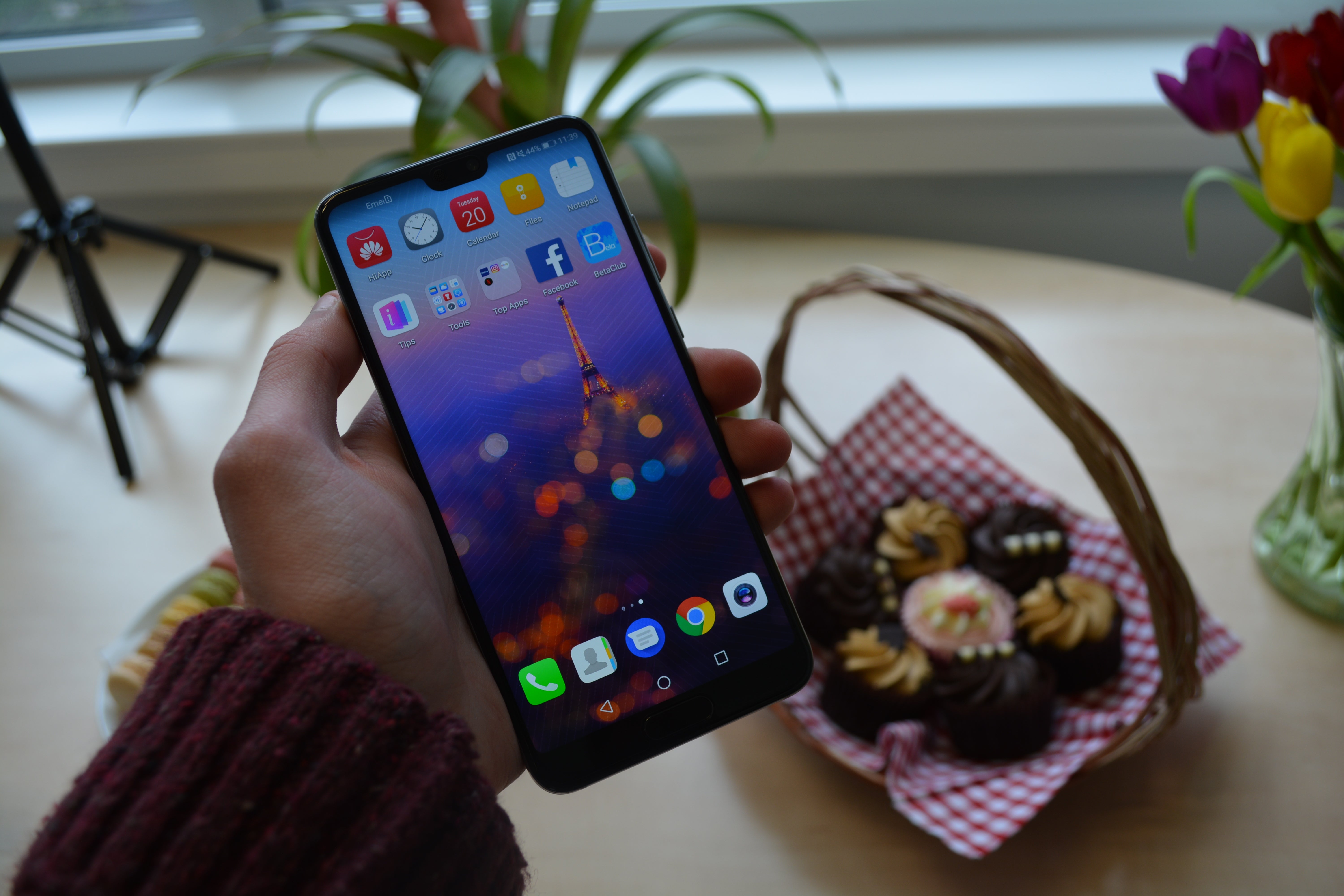 It’s worth noting that if you’re vehemently opposed to the notch you’ll be pleased to hear that Huawei has actually baked an option into the phone’s settings that lets users mask it. Once enabled, the space either side of the notch at the top of the display is occupied by a black bar, thus creating the illusion of a notch-free screen – and it works well.

The screen itself sports a resolution of 2160 x 1080. As expected, it doles out vibrant colours but by default, content does run the risk of looking oversaturated. Fortunately, you can adjust the colour balance to suit your personal preference by diving into the Settings menu where there are a wealth of options to fiddle with.

The Huawei P20 Pro offers full support for HDR10 – the leading standard for high dynamic range visuals. As such, it can stream HDR content from supported sources such as Netflix, taking advantage of the standard’s wider colour gamut, delivering a viewing experience that can only really be rivalled by the likes of Samsung’s latest flagship.

In my opinion, the best thing about the P20 Pro’s screen is the overall brightness it can deliver. When cranked up to maximum, you’ll have no trouble reading a message or watching a video in bright sunlight – although sub-par viewing angles mean you’ll need to hold the handset head-on to see what’s going on in such conditions.

Where the Huawei P20 Pro surprised me the most is in the software department. I’ve long said that Huawei’s Emotion UI interface is the worst of the worst, but I found myself warming to it on the firm’s latest handset. And that’s because the P20 Pro ships running Android 8.1 Oreo, skinned with a much-improved version of EMUI. Much to my surprise, Huawei has managed to iron out all of the creases that plagued previous builds. The latest version delivers superb performance, switching between applications and launching sub-menus in the bat of an eye. It also includes a number of useful assistive features.

Authentication is all the rage nowadays, and you’ll be pleased to hear the Huawei P20 Pro has you covered. There’s 2D face recognition – which is a lot faster, but isn’t as secure as the 3D depth-based alternatives found on the iPhone X or Oppo Find X; along with the aforementioned fingerprint sensor and the stock Android security options like pattern and PIN unlock.