One of the reasons why the MateBook is so thin is because it uses Intel Core M processors, which are very low-power chips that can run without any fan-based cooling. This makes the MateBook run both cool and quiet.

Huawei sent me the cheapest MateBook model, which comes equipped with a Core M3-6Y30 chip running at 0.9GHz. It’s a dual-core chip that’s capable of some decent performances when running fairly lightweight tasks such as document editing, emailing and browsing the web. It’s less capable when photo and video editing, with the chip eventually heating up and throttling after a few minutes of constant action. 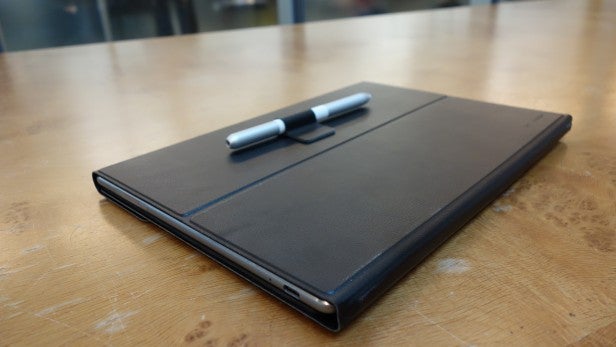 It scored a 2,250 and 4,254 in the Geekbench 3 single-core and multi-core benchmarks respectively – roughly 10% slower than the Samung Galaxy TabPro S that uses the same chip. This is likely down to some tuning that Huawei has done to prevent overheating. While it’s a little disappointing not to see the processor running to its full potential, in real-world use you’d be hard pushed to notice the difference.

The 128GB SSD on board is fairly speedy, with a 287MB/s write speed and 477MB/s read speed in the AS SSD benchmark. It’s not as fast as the SSDs found in high-end laptops and desktop PCs, but it’s more than fast enough for the MateBook and doesn’t hold up your file searches and program loading times.

You can forget about gaming on this machine – it’ll run Minecraft just fine, but anything beyond that will be too much.

Battery life for the MateBook is variable, tending towards disappointing. In Trusted’s custom Powermark benchmark run it managed a reasonable seven hours eight minutes on a single charge before shutting down, which is nearly two hours less than the Samsung Galaxy TabPro S.

However, in real-world use I found things to be very different. In mixed working conditions that included editing documents, sending emails and watching a couple of videos, the MateBook would struggle to get past 5 hours 30 minutes.

When playing a Netflix video at a screen brightness of 150nits, the MateBook lost 23% of its charge in an hour. That consumption would barely get it over the 4-hour mark.

I also found the MateBook had a habit of draining its battery slowly while asleep. I once caught it dropping 3% in an hour of sleep, although it wasn’t always so extreme. 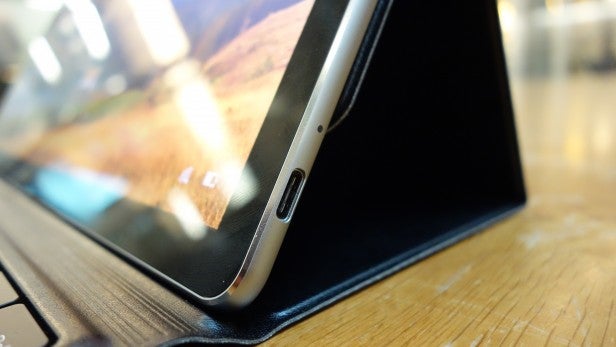 Should I buy the Huawei MateBook?

The MateBook is a flawed device that’s only slightly cheaper than the significantly better Samsung Galaxy TabPro S. The keyboard dock’s poor design is frustrating and the tablet’s battery life is disappointing. The only way to make this tablet relatively good value is to use it as a dedicated drawing pad, and just buy it along with the MatePen. If Huawei was marketing this as a standalone tablet with a stylus, I’d probably give it three stars, but as a device for getting other work done it’s a dud.

Samsung’s Galaxy TabPro S and the market-leading (albeit much more expensive) Surface Pro 4 are much better choices.

A poor attempt at a 2-in-1 that’s only saved by its decent screen and stylus.