What is the Huawei Mate 10?

The Huawei Mate 10 sits alongside the Mate 10 Pro at the top of Huawei’s 2017 phone lineup, offering a big phone with a heap of features.

Given the latter’s branding, you might assume that the regular Mate 10 – featuring a pretty boring LCD, not OLED, screen, less RAM and half the storage – is the lessor phone in the lineup.

On some level, you’d be right. However, following a solid fortnight with the device, I’ve found a number of subtle differences that in some ways make the Mate 10 a superior handset to the Pro.

If you can get your mitts on a regular Mate 10, then, it’s a solid phablet that’s well worth a gander. But given the fact that Huawei isn’t planning to ship the device in the UK or the States, this may prove a difficult task. 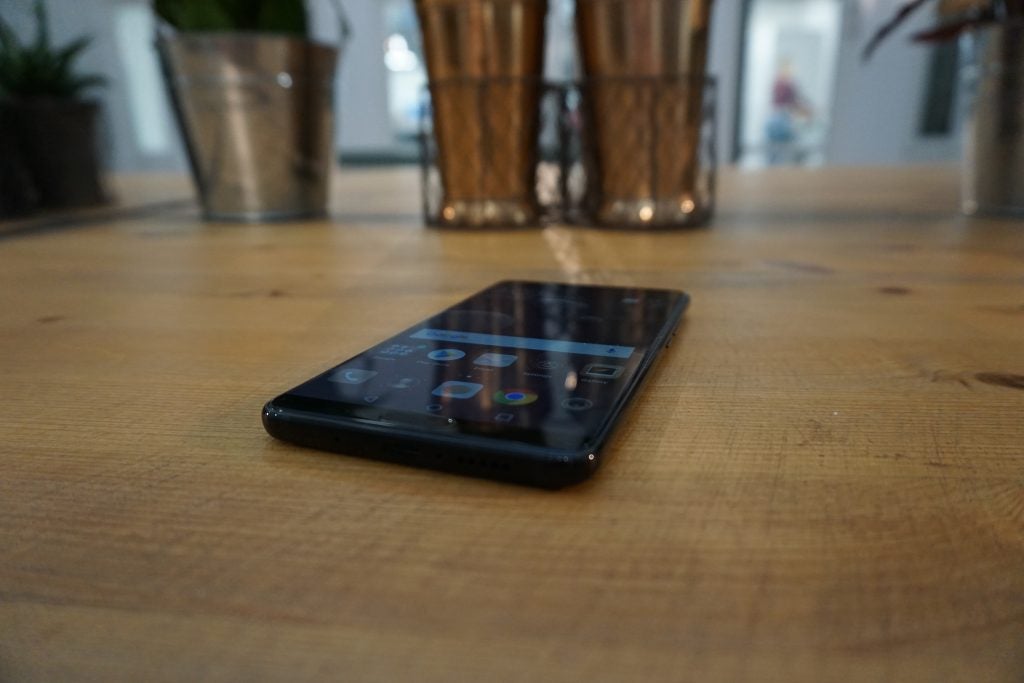 Visually, the Mate 10 and Mate 10 Pro are pretty similar – which is no bad thing. The review unit I tested has a slightly curved, shiny black glass rear, with a sleek black strip at the top running over its Leica-branded dual-camera sensors. Combined with the metal sides, the end result is a phone that looks like a pretty refined, significantly more top-end, HTC U11.

In addition, the slimmed down screen bezel on the Mate 10’s front also marks it out as a noticeable step up on the company’s previous Huawei P10 Plus, and one of the prettiest phablets currently on the market.

On the Mate 10’s sides you’ll find a few important additions that differentiate it from the Pro device. Chief among these is a 3.5mm headphone jack and microSD slot.

Some people may deem these two ports pointless additions, especially considering the Mate 10 Pro comes with 128GB of built-in storage, as opposed to the regular phablet’s 64GB. But for me, the headphone jack is still a useful inclusion.

Ever since every company under the sun decided to follow Apple’s lead and ditch the 3.5mm jack to save space, audiophiles have been put between a rock and a hard place. You can either invest in one of the multitude of flimsy USB-C adapters, which usually break within a week or two, or compromise on audio quality and invest in a wireless set.

Words can’t express the joy I’ve experienced using the Sennheiser Momentum 2.0 without a dongle during my morning commute throughout last week. 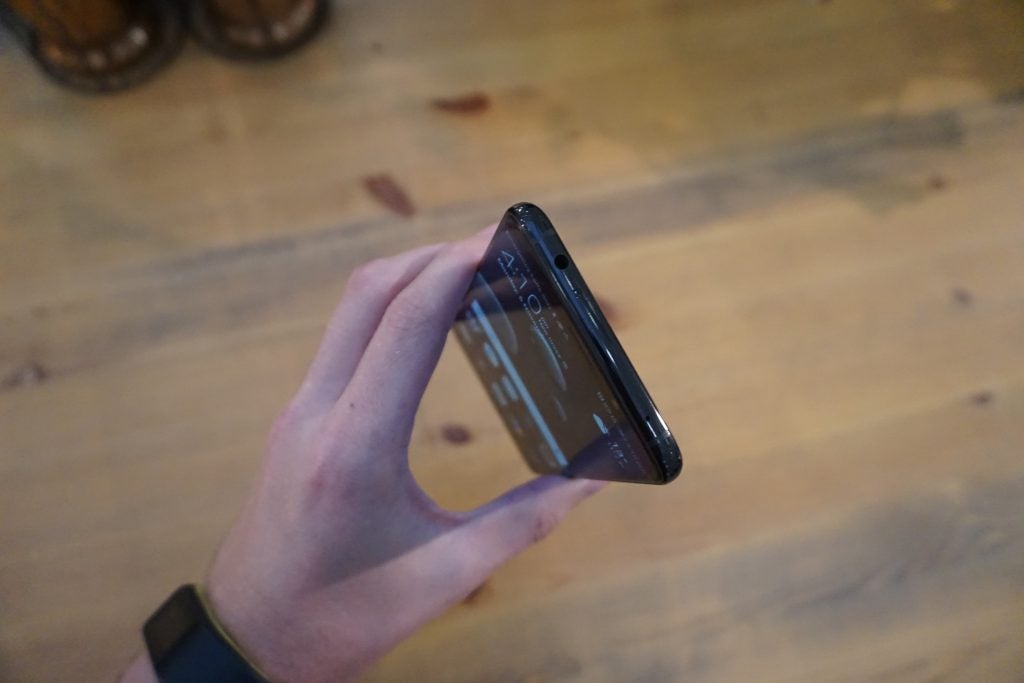 Elsewhere, the Mate 10 features all the trimmings of a 2017 flagship. There’s a USB-C port with Huawei’s proprietary SuperCharge tech on its bottom, and a front-facing home button with a built-in fingerprint scanner. Like all Huawei phones I’ve tested recently, the scanner is wonderfully snappy, reading my fingerprint with zero issue or lag.

My only minor quibble with the design is that, like all glass-backed phones, the Mate 10’s rear is a smudge magnet. Within minutes of using the device, the back was covered in fingerprint marks and needed a wipe down.

I’m also not convinced that the rear of the device will survive anything more than a minor drop scratch, or worse still, crack-free. Although, being fair to Huawei, this is a risk with all glass-backed phones, including the iPhone X and Galaxy S8.

The Mate 10 has a completely different screen to the Pro. Specifically, the regular Mate 10 comes with a 5.8-inch, quad-HD LCD panel, while the Pro packs a 6-inch, HD+ OLED display.

On paper, the quad-HD resolution gives the Mate 10 the edge. However, unless you really try to spot pixels, the Pro’s HD+ 2160 x 1080 is more than sharp enough. The real difference will be in terms of the classic LCD vs OLED debate.

In general, OLED screens offer better contrast ratios, deeper blacks and are more vibrant than their LCD rivals. This is because they electrically charge each individual pixel to generate colours, but also work to reduce the screen’s power consumption. By comparison, LCD screens charge the entire panel. The downsides as a result are that whites appear dirtier, viewing angles aren’t the best, and the displays are more of a faff to calibrate. 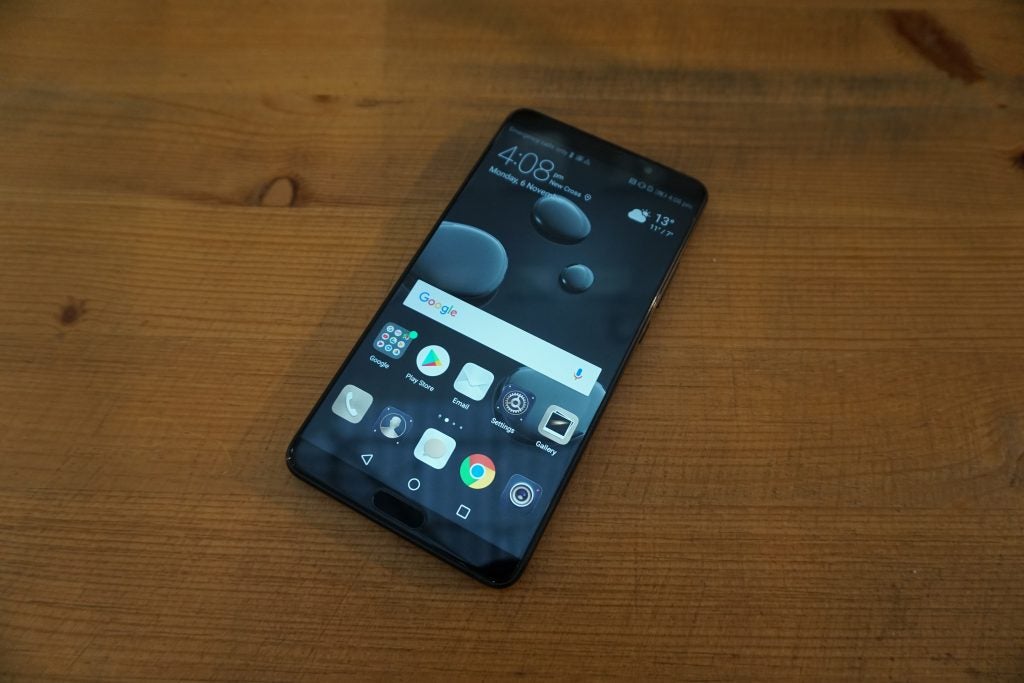 All the above holds true in this instance. The Pro’s screen is more vibrant, has warmer colours and, in general, looks a little punchier.

That said, the regular Mate 10’s screen is far from terrible. Whites are significantly cleaner, and although blacks don’t live up to those of OLED, they’re suitably deep. A few members of team Trusted felt that colours were a little on the cool side; but in my opinion they appeared balanced to the naked eye. All in all, I had no issue with the regular Mate 10’s screen during my time with it.

Brightness levels, too, were solid – and, according to Huawei, will meet the HDR10 mobile standard. However, until the apps are updated to unlock HDR content on the Mate 10, I can’t check high dynamic range performance.