The Huawei Ascend Y530 does not fare particularly well with its software. It uses Android 4.3, a rather old version of the system, and a custom Huawei interface known as the Emotion UI.

This software has caused problems again and again, because it’s quite different from basic Android in some respects, isn’t always completely intuitive and often causes performance issues. Some of these issues are present in the Ascend Y530. 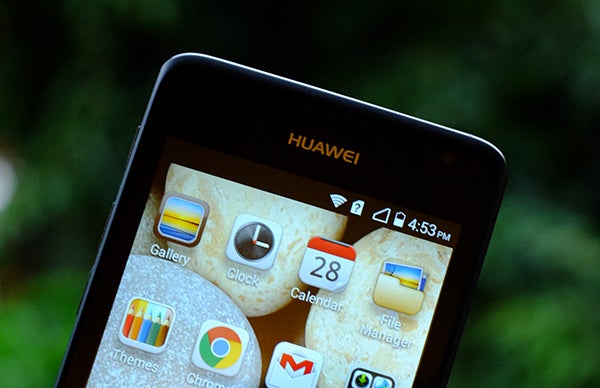 The biggest alteration Emotion UI makes is to get rid of the separate apps menu you normally get in an Android phone. Most Android interfaces are split into homescreens and the apps menu – one is curated, the other largely managed for you (the apps menu).

In the Ascend Y530’s interface, you only get homescreens. And anything you download from the Android app store is dumped onto one of these homescreens. It’s up to you to then sort out where everything goes.

We find it’s not a great fit for beginners or those looking for an easy mobile life, as it demands more effort on your part. And there’s work to do from the start because unlike an iPhone – which takes a similar basic approach to the interface – the Huawei Ascend Y530 comes with quite a lot of preinstalled apps. 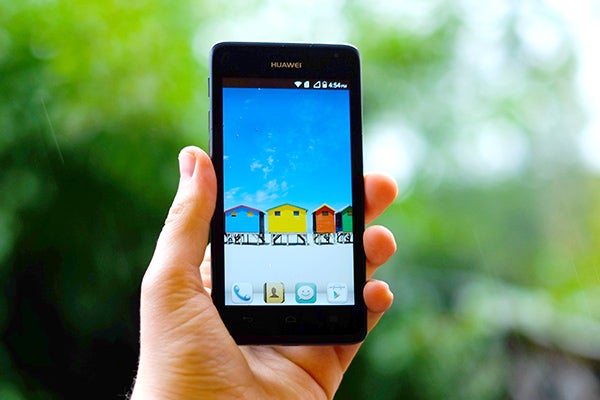 It’s not a great-looking UI, either. Emotion UI’s default these is a bit fusty. There are other themes you can apply, but only a paltry two extra, neither of which is exactly a masterpiece.

There are other Emotion UI themes you can download from the internet, but Huawei does not make this at all clear, or easy. In the Huawei Ascend Mate 7’s version of the software, this has been sorted out. We just wish it was here too.

Despite having been around for quite a while in a similar form, the Huawei Ascend Y530’s interface still seems half-baked. 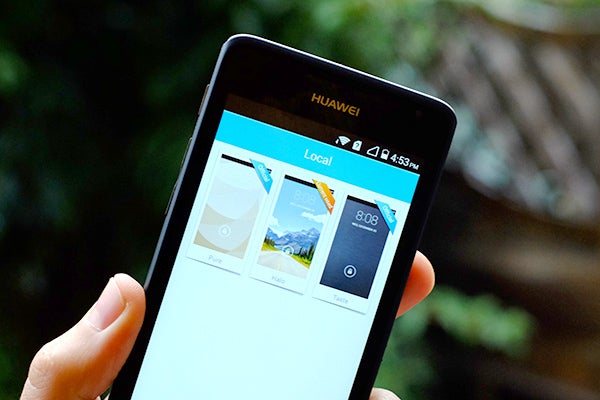 There is one neat addition, though. You get a special simple mode that puts the phone’s basic features on-screen in a much simpler layout with lots of colour contrast for extra clarity. It’s not a bad option if the phone is going to be used by someone quite technophobic.

We had mixed experiences with the Huawei Ascend Y530’s performance. It’s improved over some earlier Huawei models, but it’s still rather slow among £100 phones.

You can flick through the interface quickly enough, but apps often take a while to load and on occasion we were left waiting while typing as the keyboard caught up with our taps. 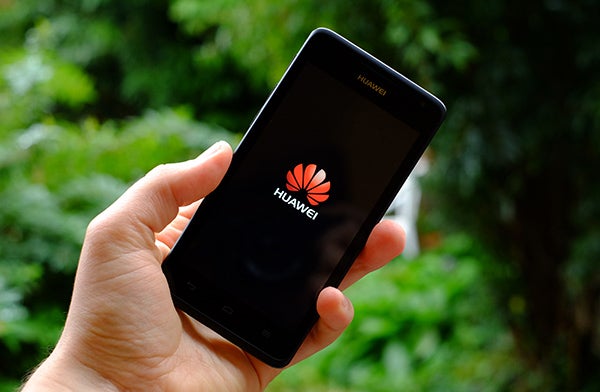 We also had an awful lot of trouble running some of our normal performance tests. Games like Real Racing and Dead Trigger 2 will often give you a good idea if a phone can handle advanced games, but the very limited internal storage makes installing some of them very difficult.

Even when we got Dead Trigger 2 installed, we still experienced loads of glitches – we rarely have problems running this game. This is not a great gaming phone (fingers crossed Huawei will improve stability a bit in future updates).

Looking at the Huawei Ascend Y530’s specs, it’s no wonder that, given the somewhat under-optimised software, there are some issues. First, the phone only has 512MB RAM. We generally find that Android phones with less than 1GB RAM often have basic performance issues.

The CPU is low-end too. It’s a well known model – the dual-core variant of the Snapdragon 200 – but it’s at the very bottom end of Qualcomm’s mobile processors. Even getting our standard Geekbench 3 benchmark to work was a bit of a struggle as the Huawei Ascend Y530 kept on freezing mid-test. This phone does not feel as stable as the very solid Motorola Moto G.

After a few attempts, we got a score of 584 points. That’s similar to the Moto E, and around half of what the Moto G and EE Kestrel achieve. It’s not a great score.