The Huawei Ascend P6 makes a decent little video player thanks to its bright, bold screen and reasonable video support off the bat. A few of our test files stuttered a little, but it can play MKV, DivX and Xvid formats.

Get tooled-up with a good third-party video player app like MXPlayer and the P6 will be able to play just about anything that the screen can do justice to. There’s not much point playing Full HD videos when the phone only has a 720p display.

As you might expect of a phone that’s thinner than a biro, the Ascend P6’s internal speaker isn’t a barnstormer. It’s a mono speaker with a single output grille on the phone’s back panel. 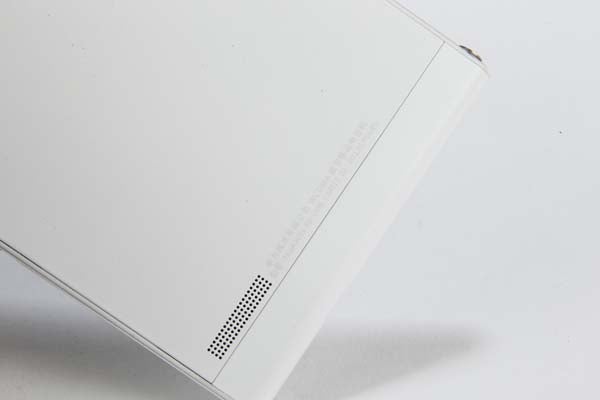 It’s not a patch on the HTC One Mini’s stereo speaker array, but it’s not a disaster either. With the bass-boosting Dolby mode engaged, there’s at least a pinch of body to the sound that stops it sounding too reed-thin and harsh. It’ll do for YouTube clips and the like.

The Huawei Asend P6 has two cameras – an 8-megapixel sensor on the back and an alarmingly high-resolution 5-megapixel front camera. More on that oddity later. 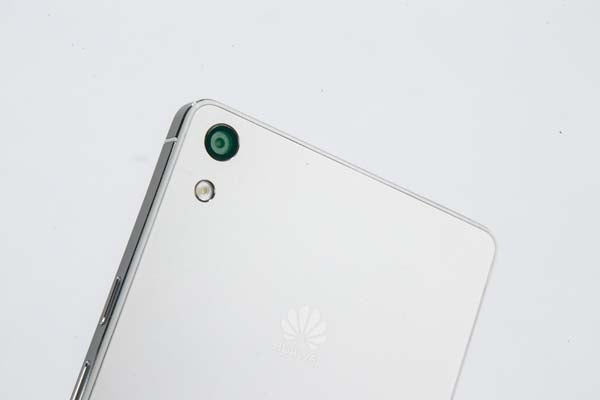 In good light, photos are decent. There’s plenty of fine detail, and images are punchy with only mild desaturation of colour.

Compare directly with the rival HTC One Mini and Galaxy S4 Mini, the Huawei clearly renders much more detail than the HTC, and its photo is punchier than the Samsung.

However, focusing could be a little quicker. There’s no pesky shutter lag, but focusing takes fractionally longer than we’d like and it does result in out of focus shots unless you have hands on stone and patience of steel. This becomes particularly noticeable when shooting close-up. And looking closely at the London vista, there’s clear evidence of overexposure. In real life, the ‘white’ building is nowhere near as bright as it appears in the shot. 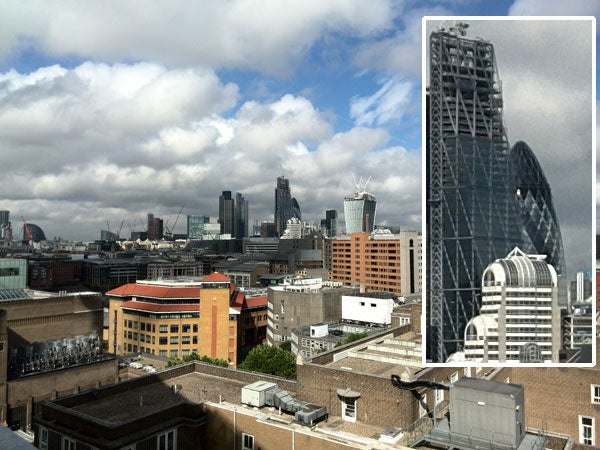 Low-light performance is rather more unusual. Photos taken in relative darkness without a flash are a noisy mess, but they’re much brighter than the average. You may not want to print them out, but you will at least be able to discern what’s in them, more or less. For sheer photo practicality, it’s a solid bonus. 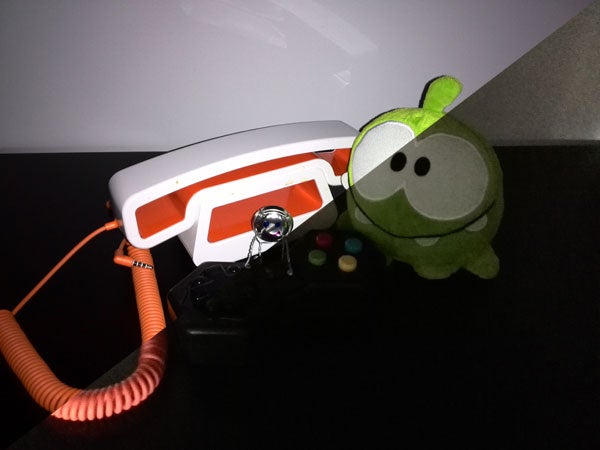 The flash doesn’t have the most even spread, though, and the Ascend P6 absolutely does its best work in daylight. In our sample, there’s also clear evidence of overexposure with the flash enabled – check out how the line between the phone and its stand is more-or-less invisible. 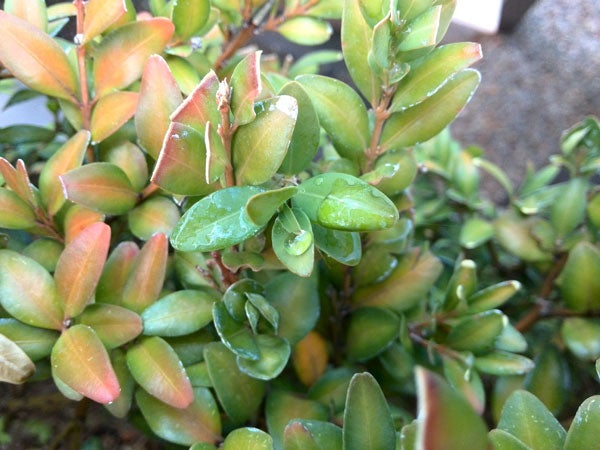 Huawei has provided its own camera app in the phone, and its tastefully intuitive. It puts common modes like HDR and Panorama within a couple of screen taps, leaving more advanced features like object tracking and photo resolution in a sub-menu.

The Ascend P6 does have a slightly weird obsession with a mode called Beauty Shot, though. This sits in the main mode menu and is constantly on-screen when using the user-facing camera. It’s a mode that smoothes out wrinkles to make faces look younger and more… perfect.

Unlike most smartphone front-facing cameras, the 5-megapixel secondary sensor of the Ascend P6 is much, much higher quality than the norm. It’s still a fixed-focus affair, but any ‘selfies’ taken with the P6 are much better than the noisy, low-detail shots we’re used to. The app is designed for the purpose too, giving a countdown sound effect before taking each snap. If we thought anyone other than young teenage girls would care over here, we’d be impressed.

Whether or not we think Huawei has got its priorities entirely aligned with reality or not, the Ascend P6 is clearly aimed at a reasonably youthful, image-conscious audience. That’s part of the reason why the phone is so slim.

It doesn’t have a remarkable battery, though. It’s a 2,000mAh unit, which is about the size we’d expect to see in a phone of this stature and resolution.

If you don’t challenge the phone too much, you’ll get a day’s use out of it. But it drains down quickly when set to more advanced tasks like gaming – draining over 10 per cent of its capacity in under 20 minutes.

That the phone gets worryingly hot when under stress and that it displays in remaining battery in the unnervingly precise percentage figure as standard is enough to flare-up battery OCD in even the most relaxed phone user. 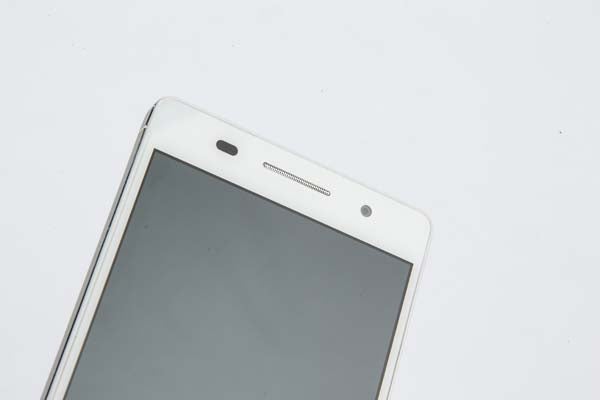 Like almost all decent smartphones these days, the Huawei Ascend P6 uses a secondary microphone to perform active noise cancellation during calls. This monitors ambient noise and attempts to remove most of it from the call signal before it reaches whoever you’re talking to.

The earpiece speaker is of decent quality, with good clarity but a slight lack of weightiness that may make calling in noisy environments a bit of a pain. It’s nothing to be alarmed about, though. 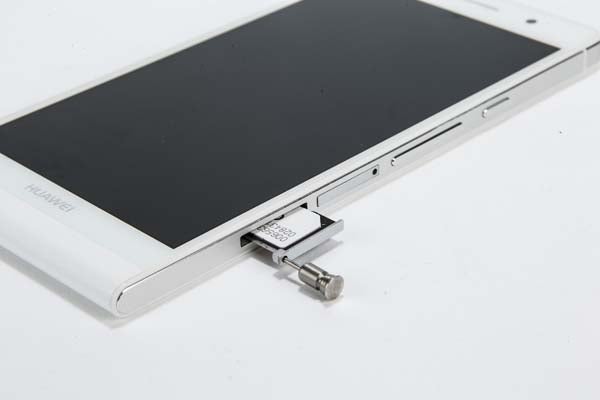 Should I buy the Huawei Ascend P6?

If the Huawei Ascend P6 were a person, it’d be a quirky individual full or neuroses, always concerned with what other people think without every really managing to impress the people it wants to. It’s an oddball.

It does get a lot of things right, though. Its screen is top-notch, the camera is fairly good and there’s no better phone out there for taking photos of yourself – if that’s what you’re into. However, it doesn’t really raise itself above the mid-range competition in the way its ‘2GB RAM’ and ‘quad-core CPU’ might suggest.

The Ascend P6 is a good phone, but thanks to its quirky software we’d rather go for an HTC One Mini – or a Samsung Galaxy S4 Mini if screen resolution isn’t much of a concern.

The Huawei Ascend P6 has a good screen, solid construction and a decent camera. However, software quirks and a quad-core processor that is no more powerful than the latest dual-core models mean it’s no superstar.