Like so many other aspects of the phone, the Huawei Ascend P6 really wants to be an iPhone. But how do you do this when you’re lumbered with the most un-iOS-like Android operating system?

Huawei has jammed a custom UI into the P6 that bridges some of the gaps between Android and iOS, and it’s called the Emotion interface. 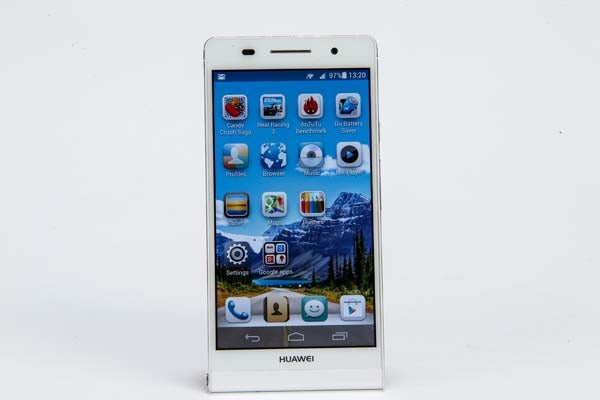 This is the primary way it makes Android more iOS-like. Rather than having the standard two-part interface of Android – home screens on one side, the apps menu on another – everything lives side-by-side on a bunch of apps and widgets pages.

It’s a novel idea, but one that’s initially confusing for Android stalwarts and newcomers alike.

The default layout of your home screens is emblematic of the Ascend P6’s identity crisis. The first home page is packed solely widgets – a half-dozen of them – while the second is a dead ringer for the iOS home screen, in that it houses all the core shortcut icons. 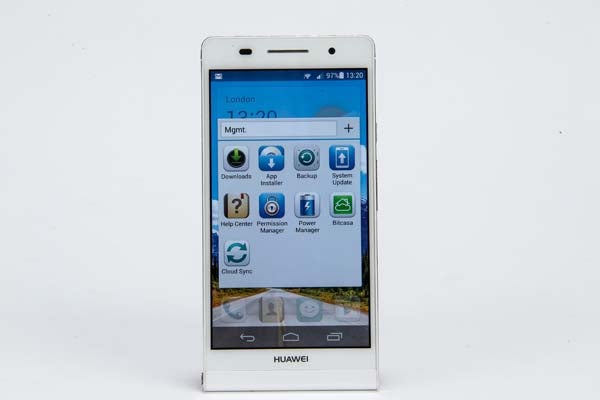 The Ascend P6 is so eager to show you what it’s capable of that it’s off-putting. Having to dump all apps onto a home screen somewhere also makes the initial process of getting your home screens looking how you want them all the more laborious.

You have to work against the UI to get the phone how most people will want it – with a central home screen that tells you the time, and gives you space for a few favourite app shortcuts. 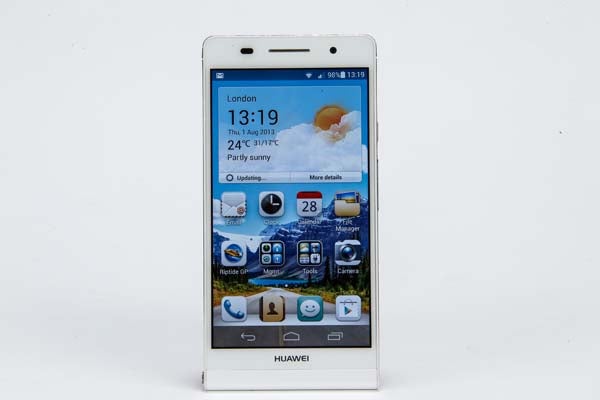 This is roughly how we like our Android homescreens

What’s more successful is the Ascend P6’s use of themes, which tweak the look of the emotion UI with new wallpapers, lock screen and app icons. There are five pre-installed themes, and they do give the phone a pretty different look each time.

There is once again an element of confusion here. You can install additional themes (the official P6 site boasts about its “hundreds” of themes), but Huawei doesn’t make the issue of getting on the phone at all clear.

Even the official EmotionUI website only offers themes for the Ascend P1, released a year ago. Granted, they do work on the Ascend P6, but this is a poor execution of something that is a defining feature of the Ascend P6’s software.

Given Huawei’s slightly flaky approach to both software and hardware design, we’re happy to see it doesn’t try to do anything too ambitious with its built-in apps.

All the pre-installed apps are utilities that are out to please tech heads and the more pedantic phone user – things like a file manager, a backup tool and an app to let you sync with Huawei’s cloud storage service. There’s no ill-advised attempt to create a social networking hub, which is a blessing.

An early trip to the Google Play store is necessary. The phone leaves you with 4.7GB of user-accessible memory to load up with apps, not all of which is actually free from the off. 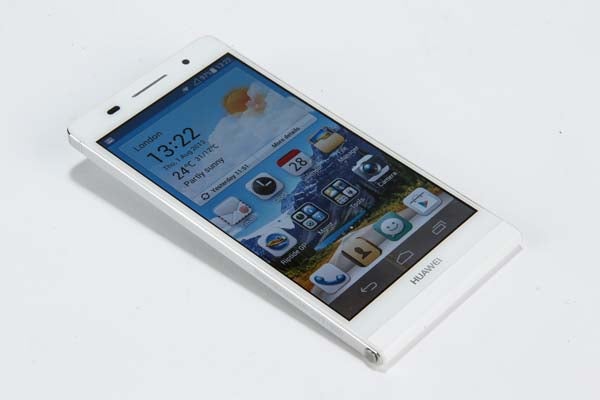 Huawei is pretty keen to stress the gaming potential of the Ascend P6, pre-installing a Huawei-branded version of 3D waterski racer Riptide GP on the phone. Performance is a particular point of pride here as the Huawei Ascend P6 has a Huawei-made CPU, a quad-core K3V2 – the same processor used in the Ascend Mate.

Matched with a generous 2GB of RAM – currently only seen in top-end phones – it’s a pretty powerful combo that makes most high-end 3D games play well. We did notice some minor frame drops in Real Racing 3, but performance was significantly better than in the identically-specced Ascend Mate, suggesting Huawei may have performed some software-optimising work here.

For a less objective look at the Ascend P6’s power potential, we tried a few benchmarks. In the AnTuTu bench, its score of 13,394 is a mid-range result. With a Samsung Galaxy S4 you could expect to score 25,000 or more. A quad-core 1.5GHz processor may sound like a rival to the top dogs, but it is not.

It’s not so much down to the clock speed of the processor, but its system architecture. It uses 40nm construction where the latest mobile processors are down to 28nm – more compact construction results in greater efficiency.

If this sounds like tech gobbledegook, what matters is that the Ascend P6 is closer to something like the dual-core HTC One Mini than the quad-core HTC One. Good, but not jaw-dropping. Let’s not forget – this phone’s processor was launched in early 2012. That’s a long time ago in the mobile world.