The HTC One SV isn’t the most exciting phone ever to be launched but, with it available on EE’s 4G network, it currently offers among the cheapest ways to get free phone with a 4G contract here in the UK. But, is it a sensible purchase? Let’s take closer look.

The HTC One SV has a smart and quirky design. From the front it has something of the iPhone 5 about it thanks to the slimmest of slim black plastic trims surrounding the glass of the screen. Meanwhile the back features a curved matt-white plastic cover and the sides are finished in silver. It‘s an arrangement that works very well giving the phone a reasonably classy, understated look much like the HTC One X. 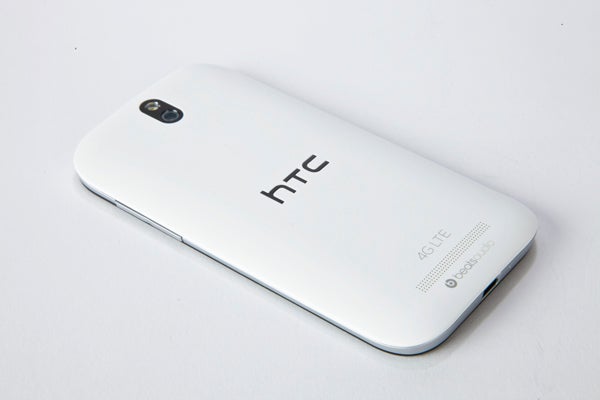 There is one glaring issue, though, which is the slot cut into the screen where the earpiece speaker sits. It’s absolutely enormous with straight-cut sides (rather than sloping) so picks up dust and other detritus really easily. It even has multiple smaller holes deeper within it to really make sure that lint can’t escape. Although this shouldn’t affect the function of the phone, when full of muck it does look a bit crummy.

As for build quality, although largely plastic – aside from the glass screen – this phone still feels well made, and in fact puts the likes of the Samsung Galaxy S3 to shame for managing to make plastic feel premium. Little details like micro-drilled holes for the speaker really help create the sense that this phone is carefully crafted rather than thrown together on the cheap. 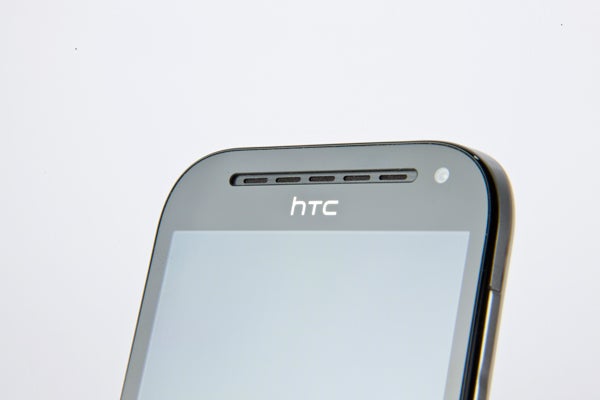 The form factor is also very nice. With a 4.3in screen this phone isn’t overly large, and thanks to rounded corners and a gently curved back, it fits nice and snugly in the hand. Also, when using it one handed, most of the screen and the buttons fall within reach of your thumb, making it comfortable to use. The only slipup here being that HTC has put the power button on the top edge where it requires a bit of a hand-shuffle to reach. 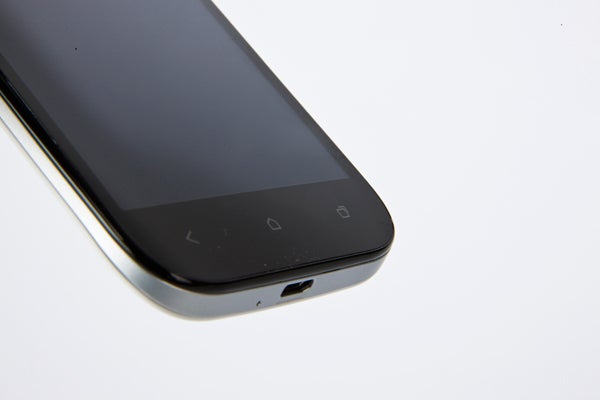 Potentially of concern also is that HTC hasn’t followed Google’s latest guidelines for Android which stipulate that the main navigation buttons (Back, Home, Multi-tasking) should be on-screen as part of the interface (like on the Google Nexus 4) rather than separate buttons. Instead HTC has, like on the HTC One X, added three touch sensitive buttons below the screen. These are easy to reach and activate but we certainly don’t feel they’re any better than the standard Google method.

Overall, though, while the slightly quirky nature of the HTC One SV may not be to everyone’s taste, for a relatively low-cost phone, it’s off to a good start.

Further enhancing this phone’s appeal is its removable back. Peel this off and access is granted to the battery, microSIM slot and microSD slot. So, if you’re able to get hold of a spare from somewhere, theoretically you can swap in a spare battery to keep the phone going for longer. Also, and perhaps more importantly for most people, you can upgrade the phone’s storage. There are 8GB of memory built in but up to 32GB microSD cards can boost this to a total of 40GB – plenty for a large music collection and still have room to take loads of photos and videos of your friends and family. 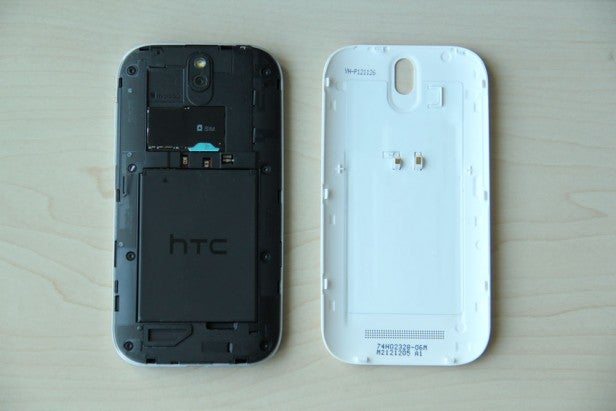 Elsewhere this phone has on its bottom edge a microUSB socket for charging and data transfer as well as the main microphone. Then on the right is the volume rocker while up top is the power button, headphone jack and second microphone which is for noise cancelling purposes. 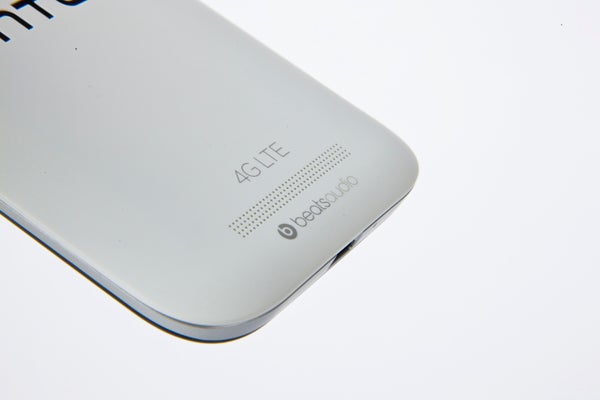 You’ll also notice Beats Audio branding on the back of this phone. As ever with most of HTC’s Beats Audio handsets, this doesn’t mean anything other than there’s a Beats Audio EQ setting that you can enable, which pumps up the bass, treble and overall volume for a more in your face sound.  It can add a bit of life to some more sedately mixed tracks but generally we preferred having it turned off.