The HTC Desire 601 is a phone that gets close to the sort of specs you’d get in a top-end One-series phone, but at a slightly lower price. You get 4G, high-quality speakers and the HTC Sense UI introduced with the HTC One, but in a slightly less attention-grabbing body. 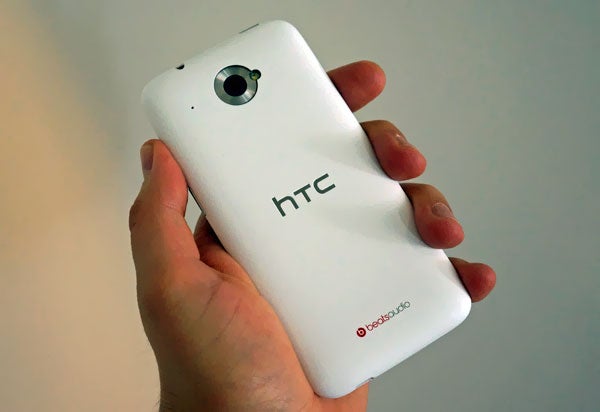 The HTC Desire 601 trades in the impressive aluminium bodywork of the HTC One and One Mini for something a little more traditional – a plastic body with a removable rear battery. Underneath you’ll also find a memory card slot, found in most lower-end Android phones. There’s a reasonable 8GB of internal memory in the 601, but it’s not enough for a half-decent music or video collection.

It doesn’t feel at all like a cheap phone as such, though. Like lower-end Nokia Lumia phones such as the Lumia 620, the battery cover is a single piece of smoothly curved plastic, which makes it feel more like a unibody phone even if it isn’t one. 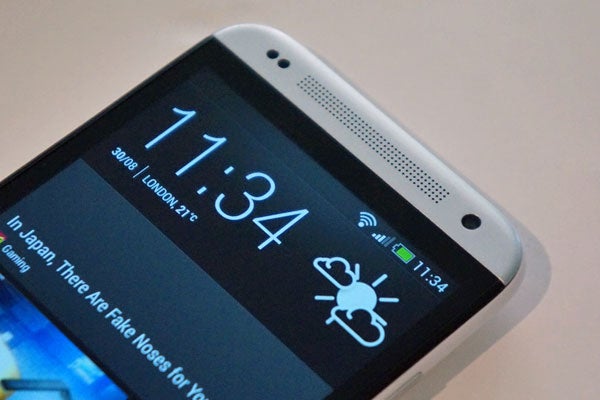 Its looks mimic those of the HTC One to an extent too. The font of the Desire 601 is silver plastic and looks just like the aluminium of the more expensive HTC One.

You’ll also notice the speakers that sit either side of the screen. The HTC Desire 601 uses Boomsound speakers similar to those of the HTC One – giving a decent stereo effect when the phone is held in landscape orientation.

This is also the first Desire-series phone to have 4G, which should put it alongside the Nokia Lumia 625 as one of the cheaper ways to get hooked-up with ultra-high speed mobile internet.

The HTC Desire 601 comes in three colours – white, black and red – and all have the same soft-touch plastic finish. It’s pretty soft on the fingers. 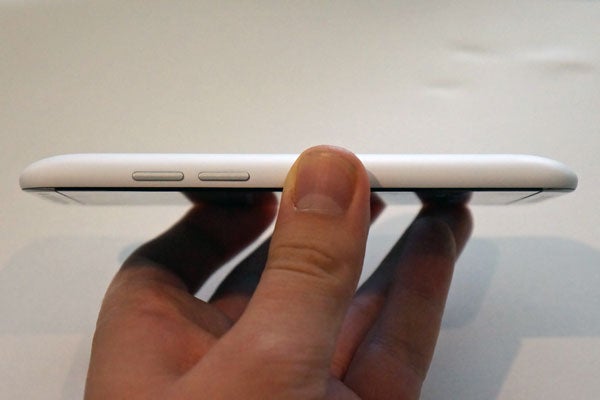 With a 4.5-inch display, the HTC Desire 601 has a slightly larger screen than the HTC One Mini. However, it’s a significantly less sharp display. 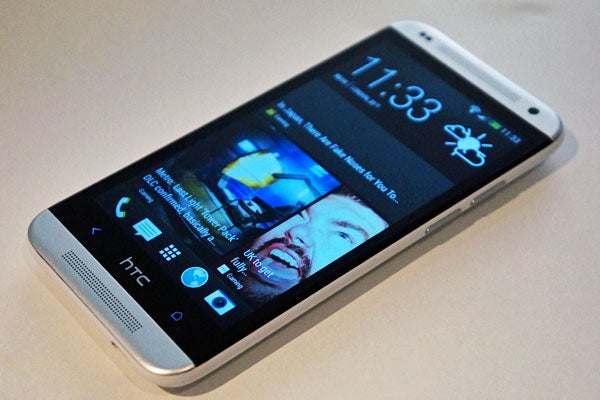 Screen quality is good, with solid contrast and colour reproduction. It’s only the searing sharpness of an ultra-high resolution screen that you miss out on here.  It uses the SLCD2 screen type, which is roughly comparable with a half-decent IPS display.

Like every Desire phone, the HTC Desire 601 runs Android. It also features the latest version of HTC Sense, incorporating the Blinkfeed home screen and the all-round sharper, cleaner look that was introduced to HTC’s Androids with the HTC One. 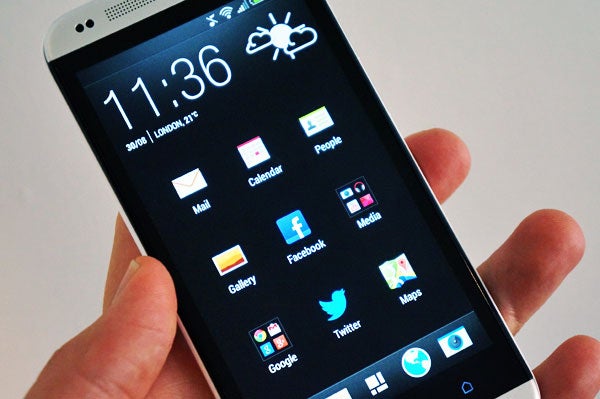 Although the HTC Desire 601 doesn’t have the fastest processor in town, it has easily enough power to make Android run very well. A dual-core 1.4GHz processor may not sound grand in this time of quad-core chips, but the Snapdragon 400 chipset used here is pretty powerful ,capable of outperforming some less advanced quad-core CPUs.

The HTC Desire 601 also has 1GB of RAM to grease Android’s cogs.

One significant trade-off made in the HTC Desire 601 is that it does not use an UltraPixel camera. This was the type of sensor used in the HTC One and HTC One Mini, cutting resolution but incorporating larger sensor pixels in order to give better low-light performance.

The HTC Desire 601 has a ‘standard’ 8-megapixel sensor with an LED flash. Low-light performance isn’t likely to be all that special, but it does have the Zoe mode software that grabs video at the same time as stills to animate your phone camera gallery. It also shoots a burst of stills rather than a single one, and lets you make little video ‘journeys’ of your photo exploits to share online. 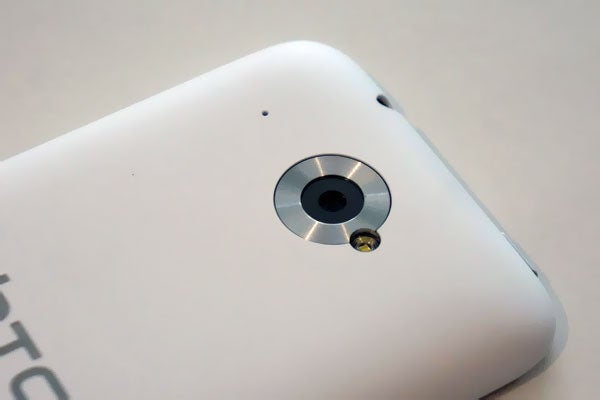 The HTC Desire 601 is a sensible phone with a feature or two that helps separate it from the masses of pretty anonymous mid-range Android phones. Best of the lot is the BoomSound array of speakers on the phone’s front, which supply much meatier sound than you get from most phones. As ever with a price-conscious phone, we’re waiting for more info on how much the phone will cost before making any judgements, but so far we like what we see.