Hey! Pikmin for the 3DS may be a window into what the company has planned for the handheld console going forward. With the Nintendo Switch now taking centre stage – and Pikmin 4 set to come to that console – the aim appears to be to appeal to a younger audience. So, in short, it’s Pikmin for kids.

That’s no bad thing, however. While there’s every chance you could play Hey! Pikmin in your sleep, this doesn’t stop the game from being worthy of your time, especially since it’s so bright and colourful – think of the prettiest comic book and imagine it has somehow been brought to life; that’s Pikmin.

Unlike the main franchise, this game isn’t about having an open world to explore. Instead, it opts for a stripped-back 2D approach with side-scrolling levels. You use the circle pad to move the returning Captain Olimar around the screen, and have a barrage of Pikmin to control as you see fit. 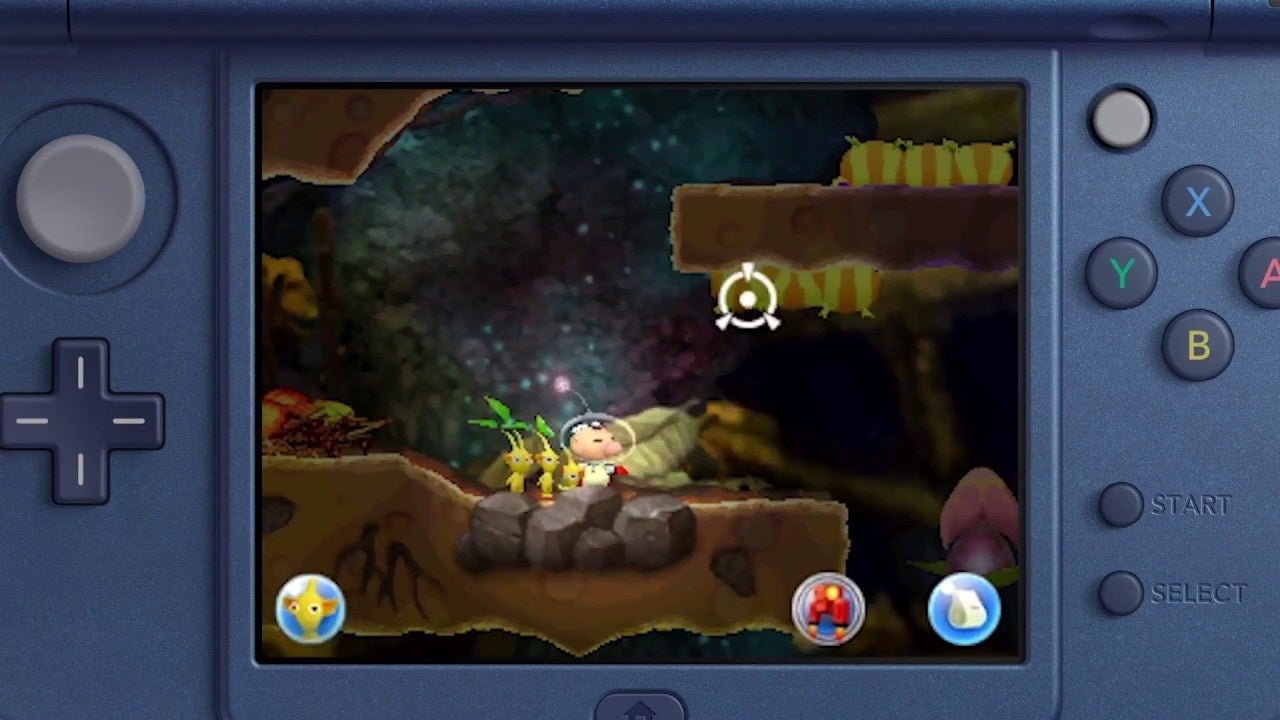 Your objective remains the same as before, however. The environment mainly exists so you can gather items to bring back to your ship to generate fuel to then fly home. The main differences here, mind, are that you’re really just moving forwards and backwards, or from side to side, overcoming enemies, solving puzzles and deciding which path you want to take in order to be successful. It’s very rare you’re ever going to take a wrong step.

You do this by tapping on the 3DS’ bottom screen constantly, and by taking advantage of the dual-screen setup. Once you’re familiar, it’s all really rather straightforward – which, again, is the idea. While there are occasions when Hey! Pikmin will throw a proper challenge your way, mostly as you get towards the latter stages of the game, by and large it’s for children.

This is the perfect coming together of old-school platformers such as Lemmings with the added inventiveness and creativeness that Nintendo brings to every project. You do have to be careful, too – you can lose Pikmin should you make a mistake, so it isn’t just a case of roaming forward and working things out on the fly. It’s simple, sure, but you still have to look before you leap. Otherwise, you’ll end up eradicating an entire species. 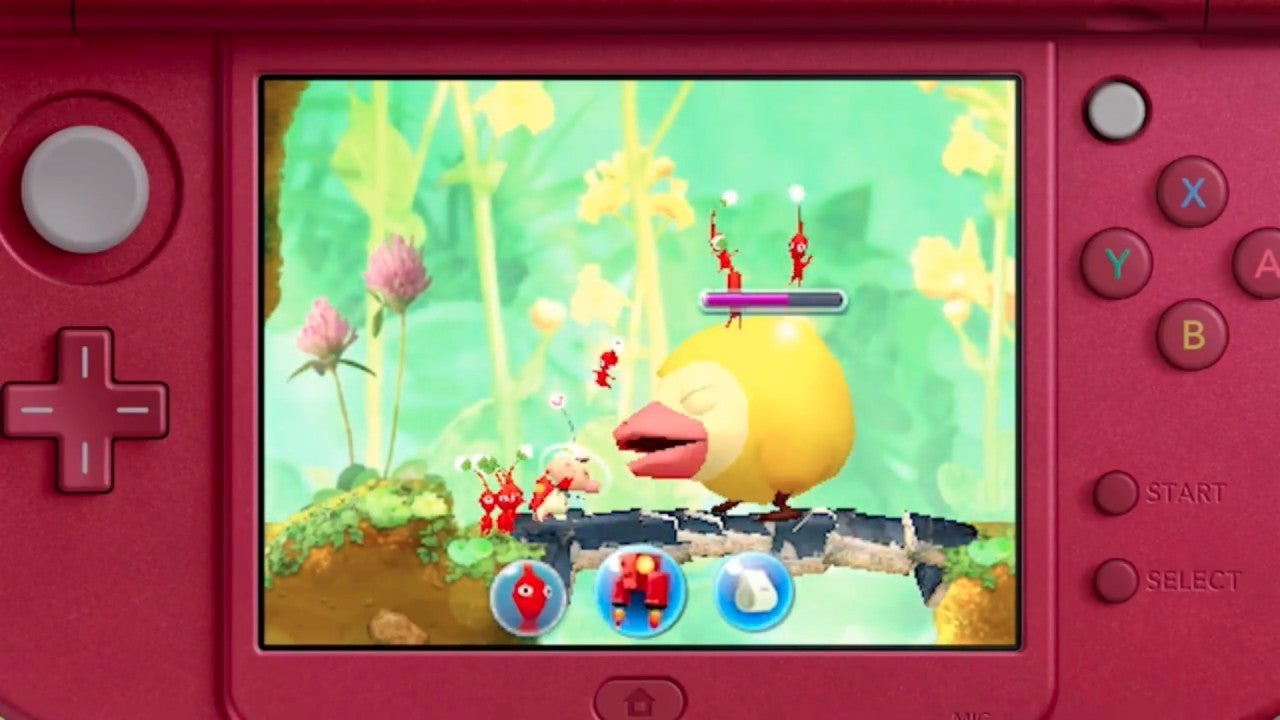 It’s business as usual in many ways, then, and a smart way to bring the licence to the 3DS for the first time. It just means that this isn’t the all-encompassing beast it once was. Much like other franchises that have made the jump across to the handheld, the game isn’t meant to be played for hours on end. There’s no denying how delightful it can be as an experience, but because it never really tests your brain to any great degree, you could easily find yourself tiring of it if you go in with too much moxie.

Hey! Pikmin certainly isn’t boring, but it’s designed to be as stress-free as possible –which could surprise those who expected this to be Nintendo’s attempt to port the original foundations across. In many ways it’s the equivalent of Yoshi’s Wooly World, which also attempted a similar transition. You recognise what’s here and it can be enjoyed, but it’s never going to be as a good or as addictive as what first brought you to the dance, but nor is that the intention.

With that said, if you’re someone looking for a gateway drug to the main event, or you’re a parent who wants their offspring to start understanding what games, and Pikmin, is all about, then Nintendo has done a stellar job. It isn’t easy to find ways to streamline something you’ve been making since 2001, and you’ll always run the risk of becoming stuck in your ways. 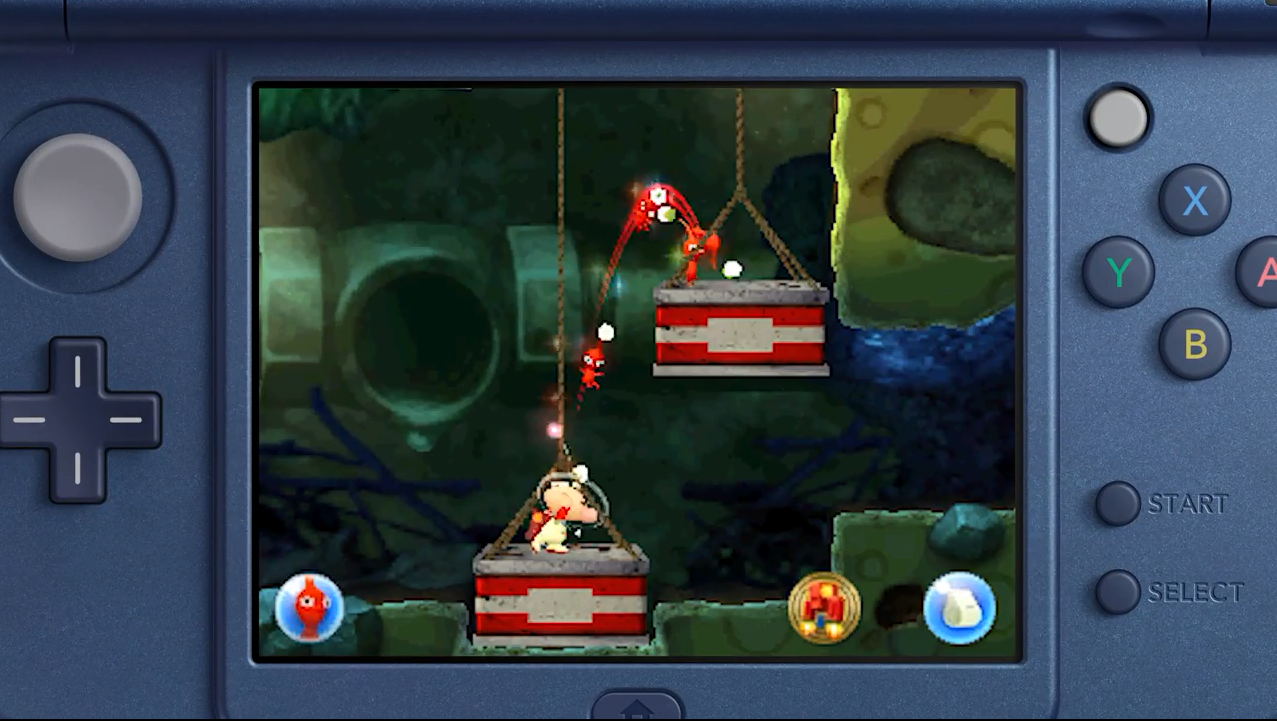 This simply isn’t the case here. Hey! Pikmin may not be the most intricate game on the planet, but it certainly works, and it encapsulates what the franchise is known for. In short, it’s worthy of the name, even if the final outcome is different to what came before.

There will most definitely be adults out there who get a kick out of Hey! Pikmin – but, ultimately, this game is for little folk. And you know what? That’s great. In an industry where guns and gore can often dominate the landscape, it’s nice to come across  bubbles of fun that are incapable of offending anyone.

Hey! Pikmin may not last long in the memory, but at least you’ll be smiling for the time you play.

Hey! Pikmin takes the series’ foundations, strips them right back and offers up an experience in which a younger audience will delight. Enjoyable stuff.