What are the Harman Kardon Soho?

The Harman Kardon Soho are a pair of on-ear headphones that have clearly taken some design inspiration from the Bowers and Wilkins P3. Priced at £180, you can now actually buy them for closer to £80 on Amazon putting them into budget headphone realms. While that sounds like great value for money when you consider the impressive build quality and attractive design, they lack the beautiful sound quality to match. 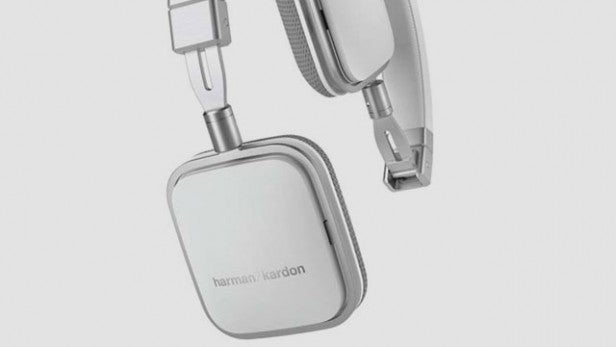 Available in black, brown or a much louder white colour, the Soho headphones have the kind of slim, discreet profile that screams class. From the strong, stainless steel frame to the soft leather finish on the back of the ear cups and the headband everything feels extremely well-built and goes some way to justifying the almost £200 price tag.

It’s the nice little touches we can appreciate as well like the industrial-style joints on the frame and the stitching on the headband on the real leather that help put these in the same luxurious category as the more expensive Bowers & Wilkins P7, P3 and Philips M1BT and should make them a suit-wearing commuter’s best friend.

One of the stranger design features is Harman Kardon’s decision to make both of the grey ear cushions removable and re-attachable via magnets. Hidden underneath are the ports for the split headphone cable both of which need to be plugged in if you want the audio coming out of both sides. There’s also a pretty basic inline iOS-friendly control and microphone when you want to take calls or crank up the volume. 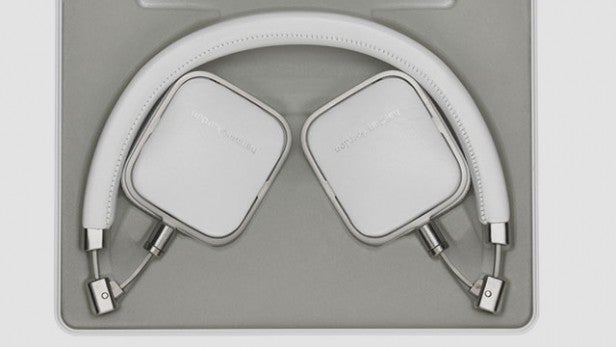 To make the already slender profile even more portable, the steel frame includes hinges letting you fold the ear cups inwards and while they won’t slip into a pocket, it does drop the already tiny frame into an even more compact design. It also makes them easier to slip into the accompanying hard carry case that definitely resembles a jewellery box more than it does something to transport a pair of headphones.

Those with much larger heads are definitely going to find these a tight-fitting pair to wear. Even with the extendable frame, they clamp firmly but not in an entirely uncomfortable way and they are not going to budge. Some are going struggle to pull off wearing these small headphones without looking a bit silly.

The ear cushions are at least snug and accommodating enough despite being on the small side although the headband could really benefit from some padding underneath to soften the feel of the aluminium frame for longer periods of use. 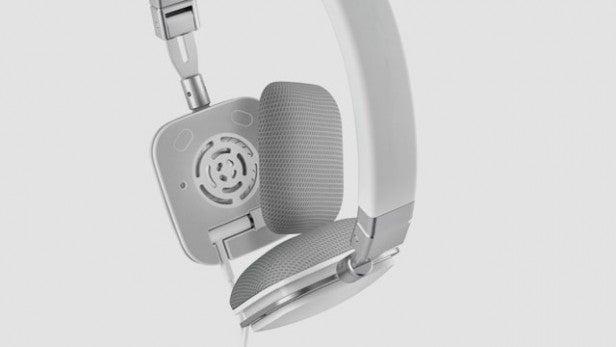 The Soho headphones rely on 30mm drivers, effectively matching the Bowers & Wilkins P3 headphones, and while we weren’t expecting to be blown away with power or thumping bass like a pair of Beats headphones, we were certainly hoping for more.

The ‘high frequency clarity and stunning bass’ that Harman Kardon claims are not qualities that really stand out. If anything, the sound is quite flat on the whole. There’s a distinct lack of clarity and the bass takes more of a back seat. There’s a a kind of muddiness across the spectrum that makes for an underwhelming listening experience.

It does do a decent job in the mid-range department providing more noticeable warmth when you are watching a film for example, while treble performance is refined and impresses at the top end so avoids leaving things sounding constrained.

Despite the closed-back design, they don’t do a very good job of noise isolating so expect music to be infiltrated with intefering ambient sound. They don’t at least have a habit of leaking sound so you are free to listen to them at pretty loud volumes without the risking the angry stares of fellow commuters. 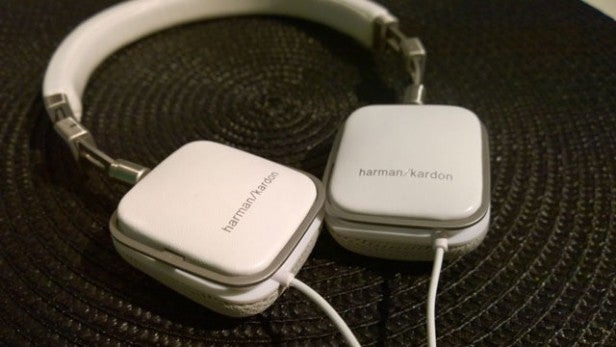 Should I buy the Harman Kardon Soho?

There’s no doubting that the Harman Kardon Soho are a pair of stylish, compact headphones that should appeal to someone who doesn’t want to go down the bulky, on-ear headphone route. Given the price though, we weren’t particularly enamoured with the overall sound performance and some might not be fans of the tight fit.

For around the same price, you could buy the equally good-looking Sennheiser Momentum On-ear that crucially deliver a high quality sound performance. The Onkyo ES-HF300 are also worthy alternatives with meatier 40mm drivers to produce greater mids and treble performance.

Both may not be able to match the Soho headphones more slender stature, but they do offer better far more impressive sound quality for a pair of on-ear style headphones.

The Harmon Kardon Soho are a pair of compact, good-looking headphones that lack the sophisticated sound quality to justify the price.