If there’s an Onkyo product in your home, it’s probably a home cinema receiver or one of the company’s 5.1 systems. It definitely won’t be a pair of headphones because the just-released Onkyo ES-HF300 are the company’s first pair.

They may have a little too much bass to be considered a headphone classic, but otherwise these are solid cans that suggest Onkyo has a bright future in the headphone game.

These are full-size headphones that encompass your ears with faux-leather pads, but they’re intended to function as portable headphones just as well as at-home ones. They use closed cups, which help the Onkyo ES-HF300 to both block out external noise and keep your own music from bleeding out into the outside world. 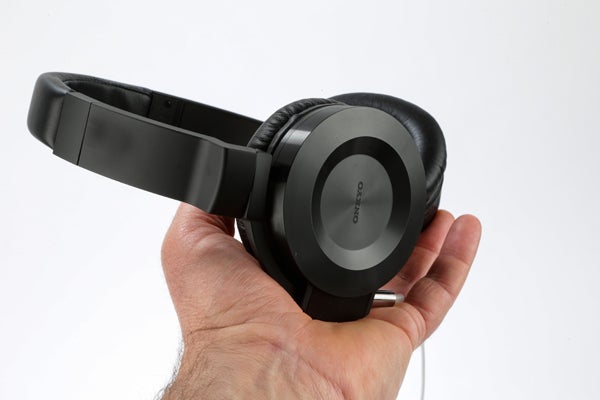 The headband tension suggests that, if anything, Onkyo intends them to be used primarily as a portable pair. Although perfectly comfortable thanks to the generous soft foam pads, the tension is tight enough that you could go for a light jog without the movement flinging them under the wheels of a passing car.

The hardware design of the Onkyo ES-HF300 also helps them feel strong without becoming heavy. Each earcup is finished in sleek-looking, cool-feeling, sharply-contoured aluminium, but other parts of the construction are plastic. 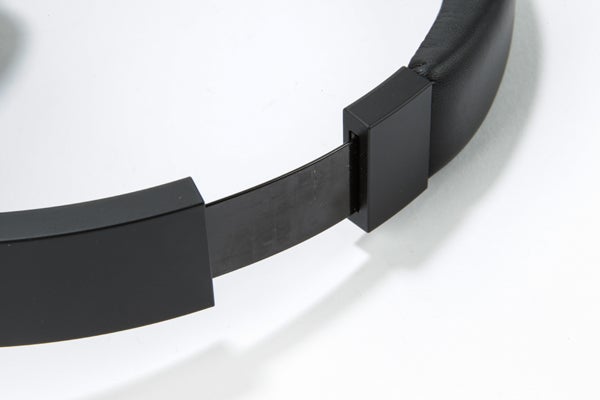 They offer a great balance of looking and feeling good without sacrificing any practicality, in terms of either cost or weight. Decent headband padding keeps them comfy for long periods – the only obvious problem being that the close pads will heat your ears up on a warm day. And as the inner chamber is quite small, those with large, sensitive ears may not get on with them too well.

As one of the few higher-end pairs of new portable headphones that doesn’t feel the need to slap the name of a celebrity on their marketing, it’s refreshing to see the Onkyo ES-HF300 try to separate themselves in other ways.

First, there’s the cabling. The cable is removable, and plugs into each earcup using a MMCX micro coaxial connector. This is a standard – but not well-known – plug type that clicks into place with a simple push. 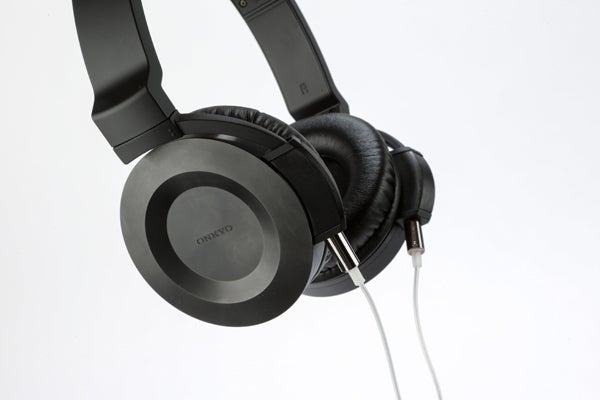 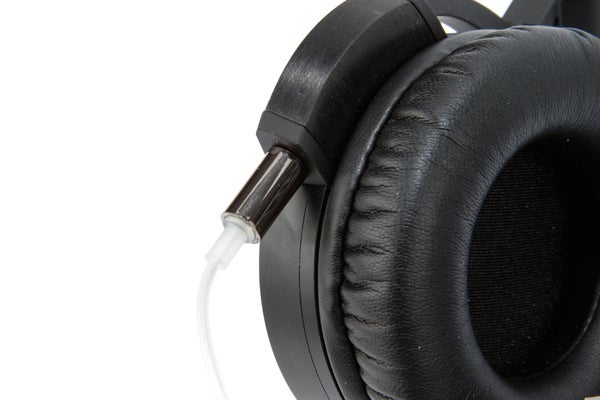 It’s the cable that separates the Onkyo ES-HF300 from the one-rung-down ES-FC300 too. They’re the same headphones but these have a swanky pure copper cable while the FC300 use a less snazzy flat one. Onkyo claims the higher-end cable opens-up the sound stage a little, although we haven’t yet had the chance to test this ourselves with an A/B comparison.

Onkyo is a name that’s pretty respected among audio enthusiasts, so there’s a lot riding on the sound quality of the Onkyo ES-HF300. And, for the most part, they don’t disappoint. 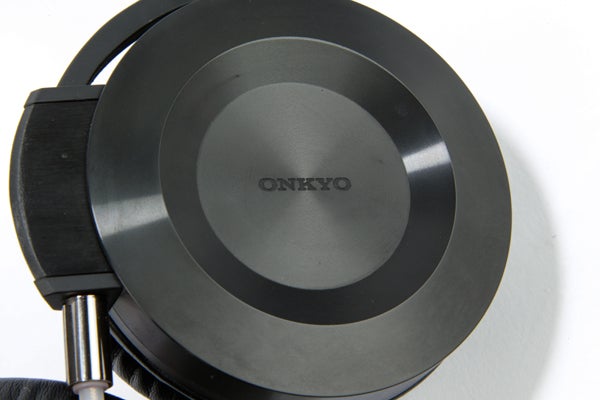 These are headphones with a detailed, sophisticated top-end and smooth mid-range. Clarity is great, and the tonality of the excellent treble makes vocals sound great, and avoids any harshness with potentially sibilant material. Roll-off is minimal, and for a closed pair the soundstage is wide and expansive.

Its areas of strength can compete with the very best portable headphones at the price. But only in these respects, because there are a few problems down in the basement. 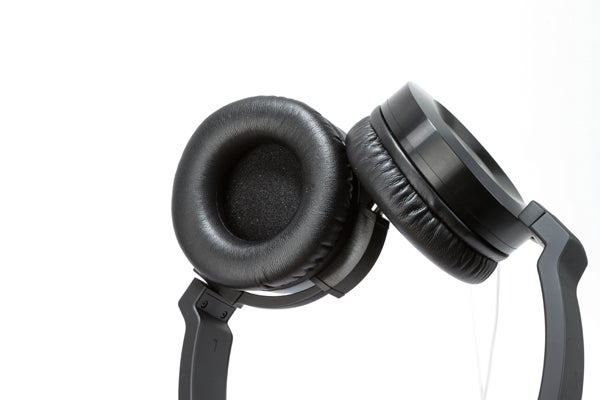 For the most part the Onkyo ES-HF300 sound is well-balanced and coherent, but there is a substantial emphasis in the low bass register that stops dead the ES-HF300’s chances of being revered as a monitor headphone.

The bass spike supplies these cans with the meaty low-end thwack that’s so terribly popular these days, and it’s low enough down the frequency spectrum to avoid causing the clogged-up mids heard in the Beats range. However, it’s not big or clever and does spoil the otherwise good sound balance.

In some arrangements it causes a low-end burble that, like a loud fart during a sermon, is unwanted and slightly embarrassing, in a relatively high-end – and otherwise high-end sounding – headphone.

With the bass considered, the Onkyo ES-HF300 can’t really be considered truly serious headphones. However, they are still seriously enjoyable.

Audio purists will have to short circuit their pedantry a little to live with them, but learn to accept with the bass inflation and you’ll find yourself with some of the best bass-led headphones at the price. 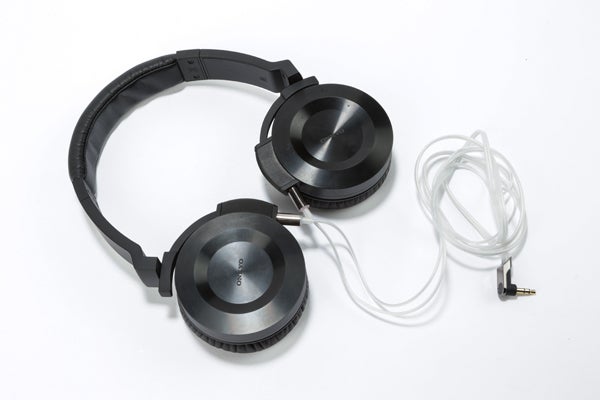