What are the Bowers & Wilkins P7 headphones?

The Bowers & Wilkins P7 headphones are high-quality, high-price headphones that are out to win an audience of people looking for the very best money can buy – on the high street. The ‘high street’ part of the price is important too, as you can get higher-end sound for the same price if you’re willing to trade away the fancy and portable closed design. Still, for someone looking for an everyday pair that screams quality and will last, you can’t do much better than the P7s. 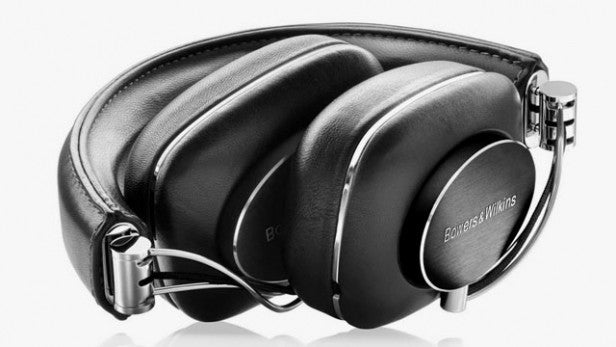 The P7 are the largest headphones Bowers & Wilkins has produced. Both the B&W P5 and P3 are mid-size on-ear headphones, but the P7 are full-size over-ears headphones that sit around your ears rather than on them.

Traditionally, over-ear headphones are more comfortable than the on-ear kind as they don’t rest on the sensitive cartilage of your ears. However, the Bowers & Wilkins on-ear pairs have padding so gloriously soft that comfort has never been considered a real issue of the P3 and P5.

Those who have owned Bowers & Wilkins headphones before may be surprised to hear that the Boowers & Wilkins P7 pads are quite firm. They’re not the heavenly pillows used in the other cans, and they don’t disappear on your head quickly like a Bose QC15 set. 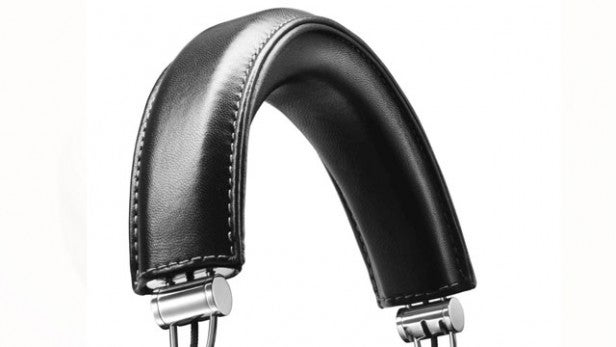 The potential comfort issues are largely instigated by the additional weight of a full-size pair of headphones like this. Bowers & Wilkins hasn’t radically changed its construction style and they are very well-made, for the most part.

The headband and pads are topped with real leather – not the fake stuff you get in 95 per cent of headphones that appear to use leather.  The backs of the earcups are finished in leather too, giving them that extra bit of a luxurious feel.

Other visible parts of the Bowers & Wilkins P7 are either steel or aluminium, depending on which works better. Steel’s there for strength, aluminium for its lighter weight and superior finish. For example, the ‘logo’ backplate of the earcups is brushed aluminium.

These headphones look the part, and fit in with their B&W brothers perfectly. However, they are a good deal less discreet than the other Bowers & Wilkins headphones, by simple virtue of their size – they stick out from the sides of your head a bit more.

At first look, you’d assume the Bowers & Wilkins P7 have non-removable cables. But they are actually very easily replaceable. The leather earpads are kept in place with magnets, and can be popped off fairly easily with a fingernail (although not in normal use. The cable snakes into a little alcove, and ends in a normal 3.5mm jack. 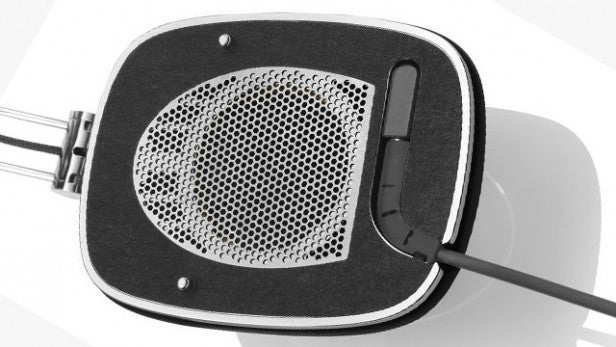 There’s also a neat little remote that sits on the headphone cable – a three-button remote designed primarily for Apple devices. With Androids only the central button works properly, letting you control playback but not volume when listening to music. It’s a common, and difficult, problem.

What’s a little more disappointing, though, is the fairly poor isolation the Bowers & Wilkins P7 offer. They don’t block out sound anywhere near as well as some rivals, leading us to conclude there must be sound ports we can’t see – from the look we’d have assumed isolation would be pretty good. They can deal with trains and buses reasonably well, though, and sound leakage isn’t much worse than the usual.

We also found that the glue used to keep the jack housing to the jack cable isn’t good enough. During testing, the metal sheath worked itself free. This is not something we expect – or tolerate – in headphones this price.

The Bowers & Wilkins P7 are tuned for enjoyment of music, not for immense accuracy, however they are designed for ears more grown-up and discerning than those of the Beats generation.

They offer just enough ‘additional’ bass wallop to add a degree of fun to the sound without getting close to approaching boominess or poor sound balance. Like the other Bowers & Wilkins headphones, the P7 also have a very robust mid-range that provides the ‘lush’ and ‘warm’ sound that the company has become known for.

This time around, Bowers & Wilkins has also jacked up the treble to avoid the veiled sound that some accused the original P5 headphones of having. The Bowers & Wilkins P7 are still very careful about their treble reproduction, though. Treble extension is carefully managed to avoid the any sibilance or harshness. It works. However, we think it might be a bit too aggressive.

Roll-off at the top end may give the treble a velvety texture, but can leave vocals sounding slightly constrained compared with headphones that aren’t so scared of adopting a slightly bright tone. That’s not to say that detail is poor – it’s very good indeed. This part of the Bowers & Wilkins P7 is just a bit safe. But then these are very mainstream headphones (as mainstream as a £350 pair of headphones can be).

One risk of having a fairly mid-heavy sound with the mid-bass meat that helps to give headphones a full-sounding and ‘warm’ tone is that they can come across as congested. Other than injecting a bit of extra life into the treble compared with old models, the P7 try and avoid this with a very active approach to managing the soundstage and/or channel balance.

Presentation takes a back seat (as opposed to being ‘forward’), and there’s the impression of the central channel being sidelined ever-so-slightly in order to emphasise the width of the soundstage, using the left and right channel sound information. The result is that we find ourselves upping the volume a little more than normal – not so much to get more volume but in order to get enough vocal presence.  And as wide as the sound is, separation isn’t as good as it would be in a rival open-back set.

Flat and wide-sounding headphones are often accused of being a bit boring – a criticism frequently levelled at the super-wide AKG K550 and open-back Sennheiser headphones like the HD 598. However, we don’t fine these headphones boring. They have enough bass and treble zing for a thoroughly enjoyable listen – but they do lack a bit of attack. This comes into play when trying to recreate the aggression of some rock music, which the Bowers & Wilkins P7 struggle with at times. 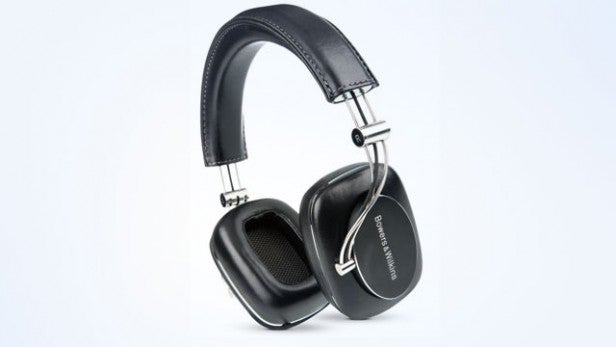 Should I buy the Bowers & Wilkins P7?

Their sound alone certainly doesn’t merit a £90 price hike over the rival Sennheiser Momentum. And they are much worse at drowning out the noise of the city than the Bose QC15. Much worse. But, of course, that doesn’t mean these aren’t some of the best portable (or semi-portable) headphones around.

For a similar price, you get can better sound if you’re willing to go for an open-back headphone. The AKG Q701, now available for as little as £215, offer higher fidelity audio. And if you’re really looking to splurge, for this price you’re very close to getting a very serious pair of headphones, such as the planar magnetic HiFiMAN HE-400 (planar headphones are similar to electrostatic headphones in some respects).

Are these great headphones? Sure, but don’t convince yourself that they’re the best headphones for every situation just because they cost a bomb.

The Bowers & Wilkins P7 are classy headphones with the sort of construction most other sets can only dream of. Sound quality is bettered by open-back sets, but they’re portable headphone royalty. As long as you don’t work on a building site – noise isolation isn’t that good.

Next, head our best headphones round-up