The Citation 100 speaker from Harman can be a lot of fun. Bass is powerful and the sound is room-filling and boisterous, but it’s not the best choice if you’re after a speaker that boasts a neutral and balanced audio performance

The Harman Kardon Citation 100 is a large smart speaker that hooks up with Google Assistant. You can ask for tracks and organise your life using its built-in microphones.

This is also one of the most serious-looking smart speakers around. It’s a big black tower that shrugs off the cute factor of the Libratone Zipp 2 and Amazon Echo Plus.

The sound is not that of a stuffy traditionalist, though. Its big, deep bass is perfect for playing loud. Just make sure that’s what you want from this £279 speaker. There’s plenty of choice at the price.

The Harman Kardon Citation 100 is one of the bigger Google Assistant speakers. Here’s a shot of my hand on its top to give you a clearer idea. 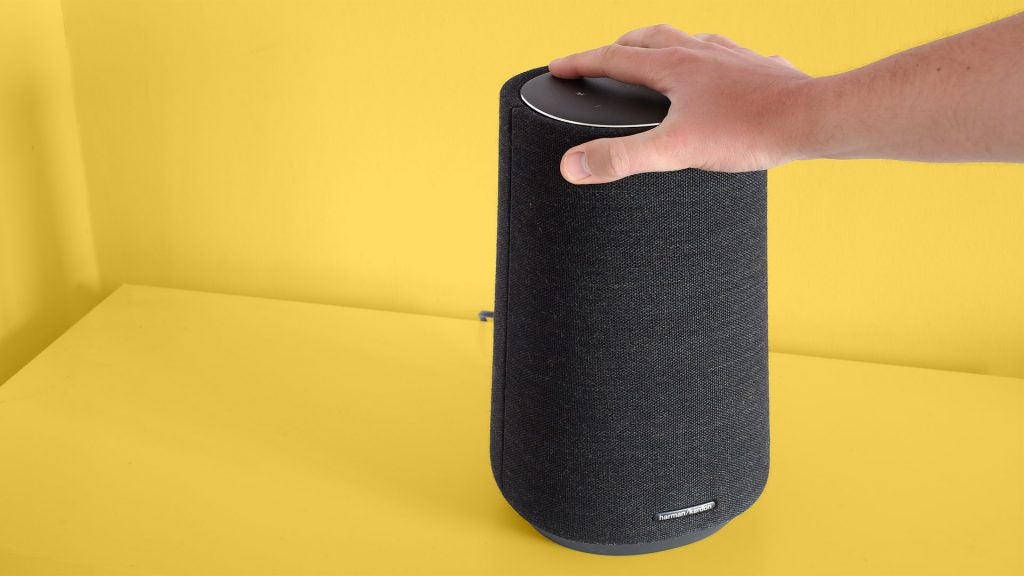 It stands 27.5cm tall, a full 11cm taller than the Sonos One. For most, this is not a major practical problem. The Citation 100 is an upright speaker. Its base does not demand masses of space, and is only roughly as tall as a bookshelf speaker.

But the Citation 100 is not the obvious choice if you want a smart speaker people will barely notice until it plays music. JBL makes smaller versions like the Citation One for that audience.

A large plate of anodised aluminium sits on top. Don’t let this top part see too much sun, as its paint starts to discolour after a while. 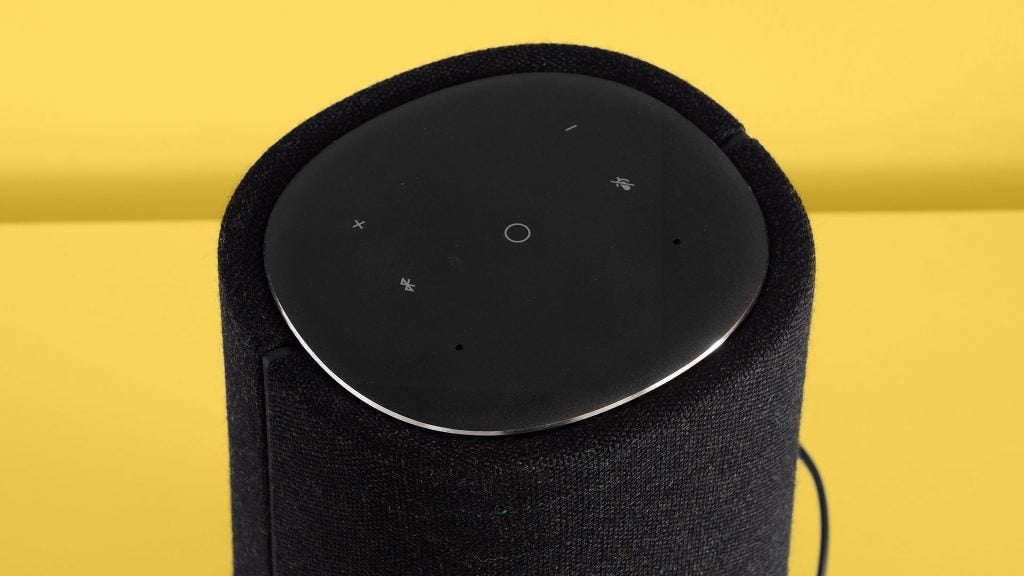 All the controls sit on the Citation 100’s top plate, and none of them use proper buttons. This is a capacitive touch surface, with hotspots to alter volume, switch to Bluetooth, mute the mics and play/pause.

The Bluetooth button is one of the most important parts to note. Smart speakers use Wi-Fi to communicate with their attached digital assistant, but if they also have Bluetooth, you can stream audio from any phone app you like more easily.

The Harman Kardon Citation 100 does not cover all bases, though. There’s no 3.5mm jack, and no easy way to plug in a turntable if that’s the last hanger-on from your conversion to all-digital music. 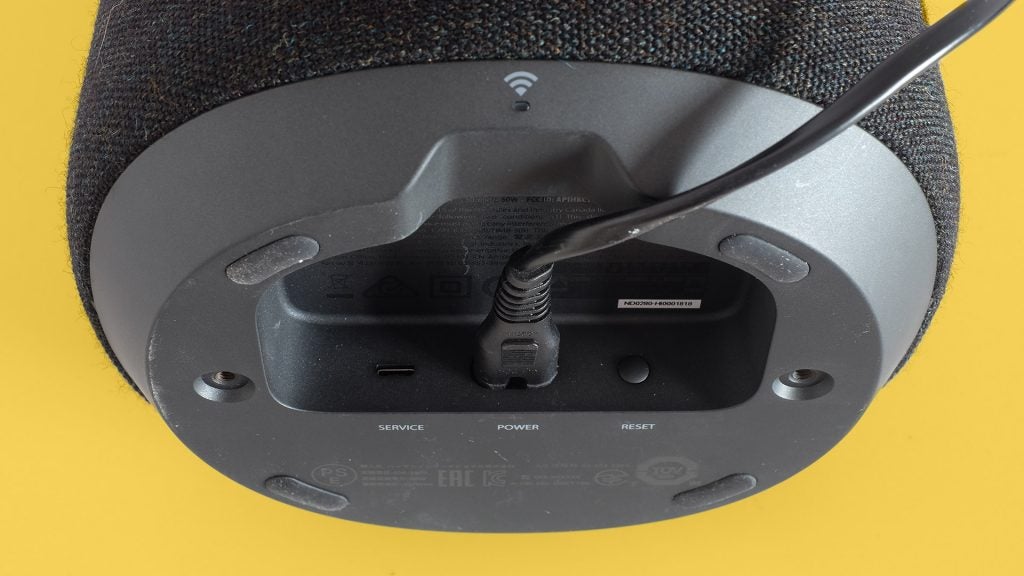 This is also a completely non-portable speaker. There’s no battery inside, no option to add one, and no water resistance or sense of ruggedness. It’s made for the home, not road trips. However, there are two threaded stand mount points on the bottom, which is handy.

Harman Kardon Citation 100 setup is a cinch. It’s all handled through the Google Home app, leaving no room for a poorly developed custom app to ruin the experience. It also lets you group the Citation with other speakers on the platform, not just JBL ones.

One feature is not quite as advanced as your average smart speaker, though. The Citation 100 only has two microphones, not the six seen in Amazon Echo speakers, even the relatively cheap Echo Dot. 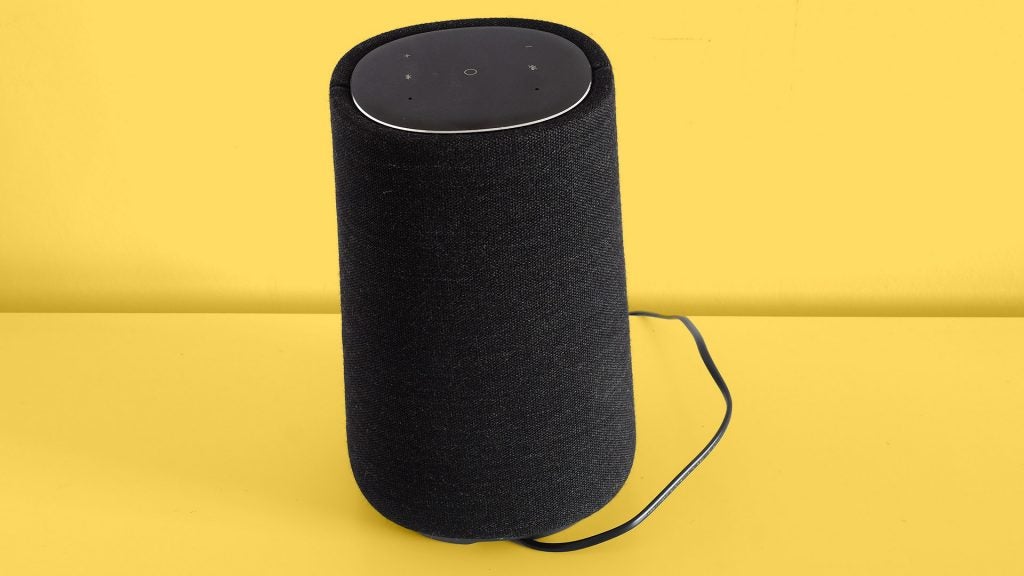 You might imagine this means you have to talk to the Citation 100 like a relative who needs a new hearing aid, but most of the time the experience is similar to a six-mic-array device. It can handle speech at normal volume from across a room, and can usually hear you over any music playing through the unit itself.

Fewer mics makes sense from another perspective too. Some smart speakers have 360-degree sound, due to the assumption they might end up sitting in the middle of a room. The Citation 100 has a clear front and back, and is more likely to end up against, or near a wall. 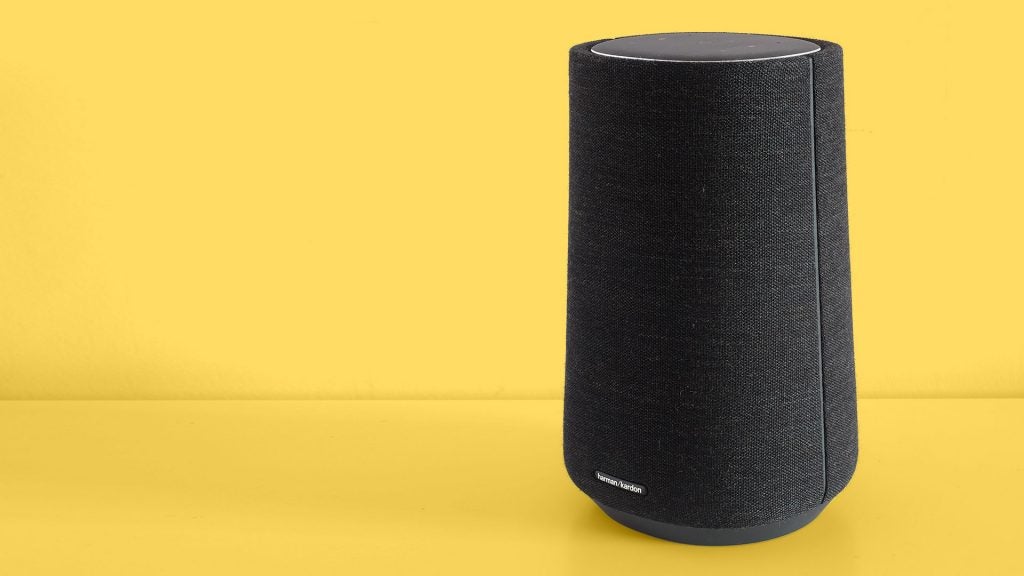 Harman Kardon Citation 100 sound quality – not a particularly neutral-sounding speaker, though it does produce a big sound

Harman Kardon calls the Citation 100 “the smallest, smartest home speaker with powerful sound”. The small part may be a little deceptive, but the “powerful” is not. Its bass is deep and full-bodied, extending far beyond neutrality, and into the party zone.

It would be wrong to call this a brainless bass monster. The Harman Kardon Citation 100 has very pleasant, sweet treble, good mid-range texture and sounds confident at sound levels that will make you nervous about disturbing the neighbours. 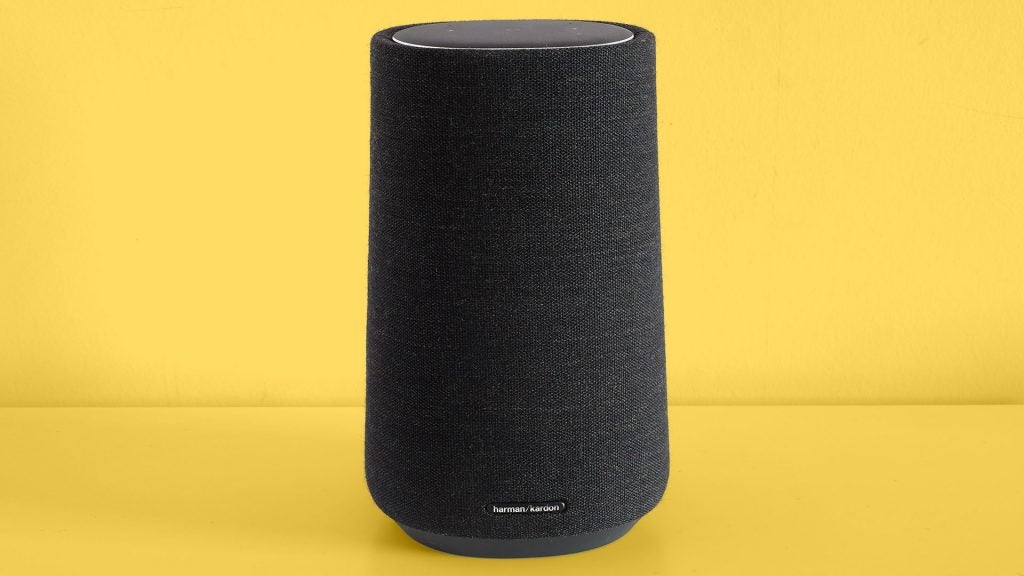 This is one of the best choices at the price if you want rich sound, and the ability to fill fairly large rooms at higher volumes without the strained tone you’ll hear should you ask a smaller speaker like the Sonos One to do the job.

Bass integration isn’t too bad either, although clearly emphasised low-end has less than natural presentation by definition. And that’s the main potential stumbling point here. In a classic rock band arrangement, the Harman Kardon Citation 100 gives bass guitars too much prominence, as if the bassist’s brother is on the soundboard.

You won’t hear too much mid-range incursion or ear-offending booming, though, which is why the Harman Kardon Citation 100 still earns a good score. Just make sure you want a speaker ready to party. It’s much more boisterous than you might expect from a speaker that looks as though it buys, if not necessarily reads, The Economist. 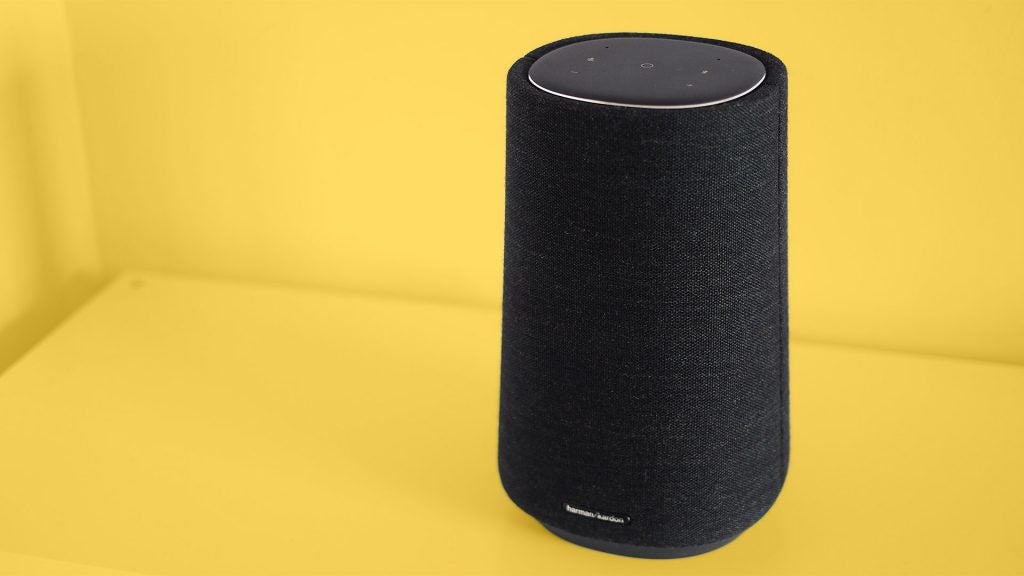 Should I buy the Harman Kardon Citation 100?

If you want to plug in wired sources like a record deck, don’t buy a Citation 100. It’s not the right choice if you’re after the most neutral and carefully balanced sound around either.

The Harman Citation 100 can be a lot of fun, though. It offers very powerful bass, and the rest of the sound is not an afterthought. Harman Kardon got half way to making an entirely grown-up speaker, but then left certain parts of it with roguish Peter Pan charm.