The original Echo Plus felt like a product that wasn't quite ready to go, and it was expensive for what it was. The Amazon Echo Plus (2nd Gen) is a far superior product, starting out with the more attractive finish that makes it look far classier. Internally, the audio has been improved to the point where the Echo Plus may be the only music speaker you need, and you have the option to improve things further with a stereo pair. The integrated Zigbee smart home hub is starting to find its uses thanks to several app updates that make direct control of devices easier. If you're looking for a high-quality smart speaker, this is the one to buy.

What is the Amazon Echo Plus (2nd Gen)?

2017’s Echo Plus was a bit of a strange device. With its built-in Zigbee hub, it was designed to give you a smart home without the need for additional boxes, but failed to deliver the controls needed. It was also a throwback to the original Echo. This year, the Amazon Echo Plus (2nd Gen) feels like a better product.

A neater design, a more useful smart hub and improved audio all make this the more premium Echo device that the original Plus failed to be. That said, it still lacks the sound quality to really rival the main music players: the Apple HomePod, Google Home Max and Sonos One.

As with the rest of the revamped Echo range, the Amazon Echo Plus (2nd Gen) has been redesigned from the ground up. Its cylindrical body is covered in fabric, with a choice of black, grey or white options. It’s a big step up from the original Echo Plus. 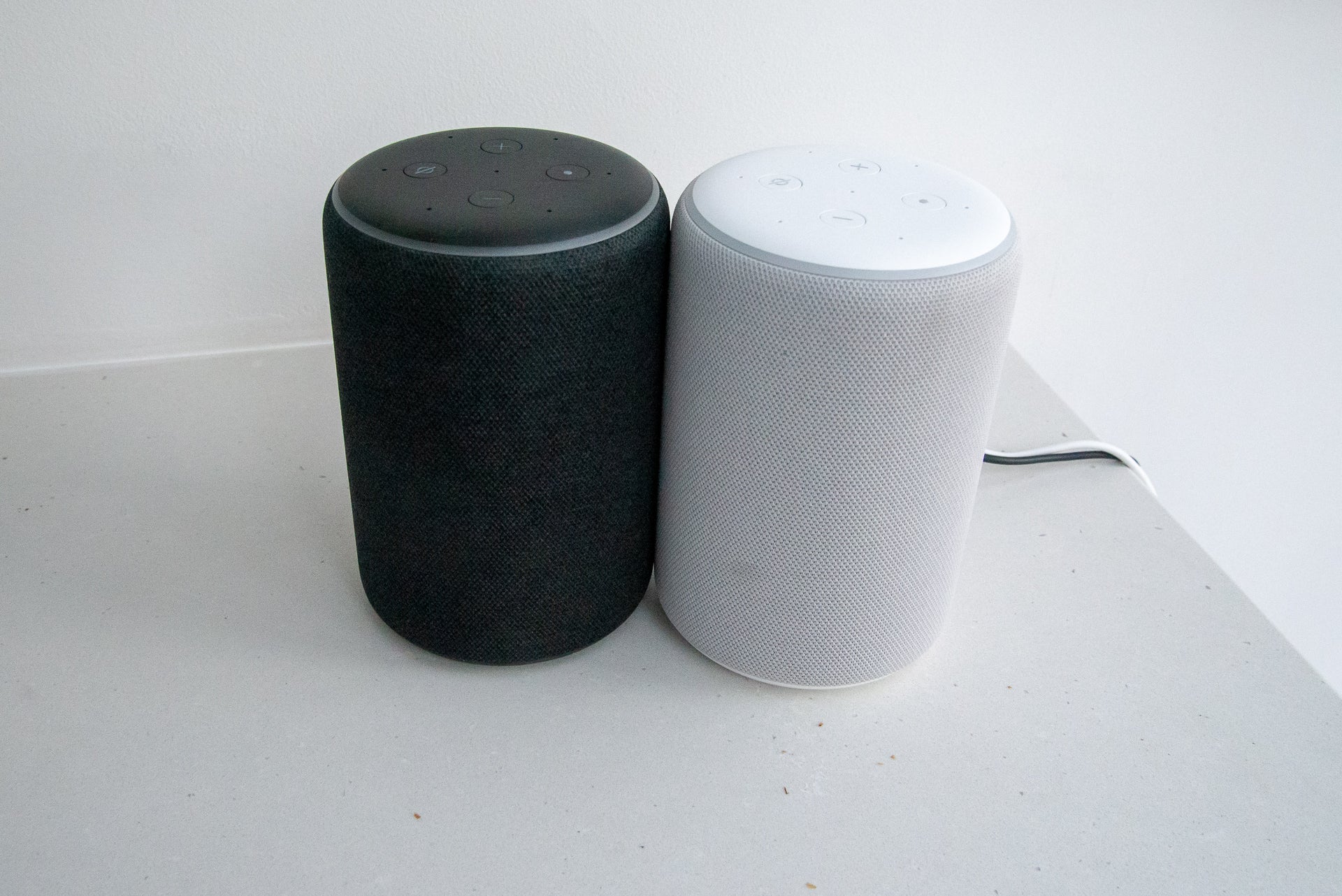 Now, the Echo Plus looks much more like the regular Amazon Echo. At 148 x 99 x 99mm, the Echo Plus is the same height as its little brother, only a little fatter.

The only thing I miss about the original is its mechanical dial used for volume control. Instead, the Amazon Echo Plus (2nd Gen) uses the standard button layout as its siblings. On top, there are volume buttons, a microphone mute to stop Alexa from listening, and an activation button, so you can ask a question without having to say ‘Alexa’ first. 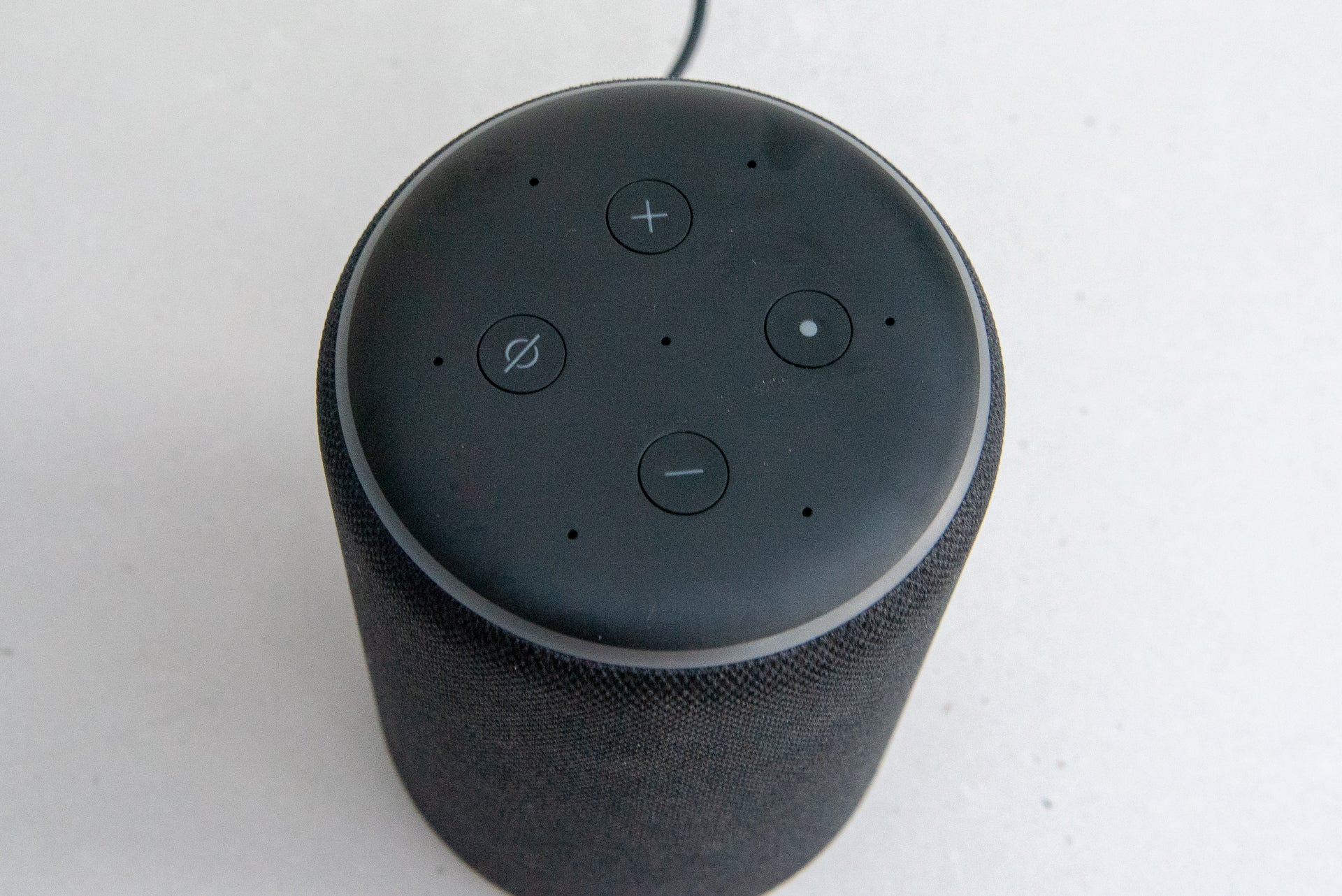 From the small holes on top, you can see that the Echo Plus has seven far-field microphones for picking up sound. Generally, the Amazon Echo Plus (2nd Gen) picked up my voice-prompts regardless of distance.

As the Echo Plus uses the cloud-based Alexa smart assistant, it has the same range of main features as the other Echo smart speakers. I’ve covered these in more detail in my Amazon Alexa guide, but I’ll go over some of the finer points here.

As a general assistant, Alexa does well. It can pull information from your calendar (including G Suite accounts, which the Google Home can’t do), give you weather reports, let you set multiple timers and answer simple questions.

Alexa isn’t quite as easy to talk to as the Google Assistant and needs more stringently worded sentences to respond. And, as Amazon can’t use Google services, directions and local business results aren’t as accurate or as useful as with Google’s service.

The Amazon Alexa Skills store remains one of the system’s highlights. Each Skill lets you expand what the Echo is capable of, such as giving you live Tube updates. As each Skill is rated, it makes it easier to search out and find the quality ones, avoiding the trash.

The Zigbee hub is no longer unique to the Amazon Echo Plus (2nd Gen), also featuring in the Echo Show. If you have both on your home network, then the Echo smart speakers act as repeaters giving you greater coverage. The problem with the original was that the smart hub wasn’t that useful, let down by the software support.

This time around, Amazon has improved the app, making the Zigbee hub a potentially useful product. Add in Philips Hue bulbs, for example, and you can now use the app to set the colour, as well as toggling the lights on or off. You still get more control of scenes and a wider range of colours if you use the Philips Hue app, but the Amazon Echo Plus (2nd Gen) gives enough control for many people. 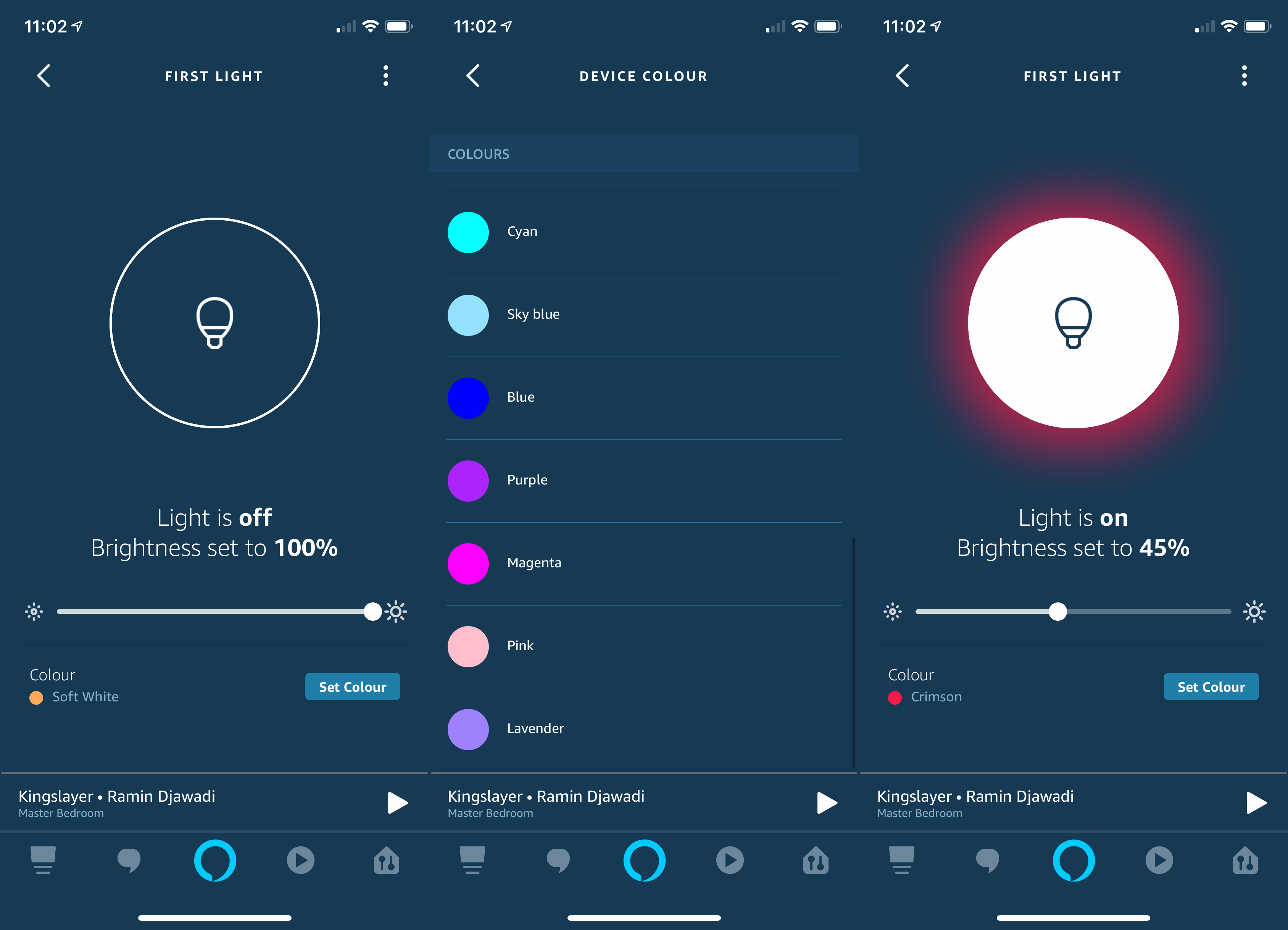 It’s still not a perfect system, though. I could pair a Philips Hue Dimmer Switch with this new Echo Plus, but the Alexa app didn’t let me do anything with the button.

Otherwise, it’s smart home as usual. A wide variety of devices are supported, and it’s easy to create routines so that multiple things can happen when you say one trigger word.

The Echo Plus now has a temperature sensor built in. From the app (or by asking), you can get the current temperature, although it seemed to take a few seconds for the app to convert from Fahrenheit to Celsius. However, you can also use the information in a routine, say turning on a fan if the temperature exceeds a certain level. You can see what Amazon started here, and recent updates to routines let you trigger them through other devices, such as motion sensors. It’s a small step forwards, but Amazon keeps improving its app and services to bring unified smart home control across the widest range of devices of any system. 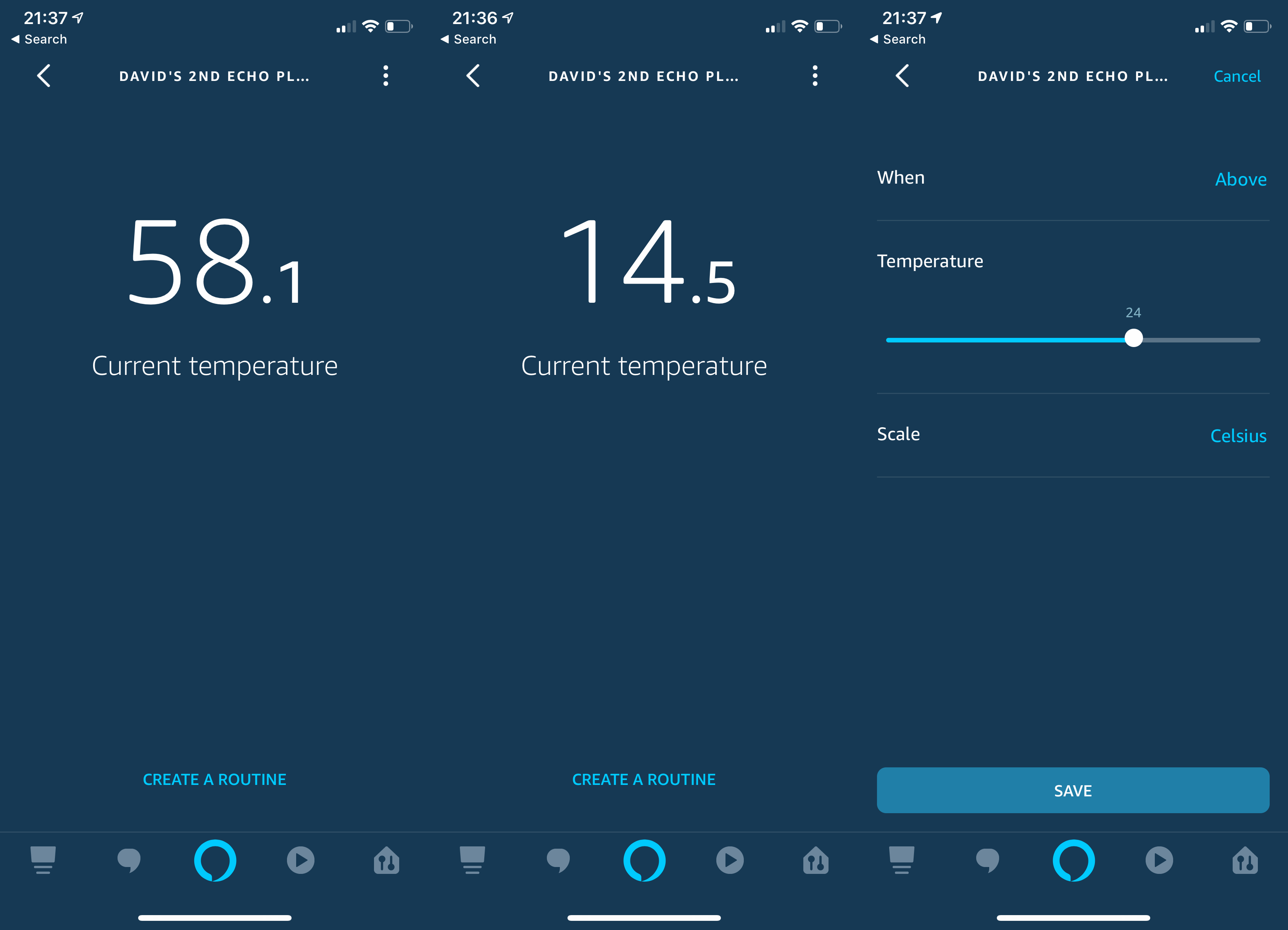 Inside, there’s a 0.8-inch tweeter and 3-inch subwoofer. The combination is far more impressive than on the original Echo Plus. Bass is loud and thumping, and the high end is produced faithfully. If I’m being very critical, the mid-range is a little more compressed, and some of the subtlety is lost in music. The Amazon Echo Plus (2nd Gen) is definitely not a HomePod or Sonos One competitor and loses out to both of these speakers for musical fidelity.

But price is important. The Echo Plus is only £139.99, while the HomePod is a whopping £319 and the Sonos One is £199. In terms of price and performance, the Echo Plus stands up well and is definitely a device that I could listen to music on.

Even better, there are a couple of tricks that the Echo Plus can employ. First, you can use two in a stereo pair following my advice on how to create an Amazon Echo Stereo Pair. This gets you proper stereo separation, and you’re still paying less than for a single HomePod. Add the Amazon Echo SUB into the mix and you get greatly-improved bass, too. Overall, two Echo Plus speakers and SUB proves to be a brilliant mid-range system for the price, delivering an audio experience that will beat most Bluetooth speakers hands-down. If I’m being critical, the Google Home Max and Apple HomePod sound better, but both are more expensive systems, particularly if you want to run them as a stereo pair.

Should I buy the Amazon Echo Plus (2nd Gen)?

If you just want a slightly more powerful Echo speaker than the Amazon Echo Dot (3rd Gen), you’re probably better off looking at the current (2017) Amazon Echo. But, if you want a smart speaker that gives that bit more musical prowess without breaking the bank, the Amazon Echo Plus (2nd Gen) is well-priced, particularly given its integrated Zigbee hub and mid-range music credentials. A vast improvement over the original.