The GravaStar Mars Pro is an interesting speaker with a super-striking design. While I do believe you’ll need to be a fan of the aesthetic to even consider it as your next speaker, sound quality is impressive, with a great focus on deep bass.

The GravaStar Mars Pro speaker sports an interesting, rugged sci-fi design, being made by the same company as the GravaStar Sirius Pro earbuds. While it doesn’t come with an huge number of features or add-ons, audio performance is solid, with a great focus on bass.

Nevertheless, this is one speaker you’ll probably only consider if you’re a fan of the striking cyberpunk design. Even if the aesthetic is perfect for you, though, this speaker is worth considering as a result of its sturdy build and impressive audio – although the price may deter you.

The first thing you’ll notice about this speaker is the design. It’s unlike any other speaker I’ve seen, looking remarkably similar to the Omnidroid robot from The Incredibles movie. The sphere is mounted on three legs that can be folded in, with the sphere itself being made from a zinc alloy.

Overall, the speaker feels incredibly sturdy, weighing in at 2.5kg. However, the tripod base does mean you’ll need to ensure it’s placed on a flat surface. Note, too, that because of its weight, this speaker hasn’t really accompanied me on my travels – I don’t believe it would well outdoors – but it’s fine for moving around a home.

My speaker was the Aurochs Special Edition model, which comes with two magnetic accessories that can be attached to the top of the sphere to enhance the space-like aesthetic. While these were a nice addition, it’s worth noting that the Mars Pro is available in other colourways – Black, White and Aquarius variations – for $100/£100 less.

In terms of control, there are Stop, Power, RGB lighting and Bluetooth buttons, as well as a touch panel for adjusting the volume – which I’ll touch on in greater detail in the next section. The speaker makes a space sound effect on powering it on and off, and while I appreciate GravaStar sticking to the theme, this feature can’t be turned off, nor seemingly turned down. This became a somewhat annoying in certain circumstances, such as late at night.

The metal rear of the speaker has a mesh design that’s accentuated by the RGB lighting; I was a fan of the fact that the space aesthetic is carried through the entirety of the Mars Pro’s design. Note that the USB-C charging port is located at the very bottom of the sphere, so it’s possible to charge the speaker as it plays.

It’s hard to overstate this speaker’s looks, with many of my friends truly divided over whether they would class the design as cool or an eyesore. I’m a fan – but it certainly won’t be for everyone.

It’s fair to say that this speaker doesn’t come with a swathe of features, which is somewhat disappointing given its price. There’s no voice control or companion app, either, meaning you can’t alter the EQ presets. If you’re connected to the speaker via a device that supports voice control, such as an iPhone, then you’ll be able to use Siri – although it isn’t built into the speaker itself.

Support for Bluetooth 5.0 technology is included, and I’m pleased to report that the speaker never suffered any signal dropping or cutting out. It also has good range, as I was able to get across my whole flat – around 40 feet – with several doors shut without it disconnecting.

As I’ve already mentioned, this speaker comes with RGB lighting. It can be turned off and toggled via the lighting button, with six colours to choose from: red, light blue, dark blue, orange, green and purple. In my opinion, the lighting definitely adds to the speaker’s aesthetic, although I’d have welcomed some options in the presentation – for example, the colours changing during a song.

The RGB lighting is surprisingly subtle, too, which I liked, as in excess it may have overpowered the rest of the design. Much like most of this speaker’s features, the inclusion serves a purpose besides simply looking cool.

One of the Mars Pro’s most prominent features is the touch-controlled volume bar. In use it was responsive and worked well; I prefer this solution over the buttons elsewhere.

GravaStar states the Mars Pro offers a battery life of 15 hours. In real-world use, I rarely had to charge the speaker in between uses. It managed 16 to 17 hours off a single charge, with a mix of the RGB lighting turned on and off, which was ideal for parties and other scenarios where I needed it to last for a chunk of the night.

Regardless of its niche design, like any speaker the Mars Pro’s real test is audio quality – which, in my experience, was very serviceable. It delivers a balanced and warm tone that works well with most genres of music, although I did notice that overly busy songs can veer into sounding muddled, especially with the volume ramped up.

The speaker can reach good volumes, easily able to fill my medium-sized bedroom and lounge. It also performed well on my balcony, producing a wide and big sound that is able to retain detail.

It was mainly with Olivia Rodrigo’s good 4 u that the Mars Pro appeared to struggle. The beginning of the song and the verses sounded great, with the speaker able to capture the soft high notes without sounding harsh.

However, as the chorus kicked in and the drums started up, the song became more muddled; it was difficult to separate the instruments from the vocals, with the drums taking over. This was more of an issue when the speaker was playing loudly – it was less apparent while on a lower volume, although distortion was evident overall.

In addition, depending on the track, the Mars Pro can get a little too excitable – good 4 u, in particular, loses a lot of detail and depth. This wasn’t apparent in softly sung songs, with Flowers on the Freeway by Cody Lovaas maintaining heaps of colour without the vocals getting left behind.

With Lovaas’s song, the Mars Pro demonstrated more balance, delivering a solid soundstage that’s distinctive without losing the delicate notes in his voice. The song sounded warm and dynamic – a total shift from the speaker’s performance with Rodrigo’s good 4 u.

Bass-focused tracks faired better, with powerfully sung vocals tending to come out on top; they remained more nuanced – the Mars Pro seeming to favour whichever aspect of the song comes out the loudest.

A Little Less Conversation by Elvis Presley sounded better, with grater emphasis on the vocals. Presley’s vocals sound smooth and nuanced, and his voice takes centre stage as the instrumentals round out the sides. The bass was able to go deep, causing vibrations on my desk, and the saxophone sounded distinctive, offering up great contrast to the deeper vocals.

While there are better speakers on the market, the Mars Pro isn’t targeted at audiophiles. It’s capable of creating a warm and balanced sound; it just stumbles with certain genres.

I used this speaker most for listening to deep and heavy tracks, such as those from Presley or Fleetwood Mac – although, as mentioned, the GravaStar Mars Pro can deliver softer songs well, it’s just a little more of a gamble.

You want a space-themed speaker The GravaStar Mars Pro is a remarkably striking speaker, with a rugged sci-fi design that’s bold and loud. The audio here is serviceable, with a great emphasis on bass. The deign won’t be for everyone, though.

You want a great audio experience While bass-heavy songs are handled well, the Mars Pro can stumble with certain genres of music, losing detail and nuance.

The GravaStar Mars Pro is a challenging speaker on which to give a verdict, since its design is such a huge part of its identity. While the space styling isn’t my ideal aesthetic, I’m still a fan, and I’m sure it will greatly appeal to a certain audience.

On the audio side, overall I was happy with its presentation of most songs. There was a lot of emphasis on bass, with some of the delivery retaining plenty of detail and balance. Certain songs were prone to becoming muddled, though. While this didn’t afflict every genre, it’s something to be wary of.

Overall, I’d only wholeheartedly recommend the Mars Pro to those who love the design, as a result of its high price and lack of portability. For a decorative sci-fi speaker for your room, this is an ideal pick – although those prioritising high audio quality and a more subtle design should look elsewhere.

We test every wireless speaker we review thoroughly over an extended period of time. We use industry-standard tests to compare features properly. We’ll always tell you what we find. We never, ever, accept money to review a product. 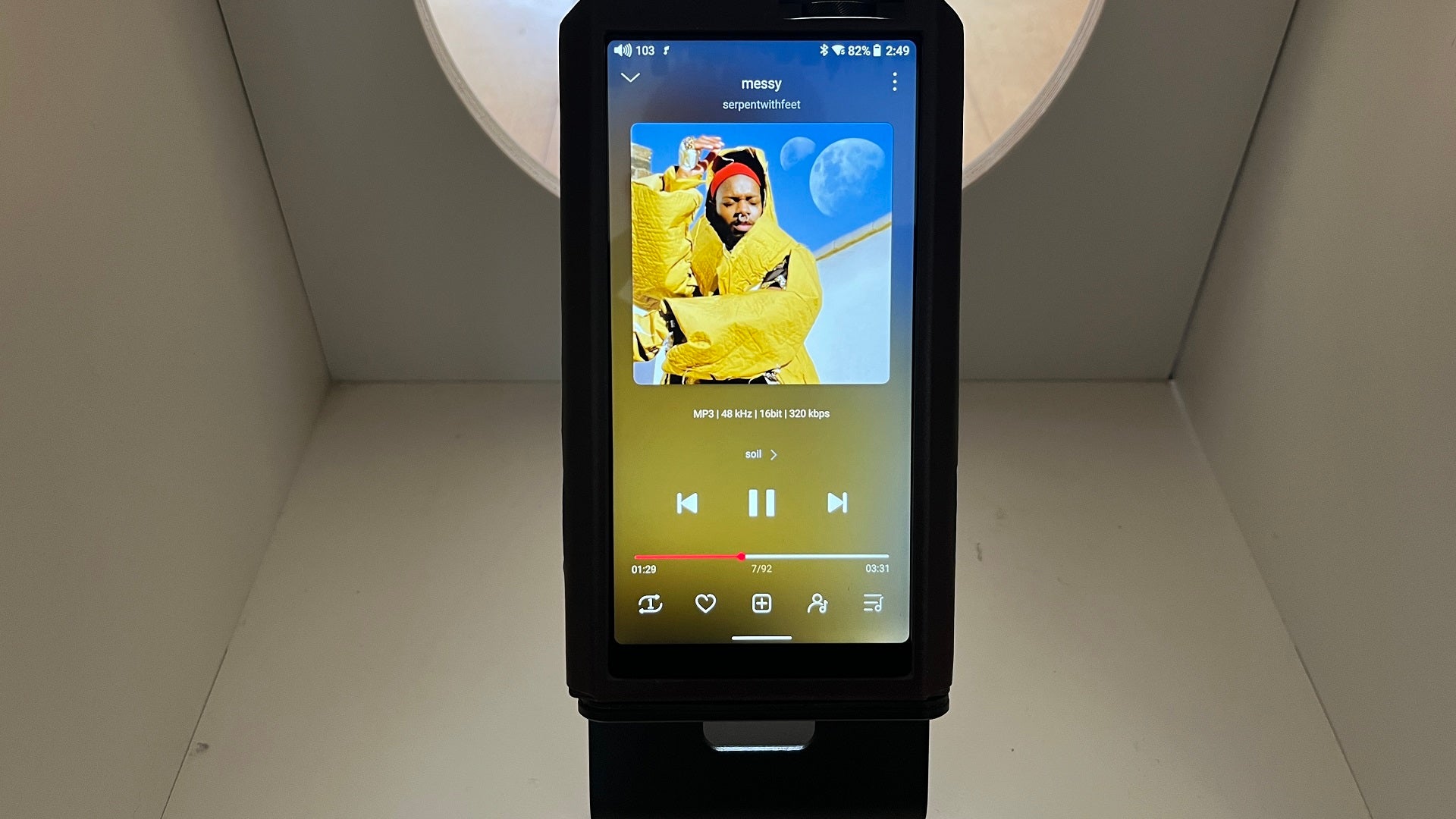 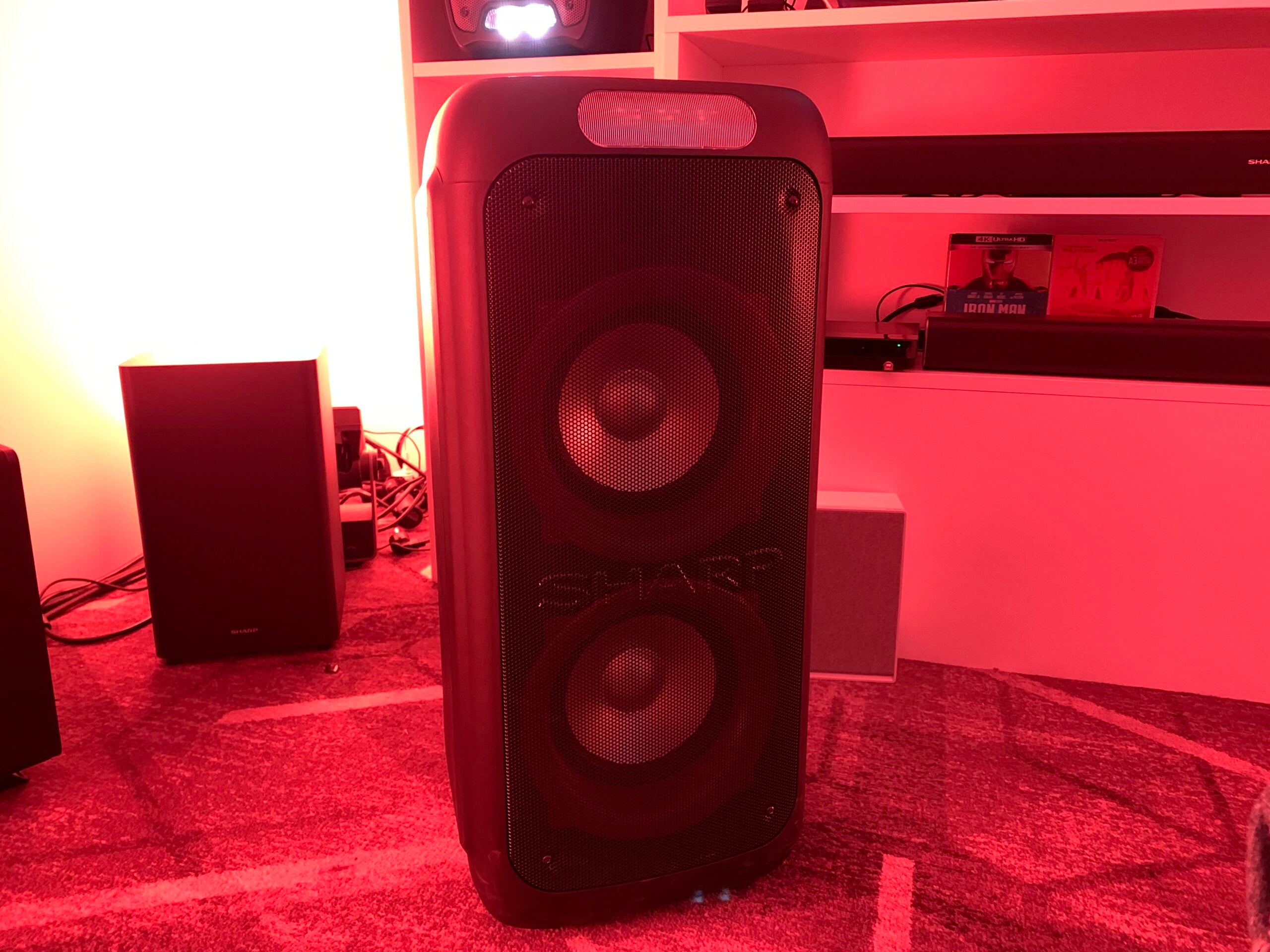 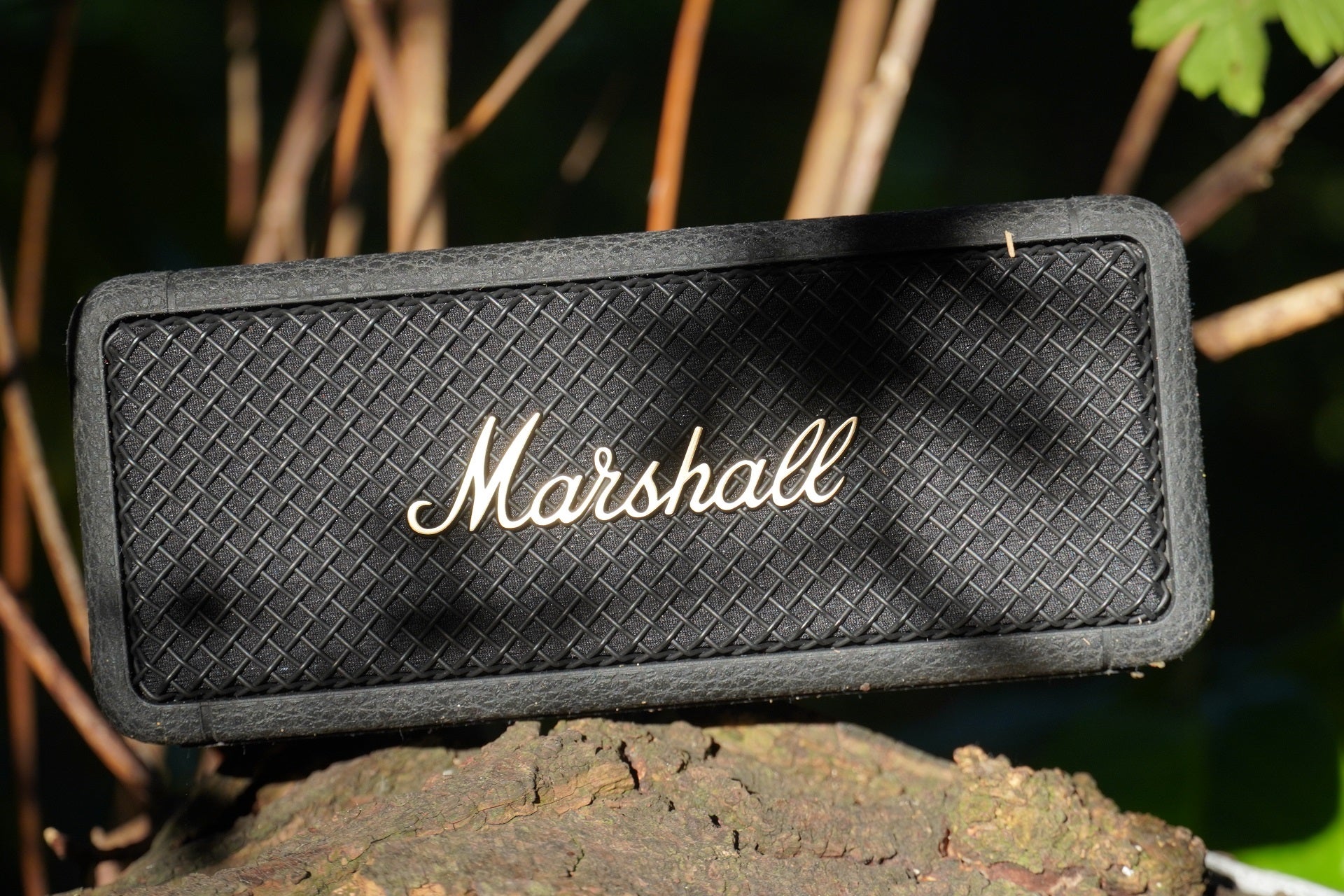 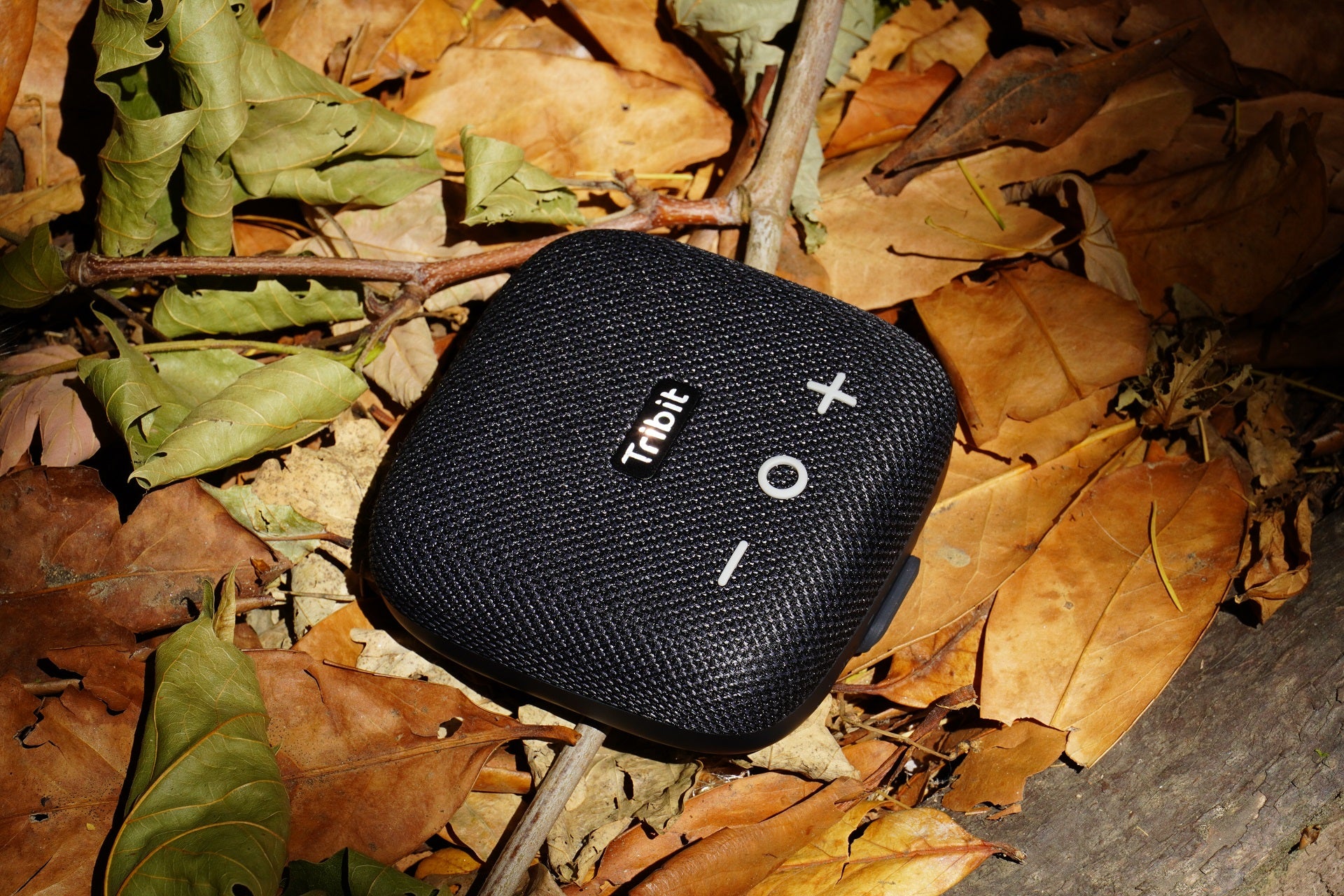 No, you can only connect to the Mars Pro via Bluetooth.