The Graef TO100 is a stunning-looking contemporary toaster. If you like your appliances modern and minimal, then the Graef is for you.

It does an impressive job of toasting evenly and boasts a large browning tray. However, it’s pricey – and fitting in four standard slices is a squeeze. 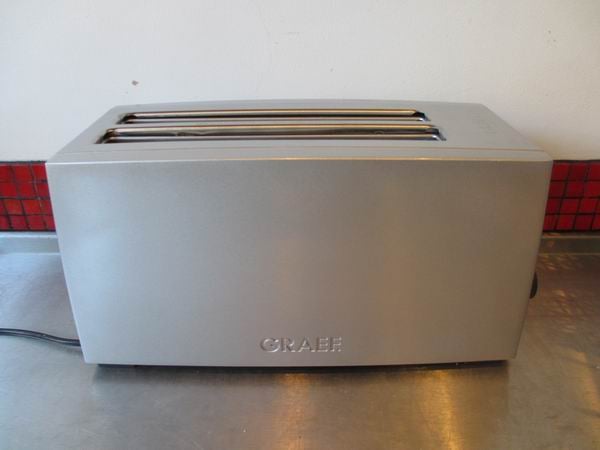 Graef TO100 – Design and Features

The Graef’s design is elegant in an unapologetically modern way. It’s so minimal, in fact, that it looks like it’s been milled from a block of aluminium. If you’ve had an architect design a contemporary kitchen for you in recent years then this is the toaster that will fit right in.

A cable tidy sits on the underside of the unit but how much you use it will depend on which side the socket is on. The cable measures a generous 1.1m from the end housing the controls, but is much shorter from the other end.

The controls are simple: a button for defrosting/toasting bread straight from frozen and a cancel button that stops toasting. There’s also a knob to control browning. 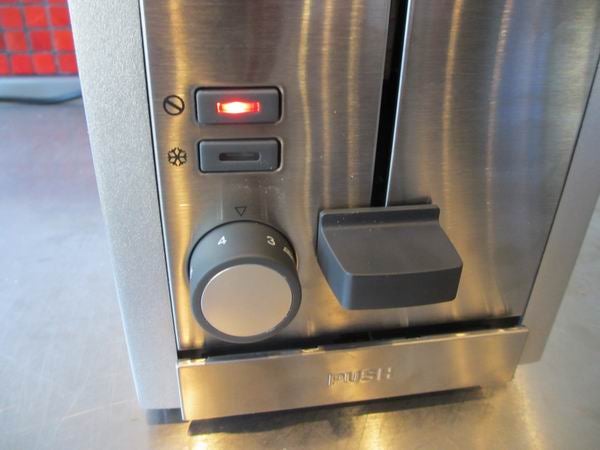 Browning controls may be numbered 1 to 6 but there are clicks in between, so it actually offers 40 graduations of browning. A long, thin crumb tray pulls out from beneath the controls.

The Graef has two long slots, each measuring 25 x 14 x 3cm. Although a 3cm sourdough doorstep was a tight fit, I did manage to squeeze it in there.

The toaster is also supplied with a large (26 x 11cm) rack that you place on the top of the unit for warming pastries. The Graef lacks such functionality as reheating toast or one-sided toasting for bagels, which you might expect on such a high-end toaster. 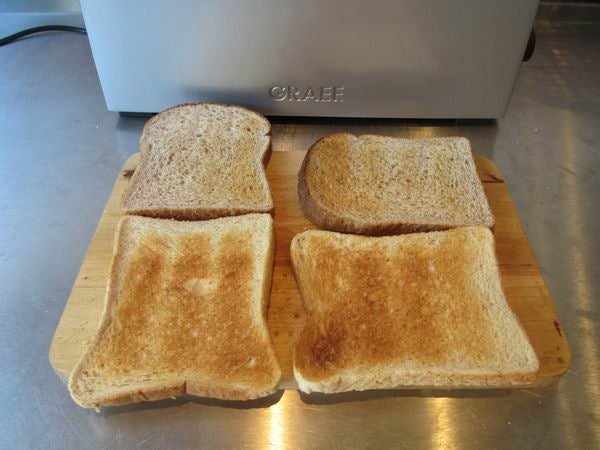 The sides of the Graef’s slots squeeze in well to hold even the thinnest slices of bread firmly in place.

It’s a two-slot toaster designed to toast four slices. However, it can’t quite fit in four standard slices of bread laid in a horizontal position. Instead, I had to place two slices vertically, which left 1cm of bread sticking out of the top.

I didn’t expect the bits of bread poking out at the top to toast well – but in fact they did. The Graef’s toasting results were impressively even.

The fact it has stop button means that you can use the lever at the end to lift the toast mid-cycle to inspect progress without cancelling it. 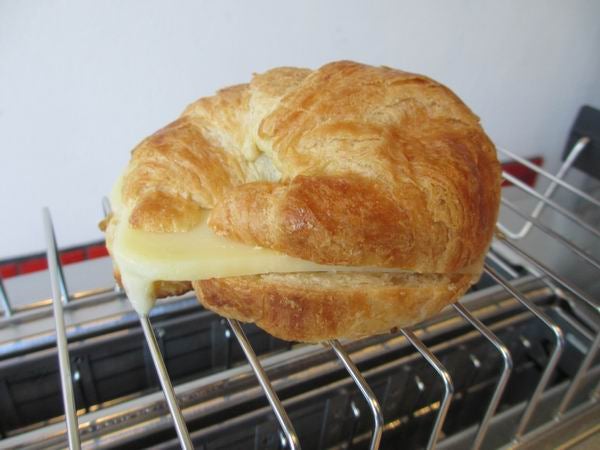 The warming rack is also impressive. It’s large enough to warm three or four pastries at a time, and while the results weren’t perfect – the top was a bit cooler than the bottom – they were good for a toaster.

Note that the Graef boasts excellent insulation: the walls really are cool to the touch, making it safer for little people to be near. 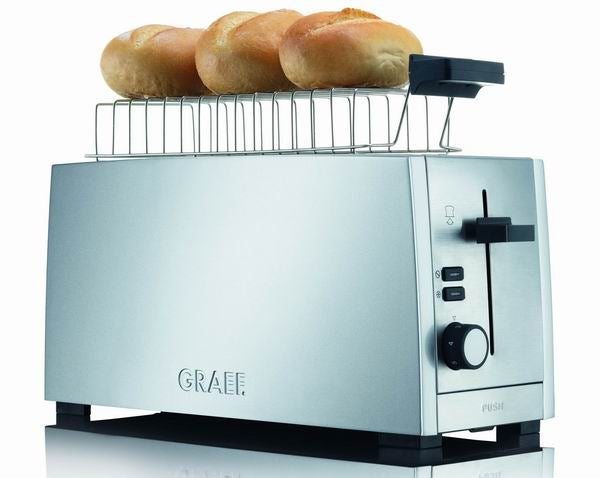 Maybe. It’s pricey, and fitting in
four slices is a bit of a squeeze, but the toasting results are
even and the warming rack is impressive to boot.

Looks-wise, the all-glass Morphy Richards Redefine Glass Toaster is capable of giving the Graef a run for its money, and if you’re after a more affordable toaster then consider the Dualit Brushed Architect Four-Slice Toaster or the Hotpoint TT44EAX0.