What is the Dualit Brushed Architect Four-Slice Toaster?

The
Dualit Brushed Architect Four-Slice Toaster is a superb toaster that
isn’t especially gadgety but it does a brilliant job nonetheless. You
can customise the toaster to suit your kitchen by replacing the side
panels to ones of a different colour.

It unit turns out toast that’s impressively even, plus it includes a bagel setting that does a brilliant job of toasting on one side. 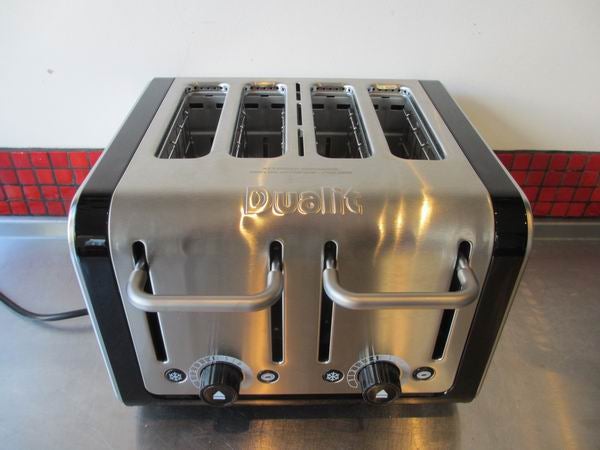 The
Architect toaster takes on a more boxier design than Dualit’s
traditional, curvy model. The styling is more contemporary as a result,
but it still has a rugged, industrial look.

Unusually, you can
customise the toaster to suit your kitchen by replacing the side panels,
which are available in a variety of colours. A pack of interchangeable
panels will set you back £15, and at the time of writing there were 11
colours from which to chose – plus a couple of pricier panels featuring
graphic designs. For added customisation, you can purchase a Dualit
Architect kettle to match.

The toaster is finished in a brushed steel,
and I was impressed with the big levers on the front. However, I found them
to be less solid than their industrial look would suggest. 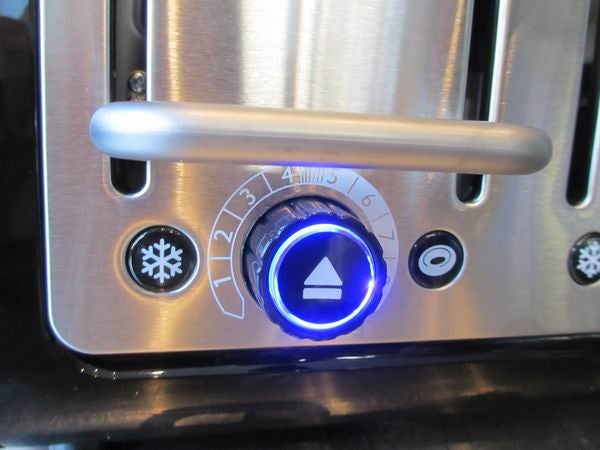 Beneath the toaster sits a built-in cable tidy, but the cable is a little short – especially if you want to run it from the left-hand side of the toaster.

Each of the four slots of the toaster measures 14 x 14 x 3cm, which means you’ll only just be able to squeeze in a 3cm doorstep. It also has buttons for toasting bagels and defrosting/toasting bread straight from the freezer.

The Dualit boasts “Perfect Toast Technology”, which measures room temperature and toaster temperature – whether it’s already hot from the last round of toast, for instance – to control cooking intelligently. The company claims this guarantees perfectly consistent, golden-brown toast every time without having to change the settings. 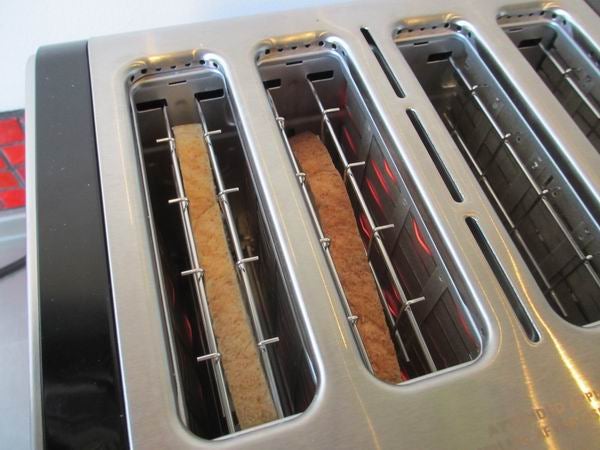 Dualit Brushed Architect Four-Slice Toaster – What’s it like to use?

In short: brilliant. The controls may be numbered 1 to 8 but there are clicks in between, so it really offers 22 graduations of browning. And we’re talking about superb browning – every slice I toasted was incredibly even; the middle is slightly browner than the crusts, but in a way that works beautifully.

The bagel setting is equally impressive. Turn on the toaster and press the bagel button straight away; the Dualit will toast only on one side to brown the middle, cut faces. The undersides are warm but soft. Frankly, it’s a revelation… It’s obvious now that I’ve been toasting my bagels incorrectly for years! 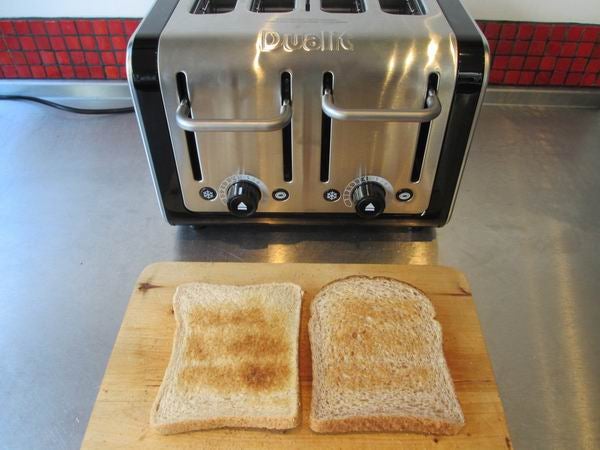 Each pair of slots on the toaster has its own controls, and in the middle of each browning control knob is an “eject” button. This means that, during cooking, you can lift up the toast using the big handles to inspect progress without cancelling it. Only press the eject button when you’re done.

I found the ability to peek at the toast through the process very handy – although this isn’t essential when a toaster works as consistently as the Dualit. But the eject button doesn’t make the toast pop up very high, which is a shame. 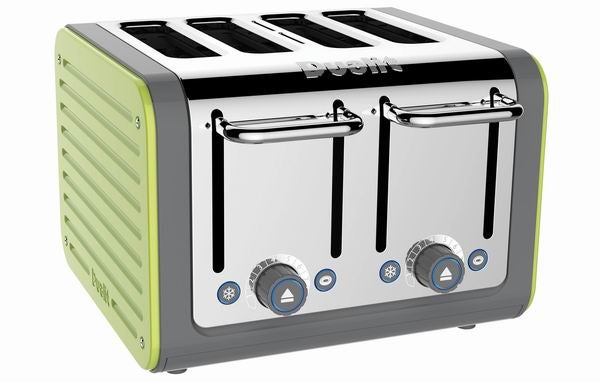 Should I buy the Dualit Brushed Architect Four-Slice Toaster?

Yes. It’s pricey but the Dualit turned out the best, most evenly cooked toast on test. This toaster isn’t style over substance: it’s style and substance. We loved the consistent results and the bagel setting is brilliant.

If you’re looking for something even more flash-looking, consider the all-glass Morphy Richards Redefine Glass Toaster or the minimalist Graef TO100. And if you’re on a budget then look at the excellent four-slice Hotpoint TT44EAX0 or the cheap-as-chips Kenwood TTP210.

The Dualit is hard to fault: superb toast every time and a timeless design you can customise.