Judging a phone’s performance after only a few days using it doesn’t provide an accurate view of how it will behave over time. The majority of phones are fast out of the box, before you really start to fill them up with apps and data, but then proceed to slow down.

Even high-end devices – the Samsung Galaxy S8 being a perfect example – feel far slower following a few months of use.

First impressions of the Pixel 2 XL are that it’s fast – of course it is – and I have no doubt this device will offer the fastest and most reliably smooth Android experience of the year. The pairing of a Snapdragon 835 CPU and 4GB of RAM is tried and tested, plus Google has the advantage of working directly with both the hardware and the software. The original Pixel has also stood the test of the time well, barely losing any of its initial speed in the past 12 months.

Each and every app and game from the Play Store should run fine;, I certainly haven’t had any issues with any title thus far.

Above and below the 6-inch display there are two front-firing stereo speakers. Normally, you’d get a single speaker on the bottom that would easily become obstructed by your hand – but here the sound is pushed directly at you. It’s good and crisp, with distortion kept to a minimum, even at full volume. I don’t believe the speakers perform as well as those of the iPhone 8 for music, but they’re great for watching videos on Netflix or YouTube.

Wi-Fi performance is decent, as is call quality – and in some regions the Pixel 2 XL will ship with an eSIM that will allow you to switch networks without having to pry open the SIM-tray.

One of the biggest reasons to choose a Pixel 2 XL over a Samsung Galaxy Note 8 or LG V30 is the software. Instead of layering Android with bloatware and proprietary apps – we’re looking at you, Bixby – Google sticks with a very basic version of Android 8. You’ll also get first dibs on the next three big yearly Android updates, something that’s unlikely with much of the competition.

Android 8.0 on the Pixel 2 XL is clean, well designed and has a sprinkling a surprisingly handy changes. Take the iconic Google search bar, which now sits below the lowest row of icons and can easily be accessed without having to reach up the display. It’s a minor change, but it makes a huge difference on a screen of this size.

There are plenty more thoughtful touches dotted around, too. If you allow it, the phone will constantly listen for music playing in the background and throw it up onto your lockscreen. There’s also a new homescreen widget that shows weather and calendar appointments depending on your schedule.

Related: When will my phone get Android 8? 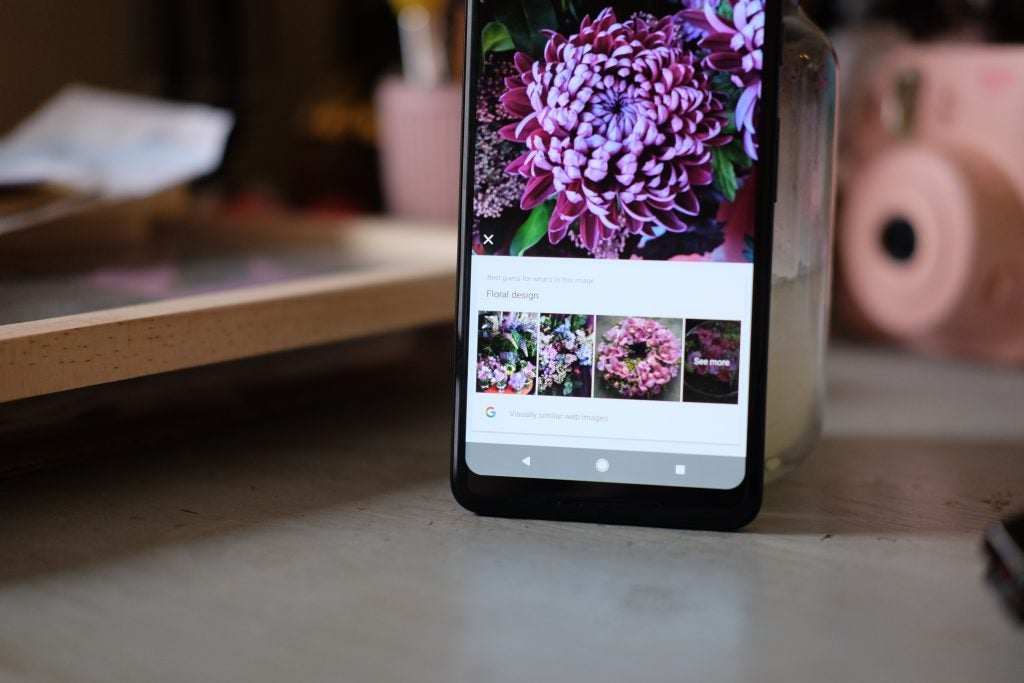 Announced at the developer I/O conference in 2017, Google Lens scans your photos and brings up information on what it finds. Take a picture of an iconic monument or DVD cover, and Lens will bring up search results from Google. It will find numbers and websites in pictures and offer up more information about artwork on those occasions you’re wandering around a gallery bemused. Lens is very similar to Samsung’s Bixby Vision, but having spent time with both, I’ve found Google’s attempt much more accurate. Point Lens at some doughnuts and it won’t just bring up a search, it will also accurately pull out the right colours and use that to decide which images to display.

Google Assistant can now be summoned via a tight squeeze of the Pixel 2 XL’s sides – and it works even in the phone’s locked state. This is an interesting addition, but one that feels wasted. This is mainly because you can’t change the action that’s engaged on squeezing the device; it’s either the Assistant or silencing an incoming call. If you don’t plan on using the Google Assistant, then this feature is about as useful as the Bixby button on the Samsung Galaxy S9. 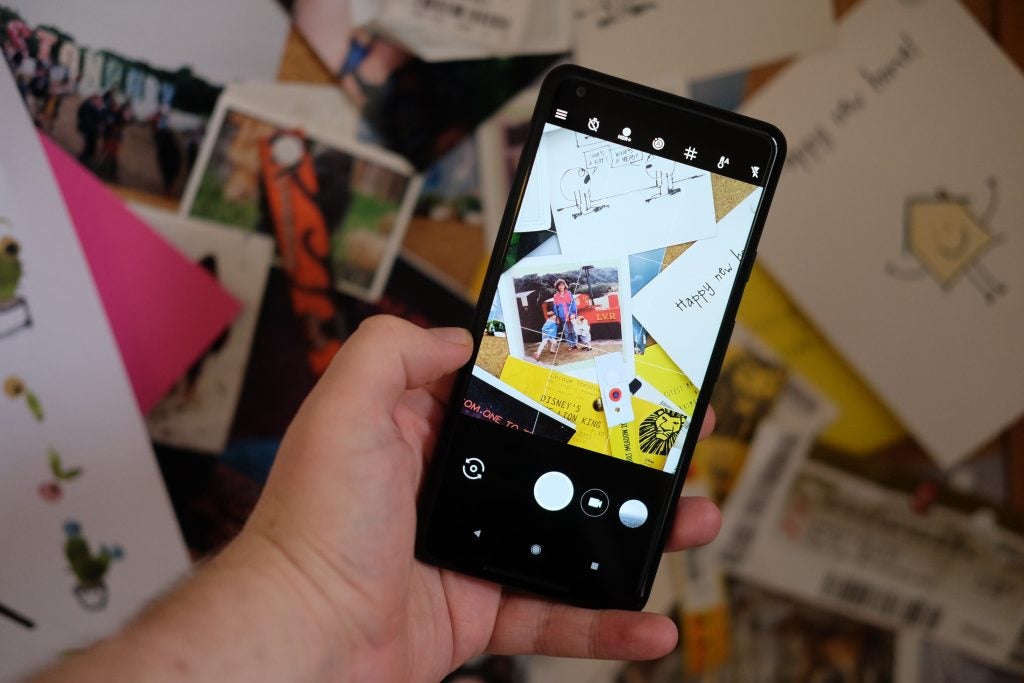 Another annoyance I have with the software is the lack of manual tuning on how apps work with this elongated aspect ratio. The majority of Android apps are designed for 16:9 displays, but the extra height here means you’re going to run into some dodgy-looking black bars. The isn’t really an issue with apps, since most can dynamically shift to fill the screen. However, many of the games I’ve tried don’t fit the screen. Other 18:9 phones have got round this issue by letting you manually stretch apps to fit the whole screen; this isn’t something Google offers, however.