The Nest Audio is a solid smart speaker that’ll meet most people’s needs.

The Nest Audio is Google’s latest rival to the Amazon Echo 4. It sits between the super small Nest Mini and Google Home Max in the tech giant’s speaker line and is being marketed as the best choice for “most people”.

Carrying the Nest smart home branding rather than the old Google Home naming, the majority of changes have been made to the speaker’s hardware and tuning, with Google claiming it’s the best sounding smart speaker on the market and a clear step up on the older Home in nearly every way.

Having thoroughly put the device through its paces we can confirm the Google Nest Audio is an improvement on its predecessor and an ideal purchase for any budding smart home builder looking for an affordable, discrete and easy to set-up speaker.

But, despite the good work by Google, for discerning listeners, there are better sound speakers on the market from the likes of Sonos.

The Nest Audio has a distinctly Google look. It shares the same DNA as its older sibling, the Nest Mini, featuring a monotone woven finish that, according to Google, is made up of 70% recycled plastic.

The only difference is that, unlike the Mini, the speaker is designed to stand tall measuring in at 6.9-inches tall and 3.1-inches thick. This is a bid to let it sit flush against walls on fairly thin surfaces, such as kitchen counters.

The combination of factors let the Nest Audio fit discreetly into most home environments with zero fuss. The only downside is that, like most smart speakers, it isn’t waterproof, so you won’t be able to set it up in a bathroom. 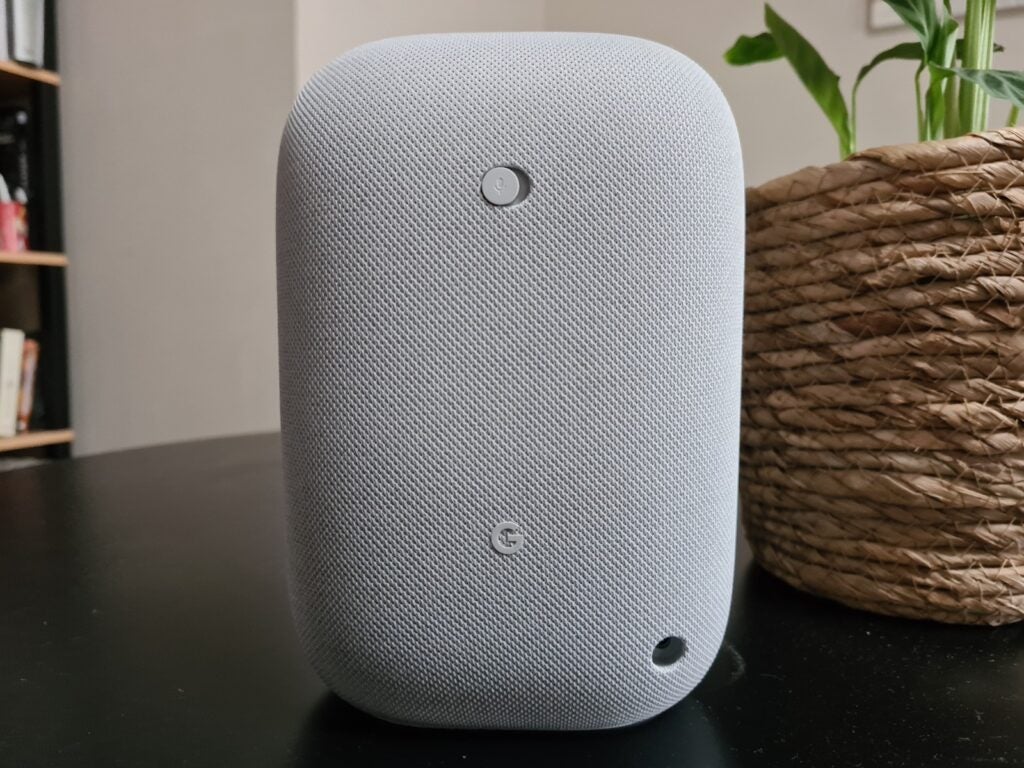 Like past Home and Nest speakers, the Nest Audio also requires a cabled power source. This sits on the speaker’s back just below the Nest Audio’s mic control, which lets privacy-focused users mute its three far-field mics, stopping it listening in on conversations at a hardware level. The front of the speaker has capacitive physical controls to tweak the volume, skip tracks and play/pause music, if you prefer to keep the mics off.

Whichever you choose, the setup process is blissfully easy. All you have to do is plug it in, download the Home app on your smartphone or tablet and run through a quick set of on-screen prompts connecting it to your Wi-Fi and Google account. Once done it’ll automatically sync with any other smart home kit you have paired.

The bigger changes have been made under the hood. Google has loaded the speaker with a larger 75mm woofer and 19 mm tweeter than the previous Google Home.

Google claims this, plus more focused tuning, lets the speaker offer significantly tighter bass that’s 50% “stronger” than before. The Nest Audio also has 75% louder max volume levels, according to the spec sheet. The work has paid off as I can confirm the speaker is a lot louder than the older Google Home.

As to overall quality, compared to the older Echo and Home speakers, the Nest Audio is a definite step in the right direction and good enough for most casual listeners. Listening to music at sensible volumes, vocals are clear, and the audio is suitably detailed. 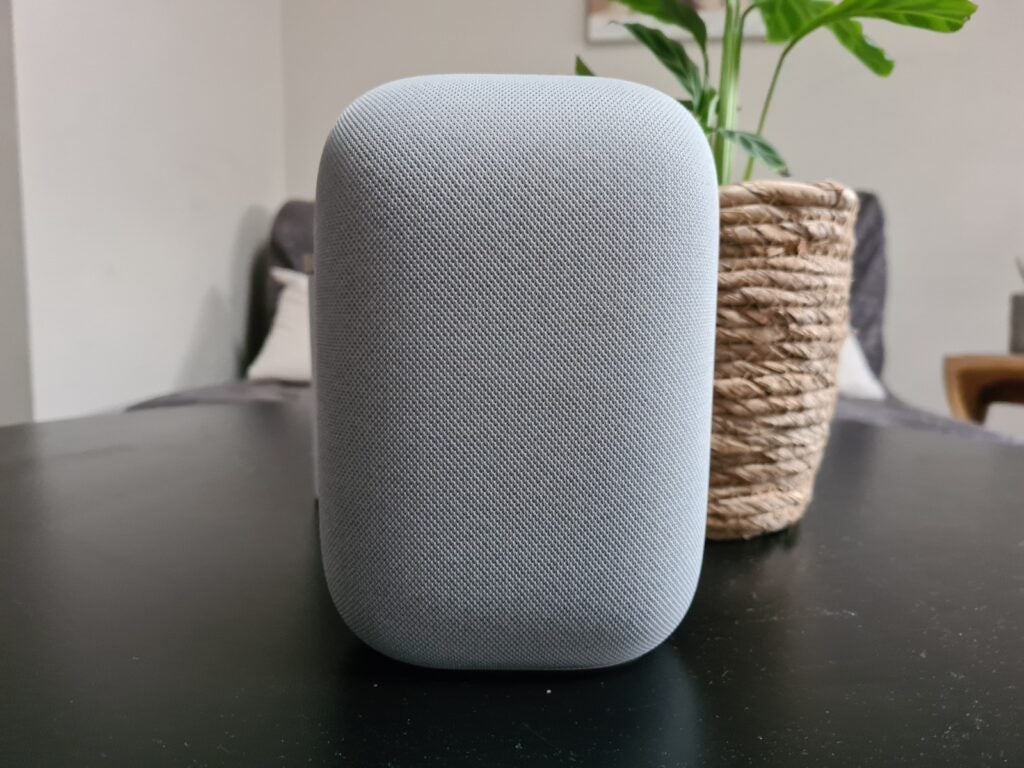 Jazz piano keys sound sharp and have a pleasing sparkle. Layered classical arrangements each part of the orchestra held a distinctly separate part of the sound. My only minor quibble would be that the sound is a little warm. The low end on occasion didn’t feel as tight as I’d like, especially when compared to the more expensive Sonos One, which has a noticeably more natural sound. But at this price that’s hardly surprising.

At higher volumes, things can get a little dicey, however. Cranking up the speaker to anything past 80% and distortion will creep in. This is particularly noticeable in more aggressive genres, like metal and punk. The issue can also occur even when you keep an eye on the volume thanks to Google’s media EQ and Ambient IQ features.

These let the Nest Audio scan and optimise its audio settings based on what you’re listening to and its environment, to do things like automatically raise the volume when it detects excessive background noise. I found the feature works well enough but on occasion, the speaker’s volume would unexpectedly spike to disproportionate levels when there was noticeable background noise, such as a washing machine running.

But as ever what makes the Nest Audio different to normal wireless or multi-room speakers is its smart functionality.

Here the Nest Audio offers fairly similar features to the Nest Mini. At a basic level, this means you can interact with it using voice commands. But at a more complex level, you can also quiz Google Assistant about the weather or use it to control other bits of compatible smart home kit. This means, if you have other Google speakers, you can create multi-room or stereo setups using the Nest Audio.

Outside of Google’s own tech, the speaker works with most of the major names. Specifically, Google lists the Nest Audio as working with a portfolio of 100 million devices from big-name brands including Philips Hue and TP-Link. I tested the speaker in a two-bed flat paired with Philips Hue lighting, a Nest camera and Nest Mini. 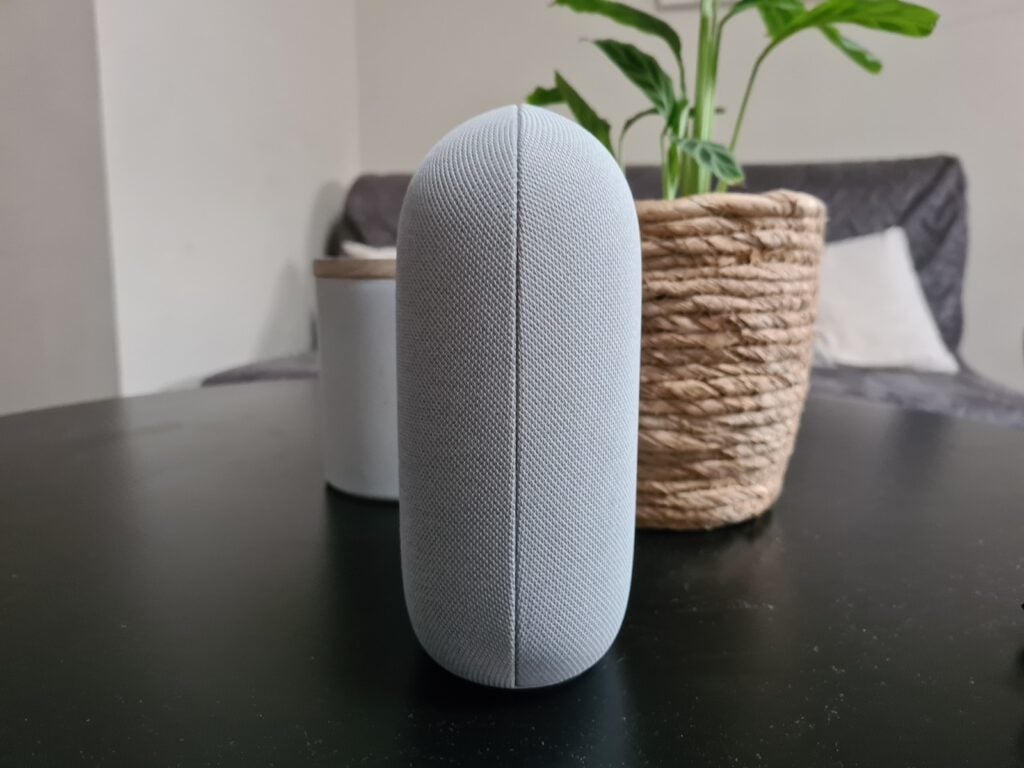 But on more than one occasion the speaker would stall and refuse to accept a command when I paused music in one room on the Nest Audio and tried to resume it in another on the mini. The issue sounds small but it occurred enough times to cause annoyance and break the otherwise streamlined experience.

If you’re on the market for a smart speaker then the Google Nest Audio is a solid option. It offers better audio than its predecessor and easily matches its Echo rivals when it comes to smart features.

The only downside is that there are still some bugs when using it in multi-room setups and there are better-sounding systems from the likes of Sonos if you’re willing to spend a little more. 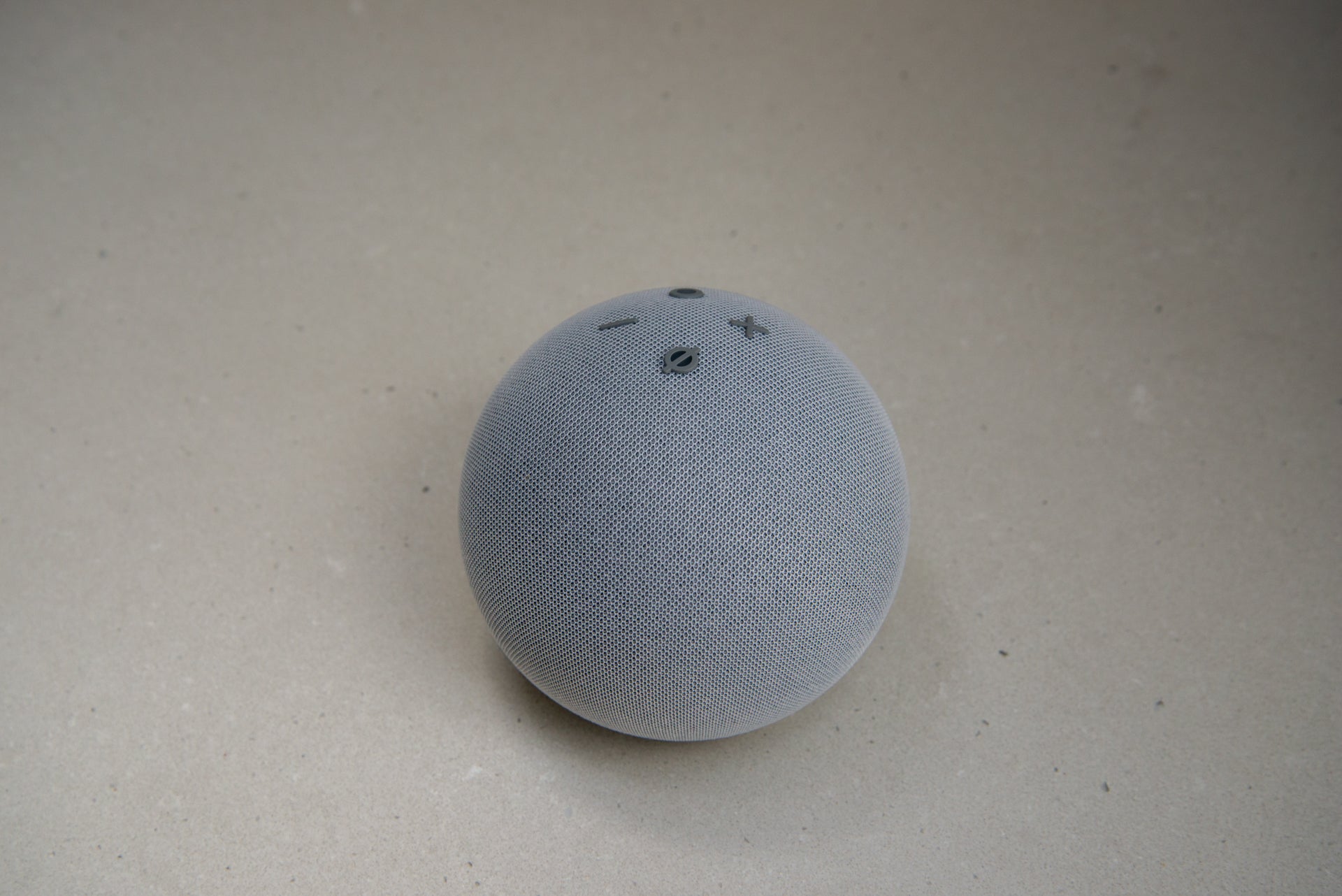 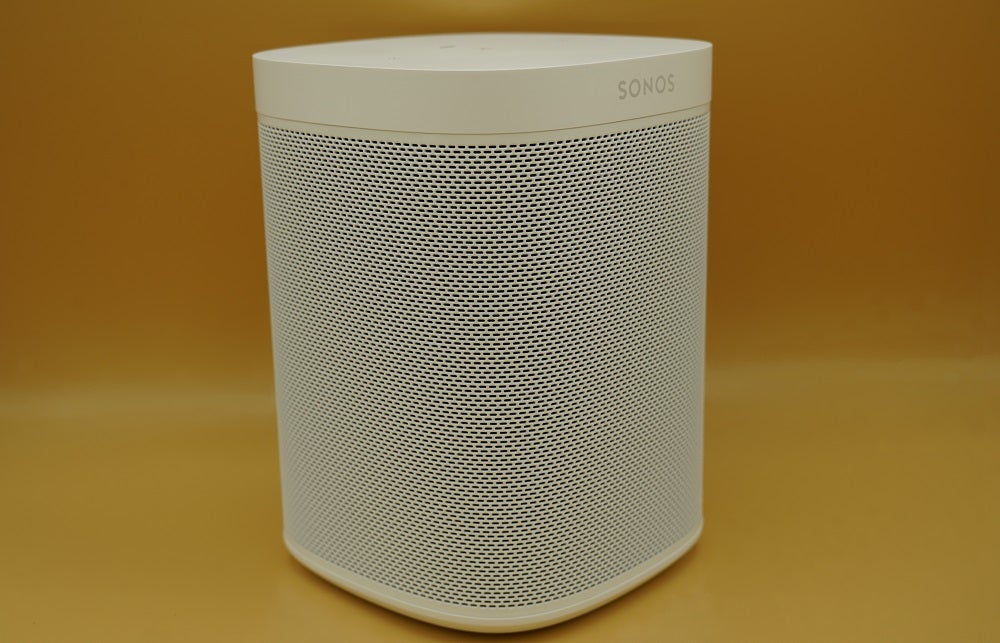 What is Google Nest Audio?

The Google Nest Audio is a mid-range smart speaker designed to compete with the Amazon Echo.

Is the Google Nest Audio worth it?

We gave it a 4-star rating, as it’s a great alternative to the Amazon Echo, but doesn’t quite have audio chops to compete with the Sonos One, while also having buggy software when using it for multi-room setups.

Is the Google Nest Audio wireless?

The Nest Audio requires a cabled power source to function, so is not wireless.

Is the Google Nest Audio portable?

The Google Nest is small enough to carry around, but needs to be plugged into the mains and connected to a Wi-Fi network to function, and therefore isn’t really really portable.

Bluetooth – named after 10th-century Danish king Harald Bluetooth who united Denmark’s tribes into a single kingdom – is a method of wireless transmission that allows for the exchange of data between devices over short distances.