Gigabyte claims the GPU will offer
radically better performance than the Nvidia GeForce GTX 970M component
used on rivals such as the Alienware 15, and
the 965M seen on the Asus G751JL. 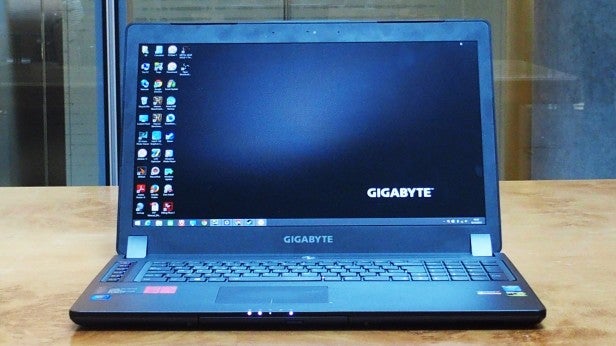 On the GPU-intensive FireStrike Extreme 3DMark benchmark, the Gigabyte scored
8109. On Geekbench it scored 12,301. Rounding up the trio of tests the
P37X scored 1197 on Unigine Heaven, running at a maximum 47.5 and
minimum 8.2 frames per second.

The
benchmark scores rang true with real-world use. Playing Killing Floor 2
with the game’s graphics cranked, the P37X ran at a constant 60-62fps
(frames per second). It similarly floated at around the 60fps mark
when playing Metal Gear Solid 4 with its settings maxed. 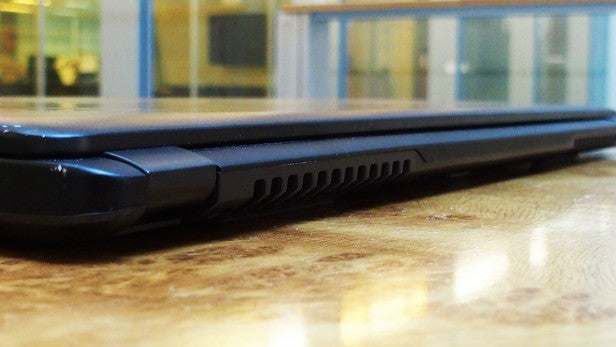 However,
doing so caused the P37X’s “Supra Cool Technology” fans to go outright
ballistic and create a cacophony of noise. Even when it was sitting idle
with a game paused the fan system would inexplicably go into overdrive.
On several occasions the fans created so much noise that they came close to
drowning out the P37X’s built-in Dolby Digital Plus-enabled speakers.

You
can solve this issue using the P37X’s Smart Manager software, which
lets you control the fans’ speed, but doing so will severely impede
performance. Turning on the most extreme “stealth mode” setting, the
fans did quieten down, but games being played dropped to running at
30fps.

The easy solution to this is, of course, to invest in a
gaming headset. Nice guy that I am I’ve included a link below that’ll lead you to the
best headsets currently available…

Battery
life is one area in which gaming laptops always struggle. This is chiefly
because they’re designed with performance in mind above all else and
for a user base that will generally always have them plugged in.

The
P37X continues this trend, but offers oddly good battery life by gaming
notebook standards. Gaming with the power unplugged, the
laptop will die in the blink of an eye if left in high-performance mode.

But if you turn the power setting to Balanced and keep the
screen at 75% you’ll manage to get 3-3.5
hours out of it. Burning the P37X on PCMark 7’s battery test the
notebook matched my findings and the machine lasted three hours before
dying. 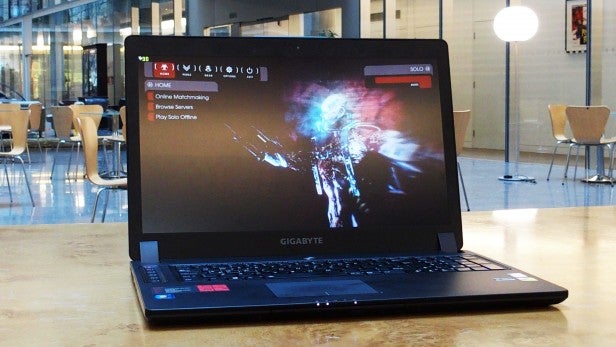 Should I buy the Gigabyte P37X?

If performance is your
be all and end all then the Gigabyte P37X is the laptop for you. Its
top-end Nvidia GPU, wealth of storage upgrade options and stellar
display make it a great gaming machine.

However, if you’re buying
on a budget then there are some better-value options out
there. The 17-inch Asus G751JL offers decent, albeit not as good,
performance and comes with a better keyboard while costing close to £800
less.

Or, if you don’t care about having a giant 17-inch screen,
the Alienware 15 offers decent, albeit not as good performance, and is
£700 cheaper.

The Gigabyte P37X is a powerhouse gaming machine ideal for high-performance fanatics.