There must be a glitch in the Matrix because we’re experiencing an extreme case of déjà vu. In October we reviewed GenevaSound’s excellent Model S and now the company has released the updated ‘Model M’, the midrange offering in a product line of S, M, L and XL docks. We liked the Model S so déjà vu must be a good thing, right? Sadly it is more complicated than that.

Our sense of familiarity kicked in the moment we took the Model M out of its box. From almost all angles it looks indistinguishable from the Model S. It has the same minimalistic styling and angular corners, the same circular bulge in its speaker mesh and even the same LED display blinking through it to indicate the input source or (in standby) the time. The design provokes something of a Marmite love it/hate it response – one comment was it looks like the Model S’s box! – but it is hard to criticise the consistency in GenevaSound’s Russian Doll product line. 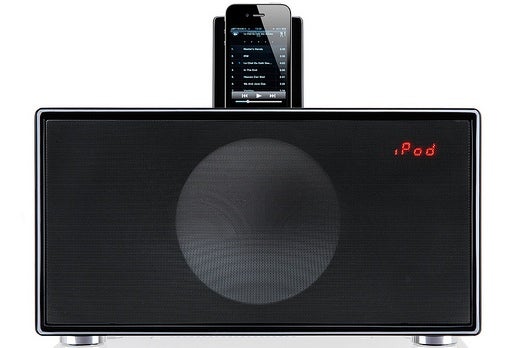 That said where the two products do differ, surprisingly it is the Model M which lets the side down.  One of the coolest features of the S is its motorised dock lid which automatically opens and closes to reveal the dock connector when the iPod source is selected/deselected. We could live without a feature that was primarily for bling, but the manual flip top lid on the M feels cheap and it is a strange omission given the S (£299) is substantially cheaper than its bigger brother.

And bigger it is. At 200 x 370 x 250mm the M could easily be the aforementioned box for the S, but at 7.3Kg it certainly won’t be mistaken for it. Unlike the flawless finish of the S, the M also revealed the metallic base colour of its speaker grid on corners exposing a lacklustre paintjob. This could be a one-off flaw on our sample, but inspect judiciously. 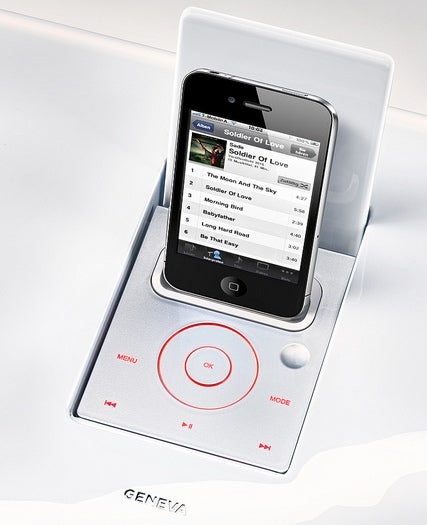 Superficialities aside an iPod dock lives or dies on its sound quality and on paper the Model M looks up to the task. GenevaSound claims a frequency range of 47Hz to 20kHz and squeezed inside its chunky frame are 4x 25W Class D digital amplifiers (individually housed in dedicated chambers), two full range 4in woofers and two 1in tweeters. In real world use the M is comfortably loud enough to be the hub of a house party – albeit not quite in the window shaking style of the something like the Zeppelin Air.

So what about the sound itself?

Once again we’re in the Matrix. Depending on your musical tastes the Model M will either blow your mind or send you to sleep. The company has a sound signature that is crafted towards accuracy and clarity rather than bass booming, adrenaline soaked emotion. If you’re a fan of classical music, jazz or like your music ‘unplugged’ then you’ll be thrilled by the precision of the M. It has the ability to pick apart arrangements and project them with delightful balance around the room.

On the flip side, bass heads need not apply. If you listen regularly to big beat artists like The Prodigy or The Beastie Boys, prefer your drum beats heavy and your dance tracks thumping, this isn’t the dock for you. Heavy metal fans also need not apply. Audio is projected with a sense of restraint, as if the M is too sophisticated for such base desires (pun very much intended). I’m not implying the Model M is ”bad” when outputting these styles, it isn’t, but at this price range there are better alternatives. 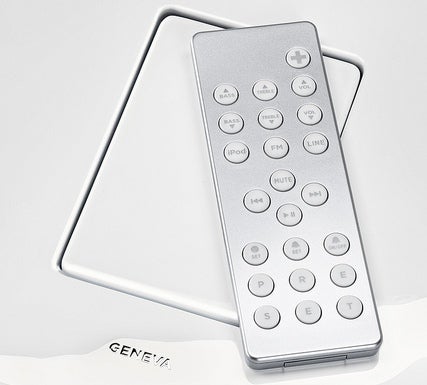 Consequently we are presented with something of a dichotomy: like the Model S, the M has refinement in spades and it is significantly louder, but given the type of music it suits best we have to question if the extra volume is really necessary? We don’t wish to stereotype listeners, but you rarely hear of people head banging to Mozart or Elliott Smith. And when was the last time you shouted at your neighbours: “Will you turn that Al Johnson ”down”?!”

Having said a dock lives and dies by its sound quality let’s backtrack a little because when you’re spending north of £500 it is acceptable to expect a few extras. After all B&W packed the Zeppelin Air with Airplay and Arcam somehow jammed Kleer lossless streaming, HD video output, a battery capable of lasting up to eight hours and pairing into the 200 x 200 x 200mm, 5Kg frame of its rCube. So what about the Model M? 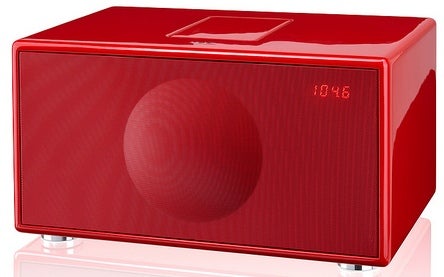 You get an FM radio. Yes it may cost £50 more than B&W and Arcam’s offerings, but there’s no native streaming, no inbuilt battery and no pairing Model M’s together. Streaming requires third party accessories, like any other dock. Purists may argue such functionality isn’t really important, but it is impossible to deny their benefits. For the record there is a Model M available which accepts CDs, but this is a whopping £799.

Maybe it wasn’t déjà vu after all. While GenevaSound has essentially made a bigger version of the Model S, both in terms of design and sound signature, the enlargement doesn’t work as well. The niche sound and quieter output of the S was compensated for by beautiful construction, some neat touches and a reasonable RRP. By contrast the Model M’s signature doesn’t benefit greatly from the extra volume, it has inferior build quality and actually loses features for a substantially higher price. Bigger isn’t always better.

Compared to its rivals, the M lacks the window shaking drive and functionality of the Zeppelin Air and the all round acoustic expertise, portability and functionality of the Arcam rCube. What’s more the Model M is £50 more expensive than both of them. Despite all this it is important to say GenevaSound has not made a bad dock and the M impresses in isolation, particularly when playing to its strengths. Unfortunately put it in a head to head situation and harsh reality is the competition has moved on.