The ‘Zeppelin Air’ is the company’s weapon of choice. At first glance the it looks like little has changed for the original Zeppelin. The Air still has the same iconic stretched oval design that ‘inspired’ the TEAC Aurb and countless others, but inside it is revolution not evolution. The Air has updated drive units, up-rated amplification, improved Digital Signal Processing (DSP) and by far the biggest crowd pleaser: added AirPlay technology.

For who haven’t come across AirPlay before, it is Apple’s proprietary wireless streaming technology and it allows iPhones, iPods, Apple TV and iTunes itself to push media around the house wire-free. For Apple’s audio products the big news is AirPlay is capable of delivering lossless sound quality and no adapters are required. AirPlay can also work in conjunction with multi-room environments allowing media to be delivered to multiple products around the house.


Out of the box the Air makes a dramatic first impression. The sweeping curves keep the same look at its predecessor and at 640 x 208 x 173mm it is exactly the same size. At 6.2Kg, however, is it a whole 1.3Kg lighter. Like the Zeppelin, the Air is very well made. The metallic back has gone to be replaced by love-it-or-hate-it piano black plastic, but it still feels like a premium product and arguably the more subtle colouring makes it classier. 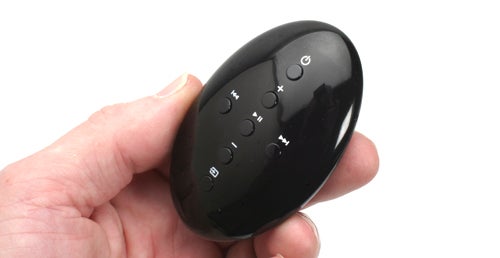 Maanwhile the Air retains the same physical buttons for power and volume on the metal band around the centre of the dock and the dock connector itself, while perched, feels more solid than it looks. Inside you’ll now find WiFi and along the back the Air has power, Ethernet, a USB port (for firmware updates), auxiliary and composite inputs and the simple pebble-shaped remote remains unchanged from the Zeppelin.


What does mark a significant change though is the sound qualityâ€¦

Before you can fully enjoy the Zeppelin Air you will have to set it up. Here comes a snag. AirPlay ”should” be a game winner, but it is far from being as intuitive as it needs to be. B&W’s ‘Quick Setup’ guide has no less than 17 steps before you’ll be up and running and even then it will only work with devices on the same network and only play audio from Apple devices and iTunes. Do you want to blast the sound from YouTube videos, Ogg albums or AVI/MKV videos through the Air? You’re out of luck. You will also require an iDevice packing WiFi in the first place. 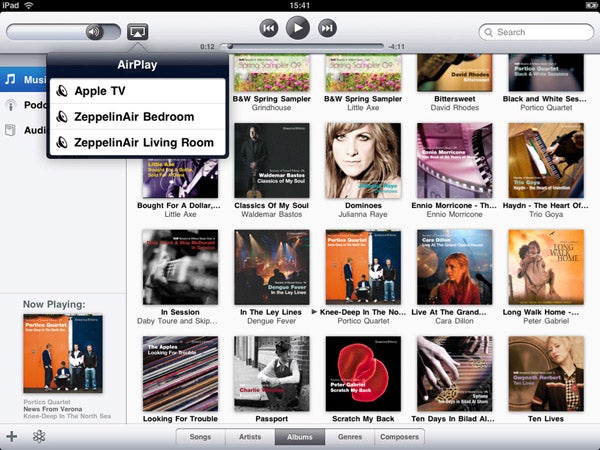 The good news is once AirPlay ”is” setup all computers and iDevices sharing your wireless network are setup too. The result is iTunes and WiFi equipped Apple products will add a speaker option during playback which allows you to switch to the speakers of the Air. It is an undeniably neat system and as long as you’re within range of your network you’re within range of the Air. That said making music blast out of it while you’re in another room only really has value for practical jokes.


What about actual performance? The Air is definitely a crowd pleaser. It packs 2x 25W tweeters, 2x 25W midrange and a 50W subwoofer. The result is a system that is louder, even more bombastic than the original Zeppelin and has the potential to shake your window frames. It produces the kind of full blooded sound that pulses with emotion and makes the hair stand up on the back of your neck. That said the Air doesn’t lack detail. It is equally happy playing Chopin as it is The Prodigy and it is this flexibility and additional clarity where the Air makes its most significant advancements on the original Zeppelin. 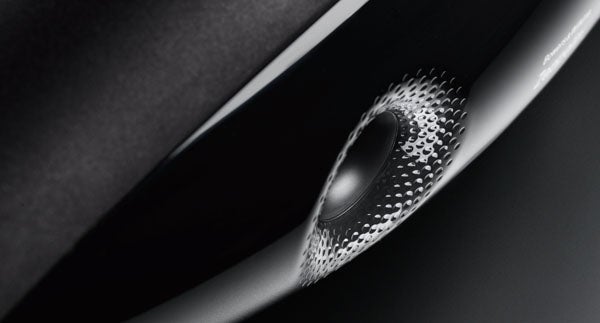 Where it could improve is stereo separation. Despite its elongated shape the Air still has the same fairly narrow projection of sound. Consequently it can, at times, feel like Brian Blessed bellowing from the corner of a room. If we could improve one element of the Zeppelin range in general it would be that they would ‘fill’ a room with sound rather than shout at it. This is nitpicking, but for Â£500 it’s justified.

So is the Air worth paying Â£500 for? Yes and no. If you have an original Zeppelin then you’d need to be the biggest of Apple fans to upgrade. The Air may have improved sound quality, but the Zeppelin is still an incredible piece of kit. Furthermore the principle benefit of AirPlay is music from iTunes on your computer since when you’re playing from an iPhone or iPod you might have well have it docked and charging at the same time. 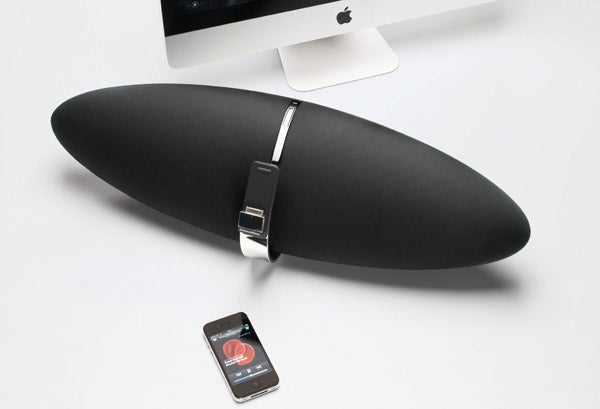 On the other hand if you don’t already have a Zeppelin and you have the money it is a foregone conclusion, right? Not really. As mentioned at the start of this review the Arcam rCube looms large in the background. It is significantly smaller than the Air (200 x 200 x 200mm), lighter (5Kg) and fully portable thanks to a battery that can last up to eight hours. It lacks AirPlay, but packs lossless Kleer technology which is plug and play and it will playback any audio from your PC, not just iTunes content. In addition it features an S-video port which can output up to 720p HD video from a docked device to a TV.


So you should buy the rCube? Again not necessarily. Kleer technology requires dongles and at Â£69 for the iPod adaptor and Â£79 for the PC adaptor it adds significant cost. Meanwhile when it comes to audio the two are miles apart. The Air is louder, has more bass and is more domineering, but the rCube achieves what the Air does not: it fills a room with sound and if you have your back turned the 45 degree angles of the speakers inside make it feel like music is coming from all around you. In short the Air is more fun in a side-by-side comparison or for shorter listening periods, but the rCube is more enjoyable if you’ll be playing music all day. 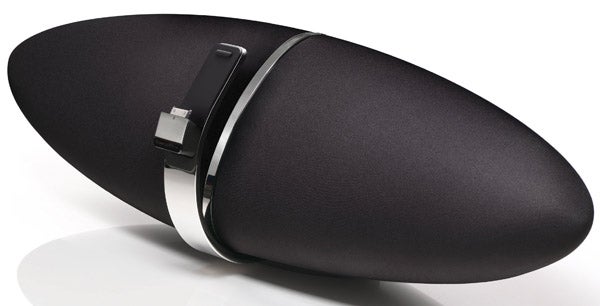 Ultimately what it all boils down to is individual circumstance. The Air is a brilliant product, it improves on the sound quality of the already incredible Zeppelin and packs AirPlay for good measure. At what it does there is nothing better, but it does have a more flexible main rival.

Bowers & Wilkins has pulled off an engineering masterstroke with the Zeppelin Air. It still looks a million dollars, has even better sound reproduction than its predecessor and comes packing AirPlay. For these benefits it costs Â£100 more than the original Zeppelin, but if you can afford it and you don’t mind being tethered to a power socket then it is money well spent.