On Wednesday the Aurb proved not all speaker docks are boring. It seems to have started a trend…


GenevaSound’s Model S may go about its business in a completely different way to TEAC’s bombastic sensation, but it is no less impressive. Where the Aurb is a curvy attention grabber the Model S is a mathematician’s lesson in right angles. At just 235 x 176 x 156mm (without stand, 220mm with) and 3.175Kg it makes little impression, until you switch it on.


Doing this is satisfying in itself. You see the initial wow factor of the Model S is based on its swanky touch sensitive controls (see image below). Positioned across the top are a semi-circular indent that acts as the power switch along with the playback buttons, but what is particularly cool is the circular strip below them which works much like an iPod click wheel. It doesn’t depress like a click wheel to play/pause, skip tracks, etc but it will adjust the volume and navigate menus with the ‘Menu’ button performing the same back functionality it does on an iPod with ‘Ok’ acting as select.


There’s an argument that doing this on your connected iPod/iPhone is faster, but it’s hard to deny the cool factor and – given it lights up in the dark – its convenience and more comfortable operational angle. Furthermore when you switch to iPod mode the dock automatically rotates open. The practical aspect is that when switched off it protects against dust and makes cleaning a breeze while leaving a neater aesthetic. 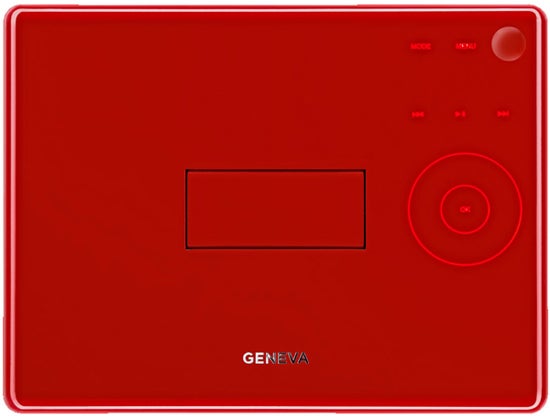 All of which builds up tremendous sonic expectations. Does it live up to them? Yes, but it does depend on how you like your music.


Rather than appeal to bass heads GenevaSound has targeted accuracy and clarity. For earphone aficionados think Etymotic, not V-Moda. The result is some gloriously crisp reproduction with the ability to pick out individual instruments and really enjoy different musical arrangements. This is wonderfully illustrated in the guitar work of Elliott Smith and is precise enough to pick apart the layers from ‘soundscape’ bands like Mogwai, Sigur Ros, Mono and This Will Destroy You. The innovative tinkering of Atlas Sound is another example of a band designed for GenevaSound’s exacting ear. Where things becomes more problematic, however, is rock and dance.

Switch to big beat specialists, The Prodigy, and bass heavy tracks like Omen and Spitfire can sound a little hollow. The near-surgical precision behind the Model S feels cold and pumping up the bass setting doesn’t so much fix the problem as throw off the overall balance. Likewise heavy metal fans (like Ed!) will find the dock’s lack of warmth to pull some of the emotion from classic screamers such as AC/DC and Guns N’ Roses a little disappointing. None of this is to say the Model S is a bad dock, it merely has its own distinct identity which suits certain types of music better than others. Classical music, for example, sounds exhilarating and if you can tell your Bach from your Rachmaninoff there are few better docks on the market. 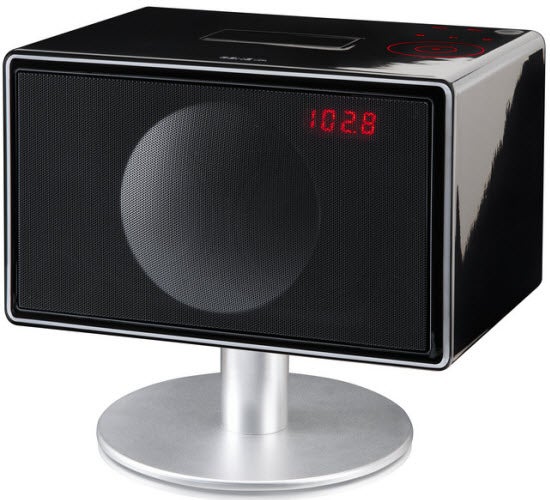 Given GenevaSound’s sophisticated leanings it might surprise that the Model S can also crank out the decibels with the best of them. 2x 30W output means there’s significantly more grunt than the excellent Bowers & Wilkins’ Zeppelin Mini (2x 18W) and it is inline with the powerful – if equally dividing – Bose SoundDock Portable. The recently tested Aurb does remain top dog with a bombastic 2x 50W, but that shouldn’t be a surprise given its far greater size (570 x 230 x 220mm, 5.4Kg). Make no mistake the Model S is as capable of powering a house party as providing easy listening on a Sunday afternoon. 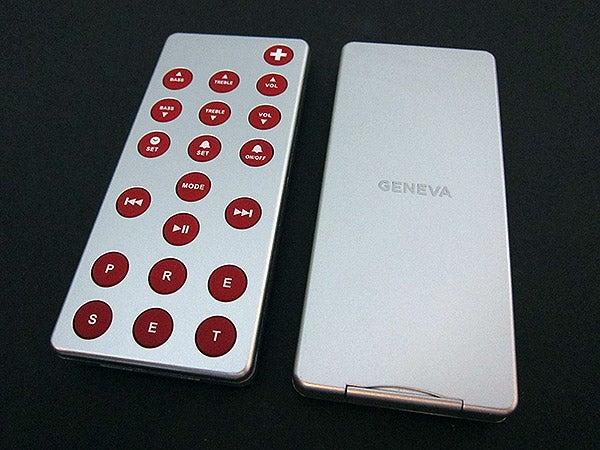 Less commendable is the Model S remote. There is a disappointing trend of company’s treating remote controls like a contemptuous afterthought (step forward Bose and – in terms of functionality, if not design – B&W) and GenevaSound is equally guilty. There is decent functionality: playback, volume, treble and bass, radio presets and alarms can all be accessed, but it feels cheaply built and cheap in hand. The kind of remote you’d buy in a pound shop. This is a shame – and a wider problem in general – because despite all the care spent on the design of today’s cutting edge docks how we interact with them most is via the remote. 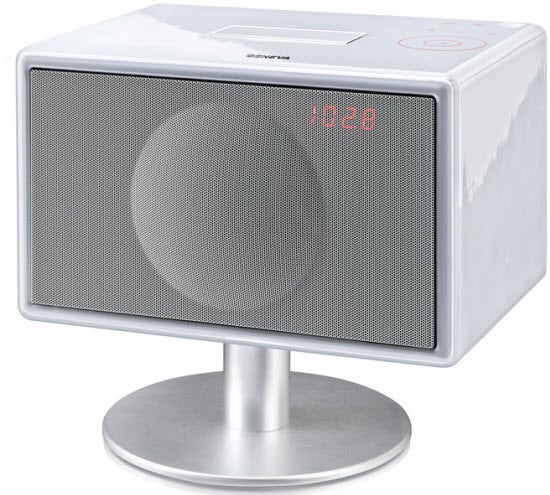 The Model S is too good to end on such a negative tone though so it is also worth pointing out that you’ll also find an FM radio (early models had problems with the radio cutting in while the dock was idle, so watch for this and get it replaced) while you’ll suffer no interference from your phone should you connect it via the Apple dock or – if not a Cupertino cult member – through the auxiliary input. Of course price may be an issue for many, but if you can identify with its musical preferences then it is worth every penny. Consequently we can’t mark down the Model S on its audio quality, only its inflexibility. Know what you’re buying and you can’t go wrong.


The Model S is an extremely sophisticated dock full of design touches that will please owners and delight visitors. Performance will divide opinion based on your musical leanings and bass heads need not apply, but there are few sharper, more precise docks around. We’d love to give the Model S an unreserved recommendation, but its inflexibility means you must try before you buy.