What is the Garmin VIRB Elite?

The VIRB Elite is Garmin’s first foray into the action camera market. Where Mio released a camera aimed at a market related to its sat-nav range in the shape of the Mio MiVue, Garmin is targeting those who might already be owners of its outdoor- and sports-oriented products. The VIRB is rugged and waterproof to IPX7, and comes bundled with a selection of mounts for attaching to your helmet and other equipment.

The VIRB is not a me-too product, or a vain attempt to diversify out of the difficult sat-nav market. Although the VIRB does jump on an increasingly popular action camera bandwagon, Garmin has called upon pretty much every existing area of the expertise it has in other areas to make this a unique take on the concept. Full HD shooting, a rugged build, and Wi-Fi are just the beginning. 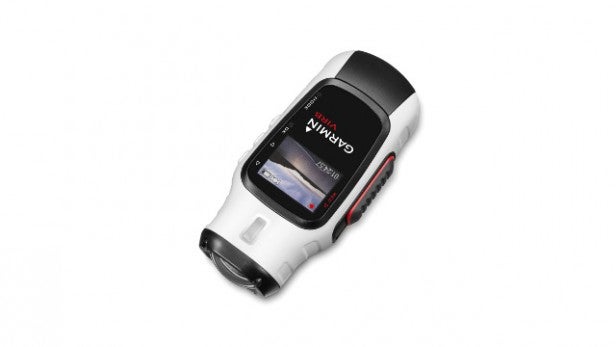 The first unusual feature is the 1.4-inch Chroma display. Only a few action cameras offer a screen, most notably the JVC ADIXXION GC-XA2 and https://www.trustedreviews.com/gopro-hero3-black-edition-1_Camcorder_review GoPro HERO3 via its optional backpack. However, a screen always comes at the expense of battery life, and Garmin has chosen a novel way round this problem. The screen is not backlit, so it consumes far less power than a regular LCD.

The main downside is that it is impossible to see in the dark, and not exactly rich in colour. But bright sunlight is actually beneficial, although viewing angles are still relatively poor. The resolution is also just 205 x 148, which is really only enough to ensure your framing is approximately correct and the camera is pointing in the right direction. But it’s better to have than not, as it also lets you configure menu settings.

The VIRB’s core specification is pretty reasonable for an action camera, too. The sensor is a relatively sizeable 1/2.3-inch CMOS with 16Mpixels, which allows the camcorder to capture video at up to 1080p and 30 frames per second. There are also 1,280 x 960 and x 720 recording options, with the former available at 48 frames per second and both at 30 or 60 frames per second. 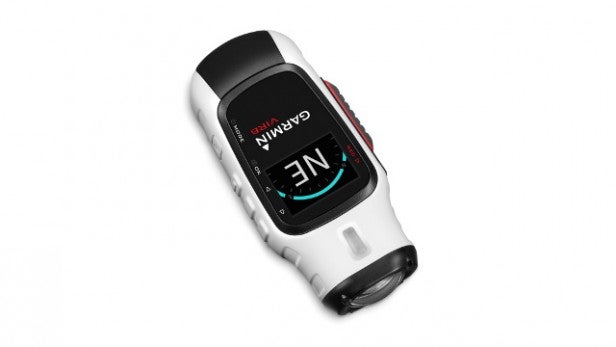 It’s also possible to record WVGA at up 120 frames per second, and stills at up to 16Mpixels. There are burst modes of up to ten pictures per second at 8Mpixels, or six per second at 16Mpixels. A microSD slot is buried beneath the removable battery, and at the top 21Mbits per second video data rate an 8GB module will be enough for 50 minutes of footage.

With Full HD only requiring 2.07Mpixels of resolution, Garmin could have provided an advanced zoom without losing any detail. This isn’t available, but you do get digital image stabilisation, which is an advantage over many camcorders in this class. There is also digital lens distortion correction built-in, to counteract the effect of the wide-angle.

The bundle includes two mounts, although both are fairly similar. Both are adhesive, with one providing a flat surface and the other concave, so it will adhere more securely to a helmet. Two sets of fixings are included, too, so you can easily transfer the camera between them. It also clips in and out of its cradle very easily. There is a truly massive range of optional mounts, too, including vests, dashboard mounts, numerous straps, and even a waterproof dive case that is a relatively reasonable £34.99.