The JVC GC-XA2 is the second incarnation of JVC’s extreme sports-oriented ADIXXION range. So it’s a rugged, waterproof camcorder with built-in Wi-Fi aimed at cycling, surfing, snowboarding and all manner of frenetic activities. But the new version has quite a few improvements over the original JVC GC-XA1. It’s also very keenly priced compared to many of its competitors. 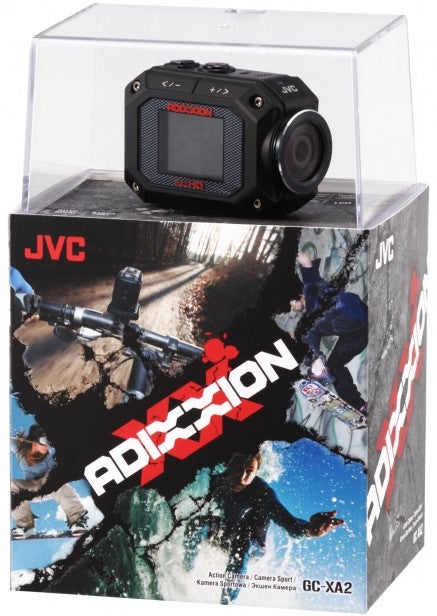 The action camera market is starting to get a bit crowded, and GoPro has
rapidly become the Hoover brand of the area. JVC is trying to fit in
with the trends of the action camera market by presenting the new
ADIXXION in a box that has a clear Perspex top showing off the product
in all its glory at the top, in a similar fashion to the {linkout:
https://www.trustedreviews.com/ion-air-pro-2_Camcorder_review iON Air Pro
2} and
GoPro HERO3. This is much more than a me-too product, however.

The camera itself looks very similar to the previous model, hiding the considerably upgraded internals. For a start, whereas the previous model incorporated a 5Mpixel CMOS sensor, the JVC GC-XA2 increases this to 7.99Mpixels, and adds back illumination, and the 1/3.2-inch size is decent for a camcorder this small. The video processing engine has clearly been improved, too, as there are a number of new shooting modes available.

For a start, you can now shoot high-speed footage. The Full HD 1,920 x 1,080 frame rate has been increased to 50p or 60p (depending on TV standard chosen), where this was previously only available at 720p. For the latter resolution, it’s now possible to record at 100p or 120p, for smooth slow motion. It’s also possible to grab time-lapse frames at intervals of between 0.2 and 60 seconds. 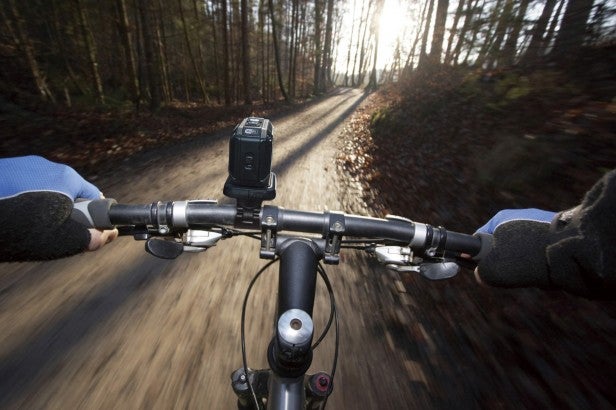 There is still no 4K shooting, however, although the GoPro can’t shoot at a full frame rate in this mode. The XA2 will also capture 8Mpixel and 16Mpixel still images, with a burst mode of 15 frames per second that drops to 5 frames per second at the 16Mpixel resolution. Footage and stills are recorded to a full-sized SD card, rather than the MicroSD format that is becoming the norm with this kind of camcorder, so capacities up to 128GB are available.

A 32GB card will be enough for 2.5 hours of footage at the top 1080/60p resolution, and 14 hours at the lowest 848 x 480/30p option. For those looking to use the XA2 as a biking or driving security device like the Mio MiVue 388 Drive Recorder, there’s an endless recording setting that grabs 15-second clips until the storage runs out, then captures over the top of the oldest one. 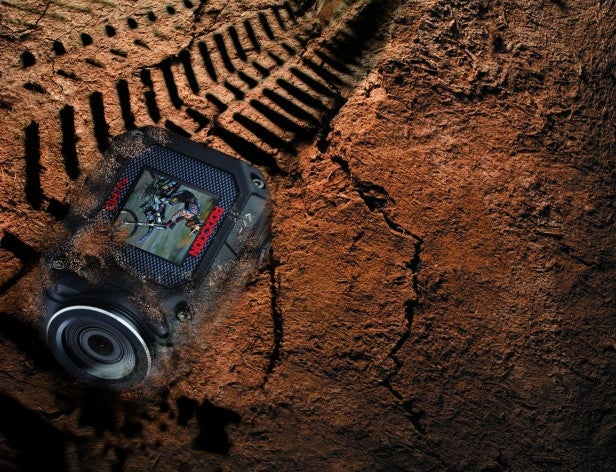 As before, JVC is calling the new ADIXXION “Quad Proof”, because it is resistant to four different types of extreme condition. The door covering the USB and Mini HDMI ports as well as the battery and SD card slot is tightly secured by a double-action locking mechanism. You have to hold down a switch and then slide the door open.

This allows the XA2 to be waterproof to 5m, as well as dustproof. JVC also claims the camcorder can withstand a drop from 2m, as well as freezing temperatures down to -10C. These are all quoted with IP codings, so the ratings will be reassuring for water sports, beach activities, biking and skating, as well as skiing and snowboarding.