Gears Of War 4 is a massive deal for Microsoft. Part of a pioneering franchise on the company’s last console, it’s an exclusive that still carries significant weight and could very well be the most important product launch to date for the Xbox One. Harking back to a time where the Xbox 360 was undoubtedly the market leader, the series has always been a major reason why people should own a Microsoft console. Thankfully, nothing has changed.

While Gears Of War 4 moves away from Delta Squad, it takes everything great about the series and builds on it. It’s still one of the finest third-person shooters you could hope to play, with every set piece managing to outdo the last through sheer spectacle. It’s been criticised over the years for being too “Dude Bro”, but it wasn’t true then and isn’t true now. The Coalition is the studio handling development instead of Epic, but the foundations that made Gears such a success have returned, and returned wonderfully well.

The most obvious of these is what the entire game is built around: cover-based shooting. The mechanic deserves far more credit than it gets and Gears 4 shows why. Each level is expertly balanced so that it’s imperative to hide effectively, and that cover-seeking tactic never gets old. From the excellent prologue to the final fight, it’s constantly satisfying whacking your shoulder against the terrain.

That’s not to say it feels just like its predecessors, however. If anything, Gears 4 is actually a little faster, so much so that a hardened fan may be surprised. It’s nothing too severe, and the pace is still a methodical one, but it’s the first thing you notice.

It’s a smart choice on behalf of the developers, though, as within an hour you’ve completely forgotten about the increase in tempo. Gears Of War 4 settles into itself with so much confidence that you’ll completely buy in before the first act is over. Even in these introductory stages it holds little back, underlining its motives before letting you kill things. And trust me, you’re going to kill a lot of things.

The Coalition clearly realises that Gears is at its best when you’re engaged in all-out war so goes out of its way to deliver just that. It’s never over-bearing or overdone, but you’re rarely too far away from another firefight. When the enemy threat comes, it does so with fury – it’s what you want from a blockbuster.

There is a slight discrepancy in terms of your opponent, mind. Most of us are familiar with the Locust Horde after four outings against them. Wiped out at the end of Gears Of War 3, there was always going to have to be a changing of the guard. Enter robots.

Certainly not the worst decision The Coalition could’ve taken – and the story behind it is well told – it’s just not as fun to shoot a machine in the head. The early stages of Gears 4 tend to get bogged down in shootouts with chunks of metal, and it takes the wind out of its sails. 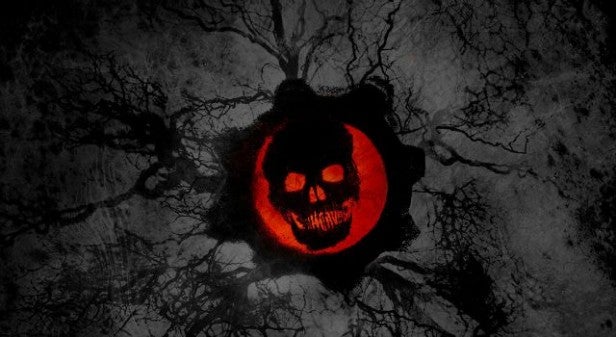 This is all rectified with the arrival of The Swarm, a menace that’s far closer to the aforementioned Locusts. To say anymore would be unfair, but their introduction is a turning point for Gears Of War 4, as is the coming of one Marcus Fenix.

Certainly not bad beforehand, it’s here where events really start to pick up and move into a league all of their own. Unrelenting, bombastic, and over the top, the true nature of the world slowly reveals itself to you, and it’s utter chaos. There’s even a sprinkling of Uncharted-inspiration in there for good measure, too. It may wear its heart on its sleeve a little, but such moments break up proceedings and are, without doubt, entertaining.

The real struggle any returning player is going to find is in relation to the new characters. The original Gears Of War crew stood out because of how ridiculous they were. Here, our new cast are a little too generic to compare. They develop before all is said and done but none are as memorable as Delta Squad. It’s why Fenix’s arrival takes the game up a notch – he brings a certain personality previously absent. Gears has always had a very distinct voice and on occasion, that’s slightly lacking with the new guard.

The campaign itself is very well put together, however, introducing a new era for the franchise that should allow it to run for many more years to come. Outside of this, it’s overflowing with content. As well as Horde 3.0 which remains the treat of all treats – especially as it now features “the fabricator”, a weapons box which you’ll use to retool and requip guns and fortifications – there’s the long-standing multiplayer.

Ultimately, not much has changed, but that’s exactly why it’s so good. It’s been over three years since Gears Of War: Judgment, so jumping back in is like reacquainting yourself with an old friend. There are new modes – such as Dodgeball where you kill members of the opposition to revive deceased members of your own squad – but the real joy comes in how unique it still feels. 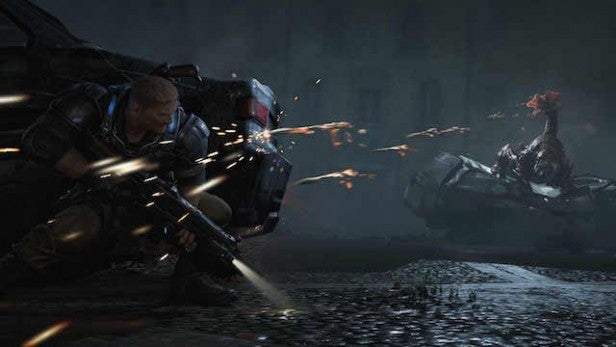 There’s such a deliberate pace to Gears online that you can’t help but warm to it – even if it has been sped up a touch. New additions such as the ability to reach over cover and grab your enemy (before pulling them over said cover and stabbing them to death) up the ante higher still. The learning curve has been reintroduced, and while it won’t take skilled players long to master, this is the perfect balance between then and now. Although, yes, the shotgun will still be most people’s weapon of choice.

There’s so much more that could be said about Gears Of War – from new weapons to the skillfully designed multiplayer maps, to the well-thought-out story – that it’s easy to continually sing its praises, but a large part of the joy is discovering these for yourself.

Does it stick too rigidly to what came before? Potentially, but this is a Gears game for Gears fans. If you’re among that group, you can’t help but be won over.

Gears Of War 4 does everything required to get the franchise roadie-running into 2016 without losing what made it so good to begin with. One of the best games on the Xbox One.