What is the DxO?

The DxO One is a small camera that plugs into an iPhone to radically improve the quality of photos you can take while on the go.

It has a lens and sensor, similar to what you might find in an advanced compact camera like the Sony RX100 IV, but borrows your phone’s screen so the camera itself can stay absolutely tiny. It’s a lot like the Sony QX100, but smaller and a bit more convenient.

However, we don’t think we’re ready to trade in our high-end compacts just yet. And at £449 there’s no huge price benefit either. Is it a failure? Anything but. Whether most people should consider buying one is another question, though. 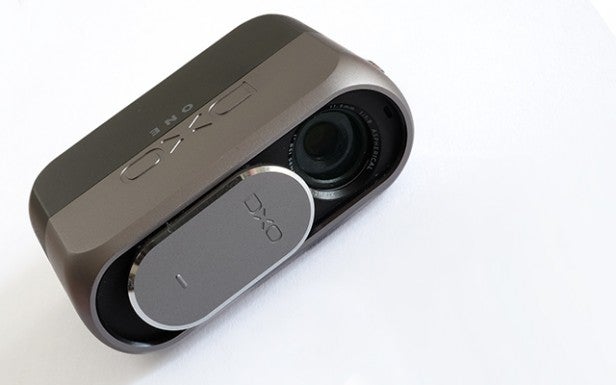 The DxO One is a small, palm-size camera that can be thought of as an iPhone accessory. Even if it may cost more than what you spent on your phone. Own an Android? You’re out of luck; it only works with iOS devices.

It features its own sensor, lens, storage and processor, but plugs into the Lightning port on your iPhone. This lets the phone act as the preview screen, and gives you a way to fiddle with manual settings like aperture and shutter speed. While the DxO One has its own shutter button, it doesn’t have any control rings or dials.

It’s also not really designed to stay on your phone all the time. The arrangement is more handycam-like, with the DxO One sitting sideways on the bottom of the phone. The One will almost certainly fit in your pocket, but not while it’s attached to your phone. 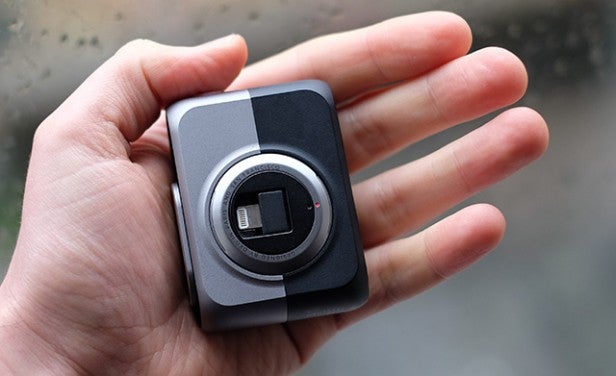 Take the DxO One out shooting and you’ll follow a quickly familiar routine. It goes: take out phone, run DxOMark app, flick the DxO’s lens protector down (which makes the Lightning adapter flip out), then plug in the DxO One to start shooting. It’s not terrible, but does lack the immediacy you get when just shooting with a phone or a dedicated camera.

Bit of a palaver, isn’t it?

One solution is to take photos without plugging the DxO One in at all. You can do this. I did it an awful lot during testing, but it does mean shooting blind. The DxO One has a handy little monochrome OLED display on its back that tells you its battery life and remaining storage, but won’t show you any image preview info.

There’s no viewfinder at all here, and the 32mm-equivalent lens is a little more ‘zoomed in’ than that of most phones (generally around the 27mm mark). It took me a while to estimate a scene. I’m still not really there yet. 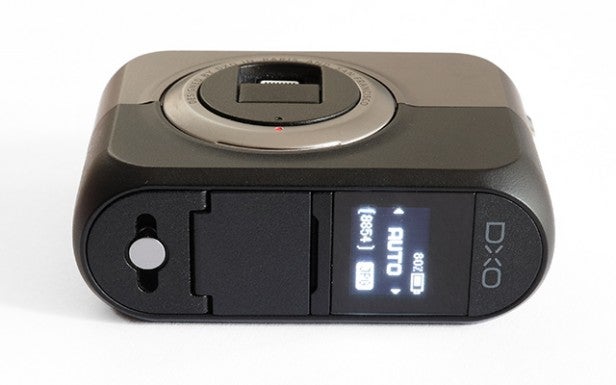 Your results will vary, but it is kinda fun to shoot like this. The design also nods towards this sort of use. You flick the lens cover down to turn the DxO One on, but it’s actually a two-stage mechanism. You need to push the cover down even further to make the Lightning adapter pop out. The design is smart.

However, the DxO One also won’t play nice with every single iPhone case. It needs a bit of clearance around the Lightning port, which most cases just don’t give you. This is not ‘just’ a dodgy design decision. By sitting flush with the iPhone body it means not too much strain is put on the connector itself when you’re handling the DxO. Doing so would be bad news, and even as it is you’ll feel a bit odd holding something that appears to only be connected by a tiny little Lightning jack.

After weeks of use, it still makes me feel nervous at times. But it hasn’t died yet. 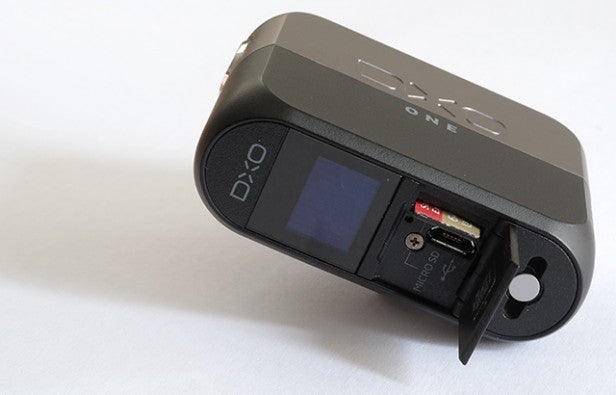 The DxO One takes a little while to get used to. There are some benefits to non-wireless style, though. Using a wired connection makes the transmission between DxO One and phone fast and flawless (in my experience, anyway), and means there’s almost zero lag between moving the camera and seeing the app’s preview image update.

If you’ve not used something like this, you’ll take it for granted, but the connection in the old Sony QX100 was nowhere near as solid. This must have been a much-debated point in the early days of the DxO’s design, given just about everything else in tech that hasn’t made the leap to wireless seems to be thinking about doing so.

Using the DxO One app gives you a reasonable simulation of the sort experience you get with a ‘proper’ camera. There are the usual PASM modes, giving you control over things like aperture and shutter speed. It’s these that give you creative control over your photography, not Instagram-style filters. 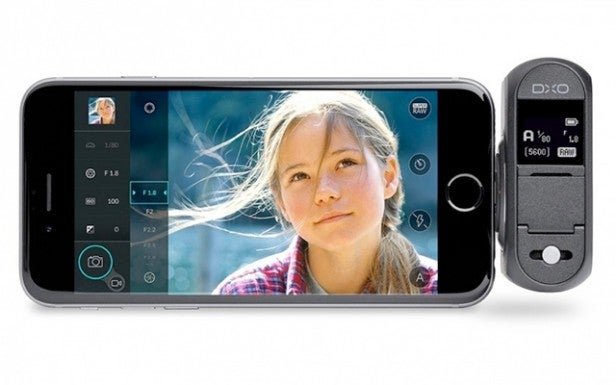 Having used just about every phone maker’s attempt at manual control in a phone camera, I think the DxOMark version is very good, if not quite the best.

Despite this camera’s ambitious premise, the app goes for a more conservative, simple approach. After all, it’s out to ape a ‘proper’ camera, not redesign the whole experience. Your right hand is left to control the shutter on the camera itself, while manual control dials sit along the left side of your iPhone’s screen. It’s a two-handed job. 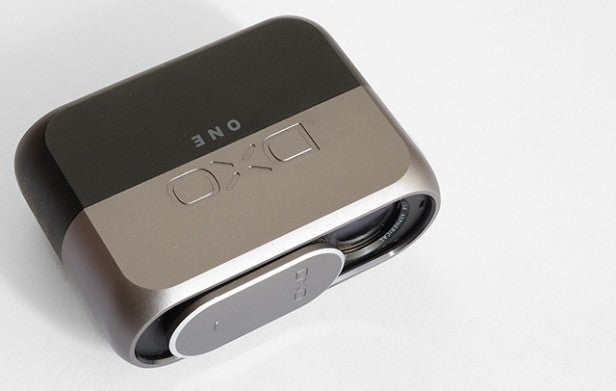 If you’re after auto-style shooting, it feels a fair bit like shooting with your phone. You just pick your focus point using the touchscreen, then press the DxO’s shutter button (which has a two-stage mechanism). One benefit is that phone screens outclass those of cameras at this point. Look a little deeper into the terminology used to describe them and you see exactly by how much.

The £2700 Canon 5DS has a 1.04-million dot rear display, which is actually somewhere around the 800 x 400 resolution mark in traditional terms. To describe the iPhone 6S in camera terms, it has a 3-million-dot screen. The iPhone 6S Plus has a 6.2-million-dot one. And they’re not even the sharpest phones around.