The Canon EOS 5DS is a natural follow-up to the three-year-old 5D MKIII, a legendary model beloved of many photographers. However, this isn’t a wholesale replacement, and isn’t even the better performer in every single respect.

Instead, this camera has a specific focus, if you’ll pardon the expression. Its incredibly high-resolution 50.6-megapixel full-frame sensor is better primed than any other currently on the market to produce an incredible amount of detail, especially when natural or set-up lighting means only base ISO settings are needed.

Here we’ll be looking at the £2999 (body only) EOS 5DS, but for those after even finer detail, the £3199 EOS 5DS R drops the optical low-pass filter to up the ante further. 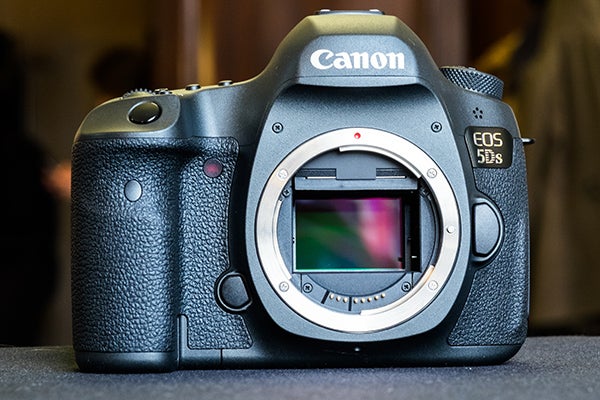 Consistent with the idea that the Canon EOS 5DS isn’t the camera that’ll push the 5D MKIII into the past – that model will come later in 2015 – the 5DS has more-or-less exactly the same body as the 2012 MKIII. It’s made of magnesium alloy, and offers solid weather sealing.

The look and handling are all incredibly familiar. Canon has just made a few little tweaks to the EOS 5DS to keep it suitably 2015-like. First, there’s a USB 3.0 port, missing from the 5D MKIII. That’ll definitely come in handy when transferring the gigantic uncompressed RAW files the 50.6-megapixel sensor produces. 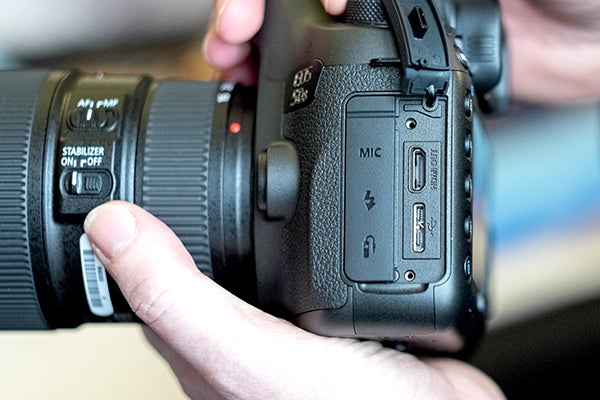 Most of the hardware changes feel like optimisations. The Canon EOS 5DS isn’t trying to dramatically change the market like cameras such as the Sony Alpha A7R.

This familiarity will be a positive for many. The 5DS even uses the same battery as the 5D MKIII, providing 700 shots off a charge. 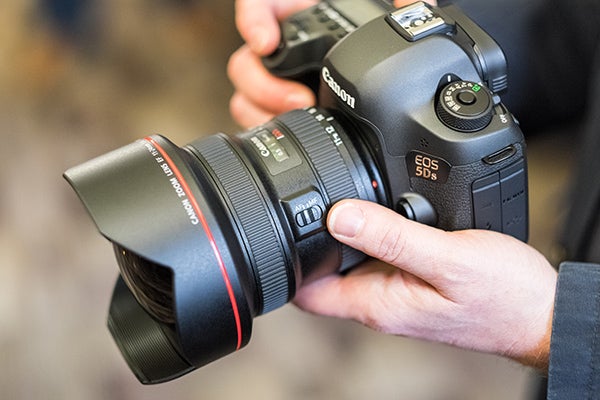 Outside the brand new sensor, the Canon EOS 5DS picks and chooses a lot of the best bits seen in Canon’s other high-end DSLRs. For example, it uses dual DIGIC 6 processors just like the super-speedy Canon 1D X ‘sport photography’ camera.

Of course, thanks to the immense amount of data that needs to be processed in the 5DS’s photos, you’re not going to get anything approaching 1D X speed. You can shoot at 5fps, a little slower than the 6fps of the 5D MKIII. While you might find that disappointing given the three-year age of the MKIII, the 5DS really isn’t a camera for those who value outright burst speed as a priority. 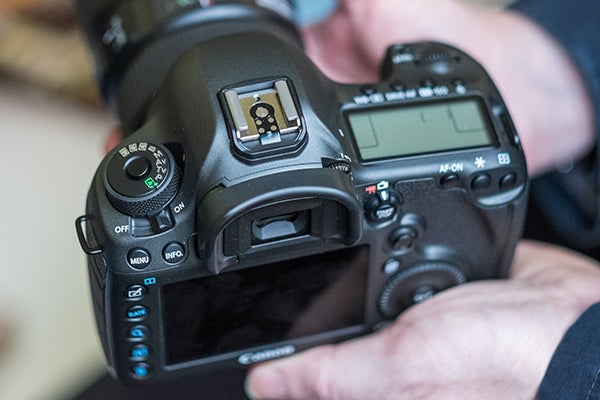 This kind of speed is just one element of performance, of course. AF speed is more important for most people. And while it’s not a brand-new system, as it’s the same one used in tyne 5D MKIII we’re pretty confident it’ll bring top performance.

It gets you 61 focus points, 41 of which are cross-type. There’s unlikely to be much of a performance increase from the 5D MKIII, but the shutter mechanism has been improved: the shutter noise seemed to be a bit quieter than the 5D MKIII’s. It’s not all about noise, though, but also to reduce any risk of blur caused by the mirror’s movement.

The main event, the incredibly high-resolution sensor, is obviously something we’ve not had an opportunity to assess properly. But we can’t wait to see what our labs results make of it, not to mention taking it out for a proper shoot. A 50.6-megapixel sensor makes this the highest-resolution full-frame camera to date – far higher-res than the 36.3-megapixel arch-rival Nikon D810. 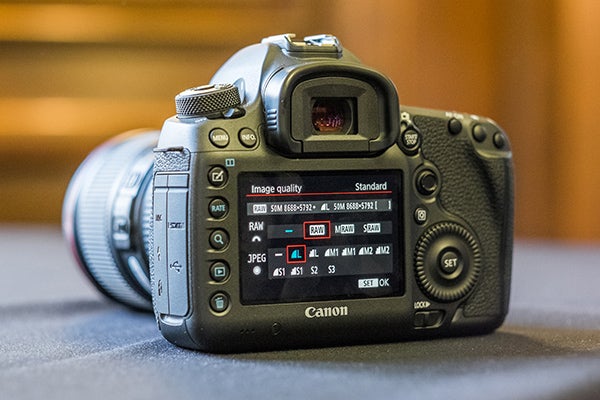 Of course, as the sensor size still remains the full-frame standard, this sheer resolution will compromise very-high ISO performance. In response, the Canon 5DS has a very conservative native ISO range for a recent camera, with just ISO 100-6400, extendable to 12,800 if you’re happy to move out of the recommended settings.

Meanwhile, the Nikon D810 has native ISO of up to 12,800, which extends all the way up to 51,200. A huge difference. The Canon EOS 5DS really isn’t about amazing speed or low-light performance, but class-leading (by a huge margin) detail within certain shooting conditions. 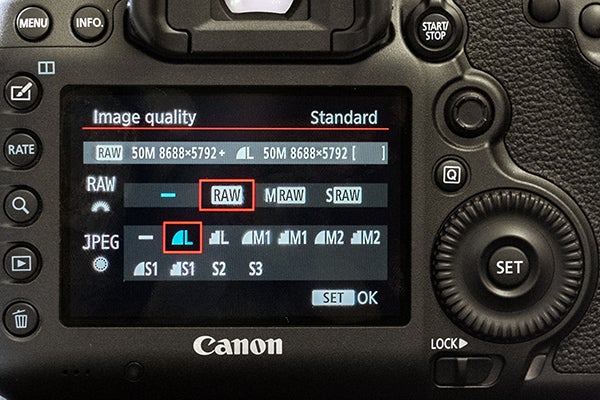 Let’s not do the 5DS down, though: its image quality is likely to be superb within its native ISO range. It’s also pretty practical, with 1.3x and 1.6x sensor crop modes to let you use EF-series lenses designed for APS-C sensor Canon cameras without wildly skewing the focal length. There will be a loss of resolution, but it is not as if the 5DS is short on that to start with.

Other little elements worth a mention include that the Canon EOS 5DS has a fixed 3-inch 1,040k dot screen and – like virtually every other full-frame camera of the moment – offers video shooting that tops out at 1080p resolution. No 4K here. 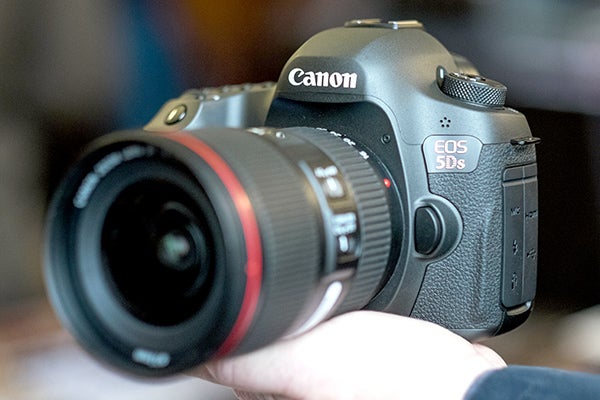 The Canon EOS 5DS doesn’t push the reset button on the company’s full-frame line-up. It’s a specialist model for detail-obsessed and professional photographers who don’t need ultimate speed or supreme low-light flexibility. However, as the cameras that will set new standards in sheer detail among full-frame cameras, we’re hungry for more of the 5DS and 5DS R.