For the first week or so, you may find the DxO’s process fiddly. That you have to ‘construct’ it every time it comes out of your pocket isn’t ideal. However, it is easy to use.

Start comparing it with some of the best advanced compacts, though, and some more issues appear. The one that grates the most is the shot-to-shot speed.

You can only shoot about one photo per second with the DxO, regardless of whether you’re capturing JPGs or RAWs. And there’s no burst mode to help out when you’re shooting action or in difficult conditions. 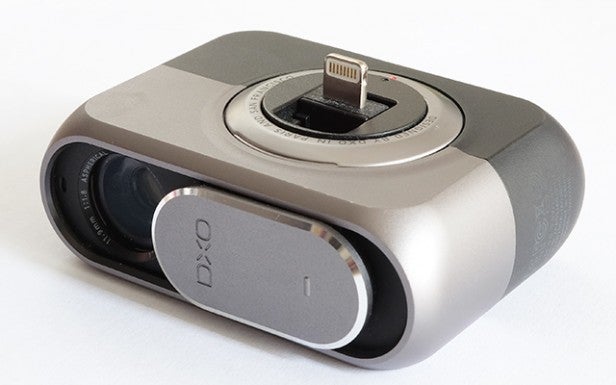 This deserves to be a deal-breaker for many, and it’s not just about people looking to shoot BMX bikes flinging dirt into the air and other such action nonsense. A burst mode can be used to counteract another DxO One absence, optical image stabilisation.

As this camera has a non-stabilised lens/sensor, you’re probably not going to get regular 100 per cent sharp shots beyond exposures of about 1/20 of a second. A burst mode would let you hedge your bets by taking a whole bunch in a row, radically increasing your chances to snagging a sharp one. I use this technique all the time, something I like to call “I don’t want to be the guy with the tripod” photography.

The best CSC OIS systems out there will let you shoot as slow as 1/4 of a second handheld and still get good results. You’ve no chance of that, handheld, here. 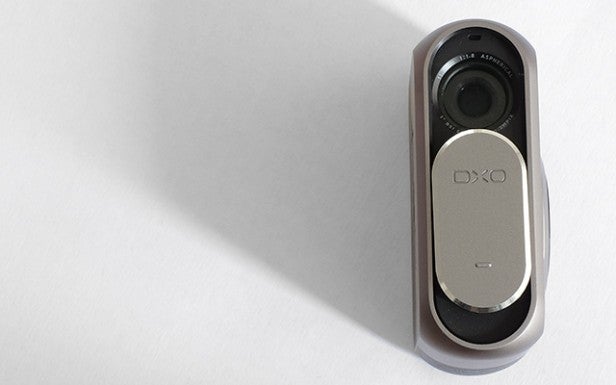 Burst, good shot-to-shot speed and OIS are all things that a ‘nimble’ handheld camera like the DxOMark feels like it should have. It’s no surprise that they’re missing, but is a sign that this is very much a first-generation device.

Its proposal of a ‘take anywhere’ camera is not perfect.

It also lacks an optical zoom, something the older Sony QX100 does have. You can use digital zoom in the app, but it’s effectively the same naff thing we avoid using in phone cameras.

Does it matter? I find the other issues more problematic. Having a fixed focal length forces you to get to know what the camera sees, and lets the DxO One get down to a fast f/1.8 max aperture while still being small. 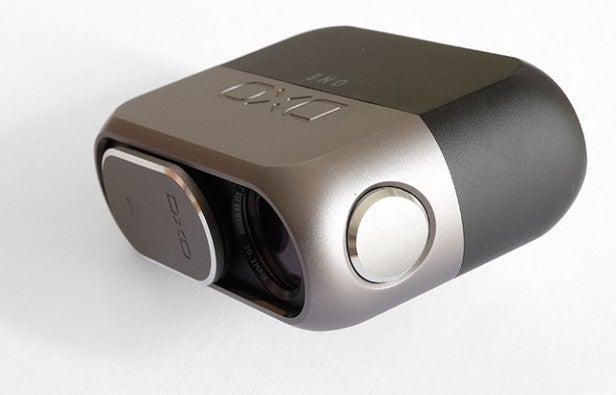 There’s nothing special going on with the DxO’s focusing either. It has a pure contrast detection system, with none of the DSLR-style phase detection focusing chops that are becoming increasingly common in more affordable cameras.

Focus performance is fine, but isn’t going to wow anyone used to a DSLR or the faster CSCs. I recently started using the FujiFilm X-T10, for example, and it’s noticeably quicker. I didn’t run into any particularly painful instances of lengthy focus seeing in dodgy lighting, though. It’s generally reliable, if not intensely quick.

The just-OK focusing and slow shooting performance make the DxO One feel like a camera that sort of ambles along. It’s not annoyingly slow, but when matched with the whole ‘plug it in, run the app’ rigmarole, you will miss shots. Unless you become a blind shooting pro.

Battery life is not great either. DxO says you’ll get around 200 shots off a charge, and while that may be true if you shoot everything in quick succession, it was drained after a couple of short outings. It can at least be charged with your phone adapter, or an external battery pack, though.

There are lots of little issues and first-wave missing bits to the DxO, but I have no major complaints about image quality. It has a 20.2-megapixel 1-inch sensor, likely very similar to, or the same as, the one used in the Canon G7 X.

The DxO’s JPGs are very attractive, with great colour, not-too-obvious dynamic range tweaks and great contrast. Of course, just take daylight shots and you could be forgiven for thinking its images are a bit too close to those of the top phones, given you’re paying £450 for the thing.

In lower light, the benefits of the 1-inch sensor become all the more apparent. As for most of testing I was using an older iPhone, I took out the Samsung Galaxy S6 Edge for a photographic comparison. Its camera is better than the iPhone 6S’s in several respects anyway. The DxO retains a lot more dine detail, which is smushed away through noise reduction. The Edge is about the best you can get this this respect too (as of Jan 2016), not least because it has optical image stabilisation.

It outstrips the phone in lower light, largely because it is able to raise its ISO level without totally ruining image quality. The DxO One ISO level goes up to 12800. As usual you wouldn’t want to use this for ‘critical’ photos, but even super-high sensitivity photos look miles better than what a phone would produce.

To get a real view of how the DxO compares with a dedicated 1-inch sensor compact, I took it out shooting with the Sony RX100 III. I deliberately chose that model rather than the latest RX100 IV as they’re much closer in price.

Their image quality is roughly comparable, but I have to say I did prefer the RX100 III all-round. At very high extended ISO settings, the DxO’s images start to look very watercolour-like where the Sony allows in more noise but ends up with a more natural look. As a result, Sony’s noise reduction feels a bit more like that of a ‘proper’ camera where DxO’s has a somewhat phone-like character. 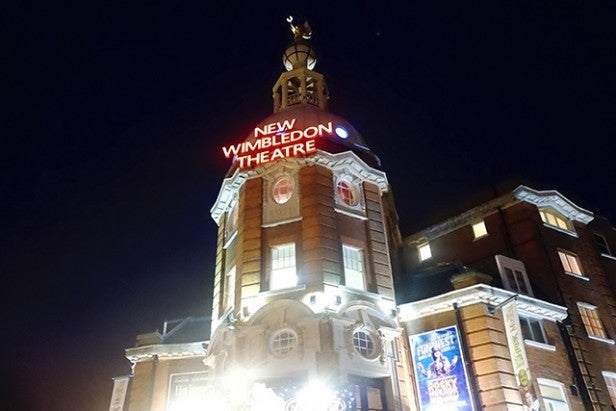 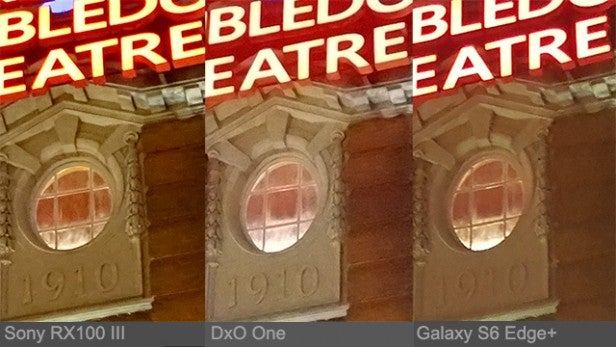 As you can see in the comparisons below, the DxO also tends to push exposure a little hard in night-time street photography, resulting in more overexposed areas than I saw in the RX100 III’s images. Oddly enough, when shooting overcast skies in the day the DxO One can be very conservative in its metering, resulting in images that look quite dull until you bump up the exposure or bring up the midtones post-shoot.

These issues aren’t necessarily killers when the app gives you fairly easy exposure control, you can pull quite a lot of shadow detail out of the JPEGs and the camera can shoot in RAW format (editing software for the proprietary DXO format is included). However, they do mean that as a casual everyday shooter I’d rather take the Sony RX100 II out with me. 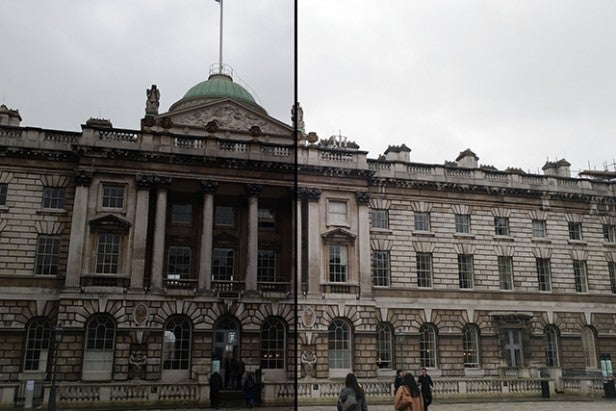 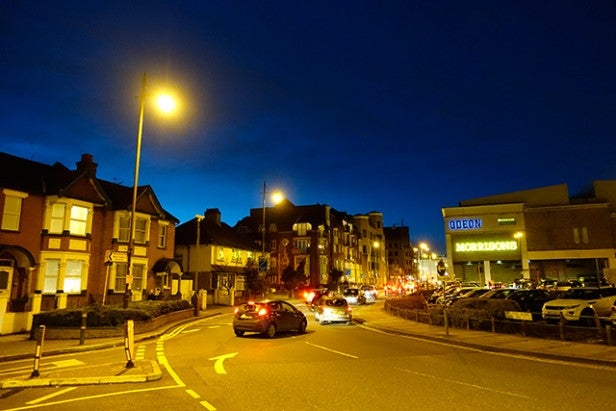 A shot from the Sony RX100 III 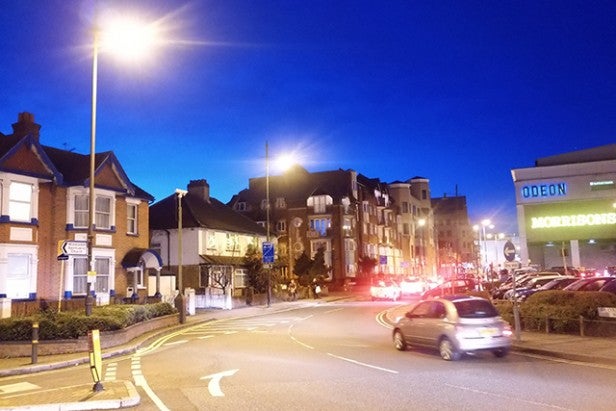 The DxO has used a different exposure style, resulting in some areas of overexposire, and a less believable ‘night time’ shot 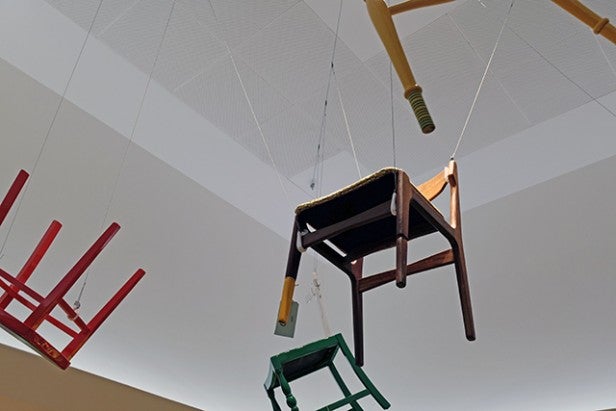 Despite its handycam-like looks, the DxO One is nothing too special for video capture. It offers electronic image stabilisation, but it’s not as effective as that of some phones (even those without OIS), and the modes available to you are limited.

There’s no 4K video, and 1080p capture only goes up to 30 frames per second. There will be benefits when shooting with limited lighting compared to a phone thanks to the size of the sensor, but aspiring YouTubers with £450 to spend could put their money to better use elsewhere. 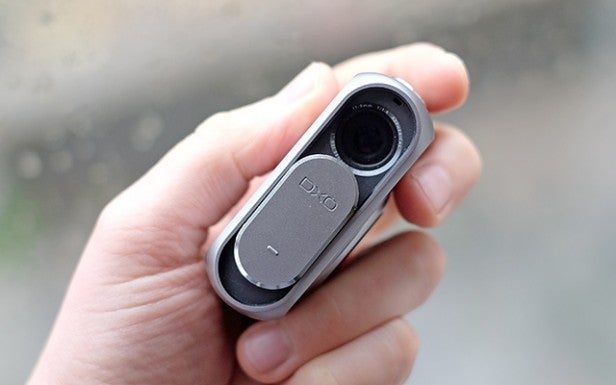 Should you buy the DxO?

The DxO One is a camera that’s hard to beat in a pure comparison of size and image quality. A high-quality 1-inch sensor and fast lens come up with the goods. No surprise, it outdoes phone cameras without much fuss.

In use, though, the DxO One isn’t quite the dream camera you might imagine. Despite appearing to be on the cutting edge of camera tech, when compared to more conventional rivals like the Sony RX100 or Panasonic LX100, it’s missing some obvious elements and is a little slow to use and shoot with. The killer question of whether we’d rather have one of those doesn’t end in DxO’s favour: a top-tier compact gets you a better, more immediate experience.

We’re excited for a DxO Two though, especially if it adds features like strong optical image stabilisation rather than just bunging-in a new sensor and image processor.

An effective, if a little slow and fiddly, way to upgrade your phone’s camera quality.