10 Tips for Staying Alive in The Evil Within

The Evil Within is Shinji Mikami’s return to the genre he helped popularize with his work on the Resident Evil franchise: Survival Horror. To wit, it operates a little differently from your average horror game – and it’s poles apart from the last few Resident Evil games, which have turned all Third-Person-Shooter on us.

Take a look at our The Evil Within review for the full verdict on what we thought of Bethesda’s survival horror.

Survival horror novices may find The Evil Within hard going, so here, we present a list of tips to stay alive:

Save well, save often

The Evil Within is an unforgiving survival horror. It doesn’t care if you’ve spent the better part of an hour lurching through the horrible environment it encases. It doesn’t give a hoot about how frayed your nerve endings are – it will dump you back into earlier stages of the game if you don’t bother to save your progress.

The Evil Within isn’t completely heartless; it’ll toss out a tone or piece of music notifying the player when a save point is in their vicinity. Take advantage of this, especially if you’ve just completed a rather eye-watering section of difficulty. If you don’t, we have no sympathy for you. 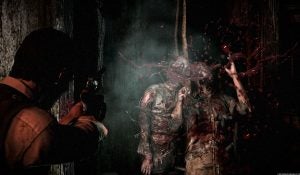 For all players used to hurtling into the action, guns blazing, we have a tip for you: do not buy this game. In The Evil Within your character – the bizarrely named Sebastian Castellanos – is as fragile as Ming Dynasty porcelain. Most enemies pose a fatal threat to him and some monsters can kill him in a heartbeat.

To that end, it’s worth exercising restraint. A lot of restraint. The crouch button (R1 on PS4 copies) is your greatest friend and moving slowly through your environment unless you’re about to be pinned to the wall by some monsters is the best way forward. Remember: softly softly…

The Evil Within is dotted with traps, proximity mines and tripwires – some of them are explosive, while others sound alarms. Most of them can be dismantled and, as an added bonus, their parts can be used to upgrade Sebastian’s crossbow. It’s worth entering every new environment in a crouch because some of these traps are chest-high.

Furthermore, dismantling a trap doesn’t necessarily disarm the explosives that it’s attached to and this can be useful in siege situations. If you lure any attacking monsters into their vicinity, a quick shot from Sebastian’s gun can send their body parts flying. Just don’t miss. 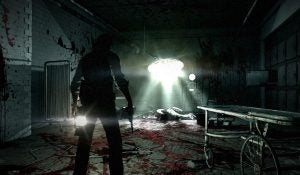 Players will find themselves scratching around in pitch darkness at times and in those moments, the temptation to use Sebastian’s lantern will be overwhelming. Consider your position before you do because any monsters in your vicinity will notice if you haul out the lantern and they’ll be drawn to you like moths to a porch light. You could always whack the brightness up to its highest setting. We wouldn’t judge you for it, oh no.

The temptation to blast any approaching monster in the face is overwhelming. Believe us, we’ve been there. However, most creatures can be dispatched by a slam to the head with a hatchet. Or an axe. Or a torch.

You’re looking at a one-hit-one-kill situation in most of these encounters so it behooves you to study your surroundings and snatch up any melee weapons you can. This way you can save your all-precious (and rare, if your ramp up the difficulty) bullets for when you really need them. 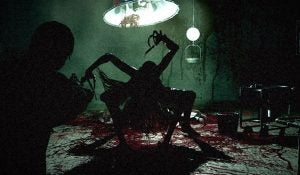 Upgrade whenever you can

The Evil Within has RPG elements and players should be on the look out for jars of green gel in their vicinity. These jars of goo allow players to upgrade Sebastian by seating him on a shock therapy chair. Once you have enough points, it’s advisable to unlock as many of his upgrades as you can – and the ones you pick (because it’s unlikely you’ll ever have enough gel to unlock everything) depends largely on the way you play. If you use firearms a lot, unlock the higher bullet count. For our money, sprinting and vitality are the best ones to choose. But then, we spent an awful lot of time running away and trying to avoid death.

Those who run away…

…, yes they live to fight another day – but only if they keep in mind that their sprinting prowess is limited. In a lot of encounters in The Evil Within, the player’s best option is to leg it. However, because this is a survival horror game – meaning it hates you and everyone who looks like you – there are a couple of things to bear in mind.

First up, your ability to sprint and your ability to heal only activates when you’re standing still. Yes, it’s unfair, but that’s the way things are. Second, it’s worth staggering your sprints; your sprint ability won’t be depleted completely if you time your runs. In this game, you’ll be running a lot. Plan accordingly. 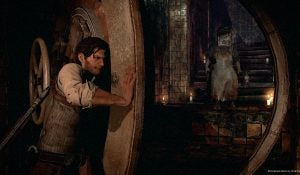 As players explore The Evil Within they’re likely to come across Goddess Statues dotted about their environment. It’s worth breaking these open because they contain keys to a lot of the lockers in the asylum – and they happen to be filled with loot. In fact, it’s worth breaking open anything on your travels, because you never know when you’ll get a useful loot drop. Just make sure you’re not in earshot of some horrible beasties when you decide to get destructive.

Keep one in the chamber

Players are limited to the amount of ammunition they can carry – even when Sebastian’s ammo count has been upgraded – but they can always carry an extra bullet or crossbow bolt by racking a round into the chamber. It’s also worth making sure that your weapon is always fully loaded between fights; you don’t want to spend time reloading when the monsters are at your door. 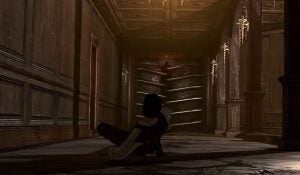 Ever heard of John Constantine? If not your nerd credentials have severely plummeted in our estimation. Hellblazer was a long running comic book published under the DC/Vertigo imprint and it followed the life of one John Constantine, a trenchcoat wearing, chain-smoking ne’er-do-well who frequently found himself ranged against the forces of hell.

Sebastian doesn’t smoke – hell, who does in games these days? – but his hard-bitten demeanor reminded us a lot of Constantine and once you accept that that mind-bending terror is part of your job description, you’re able to tackle The Evil Within with some steel in your blood.

Well, it worked for us anyway… Shut up!