Ori and the Will of the Wisps is a fantastic sequel that improves upon its predecessor in multiple ways. While the new combat focus admittedly doesn’t fit well with the story, it’s still a tonne of fun, and coupled with the new autosave feature, ensures a more fast-paced and fluid style of play. Combined with the endearing story book vibe and jaw-dropping platforming spectacles, Will of the Wisps is easily one of the best titles in the Xbox's first-party library.

Ori and the Will of the Wisps could have easily played it safe and stuck ardently to the blueprint of its acclaimed predecessor. But while the roots of this 2D platformer Metroidvania remain intact, there have been enough tweaks to ensure a distinctly new adventure.

The biggest change is the combat. You’re given a litany of weapons and attacks in Will of the Wisps, from a spirit blade for slicing and dicing your way through monster hordes, to a bow that excels at striking airborne beasts from a safe distance.

This is a big deviation from its predecessor, Ori and the Blind Forest, where your best strategy of attack was almost always hurling enemy projectiles right back at them, resulting in slow but calculating skirmishes where timing and accuracy was king.

In Will of the Wisps, combat encounters are a lot more fast-paced and frantic. You can have multiple enemies on screen at the same time now, as Ori dances across the forest like an acrobatic ninja, cutting down monsters before they’ve had a chance to react. 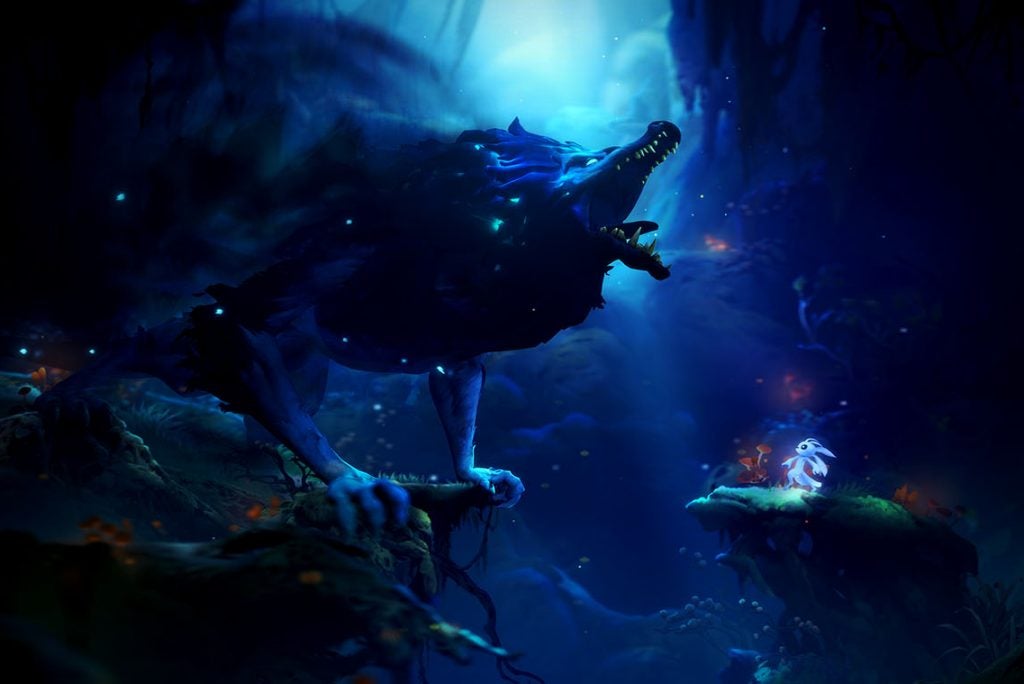 You can even purchase new attacks and upgrade existing ones with in-game collectables, although I personally didn’t see a need to ever deviate from the standard blade, bow and bash attacks.

I’ve got mixed feelings about this new combat-heavy approach, as it awkwardly contradicts the peaceful nature of Ori which is a core driving force of the story. On the other hand, combat is a lot more fun now, allowing for epic-scale boss battles and more frequent fighting to add diversity to the platforming.

It’s the breathless platforming set pieces where Will of the Wisps truly shines, where Ori must escape a giant rampaging monster or collapsing building by jumping, dodging and swinging to freedom. These spectacles provide the ultimate test for a newly attained ability, proving to be a hugely enjoyable crescendo for each of the five major zones, reaching the same sort of adrenaline-packed heights as Uncharted and Rayman Legends.

Enemy encounters and chase sequences do occasionally suffer the odd frame rate blip with the Xbox One S, but performance has improved dramatically since a patch update, and I can only see it getting smoother in the future. Still, the Xbox One X or a high-performance PC is highly recommended here, even if it’s just to ogle the gorgeous 4K visuals. 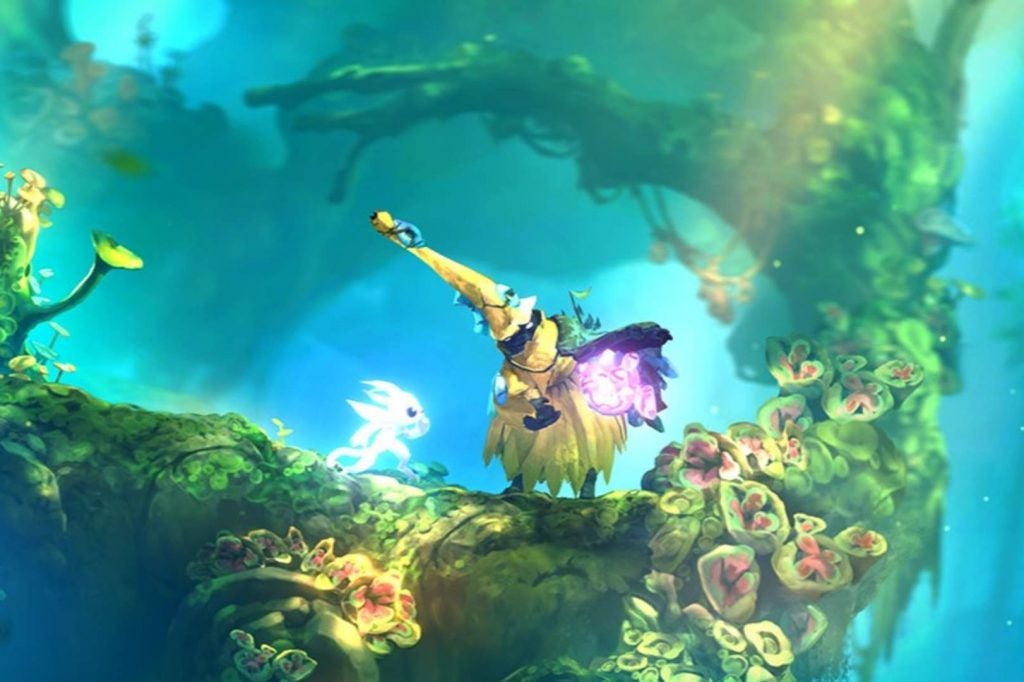 Another major change for Will of the Wisps includes the new autosave feature. In Ori and the Blind Forest, you had to create your own checkpoints, which used up your precious magic meter. This encouraged caution for every obstacle, especially since enemies and environmental hazards dealt so much damage.

Will of the Wisps throws this feature on the scrap heap, with frequent auto-saving allowing you to be more reckless and experimental. An early health-replenishing power up contributes towards this free-spirited play, as does the new shard system – plucked right of Hollow Knight – which sees equipped collectables greatly reduce enemy damage or improve your effectiveness against airborne villains.

This inevitably results in a gentler difficulty curve when compared to Blind Forest. That’s not necessarily a bad thing, as I still died on numerous occasions during my 10-hour adventure – plus there’s always the ‘Expert’ difficulty for those craving a challenge – but this Ori entry does feel more like a friendly Nintendo platformer opposed to ruthless side-scrollers like Super Meat Boy and Dead Cells.

I personally think this a good move, syncing up better with the children’s story book vibe prevalent in the gorgeous cartoon animations, melodic soundtracks and endearing plot. Will of the Wisps picks up right where Blind Forest ended, as Ori and his family of woodland critters raise an orphaned baby owl called Ku. After a flying lesson goes terribly wrong, Ori and Ku end up separated in an unfamiliar forest, which is suffering a steady decline due to the mysterious Decay. 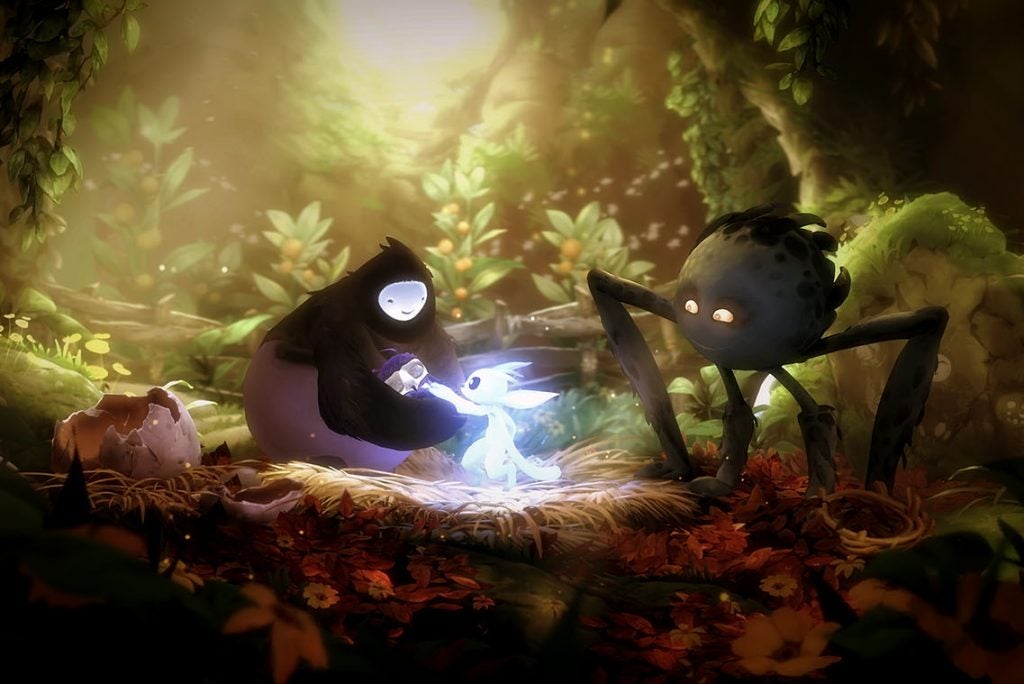 The story itself is pretty simple, following an almost identical template as before. The stakes feel more personal this time round though, as Ori sets off to find its friend and save the forest in the meantime. Still, Will of the Wisps carries a bounty of emotional resonance, and is a deeply charming tale with an ultra-satisfying conclusion.

Despite an impending sense of doom, the forest feels very much alive and is rife with various charming characters that can reward you with gifts for completing side quests or even sell you maps or special attacks when trading in collectibles. With so many upgrades available to purchase, I had plenty of incentive to go hunting the map for hidden items.

The map feels more diverse than before, with each section of the forest differing greatly in terms of both aesthetics and atmosphere. These range from unsettlingly dark caverns filled with spiders and skeletons, to a luscious lagoon featuring underwater tunnels teeming with fish and carnivorous plants. The map in Will of the Wisps isn’t quite as mysterious or enticing to explore as those found in other Metroidvania titles, such as Hollow Knight, but it still provided a joyfully memorable experience all the same. 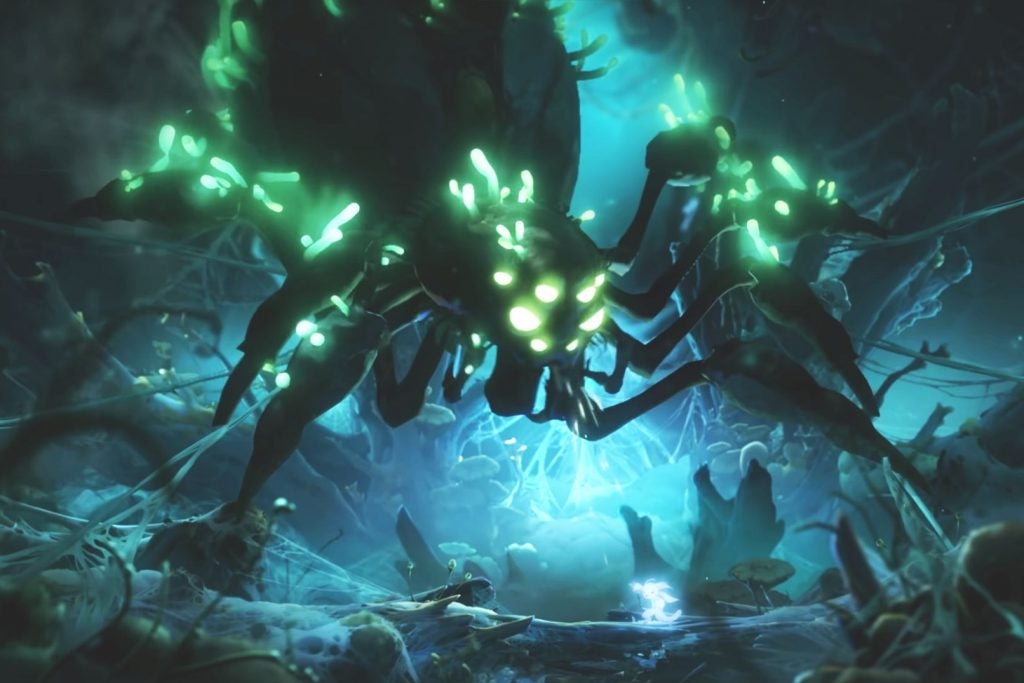 While most of the technical hiccups have been resolved with a pre-launch patch update, there still remains some niggling issues. For example, frame rate dips aren’t uncommon on the Xbox One S if the screen becomes too crowded. Switching to the map can also be a sluggish process, which is frustrating given this is Metroidvania where it’s very easy to get lost in the maze of interweaving tunnels.

I also suffered a technical bug on two separate occasions where my save files were deleted when I died in a specific location on the map. This was incredibly frustrating, losing me around 40 minutes of progress in total. It’s unclear whether this issue has been resolved since the recent patch update, but it’s something to be mindful of.

Ori and the Will of the Wisps is a fantastic sequel that improves upon its predecessor in multiple ways. While the new combat focus admittedly doesn’t fit well with the story, it’s still a tonne of fun, and coupled with the new autosave feature, ensures a more fast-paced and fluid style of play.

Combined with the endearing story book vibe and jaw-dropping platforming spectacles, Will of the Wisps is easily one of the best titles in the Xbox’s first-party library.