The OM 5 is an affordable and highly effective gimbal for smartphones, offering the superb stabilisation and fun features prized by vloggers and content makers. It’s easy to set up and the Mimo app is a pleasure to use. That being said, those who own an OM 4 or even Osmo Mobile 3 have few reasons to upgrade. In fact, the OM 4’s 15-hour battery life is slashed to just over six hours on the OM 5, with the payoff being a significant reduction in weight on the newer model.

DJI has already proven four times before that it knows how to make a great mobile gimbal, and we’re not expecting any major departures from this winning formula when it comes to the company’s fifth Osmo Mobile/OM model, the new OM 5.

Pitched at vloggers and other creative types, mobile gimbals keep your smartphone stable and level while filming or capturing photos – the idea being to eliminate most of the camera shake that comes from using your phone handheld.

Priced at £139 (roughly the same as 2020’s DJI OM 4), the OM 5 does offer some key differences over previous models – although perhaps not enough of them to warrant immediate purchase for current OM owners. Read on to find out why.

The OM 5 looks very similar to the OM 4, and includes the same excellent magnet clasp design. Fit the spring-loaded clamp around your phone and it can be popped into place with a hugely satisfying “clunk”; when you’re finished filming, a hearty tug removes the phone. This magnetic grip feels seriously strong, so much so that I had zero fears about my iPhone 8 coming loose from the gimbal and plummeting haplessly to the pavement.

According to DJI, the clamp can accommodate phones that are 67mm to 84mm wide and 6.9mm to 10mm thick. Weight-wise, it’s designed to work with handsets that fall between 170g and 290g – anything lighter or heavier will fox the gimbal’s stabilisation system.

The first big difference between the OM 4 and OM 5 is that the new model weighs far less: before you add the clamp and your phone, it’s 290g compared to the OM 4’s 390g. It’s also about a third smaller than its predecessor when folded up. That’s a big plus point for your arms, if you’re going to be embarking on long days of vlogging. However, there’s a downside in the form of a much smaller capacity battery.

The second significant change is the inclusion of a built-in extension rod. At 215mm long, this pulls out of the OM 5’s handle to give the user a bit more breathing room from their phone. This seems like it would be particularly valuable for vloggers who want to fit a little more in the frame besides just their face, and it will also give the user greater control over the height of the phone when placing the OM 5 on a flat surface using the included mini-tripod accessory.

In addition to the mini-tripod (which simply screws into the base of the OM 5’s handle and folds down when it isn’t in use), the box includes a wrist strap to keep the gimbal secured to your arm when in use, plus a soft bag for storage. DJI also sent me the optional Fill Light Phone Clamp accessory (£42) to try. Replacing the standard phone clamp, it features two fairly powerful banks of LEDs (with adjustable brightness and colour temperature) to light your face while filming. It works well in gloomy or changeable lighting conditions, but probably isn’t essential if you’re doing the bulk of your vlogging out in the sunshine.

The OM 5’s general build quality is excellent, as we’ve come to expect from DJI. The gimbal is finished in tough plastic, folds down well and feels comfortable in your hand, with all its controls placed within easy reach of a finger or thumb.

You can use the OM 5 with your phone’s built-in camera software or with apps such as FaceTime, but it really comes into its own when teamed up with the DJI Mimo app.

The app lets you adjust gimbal performance settings, fine-tuning the speed and responsiveness at which the rig moves your phone. Plus, like before it features a range of trick shot modes including Dyna-Zoom (achieve an unnerving, Hitchcockian dolly zoom effect), hyperlapse, timelapse and CloneMe panorama (easily insert three versions of yourself into a single photo).

You can also use gesture controls to take a photo or stop/start recording: just show the camera your palm, or a V-shaped peace sign, and it will immediately start a countdown – no button-pressing required.

One of the best parts of Mimo is that it provides access to ActiveTrack 4.0, the automatic tracking mode that make the gimbal follow objects around the frame. Most effective when vlogging or filming with the OM 5 set up on its tripod, it’s adept at keeping a subject’s face centred the entire time; it can even re-acquire a face that’s temporarily blocked or otherwise out of the frame. This is nothing new on a DJI mobile gimbal, but the company says it has been updated for the OM 5.

DJI has added a range of tutorial templates to inspire and instruct users on how to achieve certain types of shot, arranged in themes such as “Beach” or “Food”. Personally, I found these a bit redundant; but beginners struggling to work out how to make their videos look more engaging and interesting might well feel differently. The app also comes with a surprisingly rich editing suite, for those who want to shape and polish their videos right there on their smartphone.

Finally, there’s a range of beauty filters that smooth, slim, lighten and otherwise transform your horrible visage into a face worthy of a full-time influencer. I turned them all on and pushed the sliders up to max to test the effectiveness, instantly transforming me into a malnourished Gollum-style figure, albeit one with great cheekbones. I’m not a fan of these, it’s true – but I suspect the feature will find more use in the Far East, or when used with a bit more subtlety and restraint.

Everything mentioned above would be worthless if the OM 5 couldn’t stabilise a phone properly – but, thankfully, this is an area where it’s very difficult to find fault.

One button switches the phone between classic landscape and Instagram Stories-friendly portrait orientations, as well as toggling between front-facing and rear-facing cameras. The trigger allows you to maintain the gimbal angle or reset its facing to the default. It takes a bit of getting used to, but once you’re accustomed to that you’ll feel like lord and master of your very own smartphone Steadicam.

The gimbal arm is surprisingly strong and responsive, and when used within its limits (fast pans with ActiveTrack switched on will have the gimbal visibly and audibly straining to keep up) will smooth out your handheld footage beautifully. If your style of vlogging tends towards the classic walk-and-talk, the OM 5 is the perfect partner for your smartphone, with its extendable arm and lighter weight giving it a tangible edge over the OM 4 and other earlier models.

A downside of OM 5’s smaller size and lower weight is that its battery life is far shorter than the OM 4’s 15 hours. According to DJI, you’ll get just 6.5 hours of use from a full tank here. How significant that reduction is depends on how much shooting you need to do, but I think 6.5 hours is perfectly acceptable given the much-improved portability. The battery is recharged via the USB-C port and takes about 1.5 hours to go from empty to full with a 10W charge delivered.

You’re in the market for your first mobile gimbal The OM 5 is more flexible and portable than DJI’s previous models, and a fine travelling companion for any vlogger.

You already own the OM 4 or even the Osmo Mobile 3 Unless you’ve really struggled with the older device’s weight or size, general gimbal performance here is quite similar, and battery life is shorter.

While the OM 5 doesn’t represent a vast leap in capabilities over its predecessor, its lighter weight and the addition of the extension rod do make it slightly easier to live with – even if the epic battery life of the OM 4 has been sacrificed to get there.

The OM5 was tested using an iPhone 8 in variety of different locations. The device was used as the reviewer’s primary gimble for a full week before being scored. 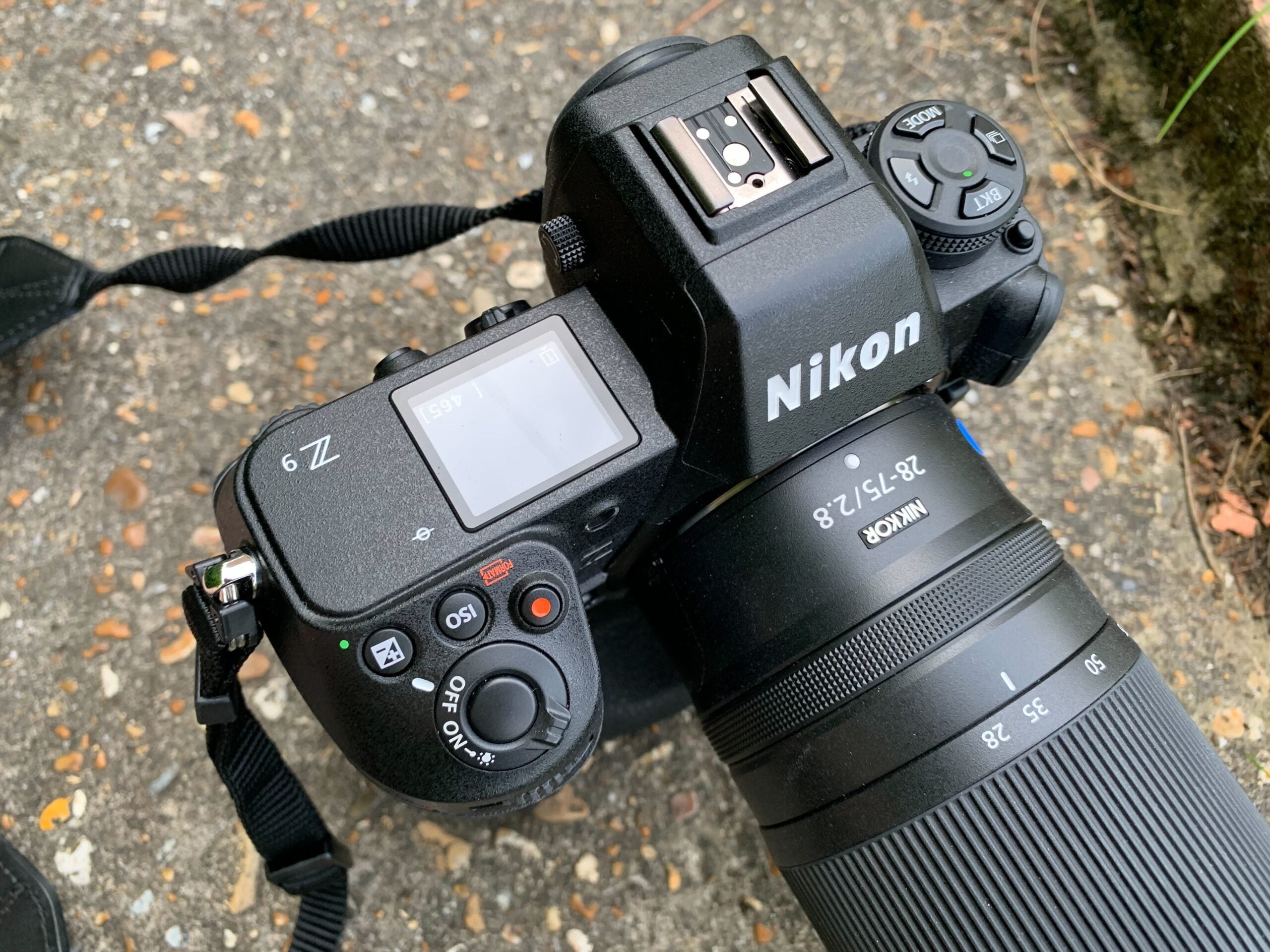 Best camera for photography: All the top cameras we’ve tested

How long is the DJI OM 5’s battery?

The battery lasts 6.5 hours, which is a lot lower than the previous model

How is the OM5 different to the OM 4?