Exclusive to Wii U
Release date: August 28 (December 11 in the US)
There are three schools of thought on Devil’s Third, the new game from ex-Team Ninja head honcho, Tomonobu Itagaki. One is that it’s a ground-breaking action game that will revolutionise the whole genre – a point of view held by, well, erm, Itagaki and his biggest fans. Another is that it’s the kind of game that will be misunderstood and misrepresented by a western media that just doesn’t get it – or that doesn’t really have the hardcore gaming skills required. One day, this school of thought predicts, Devil’s Third will be appreciated as the cult classic it really is. Frankly, I wouldn’t hold my breath.

The third school believes the opposite: that Devil’s Third is one of the great catastrophic game releases of our time. In this view, it’s a game so spectacularly awful that it almost has to be seen to be believed. 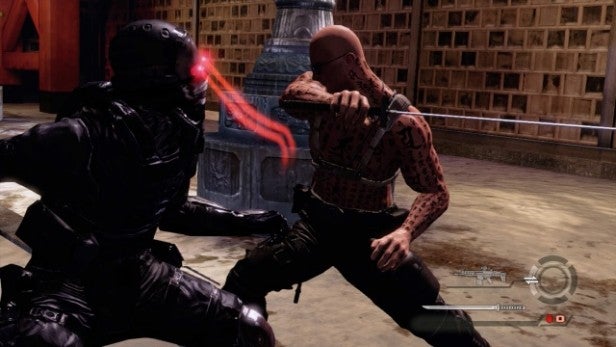 All of these schools of thought are wrong in their own way. Devil’s Third isn’t as groundbreaking or good as Itagaki and his hardcore fans believe, but it’s also not quite that wretched a car crash. Don’t get me wrong, when it’s bad, Devil’s Third is very, very bad indeed. Even when it’s good it’s never more than mediocre. But is it a disaster on the level of, say, Aliens: Colonial Marines? Not quite.

In fact, thanks to Godzilla, it’s not even the worst game we’ve played this year, while Metal Gear Solid 5: The Phantom Pain, easily beats it when it comes to ‘did I really see that?’ craziness.

It’s easy to see why the haters are hating, and it’s not just because they’re lacking skills or they’re just gonna hate. Devil’s Third has a rotten, mildly incomprehensible storyline, a deeply unappealing hero and a script so awful that even the actors can’t quite believe their lines.

When a game kicks off with the escape of the world’s worst terrorist from a locked vault in a high-security prison, followed by a horrifically banal boss battle then a ridiculous conversation with the head of a fictionalised NSA, you might think that the only way is up. For the next few hours you’re probably right, but only because that initial level sets the bar so incredible low. It gets better, but not by much. 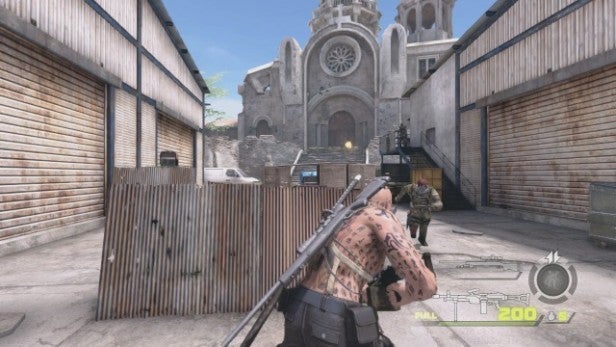 Meanwhile, Devil’s Third’s graphics veer between acceptable and shockingly bad, with some of the blandest, low-detail scenery we’ve seen in a shooter in the last five years and some spectacularly ropey character modelling to match. Even on a technical level it’s a failure, with the frame rate collapsing during high-octane moments and some terrible instances where your hero and his enemies seem to merge during close-combat. This is embarrassingly amateurish stuff.

Still, maybe the gameplay makes it all worthwhile? Sadly not. Itagaki’s aim was clearly to bring the cover-based shooting of a Gears of War or Uncharted together with the fast-moving, acrobatic slice-and-dice gameplay of his much-loved Ninja Gaiden, but if so, it doesn’t really work.

Sure, your hero, a tattooed bald bad-dude named Ivan, can switch quickly between melee weapons and ranged weapons, with a nice line in blocks, evasions, hacks and fatal impalements, but most of the time you’re either shooting soldiers at a distance or hacking away at mutants at close-quarters. The one exception is when the game decides to ‘surprise’ you with a sudden ambush (a tactic so over-used that it’s soon no surprise at all). 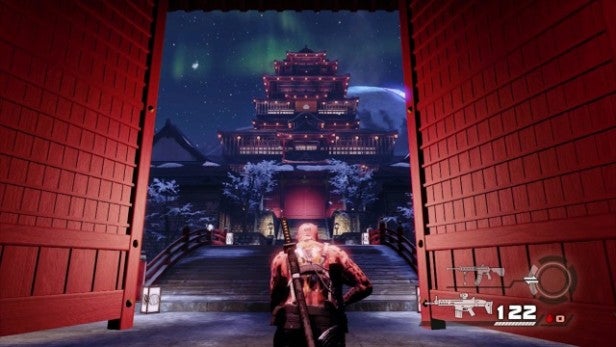 Bar a metered super attack that you’ll rarely bother to use, there’s simply no incentive to switch from gun to blade (or fire-axe, knives, machete, sledgehammer or tomahawks) unless you want to see what said weapon will do to a human body (this is very much that sort of game). Traversal, meanwhile, comes down to jumping and a handy run up walls manoeuvre, neither of which is likely to set the world on fire.

Even the core combat is disappointing. The cover system works perfectly well, and Devil’s Third has all the required assault rifles and sniper weapons, not to mention a range of enemies with their own strengths and weaknesses. Yet it’s all so generic and predictable.

It has the feel of a B-grade shooter circa 2007-2008. Having just come away from Metal Gear Solid 5: The Phantom Pain and Gears of War: Ultimate Edition, Devil’s Third doesn’t just feel dated but like a museum piece, and even then one from the kind of small town museum where a glass case full of souvenir mugs is the key exhibit. 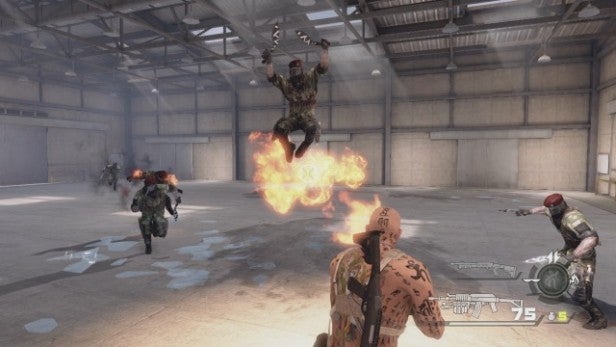 It’s not always that terrible or unenjoyable. The action has a certain momentum, and there’s something weirdly appealing about the combination of that wretched script, the baffled-sounding actors and the predictable gameplay that’s almost compulsive. But then Devil’s Third takes on a bizarre Resident Evil vibe with some of the ugliest and dumbest mutant monsters ever, and it begins to dawn on you that it’s all a bit inept.

The AI is poor and unchallenging, often struggling to navigate the environments or aim. We’ve seen goons blasting heavy machine guns into low walls in the belief that they’re aiming at you, and even occasionally blowing themselves up with their own rocket-powered grenades. Meanwhile the boss battles are either pitifully easy or so stacked with unblockable attacks and overpowered, albeit heavily telegraphed insta-kill moves, that they’re just no fun at all. 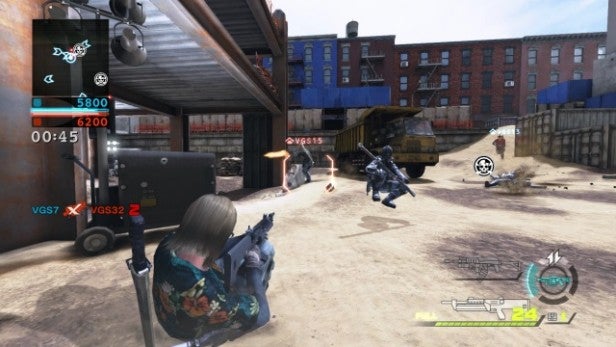 Beyond the single-player game there’s a fairly in-depth multiplayer mode complete with persistent characters, a weapon and equipment shop and a range of different game modes. Sadly, as this is based on the same core engine and combat mechanics, it’s still no damn good.

Maybe there are some Wii U owners out there who are desperate to play a third-rate, third-person shooter because there’s not much else like it on the console, but if you haven’t got anything better to play than this, it’s really time to worry. We’ll hold back on a final verdict on the multiplayer until we can play on some busier servers, and there’s some slim hope in Siege Mode; a more complex mode where players band in clans to build, assault and defend fortresses. All the same, it’s really hard to see anything that can make Devil’s Third a game worth owning.

Verdict
After a long and troubled development history it’s hard to describe Devil’s Third as disappointing, but whatever genius Itagaki possessed when he made Dead or Alive 2 or Ninja Gaiden seems to have deserted him with this one.

It has some interesting ideas and some momentum, but the execution is inept on so many levels. Even if there are glimmers of hope in the multiplayer, they’re not enough to make us recommend Devil’s Third to anyone.