Available on PS3, PS4 (reviewed)
Bad games are becoming an endangered species. I’m not talking about the endless sea of mediocre shooters, action games, driving games and MMOs, but those games where poor design choices and technical ineptitude produce something genuinely awful. Godzilla is – by any sensible yardstick – a stinker. In fact, there’s actually something quite compelling about its sheer awfulness. By the time I’d ploughed a couple of hours in, guffawing at its risible visuals and baffling game mechanics, I was actually starting to enjoy myself.

In a way, this is a fitting tribute to the original Japanese movies – and this is very much an adaptation of them rather than the 1998 and 2014 Hollywood versions. If you thought that two guys in rubber suits smacking each other around a miniature city was entertainment, then Godzilla delivers a digital update of the same experience.  The only way it could be better would be if we had a first-person view where the headpiece kept slipping. 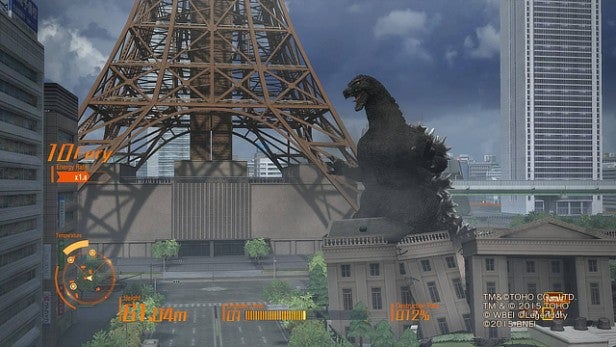 The main campaign mode, God of Destruction, features Godzilla on the warpath across a series of tiny maps, each one representing some sector of Tokyo or the surrounding coastline. While a still graphic of a frantic military type gabbles away in the corner of the screen – the budget didn’t run to animated faces – you stomp around it, looking for the key objectives (usually generators) you need to smash to end the level.

Smashing buildings, tanks, helicopters, planes and landmarks releases G-Energy, which makes Godzilla bigger and more powerful. Smashing generators releases a bigger load of the stuff. You don’t really need to get much bigger to batter the puny humans and their toys into submission, but at some point in every level another kaiju (big, badass monster) appears and needs to be taken down. 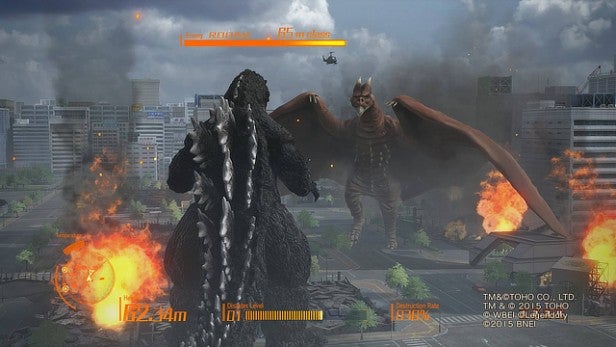 Godzilla wins points for fan service here, pulling in favourites like Rodan, Hedorah, Mothra, Gigan and Mechagodzilla, each with their own special moves and blasts, and some able to fly – or at least hover slightly above the ground while trying to hit you. It even throws in the original black-and-white movie version, plus an option to download the Hollywood Godzilla if that floats your boat.

At some point, seemingly halfway through the game, the campaign draws to a halt. Don’t worry. Beating the other kaiju up allows you to gather materials from them, then go to the Evolution Mode screen and unlock them, at which point you can replay the campaign in a different rubber suit with all their attacks. Eventually, you’ll get to those final missions. 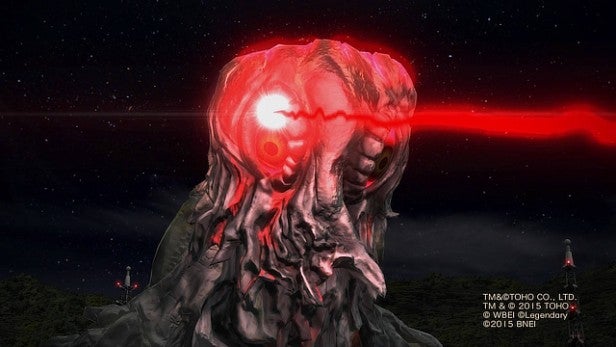 Sounds like fun? Well, it is at times, but Godzilla looks and plays like a second-rate PS2 game. The architecture is flat and lacking in detail and the physics and destructible scenery are from that era. Other games were doing this stuff better a decade ago. Some care has been lavished on recreating everyone’s favourite kaiju, but the results still look primitive and – in Hedorah’s case – horrifying for all the wrong reasons.

It’s also crippled by a terrible control system, where the left stick moves Godzilla forwards and backwards and stafes left and right, the right stick moves the camera around him, while the only way to rotate Godzilla is to use the L1 and R1 keys. It’s a cliché, but Godzilla handles like a bus, or possibly like a municipal refuse lorry when fully laden with bags of stinking rubbish. 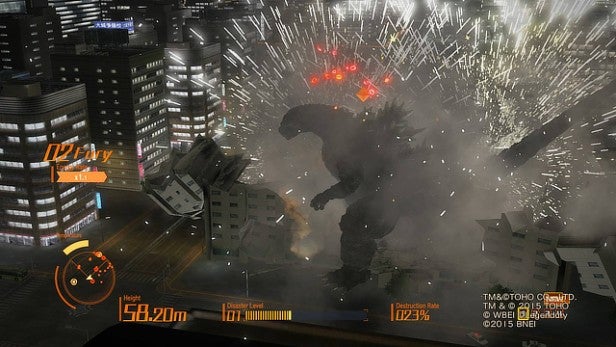 Attacks, meanwhile, are hampered by gauges and a painfully slow wind-up period. This helps the game capture the size and weight of kaiju vs kaiju combat, but it makes the action frustrating too. You can help by upgrading your chosen kaiju’s powers in Evolution Mode, but getting whupped because you simply can’t respond to a rival beast’s attack is no fun at all.

Beyond God of Destruction mode, Godzilla throws in a King of Kaiju challenge mode, where it’s all about tackling your fellow monsters, and an online mode where you can pit your upgraded kaiju against other people’s. Neither make this package any more attractive. 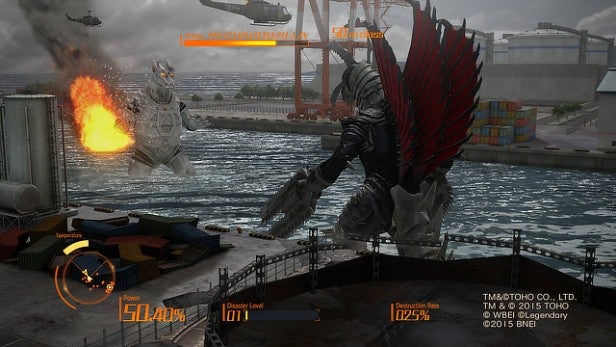 The worst thing about Godzilla is that you can see how much fun this idea could be if it were just done right. Make the landscapes larger – hell, make the game open-world! Put in a proper physics engine and destructible scenery of the sort we’ve seen in Battlefield. Give us more varied and interesting objectives, and make the structure less predictable. Give Godzilla and his chums a little more speed, or make them more like the combatants in a bona-fide fighting game.

That’s a game I’d be willing to pay at least a budget download price to pay. But this, for an eye-watering £40 to £50? No way. While Godzilla delivers on the fan service front, you’d have to be a massive fan, or bonkers, to even think about coughing up.

Verdict
With ropy graphics, repetitive gameplay and wretched controls, Godzilla is so bad that it’s almost lovable. You get a lot of classic kaiju to play with, and smashing them through the sights of Tokyo can be strangely entertaining. Sadly, it’s not entertaining enough to warrant paying out for a full-price game.