Available on Xbox 360, PS3 (version tested), PC
After six long years in development, there were only two ways that Aliens: Colonial Marines could go. Either Gearbox was going to come up with the definitive Aliens game, or it was going to be a botch job of Duke Nukem Forever proportions. Sadly, it turns out to be the latter. You’d have to look hard to find an Aliens game that offers better fan service, but Colonial Marines is too dated, too glitchy and too deeply mediocre to give the franchise the game it deserves. While it’s not as messy as the Duke’s big comeback, it’s still a very disappointing effort. 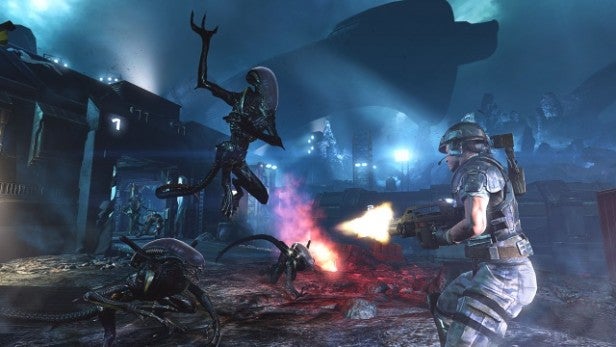 It’s not completely devoid of merit. For a start, it plays out as a straight sequel to Aliens, though one that comes after Alien3 in the overall franchise timeline. The USS Sulaco – the marine’s ship from the second film – has reappeared in orbit around the planet LV426, and you’re a marine attached to a new ship that’s been sent to investigate. The action begins on the Sulaco before moving down to the surface of LV426 and the xenormorph-ravaged colony of Hadley’s Hope, giving you plenty of scope to explore environments from the first two movies. Throw in numerous shout-outs to the films, a scattering of faniliar(ish) faces and all the iconic weapons and vehicles – even a boss battle that puts you in a loader – and you can’t say that Colonial Marines stints when it comes to Aliens goodies. 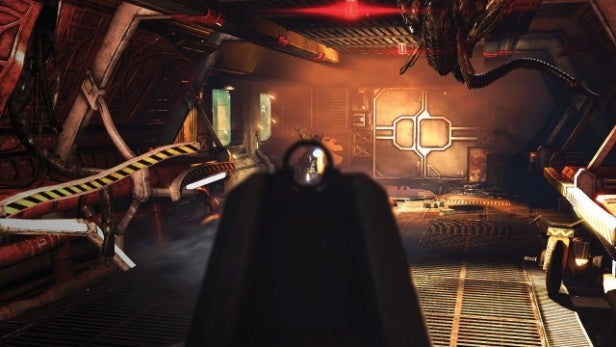 Nowhere is this more obvious than in the sound. It’s all here, from the high-speed buzz of the pulse rifle to the signature tone of the smart gun, from the hiss of a lurking xenomorph to the urgent blip of the motion tracker. The production design also does a nice job of capturing the film’s industrial sci-fi aesthetic. Whatever Colonial Marines gets wrong, it has the Aliens look, sound and feel down pat.

The big problem is that it has that look, sound and feel mixed up with an FPS that has arrived at least five years too late. This is as straight a corridor shooter as they come; one where you’re led from one area to the next by one or two of your fellow marines, and from alien encounter to alien encounter. It’s the kind of game where you’re constantly moving to the next door, waiting for someone to open it, or trying to catch up with your CPU-controlled buddies, who can usually be found waiting by a door for you to turn up. Even the most derivative Call of Duty clone has the sense to liven things up with the odd set-piece these days, but while Colonial Marines stretches the formula on a few occasions, it clings to it for the majority of the game. 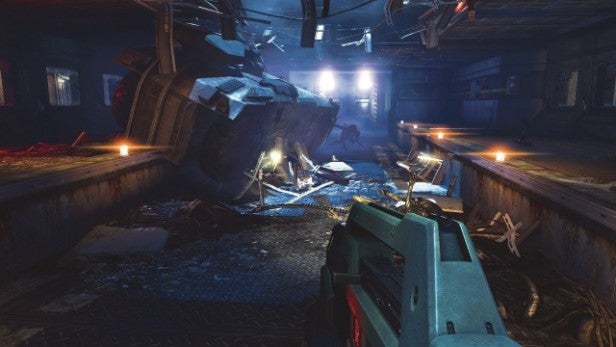 Nor is the shooting all that satisfying. The aliens do all the right things – crawling along the ceilings, popping out from nowhere to attack – but don’t they move in quite the right way and make a less convincing menace the more the game goes on. There are numerous sub-types with faster movement, more aggressive attacks or even ranged attacks, but these don’t add that dramatically to the challenge. And while the game finds space to also throw in Weyland Yutani private military forces, even these rarely go beyond the old pop in and out of cover routine. In fact, your human foes are even less interesting to fight than the alien ones.