If you were ever curious about Destiny 2, Shadowkeep is the perfect entry point. If you are a reneged player that struggled with content doubts, there’s no better time to come back. And if you are neither of the aforementioned, you probably should be. Shadowkeep is everything every player wanted from Destiny 2, and in true Bungie fashion, it was delivered with a bang – which presumably emanated from the servers as they exploded on launch night.

As Destiny 2 enters its third year since launch, changes are afoot. With its departure from Activision/Blizzard, developer Bungie has revised its content release schedule and restructured Destiny 2’s very core with its latest expansion – Shadowkeep.

Shadowkeep takes players back to the Moon, a locale adored by many during Destiny’s original reign as the king of console pseudo-MMOs, to experience its spookiest story yet. Eris Morn returns to the galaxy, warning players about a coming Hive Invasion and kicks the story into gear with an onslaught against a mysterious Scarlett Keep that has appeared on the Moon.

From here, the story continues to build as you literally confront ghosts from your past, a few of which will assuredly send a chill down even the most veteran of Guardian spines. This dedication to the franchises’ past is wonderful, but can be a problem for newcomers. Almost everything in Shadowkeep calls back to the first game, so many of these stellar moments don’t always land the same across the board.

While I loved revisiting some long forgotten foes, it also felt like I wasn’t really participating in “new content”, instead cruising through a highlight reel of all the big baddies I’d already seen and bested all those years ago. 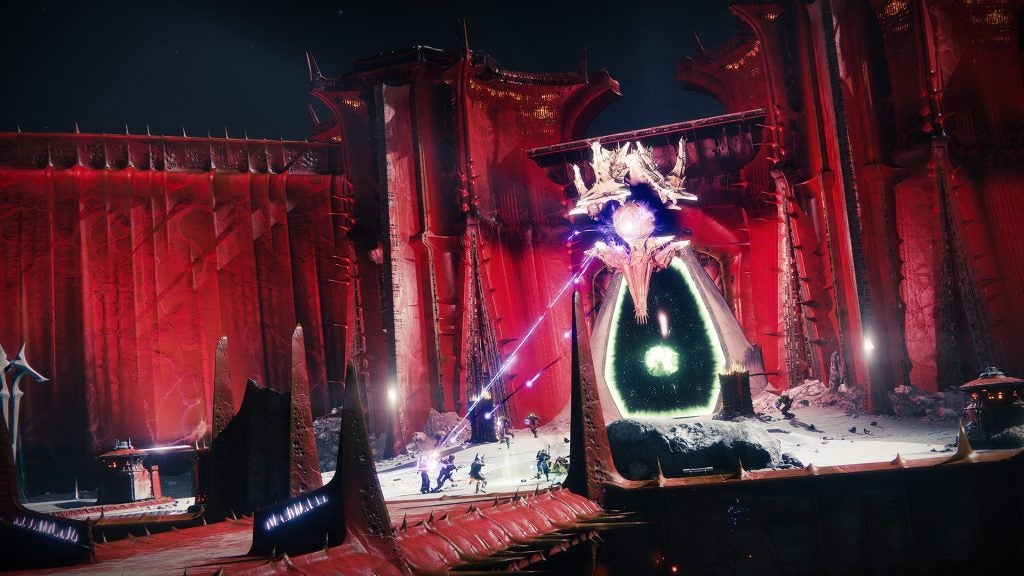 After my third completion of Shadowkeep’s campaign, I was exhausted with the enemies. Even the underlying mystery of the Pyramid wasn’t enough to keep me scouring for lore. In fact, you never really reach the story’s end thanks to the Vex Invasion of the Moon and other content additions set to debut in the coming weeks and months.

In true Destiny 2 fashion, you are edged out of the story surrounding the Nightmare enemies and the Scarlet Keep by another bigger bad – the Vex – before truly experiencing a climax akin to that of its predecessor. It’s Bungie’s greatest strength and its biggest weakness, constantly upping the stakes and moving your focus to another threat.

But what a threat it is, the Vex invasion on the Moon and accompanying Vex Offensive activity is insanely fun to participate in. The Moon becomes swarmed by the metallic monsters, with these specific Vex boasting a mossy look that differentiates them from the boring old Vex of previous games. As a six Guardian activity, the Vex Offensive event doubles down on this overwhelming feeling of truly being invaded.

There’s hundred-upon-hundreds of Vex that emerge in an instant from an eerie puff of smoke befitting of Shadowkeep’s overall atmosphere. There’s no time to react – they are in your face before you know it –and that’s only the start of your time with the Vex. 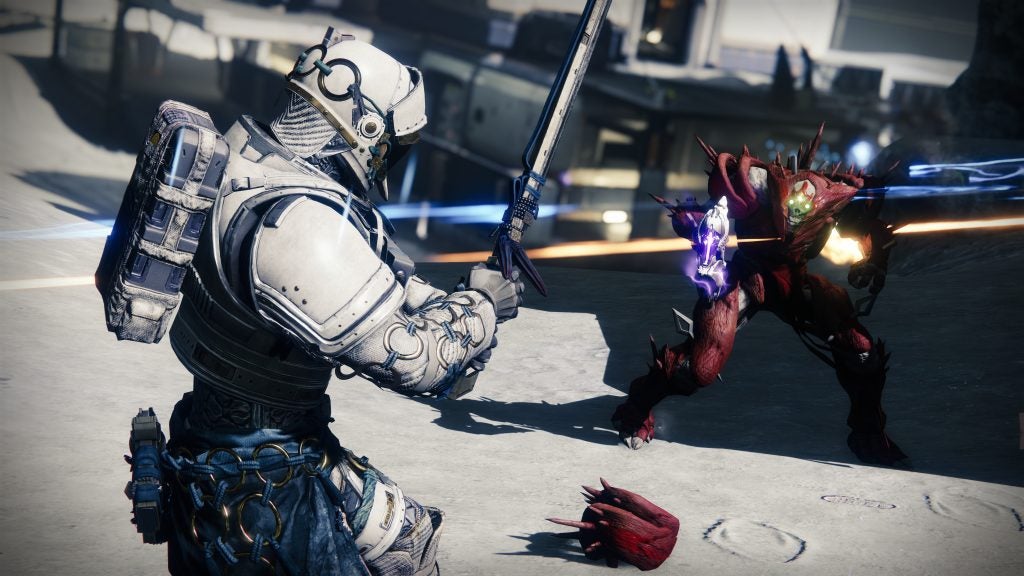 As Shadowkeep’s accompanying raid, the Garden of Salvation, is predominantly based on the Vex and their Black Garden, you’ll find the overwhelming feeling of powerlessness accompanying the invasion reaches its peak in this encounter.

This is the pinnacle event in Destiny 2, only the most hardened player will be able to complete it, but it’s something everyone should at least try. All four phases of the raid felt natural and mastering their mechanics was incredibly rewarding, more so than previous raids that often felt needlessly obscure.

No matter what content you are digesting, each and every new area is to die for. The Moon is exactly how you remember it, but more realised. The recreation of Destiny’s first mission is now part of every new player’s experience, meaning you get to actually play in small sections of Earth that were once only referenced in small nuggets of lore.

The Vex Offensive and Garden of Salvation areas are absolutely gorgeous arenas draped in luminous flora, rusty metallic objects, and the revision of the Vex you fight in each really reflects that they were long abandoned, left behind by Guardians who went elsewhere.

Underscoring it all is a wonderfully eerie soundtrack that quietly accentuates the overall atmosphere. It’s quiet when most needed, loud when critical encounters amp up, and rich in rhythm. It fits perfectly within the overall OST to boot. You can even hear some sporadic vocals that are fittingly haunting as they cut through the bullets flying overhead. 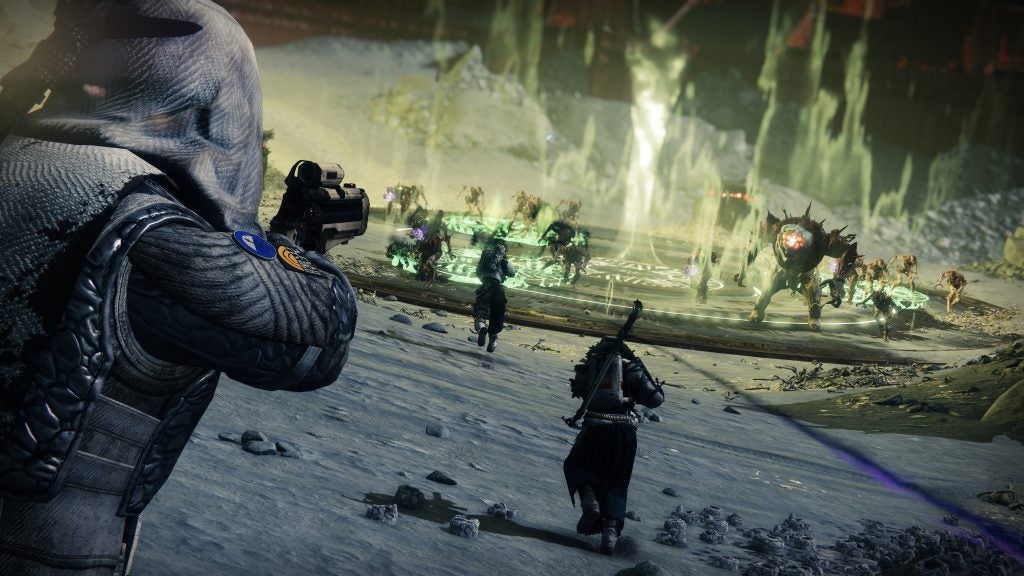 But Shadowkeep isn’t just about new content. Bungie have finally looked under the hood and revised how armour, mods, and the fabric of how Destiny 2 functions. The first, and by far the most significant, is Armor 2.0. Previously, Destiny 2 was all about finding multiple pieces of armour, building them up with single use mods, and then hoarding countless varieties for each weapon you might want to use.

It was so rigid that your vault was often crowded and the progress made could be lost in an instant, thanks to whatever flavour-of-the-week weapon you used being nerfed. Now, Armor 2.0 encourages players to dedicate themselves to individual pieces of armour, making mods a one-off discovery that can be placed in various slots.

In turn, levelling that armour can be a bit more time consuming, but the overall result is that you have a piece of armour that you like to look of that can be adjusted to fit nearly every occasion, so long as the elemental type of the armour matches that of your mod.

The content stream doesn’t stop there, Bungie has also promised a more steady flow of content throughout the season, too. With every copy of Shadowkeep, players also received a season pass for the Season of the Undying. This is a commitment from Bungie to continue to update and grow Shadowkeep’s story as the months pass by.

Within the season pass players receive a ‘Seasonal Artifact’, which will be included in all seasons, that adds specific mods to your collection offering new functions for your weapons. In the Season of the Undying these mods are focussed on destroying new enemy types, specifically those with with special barriers or unstoppable enemies that need their energy disrupted to be defeated. 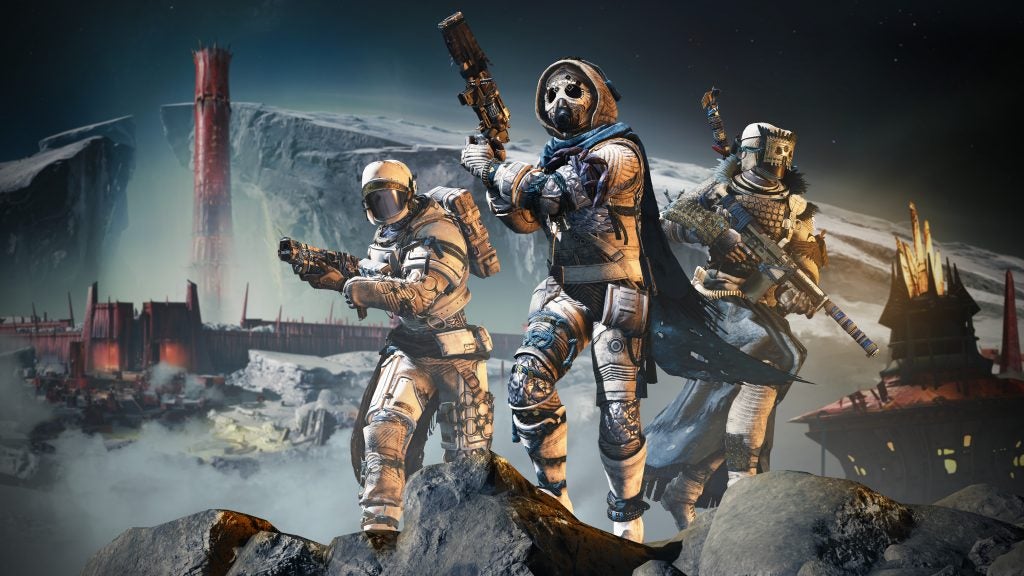 Previously, the gain of XP past level 30 felt irrelevant. You’d occasionally get a Bright Engram and the rewards were negligible. Now you have something to focus on – obtaining a level 100 pass within the season. On top of that, this ‘Seasonal Artifact’ has its own power level that’s shared across all of your characters – adding an additional level of value not seen before.

It can’t be stated enough that Bungie has really tried to create a more living feel to Destiny 2’s content schedule. There’s even new Strike and Crucible maps, on top of everything else – all of which bolsters each and every activity in Destiny 2.

There’s just so much going on in Shadowkeep, and the Season of the Undying, that listing nearly every additional component and tweak would end up boring you to death. To put it simply, Shadowkeep is the overhaul Destiny 2 needed.

Returning players have a renewed purpose to continue playing throughout the season, while new players have a more streamlined and clearer route to progression without a massive barrier to entry (largely due to Bungie raising every player’s base power level to 750, and removing the initial requirement to level to Level 30). And underneath it all is the stellar shooting Bungie is renowned for.

If you were ever curious about Destiny 2, Shadowkeep is the perfect entry point. If you are a reneged player that struggled with content doubts, there’s no better time to come back. And if you are neither of the aforementioned, you probably should be. Shadowkeep is everything every player wanted from Destiny 2 and in true Bungie fashion it was delivered with a bang – which presumably emanated from the servers as they exploded on launch night.