Ultimately, the ability to run a full version of Windows 8.1 and not limiting RT is the biggest appeal of owning something like the Venue Pro 8. You can install full desktop applications with a 32GB of hard drive space that’s actually around 25GB. There is an alternative configuration so you can move up to 64GB and will cost you closer to £300. This means you are not restricted to downloading applications from the Windows Store, which still lags behind Google Play and Apple’s App Store for content.

For anyone who has used a Windows 8 tablet, the interface, charm bar and desktop mode will all be very familiar. The typical apps are included with Bing-powered content for sport, travel, health and fitness and food & drink all beautifully presented. Xbox powers music and gaming while Dell includes four maintenance-style applications to keep the tablet up to date.

The big sell is getting Microsoft Office Home and Student 2013 for free, turning this into a potentially great productivity tool. We say potentially, because to make the most of it you will need to invest in a Bluetooth keyboard, something that Dell does offer as a case or standalone format, but again is something you are going to have to pay extra for.

Typing away on a third-party Bluetooth keyboard is fine but our problems with getting the most of it is the fact that the classic desktop mode is not scaled to make it easy to use. The icons are too small to make and it’s far too fussy trying to drag windows around the screen to make it a truly intuitive experience. You can pinch and zoom within windows, but it isn’t enough to make working with it anything other than frustrating. 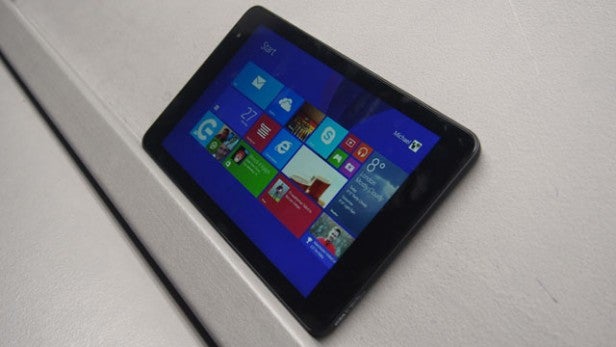 The scaling issue can also be extended to some apps like Netflix, which runs with borders instead of filling the whole screen and that could irritate some when the entire screen is not fully embraced.

We naturally spent most our time in tablet mode to search the web, play games from the Windows Store, watch movies and look at photos. That’s another issue that Microsoft needs to address, making the two more closely intertwined and not so alien from each other.

Rumours suggest the next Windows 8.1 update will integrate Metro apps into the Classic desktop mode and that could be a step in the right direction to make this operating system more suitable for an 8-inch tablet.

Like its rival 8-inch Windows tablets, the Dell Venue Pro 8 is powered by an Intel Atom Bay Trail quad-core chip with 2GB of RAM to handle multitasking. While not in the same league as Intel Core i3/i5/i7 processors it gives the Venue Pro 8 enough power to handle a full version of Windows and ensure the battery life is enough to make it through a least a day’s use. The Intel Atom Z3740 processor is clocked at 1.8Ghz, just slightly higher than the Toshiba Encore and certainly leaves us with a better impression. 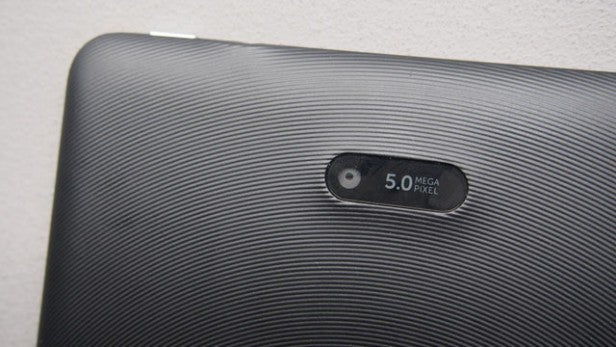 For general navigation swiping around the UI, the Venue Pro 8 is a nice, zippy performer. It handles snapping apps for multitasking with little issue and games like Wreck-It Ralph run nice and smooth. It’s not all good news, though. The app loading times still grind and even trying to pair devices over Bluetooth can take an age to connect. Some of the more visually demanding games on the Windows Store like Avengers Initiative still suffer from some minor framerate drops, too.

Turning to the benchmarks, in the 3D Mark Ice Storm Unlimited gaming test the Venue Pro 8 scores a 15,005 beating the Toshiba Encore’s 14,024 score. It’s still behind the Qualcomm Snapdragon 800-powered RT-based Nokia Lumia 2520 (16,123), though it outperforms the Microsoft Surface Pro 2 (13,557). In the Geekbench 3 Pro tests the Venue Pro 8 manages a 2,515 multi-core score, which is roughly around the same as the Nexus 7 (2523) and iPad mini 2 Retina (2551) manages. This suggests there is very little difference in raw performance, although we’d say the reality is iOS and Android are snappier and faster to load then Windows 8. The Venue Pro is still a marked improvement over the Encore, though that’s more a reflection on how poor the Toshiba was.

If you want to take pictures of the selfie or scenic variety, Dell has included a 5-megapixel rear-facing camera and a 1.2-megapixel front-facing camera. The main camera delivers the kind of quality you’d expect from a budget phone with a fairly low-resolution sensor and very little in the way of software to take great pictures.

As the samples show below, the low-resolution sensor produces images that lack sharpness, look overprocessed and colours that are far from accurate. There’s no LED flash so it’s not going to be much help taking shots in low light and the front-facing camera is adequate for video calls and much less useful for photos. The HD video recording similarly suffers from the kind of noise and underwhelming quality that you are unlikely to swap your smartphone for filming in a hurry. 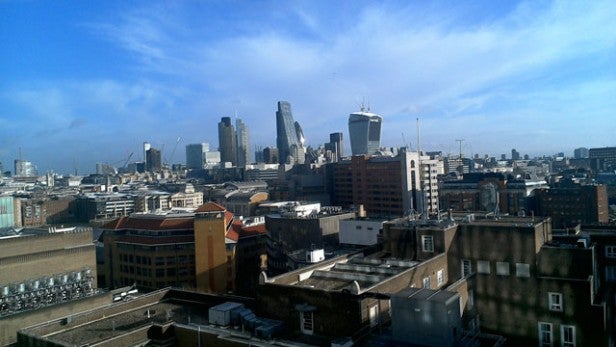 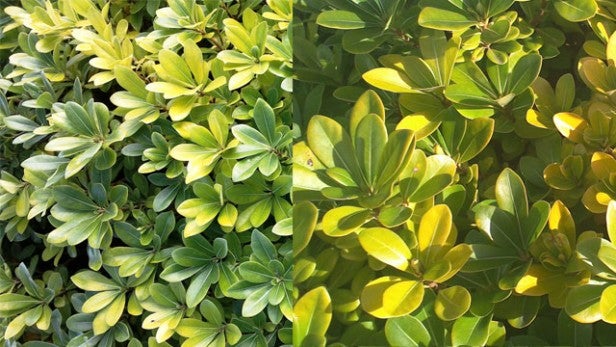