It’s in the performance stakes where things get interesting. The model I tested was a step up from the bottom spec, equipped with a top-end quad-core Intel Core i7-7700HQ processor, 16GB of DDR4 memory, a mid-range 4GB Nvidia GeForce GTX 1050 Ti GPU and 256GB of SSD storage combined with 1TB of bulk hard disk storage.

There’s a less-powerful specification available that features a quad-core Intel Core i5 chip alongside a less powerful, Overwatch-friendly 4GB GTX 1050 graphics chip, 8GB memory and a 256GB SSD. That’s an attractive specification given the price, although the £200 step up for better graphics performance is worth it for those who want to play the latest games at Medium settings and above.

Whichever model you choose, you won’t be disappointed by performance. Both quad-core processors are powerful enough to edit video, simultaneously play games and stream them to Twitch without much bother. 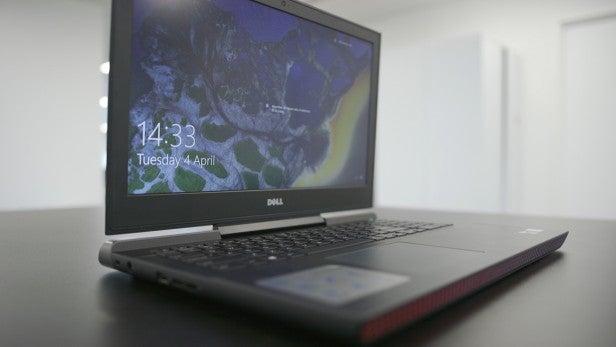 In testing, where I played some Rise of the Tomb Raider while streaming to Facebook, the fans kicked up a fair old fuss, but were never distracting. Indeed, the built-in speakers would do a fine job of blocking out most of the whining and whooshing anyway. In terms of heat, the right side of the laptop became warm, but not to the extent that it was  too hot to touch.

In terms of numerical benchmarks, the Core i7-7700HQ put in a solid set of results. Its 4131 and 12,033 single- and multi-core scores in Geekbench 4 put it in line with the Gigabyte Aero 14, a machine that costs £500 more, although in multi-tasking it was a little behind the competing MSI GP72 that carries a similar specification.

The same was true in the PCMark Home benchmark, where the 15 Gaming scored a competitive 3687 – but again, this was a fair whack behind the MSI GP72, which managed 4228.

Up against a couple of Full HD gaming benchmarks, it put in 50.2fps in Rise of the Tomb Raider on High settings in Full HD, which is excellent. In Middle-earth: Shadow of Mordor it managed 58.5fps at Ultra, while 45fps on High in Ghost Recon: Wildlands at Medium, Full HD, was a decent result. 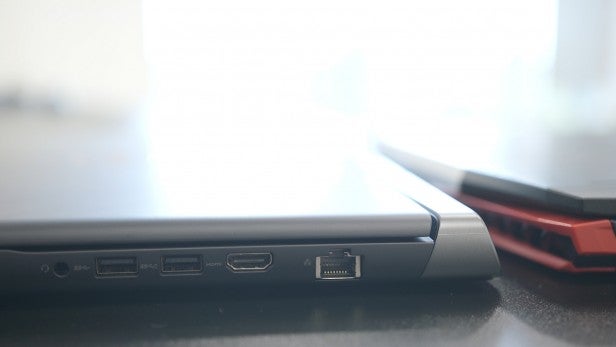 For the latest games, expect a mix of Medium and High preset settings, depending on whether you prefer ultra-high frame rates or sumptuous visuals.

Finally, the SATA SSD puts in a decent enough performance, managing 556MB/secs read speeds and 448MB/secs writes. It isn’t as fast as an M.2 SSD, but at this price you can’t expect much more.

The Inspiron offers excellent battery life for such a powerful laptop at this price, managing over 11 hours in our light-use Powermark test. Under more regular use I saw between six and seven hours of web browsing and video streaming, which is a great result.

In the Netflix test, it consumed around 15% every hour, which again suggests between six and seven hours of non-stop playback. 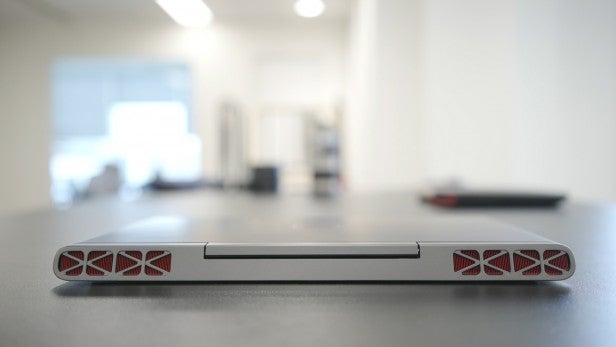 The 15 Gaming is a great laptop that loses points because of its poor screen. However, it isn’t alone here: the Acer Aspire VX 15 and MSI GP72 both suffer similar shortcomings, which points to a wider problem in the mid-range laptop market.

The difference here is that the Dell is a much better all-rounder than both the Acer and MSI devices. What it lacks in terms of screen quality it makes up for in design, battery life, build and its touchpad, making it a better choice than rivals.

If you don’t already have a monitor on your desk, you might consider saving up for one – especially if you edit photo or videos, or indeed just want to see your games in their full glory.

If you’re prepared to accept a poor screen for a host of other perks, the Inspiron 15 Gaming is a good choice.