What is the Acer Aspire VX 15?

Sub-£1000 gaming laptops received a huge boost when Nvidia made its desktop-level GTX 1050 GPU available for notebooks. This cheap and efficient GPU opened the door to laptops such as the Acer Aspire VX 15, which is capable of playing practically every current game on the market at reduced graphics settings.

Combined with a quad-core processor and a distinctive design, the VX 15 is a tempting proposition. But its lacklustre screen and below-average battery life limit its overall appeal, especially in such a competitive market.

Acer appears to have spent a fair bit of budget on the VX 15’s design, adding a host of red accents that leave nobody in any doubt that this is a gaming laptop. Red highlights come in the form of the keyboard backlight, rear space-ship vents, lid creases, WASD keys and the border surrounding the touchpad. Impressive.

Some will find it gaudy, but if you like a bit of fun then the Aspire VX 15 has that in spades. The other interesting design touch is the lid, which is supported by a hinge in the middle, but then appears to get an almost supercar-like winged design on the bottom corners. It has a comic book-like appeal – but, again, whether it appeals will be down to personal taste.

Actual build quality is relatively good. The wrist rest suffers minimal flex and the screen hinge sits sturdy. The lid is made from a brushed metal-style black plastic, which also feels robust. There aren’t any noticeable gaps in the various panels, and for a laptop that’s all about performance, Acer has been wise with its choice of materials.

There’s a decent selection of ports including three USB 3.0 connectors, a USB Type-C 3.1 connector for faster peripherals, an SD card reader, 3.5mm headset jack and an HDMI 2.0 port. And you get Ethernet, too. 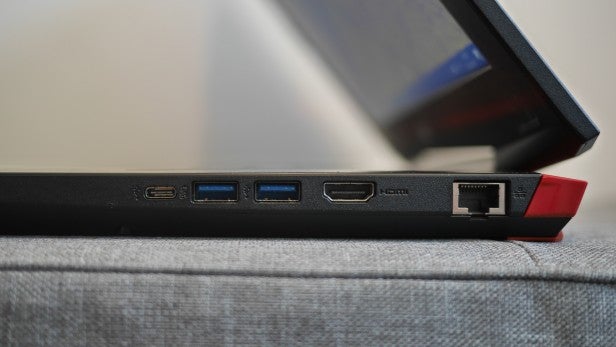 Thin and light this laptop definitely isn’t: it weighs in at 2.5kg, which although 150g lighter than the rival Dell Inspiron 15 Gaming, remains a noticeable weight in a backpack. Still, it’s just under 3cm thick, so will slide into most mid-sized bags with relative ease. 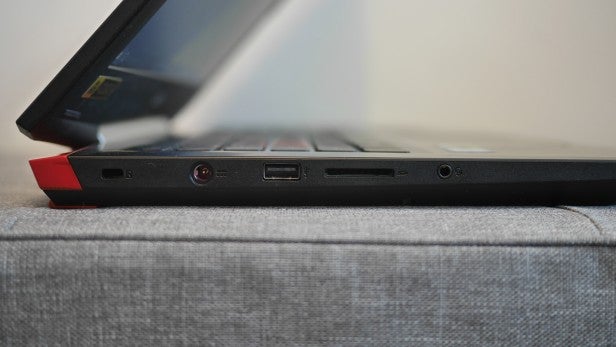 Speaking of Dell, the Aspire VX 15 goes toe-to-toe with the Dell Inspiron 15 7000 Gaming in pretty much every respect and is priced almost identically at each specification level.

I was impressed with the keyboard on the VX 15. The keys are topped in a smooth, grippy coating and the keypress action is quiet and responsive. I’m not so keen on the red backlighting, but the presence of any lighting at all is always welcome. 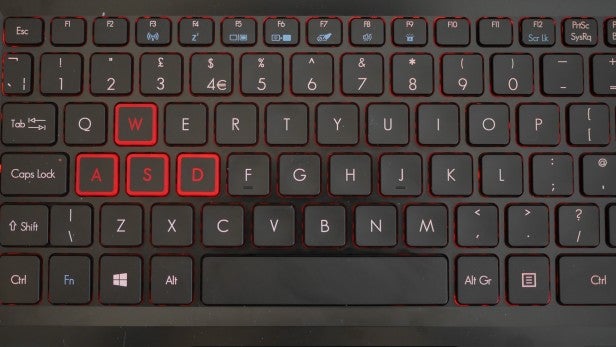 Thankfully there aren’t any weird design quirks, although the number pad feels slightly cramped on the right. I’m also not a fan of the power button that sits with the rest of the keyboard, but it’s unlikely that you’ll ever accidentally turn off your machine since it responds only on being held down for a couple of seconds.

The touchpad is similarly good. It’s Microsoft Precision-certified, so all your favourite multi-fingered gestures work seamlessly, and swipes and taps are responsive. The physical click isn’t brilliant and feels a little hollow, but it’s a minor point. 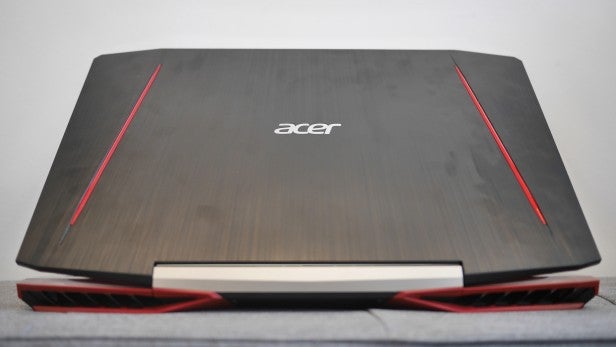 A common problem with £900-1100 gaming laptops in 2017 is the quality of their screens. The Dell Inspiron 15 Gaming side-stepped three-star purgatory because its positives outweigh its sub-par screen, but Acer’s panel is even worse – and that’s what seals its fate.

On paper, it should be fine. It’s 15.6-inch Twisted Nematic (TN) panel, and while TNs are the cheapest of the screen technology bunch, there are some very good examples out in the wild.

Sadly, the one featured here isn’t one of them – it’s the poorest I’ve seen. It displays a slightly warm, yellowy tinge, and vertical viewing angles are very narrow indeed. It isn’t hard to find the sweet spot, but that sweetness is so fleeting you’ll be adjusting the screen every time you move your head or the laptop. 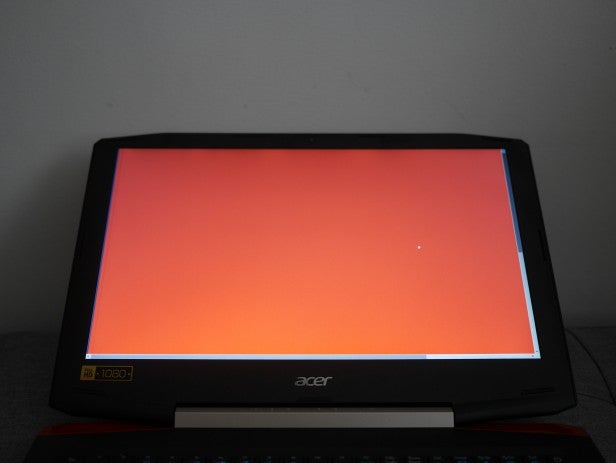 It’s hard to capture on-camera, but notice the colour shift from top to bottom. That image is supposed to be pure, deep red.

In addition, the screen’s matte coating has a horribly grainy appearance to it, which adds up to a pretty poor viewing experience overall. It’s fine for browsing the web and office tasks – but you won’t really be buying a gaming laptop for work tasks.

And when you fire up a game such as Ghost Recon: Wildlands, the panel’s shortcomings really show. Colours are muted and lush worlds lose all of their beauty, and night-time scenes are in need of a huge contrast boost to make some objects visible.

My quantitative analysis agreed with my eyes: Contrast was rated at a poor 316:1 (1000:1 would be ideal) and sRGB colour gamut coverage was just 59.3%. Maximum brightness wasn’t great either at 210 nits, adding to this screen’s list of sins.

There’s some relief in the fact that this laptop has an HDMI output, so you can hook it up to any external monitor. This is fine if you’re planning to use the VX 15 as a portable desktop, but there will be times where you’ll be using the built-in screen and not enjoying it very much.

The audio hardware inside the VX 15 is pretty good, managing decent stereo separation and a little mid-range and bass clarity. The pre-installed Dolby software has a decent crack at making the most of the hardware, with music displaying a fair amount of punch and dialogue that’s nice and clear. The speakers here aren’t quite as good as those in the Dell Inspiron 15 Gaming, but they’re close.

The webcam is shoddy for a £900 laptop, displaying a huge amount of noise at all times. It does feature automatic face recognition, though, so it will always ensure your face is prioritised over background objects and backlighting. The microphone is clear, and perfectly good for Skype conversations.