The history of the Danganronpa franchise in the west is almost as weird as the situations its teenage casts find themselves in. While the series debuted in Japan on PSP back in 2010, its primary exposure in the English-speaking world came when the anime adaptation was streamed internationally in 2013. That meant that by the time the games arrived here in 2014 – starting with the PS Vita port of the first instalment, Trigger Happy Havoc – a good chunk of the audience already knew the canonical twists and turns.

And so it’s continued – as sequels and spin-offs such as Ultra Despair Girls arrived on the increasingly niche PS Vita, Danganronpa’s main spotlight outside of Japan has been the anime series, rather than developer Spike Chunsoft’s source material. Yet with the bigger-budget third entry, Danganronpa V3: Killing Harmony, set for release in September, it seems the time is right to bring players up to speed with this PS4 collection of the series’ first two chapters.

The first game follows Makoto Naegi, the latest inductee into Hope’s Peak Academy, a school for only the most elite students, each of them the ultimate representative of their respective fields. Makoto is an exception – thoroughly average, he’s only invited to attend the institution because of a lottery, making him the “Ultimate Lucky Student”. 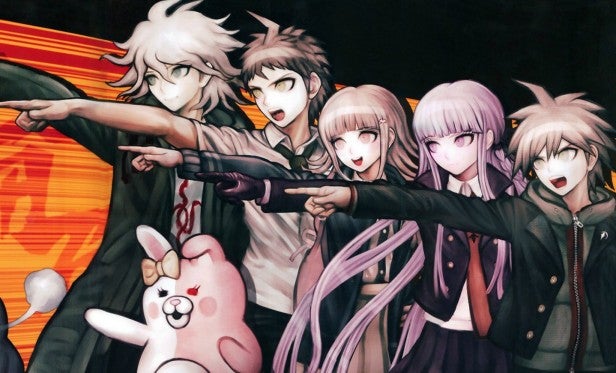 It may not be such good fortune after all, though. As soon as Makoto enters the school, he passes out, waking to find himself trapped inside with 14 exceedingly bizarre classmates. Things get weirder still when the self-proclaimed principal of Hope’s Peak, a bisected bear called Monokuma, informs the group that the only way to graduate is by murdering another student – and getting away with it.

The second game, Goodbye, Despair, kicks off with a similar premise but a new protagonist – fresh-faced Hajime Hinata – and a tropical setting. Here, a different class of Ultimate Students are marooned on their ‘school trip’, and again told escape is only possible through murder. At least this time the mood is lightened by the headteacher being a sweet-talking rabbit.

Both scenarios get their hooks into players early, but the mechanics may be too slow for some.

Core gameplay is split into two sections – Daily Life and Deadly Life – where you explore the school or island in first-person, highlighting objects or characters to interact with them. This is where the games’ background flavour comes in, with discussions and discoveries contextualising your situation and developing relationships with peers. When the murders begin you’ll investigate the scene, searching for clues or suspicious exchanges between your increasingly deadly cohorts. 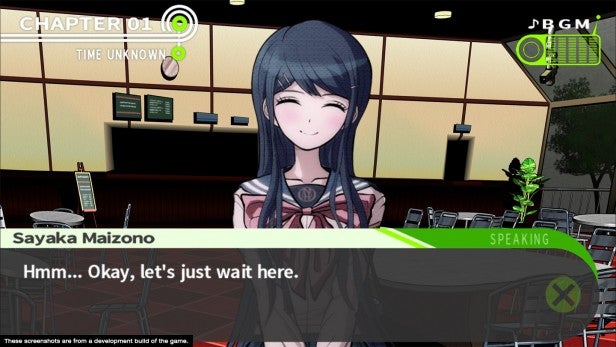 Movement is slow, and the conversations you’ll be reading through are sometimes even slower. Unlike the bad old days of point-and-clicks, tapping the triangle button on the DualShock 4 briefly shows every onscreen object that can be investigated, so at least you won’t be pixel-hunting.

Things pick up in Class Trials, tense school court showdowns where suspects’ testimonials are put to the test. In Trigger Happy Havoc, these will mostly be in the form of lengthy discussions where people try to establish their innocence, until you fire literal truth bullets to shatter their arguments with contradictory evidence. It’s more dynamic than Phoenix Wright yelling “Objection!”, that’s for sure.

Other trials mix the justice system up with Hangman’s Gambits, where you snipe letters forming clues, or the rapid-fire Bullet Time Battles, or Closing Arguments, where you’ll piece together visual representations of the crime in the form of a comic book to finalise your case and bring the murderer to justice. These systems are remixed in Goodbye, Despair – Bullet Time Battles become Panic Talk Action, for instance – and new ones added, such as agreement bullets, but in both games these sections are the most captivating moments, enlivened by the complex split-second decisions you’ll be forced to make and the sadistic fates that Monokuma unleashes on the guilty.

Getting to that point, and uncovering each character’s drives and motivations along the way, proves unexpectedly addictive. Even when faced with Danganronpa’s sometimes frustrating pace, you’ll find yourself gripped by the psychologically of the complex and deeply flawed cast. Both games play with your expectations, flipping stereotypes on their head and sometimes back again, leaving you genuinely surprised at certain developments. The writing is masterful at times.

However, while Reload packs in ‘enhanced’ versions of both titles, anyone who’s expecting crisp HD remasters may be disappointed. In terms of visual quality, the games are showing their age. Many backgrounds are still noticeably pixellated, seemingly a holdover from their handheld roots, while audio quality is perfunctory at best. On visual style, concept artist Rui Komatsuzaki’s distinctive designs and strange 2.5D aesthetic really stand out on a big screen, which will likely be one of the main draws for existing fans, despite the limited animation that hampers those designs. 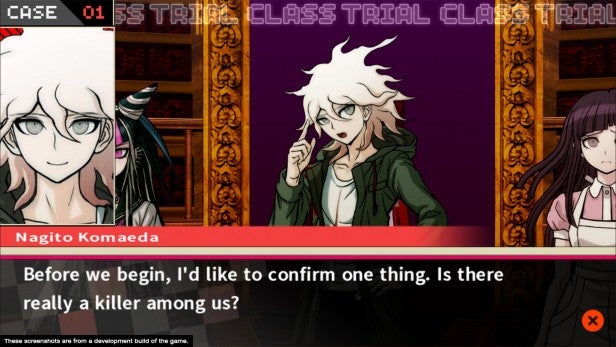 Voice acting is also minimal in both games, reserved mainly for key scenes, although purists will no doubt delight in the option of original Japanese performances alongside English-dubbed dialogue. Music is a high point, though, with even the menu screen likely to get your feet tapping thanks to its jazzy, calypso, bluesy melody.

Overall, Danganronpa 2 comes out the better of the two games here, but being the newer of the pair from their portable origins, the decks were stacked in its favour. Both remain entertaining, often surprising tales, and a great way to catch up with the series before the third episode arrives.

While it won’t win any awards for how it repackages the material, Danganronpa 1.2 Reload deserves attention for making two of the most captivating and mind-bending murder mysteries in any medium more accessible.

The series’ pacing may frustrate anyone not familiar with the verbose world of visual novels, but if you’ve the patience to try them out, this is a great series to start with. For existing fans, there are no real improvements over the Vita releases, though, so double-dipping is only advised for the most committed.