What is the D-Link mydlink Home Music Everywhere?

As its name suggests, the D-Link mydlink Home Music Everywhere (DCH-M225) is a device for sharing your music around the home. It plugs into any mains outlet, then uses its Wi-Fi connection and audio jack to stream music from your phone or computer to your hi-fi or portable speaker. It also functions as a Wi-Fi extender, too.

Like most of the mydlink Home range, the Music Everywhere is a compact white cuboid device that’s little bigger than a normal UK plug, with dimensions of 54 x 42 x 55mm.

It’s simple too. Connecting to your home network is done via Wi-Fi only, so there are no Ethernet sockets. Instead there is a WPS button on the side for easy one-touch connection to your Wi-Fi. The 3.5mm jack for the audio is on the underside while a single light on the front indicates connection status, power, etc.

Thankfully you do get an audio cable in the box and it’s a plentiful 1.5m in length. This is particularly welcome as the likelihood of having a cable of sufficient length so as to reach right from your plug sockets to the input of your audio system is pretty slim for most households. If your audio system has dual phono inputs, or something more esoteric, then you’ll have to provide a cable or adapter yourself. 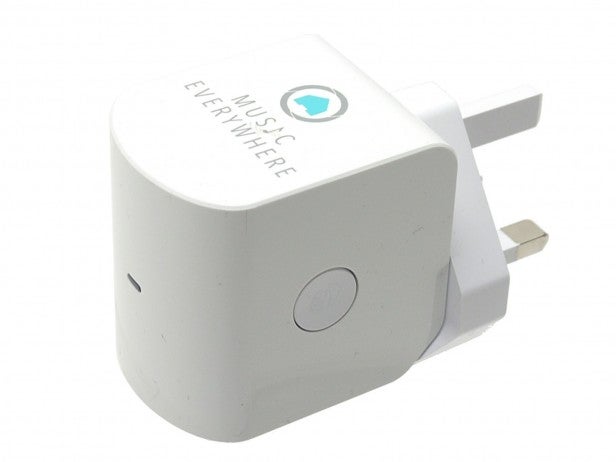 D-Link doesn’t provide stats for the quality of the audio adapter in the Music Everywhere, but does note that it’s compatible with either Apple’s Airplay streaming system or the more widely supported DLNA. This means it’ll register as a playback device on a host of systems including iOS and Android phones and tablets as well as Macs and PCs running iTunes and Windows Media Player (many other programs and mobile apps will work too).

As for Wi-Fi, it only supports the 2.4GHz band rather than having dual band support like the latest routers. This is less of an issue for audio playback, as very little bandwidth is needed for audio streaming. However, for when being used as a Wi-Fi extender this may limit its speed in some scenarios – particularly where you’ve got lots of competing Wi-Fi signals.

It also doesn’t support the latest Wi-Fi AC standard, though again this is overkill for a product of this type – if you want a high-speed extender that supports AC then you’ll need to pay a lot of money. Instead you get Wi-Fi b/g/n support.

Setup of the Music Everywhere is sadly not as simple as the rest of the mydlink Home range, which all run through a central mydlink Home app and use a nifty QR code reader to connect to your home Wi-Fi network. Instead, here you have a choice of three options for setting it up.

First, you can use WPS to connect the Music Everywhere to your network. Second you can connect to the Music Everywhere’s own default Wi-Fi signal then navigate to it’s own internal homepage to manually input your home network settings. Thirdly you can download another D-Link app called QRS, which can be used to search for and configure the device. It’s not difficult per se – especially if you’ve got a WPS-enabled router – but it’s definitely not as slick as the likes of the mydlink Home Wi-Fi Motion Sensor or Smart Plug.

It’s not just that setup is more cumbersome but the lack of support for the mdlink Home app also means you can’t use it’s Actions and Places tools for managing how the Music Everywhere integrates with the rest of your smart home. For instance you can’t have the Wi-Fi Motion Sensor trigger the Music Everywhere to turn on, or have it operate according to a schedule.

Of course music playback isn’t an essential home security tool like those other devices but it would still be nice to control the whole lot through one app, especially as they come under the same marketing banner.

This situation is exacerbated by the fact that to play music from an Android phone you have to download yet another app – one that’s compatible with Airplay – and most of the options we found were not very slick. For playback from Apple products you can just select the Music Everywhere from the list of Airplay devices, while on Windows it’s also pretty easy as Windows Media Player and many other programs support DLNA. 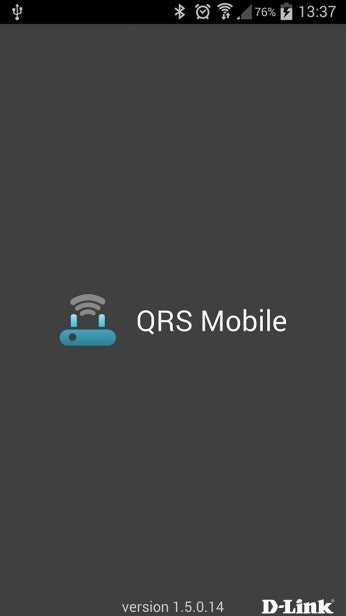 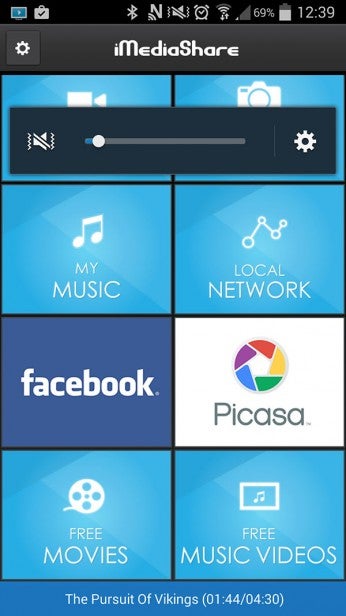 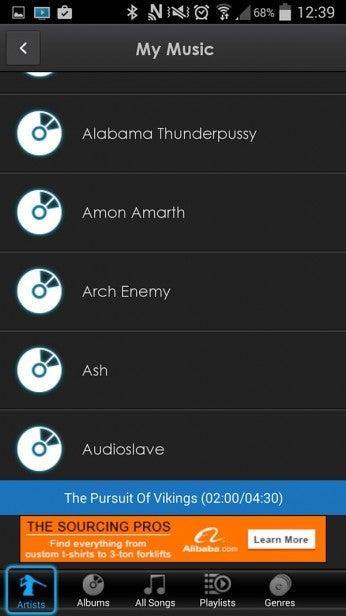 To get audio working on Android devices you have to use an odd selection of apps.

Despite all this the overall experience isn’t all that difficult – it’s just not super easy – and you’ll soon be streaming your audio to your heart’s content. Audio quality is certainly not of the absolute highest quality – after all, there’s a reason high-end digital to analogue audio converters can costs hundreds of pounds – but is more than adequate for the vast majority of casual home uses.

There is definitely something satisfying about not having to buy a whole new system to get wireless audio round your home and in fact having the facility actually detached from the sound system is useful for taking your wireless audio with you – got an old stereo in the garage? Now it can have wireless audio too. Just one or two of these devices – say one in the kitchen and one in the living room – really makes a difference to how you listen to music throughout your home.

For those with audio stored on their home NAS it is a shame you can’t control playback from your phone but that’s just a limitation on the app support so it could come in the future.

As for the Wi-Fi Extender, we had a few issues getting a reliable connection from it. This is something we’ve experienced before with Wi-Fi extenders, generally finding them quite temperamental, but the problem seemed a little more acute here. Part of the issue seemed to be that the range at which it would connect to our router reliably seemed to fall within the range where our router (an Asus RT-N66U) would still out perform it, i.e. it wasn’t actually extending the signal. Moving the Music Everywhere further away would cause it to drop its connection to the router, with only a less than 5m range where it actually worked properly.

This is particularly odd, as the similarly specced D-Link DAP-1320 was actually among the better performers in our recent Wi-Fi extenders round-up. Regardless, we’d consider the Music Everywhere a wireless music device first and a Wi-Fi Extender second. 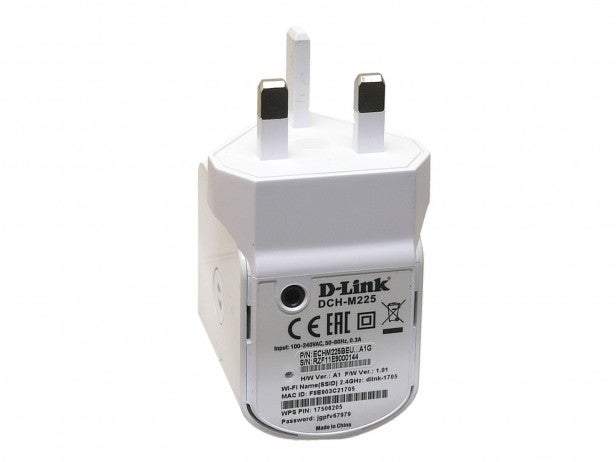 Should I buy the D-Link Music Everywhere?

The Music Everywhere gets the job done, providing an easy way to add wireless audio to your existing home audio systems, enabling you to stream music from just about any PC or mobile device you could own. It also gives a modest bump to your Wi-Fi signal in some situations.

However, it doesn’t do any of this with particular aplomb, with the music playback options for Windows PC and Android users being a bit clunky. The Wi-Fi extender also seems fairly limited in range. Particularly compared to the super-slick operation of the D-Link Motion Sensor and Smart Plug it’s a little disappointing. Here’s hoping D-Link adds better support for the Music Everywhere into its mydlink Home app.

All that said, it’s still a relatively inexpensive way to get both a wireless music player and a Wi-Fi Extender so it’s still well worth considering.

Compared to the other mydlink Home devices the Music Everywhere is something of a let-down in terms of its setup and ease of use. However, it does the job and is competitively priced, making it a good option for adding wireless audio to your home.