What is the D-Link mydlink Home Smart Plug?

Ever used one of those timed plug sockets to turn a light on and off while you’re away on holiday? That’s what the D-Link Smart Plug (DSP-W215) does, except you control it directly from your phone. It’s as simple as that. Of course you can use it to turn whatever device you like on or off, but the beauty is that you can do it wherever you are in the world.

Given that this is such a simple product, it’s no surprise that it’s a simple-looking one, too. This little white box, measuring 96 x 62 x 45mm, has a plug on its back, a socket on its front and that’s about it.

A light on the side indicates status and sits next to a WPS button for quickly and easily connecting the Smart Plug to your network.

The only other feature is, well, actually quite an important one. It’s a button for manually turning the device on and off. What makes it particularly useful is that it relays back to the app on your phone that the plug has been turned on or off so you don’t need to remember if you switched it on – you can know for sure via the app. 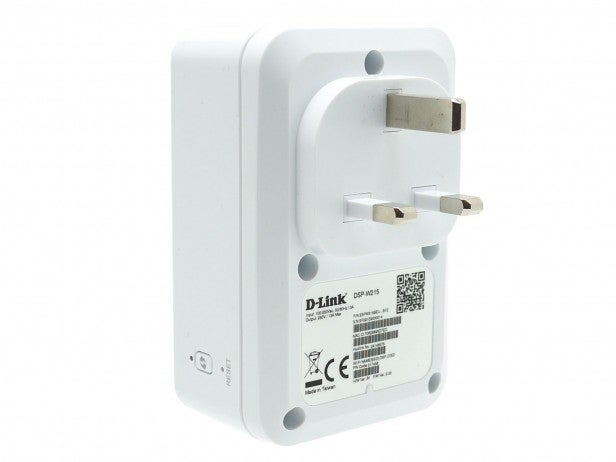 In terms of the physical design, we’d prefer it to be a tad smaller, as it does foul against other neighbouring plugs if they’re also quite large, but otherwise it is what it is.

The mydlink app is a free download from either the Apple App Store or Google Play and it works in conjunction with the other products in D-Link’s mydlink Home range. These include a motion detector, a music extender and a selection of cameras.

The app automatically locates and sets up the devices for you. It then lets you create schedules so that devices switch on or off at certain times of the day, and define actions so that one product can trigger another. You can also allocate devices to locations so you can control sets of devices according to difference schemes – one for the house, one for the shed, etc. 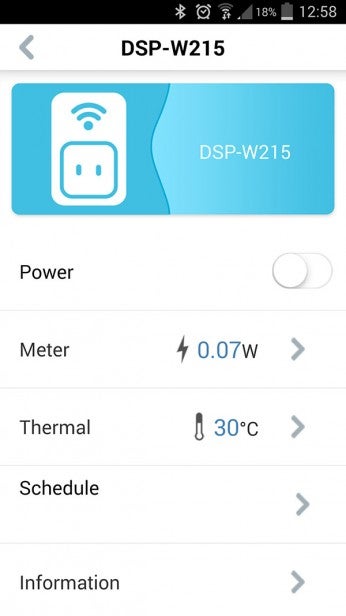 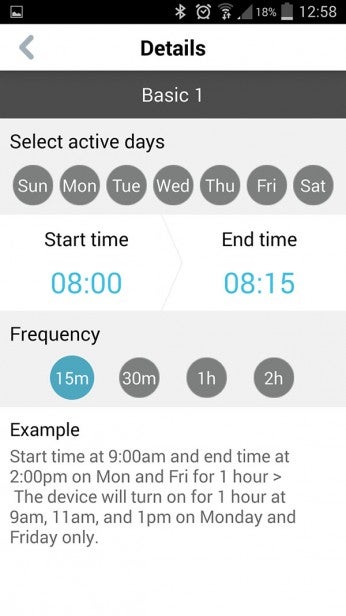 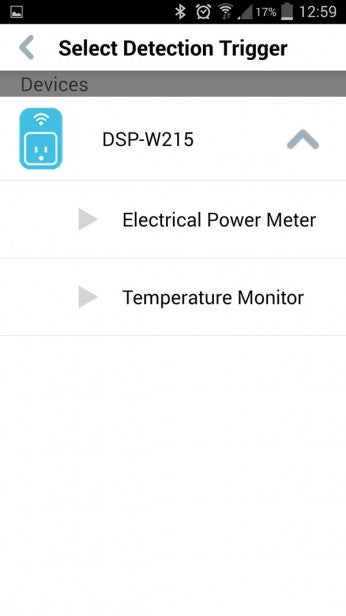 It’s a shame the Smart Plug doesn’t come in a tin, because if it did that famous Ronseal line would definitely apply.

Setup is a cinch. Just plug it in, download the app, connect to your Wi-Fi and connect to the Smart Plug. You’re good to go. OK, so you do have to sign up to the mydlink Home service if you haven’t already done so, but otherwise that’s it – you can turn things on and off to your heart’s content.

After the device has been left idle for a while, the first time you turn something on or off it takes two or three seconds for the action to happen. Subsequent switches happen almost instantly, though, until the device goes back into its low power mode.

Tapping the button on the device also sends a notification to your phone – a feature that, perhaps somewhat annoyingly, you can’t opt to turn off.

The Smart Plug also tracks power usage so you can see in real time on your phone how much power is being drawn and even setup a power budget to make sure you aren’t wasting too much energy.

Temperature is also monitored, with a user-defined cut-off limit allowing you to ensure the device trips out before it draws too much power and gets dangerously hot – useful if the plug’s in a confined space.

We tested the D-Link Smart Plug over both Wi-Fi and a mobile network and it worked flawlessly and speedily on both. If you’re the other side of the world it’ll inevitably take a little longer for the signals to do their thing, but that’s no fault of the Smart Plug.

Related: What is IFTTT? 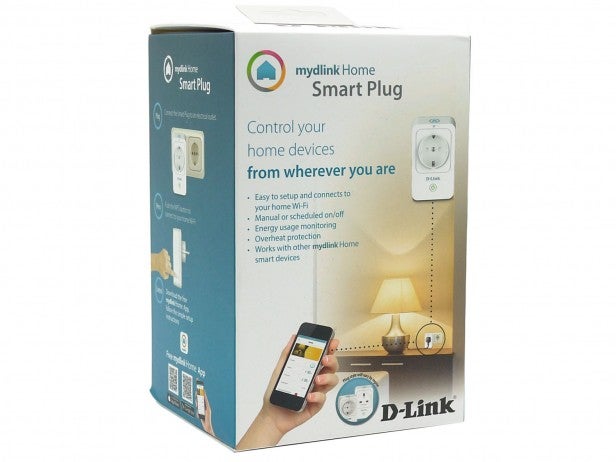 Should I buy the D-Link mydlink Home Smart Plug?

The D-Link Smart Plug is a simple product in concept, but to get the execution right is no mean feat, and that’s exactly what D-Link has achieved. It’s effortless to set up and use, yet is versatile and powerful, especially when used in conjunction with the other mydlink Home products.

Yes, it’s expensive for what’s essentially a replacement for a sub-£5 timed plug socket, but we think the extra versatility just about justifies the cost. The only downside is the slight uncertainty as to how well D-Link will support the product and whether you suddenly find the required app isn’t compatible with the latest phones in a couple of years’ time. We’ll just have to trust D-Link on that one.

It may be pricey compared to traditional timed plug sockets, but the D-Link Smart Plug does enough extra and works well enough to convince us that it’s a worthy investment. Simply never having to worry again about whether you remembered to switch your security light on is reason enough.