Be sure to check out our original review of Crash Bandicoot N.Sane Trilogy. Continue for our Nintendo Switch verdict.

After a lot of clamouring from diehard fans for his return Crash finally re-entered the gaming landscape thanks to the N-Sane Trilogy on PS4, a remaster of the original PS1 classics for a new audience that released to huge success.

Now, one year later, the trilogy is leaving PlayStation platforms for the first time with releases on Xbox One and Nintendo Switch, and eyes are on the Switch version in regards to how it holds up in comparison to its more-powerful brethren. The result is an experience with surprisingly few downgrades that brings the strong gameplay of the classics to a portable device. Even though the Switch lacks in power compared to PS4, N.Sane feels right at home on the system. It retains the same visual flavour with only a few visual compromises. In the process of retaining its personality of the PS4 release, only a minor resolution decrease was necessary to get the game up and running. The lively visuals pop when played on a modern display, although the portable mode experience is noticeably blurry, much like the ports of DOOM and Wolfenstein.

One improvement over the PS4 version at launch, although it has since been patched with a handful of updates, is the load times. When it launched they interrupted the flow of things by increasing downtime between levels. Loads are a few seconds on Switch at maximum, helping retain a fast pace throughout so it feels optimised for portable play.

Two new levels have been added to the games: Stormy Ascent and Future Tense. The former is the weaker of the two, epitomising elements that place the original game as the weakest of the package, and simply feels unfair at times. Future Tense is definitely a lot stronger. It’s playable from the start, but I’d recommend completing Crash 3: Warped so you’re familiar with all of the tricks and obstacles it throws at you. The result is a fun, challenging level that doesn’t frustrate and feels satisfying once you finally reach the end.

With barely any compromises it’s easy to recommend if you have interest in revisiting the games for nostalgia or diving in for the first time. With the games having never left Sony consoles before now, this is the perfect opportunity for Nintendo gamers. 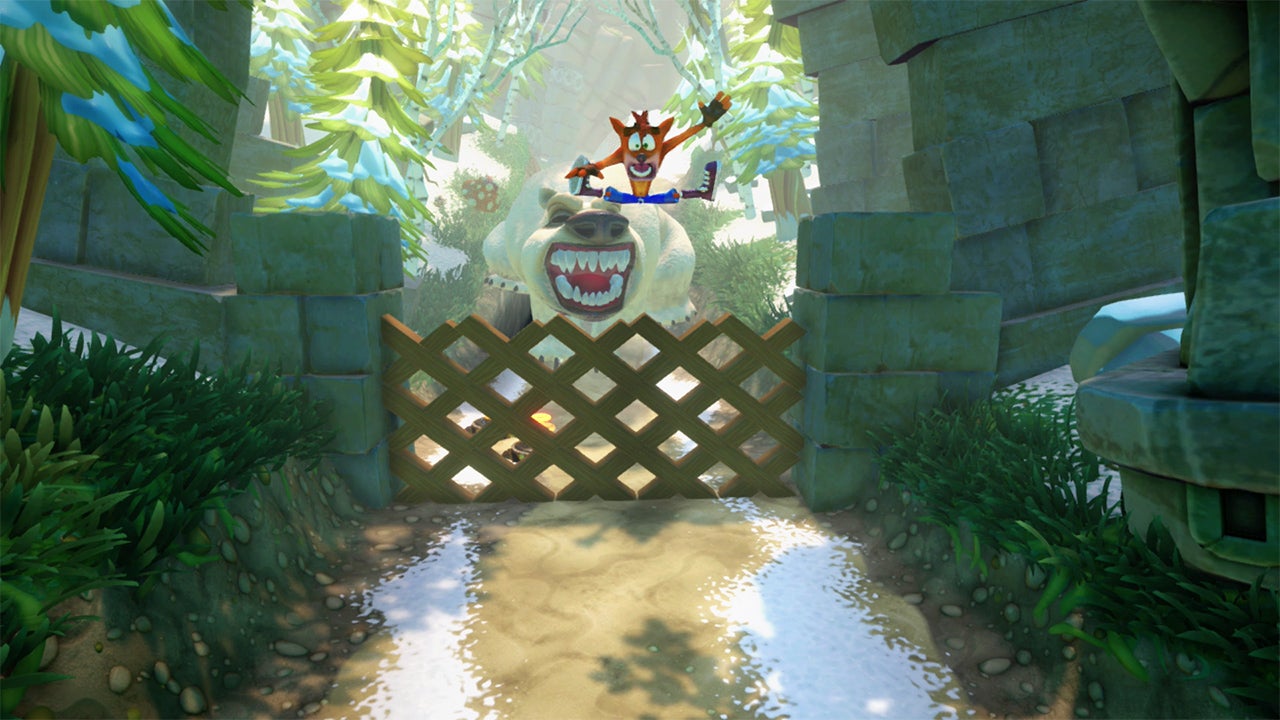 Any further issues on Switch hamper PS4 in equal measure. There are elements of the trilogy that haven’t aged as well since their original release, especially in the original effort, which as a whole is simply not as fun as the sequels on offer in this package. Sometimes when running directly into the screen it can be difficult to judge the distance needed to make certain jumps, leaving many deaths to feel cheap and unfair. Boss fights can range from interesting to the annoying to the comically easy, and once again, Crash’s debut is weakest in this regard in design, visuals and overall execution.

Whether you’re nostalgic for the originals or new to Crash Bandicoot, there is plenty of fun to be had with these platforming classics. The fundamentals are satisfying and the expressive charm of Crash and Coco is infectious. Difficulty spikes aside, the strong sense of satisfaction that comes from conquering a truly challenging stage is hard to beat, and the N.Sane Trilogy offers these moments in spades.

Despite first launching for PS1, to visit some of these games for the first time shows they stand the test of time, even if parts of the game have definitely aged. On Switch, with performance on par with other platforms and the added benefit of being able to play the game anywhere, this is arguably the best version out there. The N.Sane Trilogy is difficult not to recommend and it doesn’t matter if you’re a hardcore fan or a fledgling newcomer.