In 2017 remasters are everywhere and these seem to divide people right down the middle. Some believe there are too many, while others embrace the walk down memory lane. Ultimately the love or hate usually comes down to what the franchise in question is – and this update of the original Crash Bandicoot trilogy was considered a very worthwhile choice.

Bringing the original game, Cortex Strikes Back and Warped kicking and screaming from the PS1 into the modern day, these are the platformers you remember, although now they don’t look like were lost to the ’90s.

Everything here has been spruced up nicely, fitting in comfortably on your PS4. It’s not the prettiest game you’ll ever lay your eyes on, but that’s not the point. The N. Sane collection exists so fans can dip their toe back in without having to dust off an old machine – this isn’t a resetting of the series. 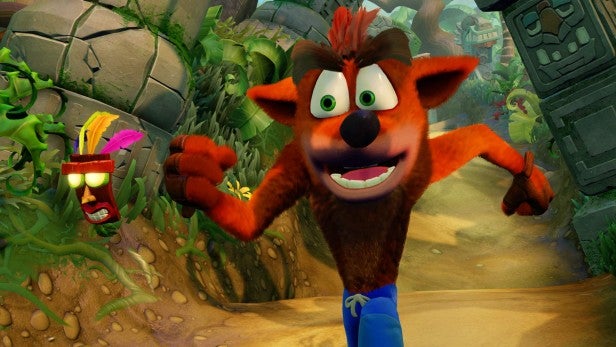 With that in mind, the update is fine, and Activision has done the job it needed to do. Crash is pleasant enough to look at and being able to see the gaming veteran exist comfortably on modern technology is a nice novelty all on its own.

For anyone expecting more than this, though… Well, don’t. It’s not going to make your brain explode as colours come rushing towards your face – which means the real reason to invest is for the games themselves. That’s a different matter entirely.

Crash Bandicoot first arrived on the scene in 1996 and a lot has changed since then. Even when it did debut it was quickly usurped by Super Mario 64, so to say this is old school would be the understatement of the year. How much you’re going to be able to deal with that depends on how much these titles mean to you.

There’s no doubt what’s here is fun, and given how many changes we’ve seen to the industry over two decades they do stand out in a unique way. The often blink-and-you-miss-them levels offer an entertaining blast of nostalgia and when everything does come together you can’t deny that smile on your face.

It’s incredibly satisfying to fly through a stage without making a mistake, and there’s a pacing here that’s easy to love. You keep gaining more and more momentum to the point you feel untouchable, and the sheer breeziness of each challenge does make for some great ‘just one more go’ fodder. 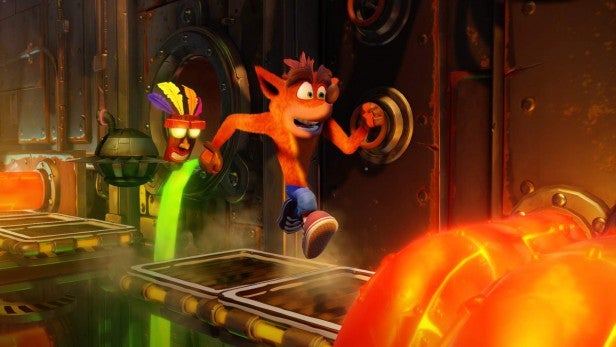 Crash, too, is a likeable guy. Coming straight from the era of mascots – this was supposed to be Sony’s answer to Mario and Sonic – he’s so ridiculous it’s hard not to warm to him. That is until you get deeper into the game.

While all three iterations are fun, they can also be infuriating. Often throwing obstacles in your way that you couldn’t possibly see coming – which results in so much trial and error you’re likely to tear at least a few hairs out in frustration – the controls are also not your friend.

Whether or not Activision has made any tweaks here I’m not entirely sure, but they can be so fiddly on occasion it’s maddening. This would be tough enough if you weren’t asked to pull off pinpoint platforming every now and then, but of course you are. That’s basically the whole point of the game.

There’s always room to try and overcome this, but sometimes that takes so long you’ll just want to turn off your console and go do something else. Seeing Crash fall down the same hole over and over again just because he won’t jump exactly where you want him to jump is no picnic, and before long it wears you out.

This feeling manifests itself in other ways, too, because the N. Sane trilogy is coming at you from the mid-’90s. We’ve evolved so much in that time that there are design decisions here that don’t hold up, and very well may not have done back then either.

Nowhere is that more apparent than in Warped, where vehicles have been worked into the mix. Clearly done to try and add variety to a template that was already starting to show its age, they’re not needed and not overly entertaining.

Trying to steer Crash’s motorbike is awkward at best, and the enemies you come up against in these sections just seem to be utterly random. As opposed to looking forward to these it’s more than likely you’ll just wish for them to be over, even if they do look prettier than ever. That’s not enough to paper over the cracks. 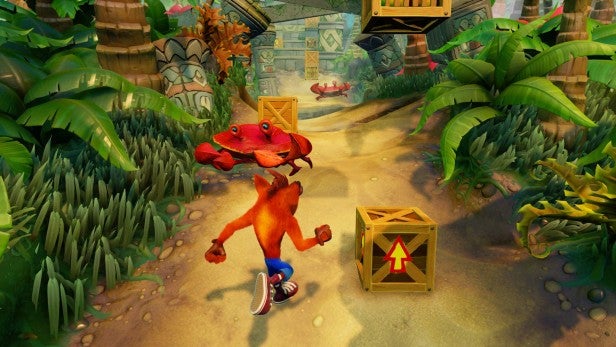 Overall, then, I can’t imagine anyone who isn’t familiar with Crash Bandicoot would want to get involved today, because the main appeal here really is the ability to revisit your childhood. That’s a strange power, especially where video games are concerned, and you can forgive these foibles if you loved playing these in your younger days. You’ll just forget about adulthood where you have to pay bills and remember a time when things were simpler. And bandicoots ran wild…

It’s no big surprise to say that the N. Sane trilogy is another pleasant form of fan service from Sony, which does seem keen on this kind of thing when you remember it’s doing the same with Final Fantasy 7 and Shenmue 3. And the intended audience will love it.

If you don’t fall into this group, though, I don’t think you should take the plunge now. Probably best to find something that was developed a bit more recently.

A pleasant, but flawed, walk down gaming memory lane.