What is the Corsair HS50?

The HS50 is the newest analogue gaming headset from Corsair. Priced under £60, this rather simplistic pair of cans offers great audio playback, decent build quality and a comfortable design.

It doesn’t sport any flashing lights or fancy surround sound like much of the competition, but the HS50 is nevertheless a cracking headset for anyone after an old-school analogue headset. 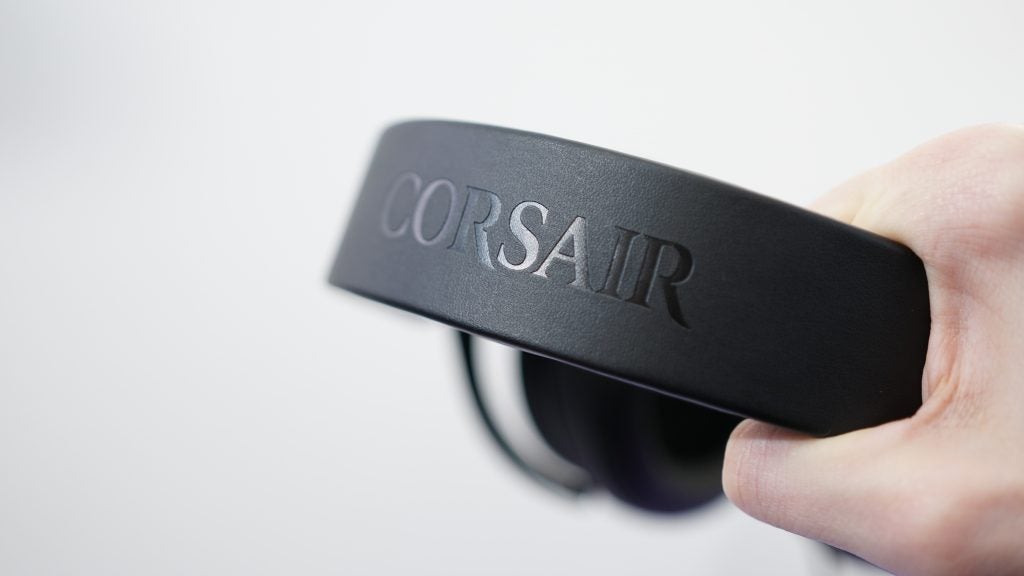 Taking a position in the crowded sub-£100 marketplace, the HS50 headset doesn’t really do anything to stand out visually. Its design is about as plain as they come, with the jet-black finish adding to the rather stealthy look. It won’t win any awards for inspired design, but I respect the rather understated tastefulness of this gamer-centric product.

The upper section of the headset is covered in a quilted leatherette material. It doesn’t feel particularly luxurious, but it’s at least super-comfortable against the head. Once again, there isn’t much to shout about visually, other than subtle engraving on the top. Corsair has completely nailed the head-gripping force, though, and it simply has to be commended. 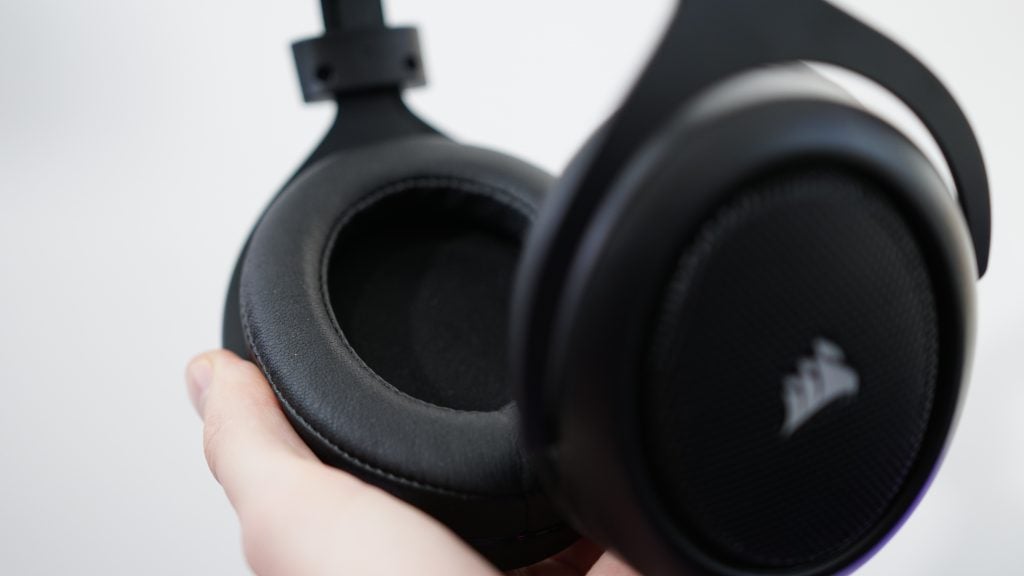 Look to the earcups and you’ll be greeted with wire mesh, and a small ring in your choice of colour. It makes the headset look like an open-back unit; but don’t be deceived, since it’s just for show.

My biggest gripe isn’t only that a spare set of ear cups isn’t included in the box, but that you can’t replace them at all when they become worn out. This is a disappointing design decision from Corsair.

In terms of controls, there’s a mute button and volume dial on the headset itself, both of which work surprisingly well. Thankfully, the flexible microphone is detachable, although sadly, a pop filter isn’t included. You do get a converter for PCs that use dual 3.5mm jacks inside the box, however. 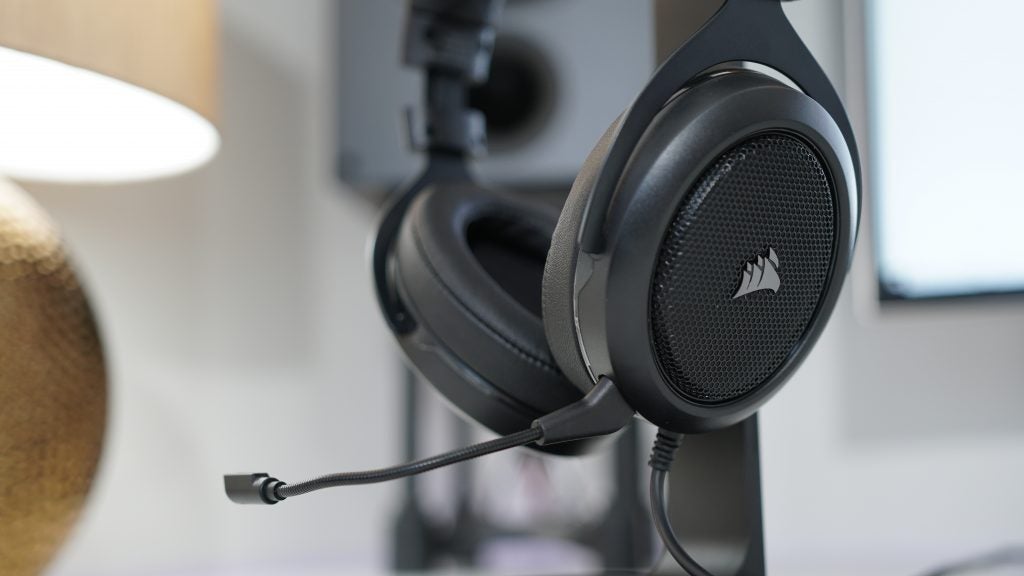 Some may find the headset’s appearance to be many shades of beige, but the audio quality immediately grabbed my attention. It’s fantastic. Although the dual 50mm drivers lack any surround sound smarts without an external gaming DAC, raw performance is way better than I expected for a headset at this price.

The HS50 really doesn’t sound far off a pair of similarly priced headphones, with a lovely warmth to music, and an immersive nature in games. Pushing Tidal’s Hi-Fi subscription into the cans arguably provided the best experience from any headset I’ve tested in this price range.

This is made possible as a result of the balanced sound signature. Although not the most open-sounding, it isn’t overly bass-heavy such as ADATA’s Emix H30 and nor is it lacking detail in the way of the Logitech G433. 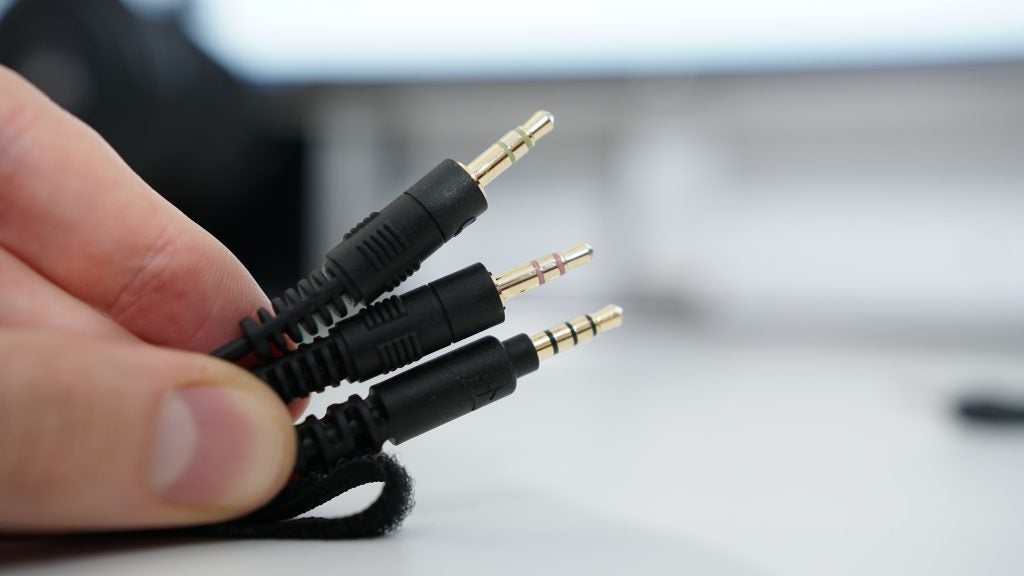 For testing I used the DAC inside Corsair’s own ST100 headphone stand, an Acer Swift 7 laptop, and a Pixel USB-C converter. As you’d expect, sound quality varied significantly between devices. The higher-quality sound processing in the ST100 provided a richer, cleaner and more enjoyable sound.

DACs are an important consideration: I’d always recommend a USB headset for those who don’t want to invest in one, since most motherboards just don’t provide good enough audio for the best experience. This is especially true on the microphone line-in, where static background noise can ruin any headset – so be careful.

Speaking of the microphone – thankfully, it isn’t too shabby at all. It’s Discord-certified, and very user friendly thanks to its flexible and mutable nature. It’s a tad nasally, though, and perhaps too quiet out of the box. But for use with VOIP clients, it’s going to be everything you need. 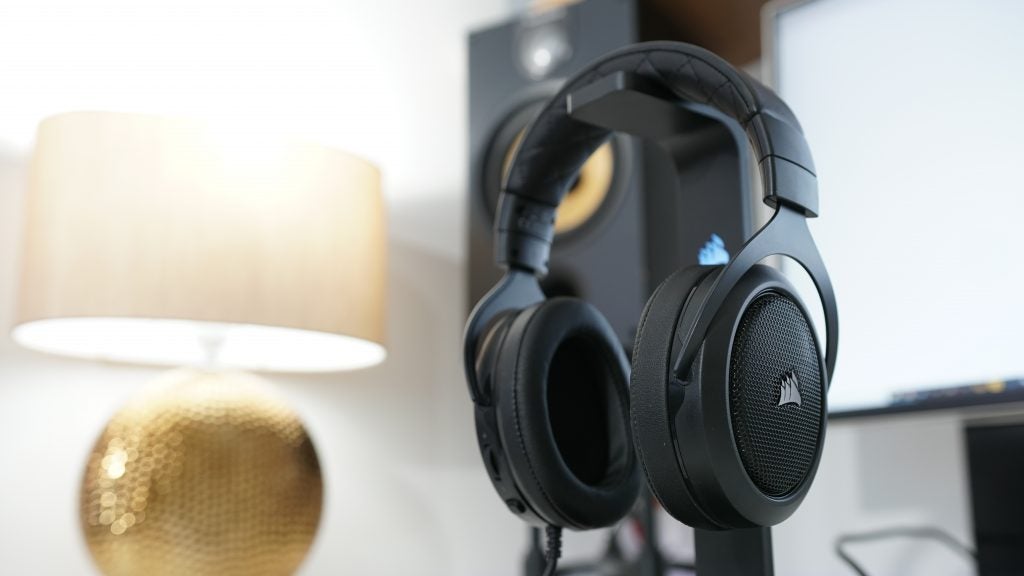 Why buy the Corsair HS50?

The HS50 is an interesting headset. Unlike so many, it doesn’t flash at you and nor does it provide any form of surround sound smarts. Despite this, the HS50 proves that function should always come over form – and what Corsair has produced here is close to the perfect £50 headset.
The usual analogue caveats apply, though. If you’re running off a lower-end motherboard, you’ll get a very different experience to someone running a dedicated gaming DAC.

However, if you’re in the market for analogue headset that not only sounds great, but is remarkably comfortable to wear over long periods, and costs around £50 – the HS50 is a no-brainer.

An understated analogue headset that offers everything a gamer would want.